A Crypto Journalist in This Day and Age

I Connect The Dots

"On my way to Boston for MIT Bitcoin Expo 2020 at the MIT Bitcoin Club. Excited to learn about new tech developments in the field."

Simple, humble words spoken by someone who's certainly humble but not in the least bit simple. Her sophistication is subtle, but much like her sincerity it's as deep as it is genuine. Who spoke those words? Meet Yilun Cheng, journalist at The Block Crypto. Five months into her career there and Cheng's changing things up and making waves. Read on and you'll be able to ride some of these waves with me as I cover the reasons why Cheng is... 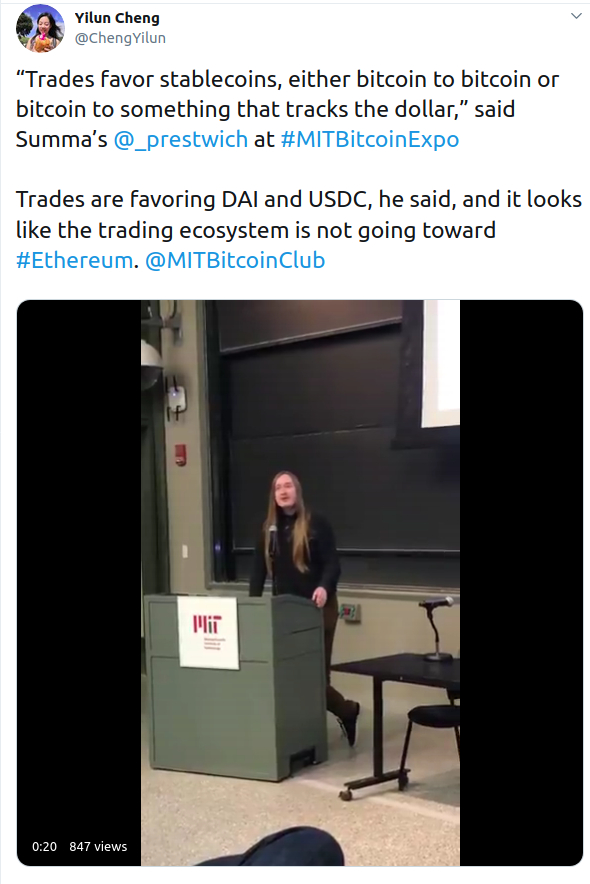 Literally. It all started with a tweet. This single tweet led me to discover Cheng and enabled me to form an impression of her as a professional and a peer. You'll note the following:

Firstly, Cheng is on the ground floor, not up in the nosebleeds or up in the personal space of James Prestwich, Founder of Summa. You might be sitting there thinking: "So what?" and to that I'd add: Not so fast. When you're in the field trying to acquire vital information, extracting factual data and doing so in a way which is meant to present itself as compelling, judging distance and assessing the comfort level of your subject is never as easy as it looks.

Secondly: Cheng's quote is relevant to what's going on. It's crisp, it's timely, it makes sense and ultimately would help to establish a narrative-based chronicle as opposed to a disjointed, entirely unconfigured stream of nonsense...but enough about my early years on the job.

As you'll see from additional examples of content Cheng produced, she was consistent all throughout and never once deviated while on the job. She didn't all of a sudden decide to go up (like many of us were feeling the temptation to) and take selfies with the giant Bitcoin for example: 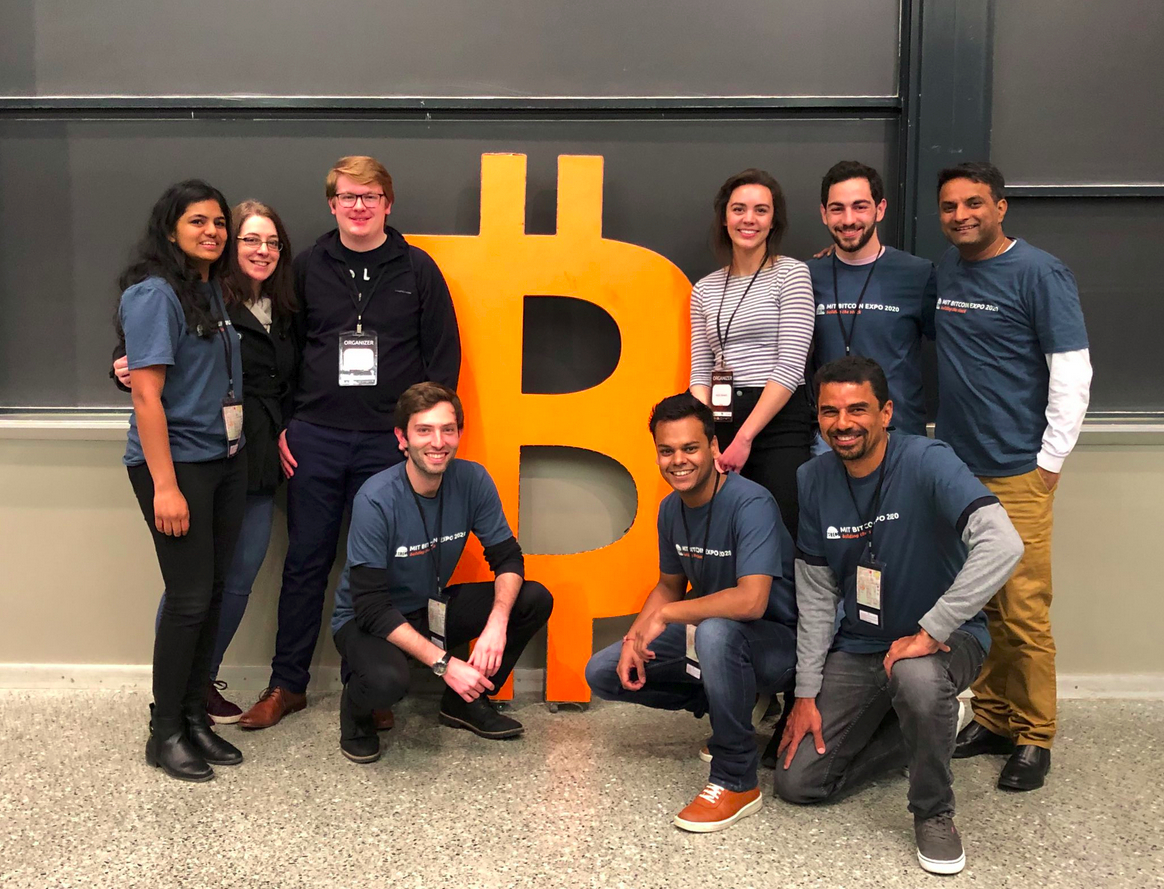 Oh in case you were wondering...the MIT Bitcoin Club are also quite extraordinary and seeing as they organized everything one supposes they have the right to spend a Bit of time with the props.

Getting back to our main theme, let's have a look at another one of her on-point tweets: 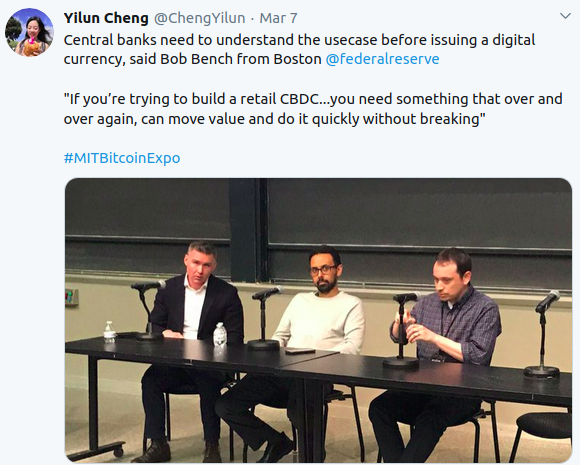 I would remind all of you that the risks associating with potentially flubbing on a scoop involving the Fed Reserve are, well, unpleasant to say the least. Cheng didn't need to worry about that though as she sourced everything exactly as it was said by exactly who and in what context. Never once did she write:

One more time for the people in the back: Just-The-Facts.

Choosing Cheng Was A Wise Choice: Why Might Dudas Have Done So

Mike Dudas, Founder and CEO of The Block, wrote an article a-way back in August of 2019 which I'd read with great interest. It informed me quite a bit about the individual behind the thought process:

Per the WSJ, even as she was downloading the data from Capital One's computers, Thompson was posting direct messages about major security issues on public message boards, "Dude so many people are doing it wrong." The massive Capital One breach has led many security
professionals to criticize Amazon's practices, with many claiming that the company doesn't do enough to alert its customers of misconfigured data that is ripe for hacking.

Dudas was pretty darn gutsy, but never once did the needle move into ridiculous territory. Providing timely, relevant, and actionable intelligence is something the best journalists take just as seriously as eating, sleeping, and etc. Observing Cheng go about her work at the expo, it became clear to me that, just like her boss, she was chasing stories and covering the news with an efficiency and integrity which reaffirmed my appreciation for our field.

Cheng isn't out there bothering people with her opinions. Cheng isn't telling people how she "feels". She's reporting the facts, just the facts, and there's no doubt that Columbia was fortunate to have her as a student because she's actually proving that she listened, learned, and gives a damn about the news.

This is SO important in the world of blockchain. Why? Because every Tom, Dick, and Grandma thinks blockchain enthusiasts are basically ninja hackers who are out to ruin your day.

...Cheng is in the field, camera slung around her shoulder and notepad in her hand. I admire Cheng - because according to protocol and the tradition of our trade she's checking all the boxes.

There's a lot of repetition here, and that's for a reason: As journalists, we have to bear in mind how tight of a line we tread between the precision of accurate analysis and the blurry world of a blogger's opinion. My editor at a hyperlocal news outfit had probably lost so much sleep and time when I first began covering the news, trying time after time to remind me that we aren't in this line of work to make friends.

Seeing Cheng work reaffirmed, for me, why my peers in journalism who lean into the wisdom quoted above can really impact the world. It's not just about distributing content or even about tailoring that content to make it shine extra bright...it's about doing as Cheng did: Observing and recording the news right. 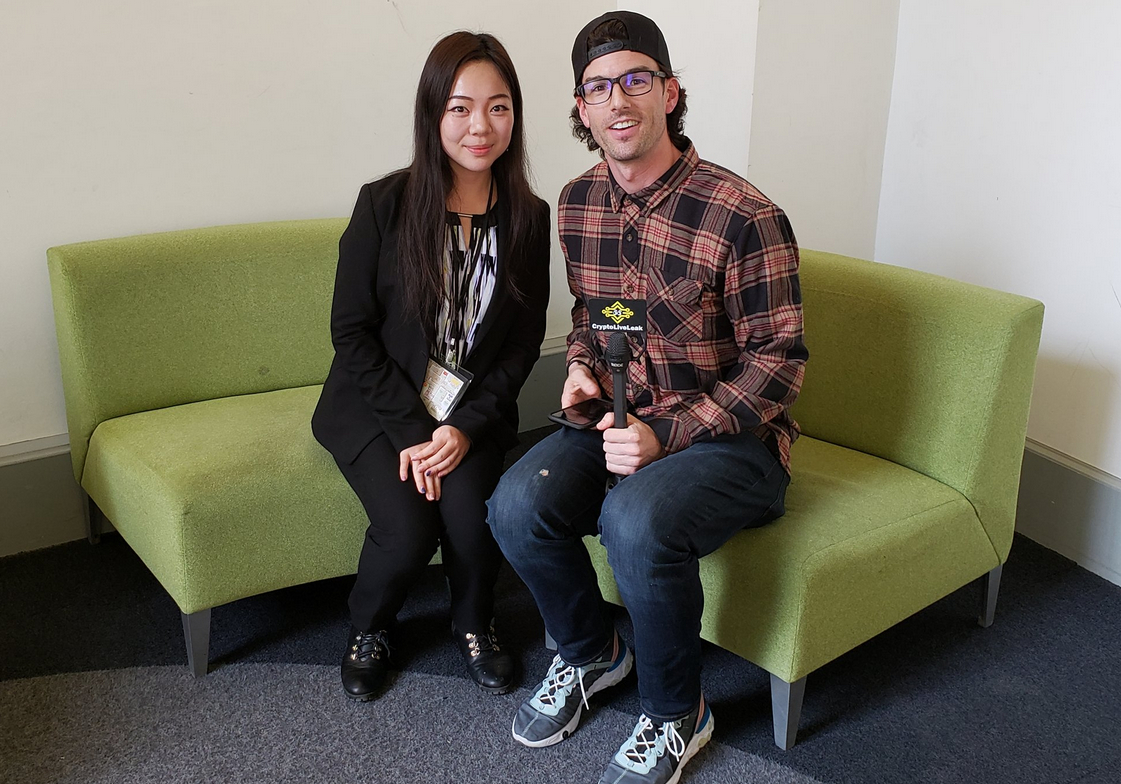 She was gracious and, at CryptoLiveLeak's invitation, even agreed to sit for an interview with our very own Benton Yaun. Each question which was fielded to her she answered with clarity and an easygoing but authentic demeanor. There was a curiosity which defines most of us in the industry - especially the ones just starting out who haven't been jaded by stale bagels, weak coffee, and even weaker or slower news cycles.

When at last we'd sifted through the usual stack of queries, it was time to open up and ask the really hard-hitting stuff:

Where's the best place to get a slice of pizza in NYC?

(Not an endorsement although that is some seriously tasty pizza)

The Building Blocks and Chains of The Future

We've all heard it: "Blockchain is the future" or some variant of that cool-sounding catchphrase. So who breaks down the blocks, who analyzes the chains? People like Yilun Cheng, that is.

Journalists in this space who may have quite the task ahead of them, but never shrink even if it can be a struggle sometimes.

As far as a peer review goes, I've simply reported on what I saw - Cheng got stuff done.