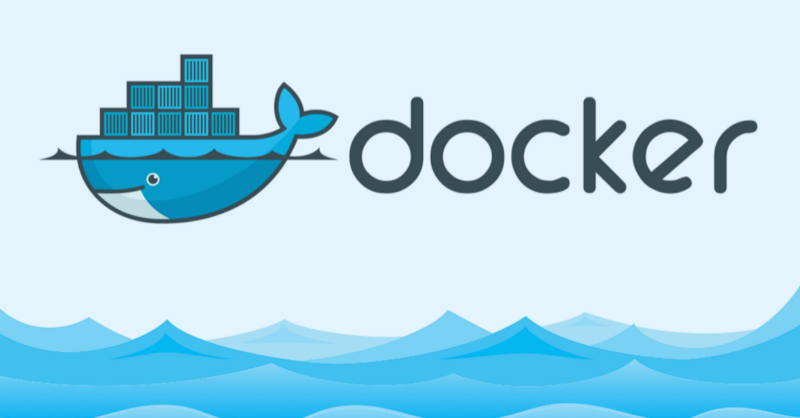 Recently I made a small website with Django and React very quickly, but I started feeling annoyed when it came to the deployment. I have to write the deployment script and Jenkins job and also have to deal with production configuration as well as secrets! I started to consider using container for this kind of small websites. I started from reading a docker book and surprisingly I finished the book in just one hour! (I read the same book three years ago for about two weeks and still didn’t know what it was talking about, so see how efficient when you actually have needs.)

The next day I encountered and googled quite a lot of problems when trying to containerizing the API service of my website. Although there are many tutorial about docker but few of them are about best practices. So I feel it would do some help if I could write my problems and solutions down. Now let’s begin.

The website I made consists of an API service written with Django and served with gunicorn, a front end written and built with React. Database is MySQL. An nginx serves the front end static files and proxy the /api/ to the API service.

Initially I considered containerize everything into one container but figured out that approach will have no scalability (well as a personal service there’s no chance to scale though). So at the end of day I decided to only containerize the Django API service part. The nginx on the host machine will proxy API requests to the container. The front end static files will be served from a directory directly by nginx. In this way, I can move static files to AWS S3 or move API to EC2 when necessary.

Tip 1: Use the same OS in dev and prod

My dev environment is Ubuntu 18.04 so it is natural to use Ubuntu for production as well. However I would like to try Alpine because it is secure and very small so it fits container perfectly (the latest alpine:3.8 image takes only 2.1MB after compression!).

I started with python:3.6.6-alpine3.8 and everthing went good until I started to install dependencies. Some of the dependencies of my project depend on native library (such as libxslt and libmysqlclient) and contains C code so I have to install gcc, g++ and many libraries and header files. And there are potentially other compatibility issues in the future! This turned out to be a tedious work and quickly made me give up.

At the end of day I decided to build my own image from ubuntu:18.04. The lesson I learned from this is, if you are not familiar with alpine, stick to the OS you used for development. This may result larger image size but will save tons of time for you.

apt will install many “suggested” but usually useless packages when called without any options. However in a container context, we need exact packages to make container image small and secure.

The second trick is to remove cache after install. Add rm -rf /var/lib/apt/lists/* will reduce image size for about 40MB.

The last trick is to use only one RUN statement for apt update and apt install. This can generate less layers in the image.

For python applications we need pip to install dependencies. It becomes trickier if any packages depend on native library, because pip needs to compile the dependencies from source code.

For example, my application requires libmysqlclient-dev, python3-dev to be installed before running pip, in order to install mysqlclient package. And of course a compilergcc is required as well. However these packages are useless after pip install is done and can be removed. So the Dockerfile can be written as:

The apt purge line removes those packages and rm -rf /root/.cache removes pip cache. Note that libmysqlclient20 is reinstalled after apt purge because this package is required during runtime.

A registry service is used to store your docker images, such as Docker Hub. But sometimes we need to create our own registry for private images.

Although you can start a registry service by docker run registry, I would recommend using cloud services instead of hosting your registry yourself. Both Google and Amazon provide container registry services.

Choose one based on your usage.

MySQL container is super easy to setup if you know the correct command. It looks like this:

-d will detach your terminal from the container. Without -d you will be stuck in the container and the only way of getting out is to run docker stop db_mysql5 from another terminal.

--name db_mysql5 gives a name to the container and --network web-net connects the container to a network called web-net which I created with docker network create -d bridge web-net in advance.

--env MYSQL_RANDOM_ROOT_PASSWORD=1 tells MySQL to generate a random password for root user when initializing. The password can be seen from the container console:

This is about creating the mysql account for your web app.

Since app server is not running on the same container with mysql, it cannot use “localhost” user (such as web@localhost) to connect to mysql. So we have to specify % as the host part of the user:

Secrets such as mysql username and password cannot be written into source code (e.g. settings.py of django) so we need another way to pass them to the app container. Although docker secrets can do this elegantly, it can be used in Swarm only, and I feel it is overkill for my service. So I decided to simply use environment variables.

I made an entrypoint script in my app container:

And don’t forget to use these variables in django settings.py:

So the secrets can be specified in the docker command line:

In the actual deployment, the secrets will be stored in jenkins and Mask Passwords plugin can be used to hide the passwords from the jenkins logs.

Tip 8: Expose port to all interfaces

gunicorn is used to run the app server. Without container, we would make gunicorn listen to 127.0.0.1:12345, and nginx will proxy requests to this port. But when the app server is running inside the container, and the nginx is on the host, gunicorn must listen to all interfaces:

Only in this way the container port mapping could work:

The problem we have today is not lack of information. The problem is that we have so much information that we cannot figure out which piece fits our needs best. I hope this post can help beginners make the correct decision when they begin their first docker projects after learning docker.

Thanks for reading, and please clap for me if you feel useful!