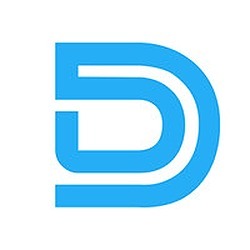 When it comes to the project and its realization, you should take into consideration lots of aspects. And the choice of the technology stack is one of the crucial things that can define how successful and smooth your project will be. Depending on the idea and requirements of your application, site or product, you may find and select a proper programming language (PL).

Today there is a wide diversity of excellent PLs for different purposes. Anyway, the market changes constantly with new requirements appear to be satisfied, and the existing solutions are not as effective as wished it to be. Here we'll check and overlook the new tendencies in the industry. Read our review of 5 emerging programming languages with all their strong features highlighted.

Top 5 Emerging Languages
So, nowadays there are some mainstream languages that are mostly utilized for coding. It’s Java and JavaScript, Python, PHP, C# and C++, Ruby. They can be called top rated languages on the market. However, Scala, Swift as well as Go, and Clojure are the programming languages that are a kind of a breakthrough of nowadays. Yes, lots of companies use them for their products already, but they are rare in terms of usage yet. And there are PLs with a bright future are expected to break through and shape the market. And it’s them to be a topic of the article and a subject to focus on. Let’s elaborate on the languages that gain popularity day by day.

Elm is number one on the charts not by chance but by its features and advantages. Being a follower of functional programming and seeking for the language that can be transpiled to JavaScript, then Elm suits you perfectly. That PL is focused on usability, thus, it can be utilized with/without JS for building UI on the web. Besides that, you’ll get the next benefits:

Kotlin is the second-best in our view. The JavaScript and JVM are targets of Kotlin that is considered as a primary language for Android development. Nowadays 10+ JetBrains products utilize the statically typed programming language. So do NBC Digital, Amex, and other well-known companies. Kotlin design aims are conciseness, safety and absolute interoperability with Java. The main characteristics are:

The third place of our top list is Rust. That PL is pretty popular among web developers, especially when it comes to Mozilla Firefox. Rust's main goals are safety, speed, and concurrency. Here static typing plus control over memory, type inference and other functional features, are combined with C-efficiency. If you've ever heard about Rust then you definitely know what distinguishes the Rust among the other programming languages. Besides that, its advantages are:

Elixir battles for the developers’ happiness too. It's the reason you see the name in our top. This syntax-wise language copies Ruby much but also provides C-like advantages to your coding. As of today, Elixir is chiefly utilized for developing web app by means of either a fully-functional web app ecosystem Phoenix or a time-honoured HTTP server Cowboy. Scalability, utility, sustainability are the targets Elixir is designed for. There are lots of strong features to get though:
Many companies like Pinterest successfully use Elixir for their products already.

"Slick as Ruby, fast as C". Yeah, it's Crystal that is our number 5 of the top hoping programming languages today. Entirely object-oriented, complied, statically typed, etc. Yeah, it's a few strong features of Crystal to mention. So, using the PL for coding your project you'll get the next unique features too:

The requirements and business needs change constantly. C++, Java, PHP, Ruby, Python, and other programming languages used to be the breakthrough some time ago. These five and some other PLs are expected to carve out a niche or capture the market soon. Anyway, be sure of they will shape the industry pretty soon.
They offer faster solutions of specific problems, needs, and tasks, simpler syntax, strong typing, easier check or test, etc. It doesn’t mean that all the previous languages will gradually become forgotten, at the very least for now, but these programming languages have a promising future and give the company a competitive edge in the market.

What Could Be The Future of Web Development