Everyday, there are hundreds of new potential ways to make money on the internet. Among the barrage of extremely obvious see-through shills, snake oil salesman pitches, and never-before-heard-of alt-coin pump and dump schemes, there sometimes surfaces an actual, legitimate chance of making a decent buck on the side.

Let me break that down.

Over the last couple of years, the mainstream social media industry has come under the scanner for a multitude of reasons. Ranging from tracking users and selling their data to third party interests to questionable content censorship practices - it’s become increasingly clear that conventional social media platforms are not really operating with their users’ best interests at heart. In the wake of these revelations, a host of  decentralized social networks emerged. Presenting themselves as an alternative to large, centralized social media, these platforms promised greater transparency, better privacy and control over data, censorship resistance, and a sweeping focus on putting power back in the hands of the user.

One of the ways in which these alternative social networks seeks to put power back in the user’s hands is by rewarding them for their time and attention spent on the platform. Whereas mainstream social platforms like Facebook, Instagram and Twitter offers ‘social currency’ -  appreciation, recognition and fandom - decentralized social networks tend to reward users with both social rewards and ‘tokens’ that  have an economic value.

These tokens are issued (and maintained) on a blockchain - a safe, indestructible digital public ledger - and awarded to users for the tasks that they perform on the platform. These tokens tend to be platform-specific and can be used within the platform ecosystem only, much like the e-cash you earn on travel websites. They hold economic value and can be used for claiming discounts, offers, premium access and more such.

What are some of these decentralized social media platforms and how do I get on them?

1. Steemit: One of the earliest and most popular alternatives to mainstream social media that arrived in 2016. Steemit is built on its own ‘Steem’ blockchain and supports STEEM tokens. Presently, the platform looks and feels like Reddit in terms of the kind of content that is usually shared (long-form text-based posts form the majority although there are occasional multimedia posts too). 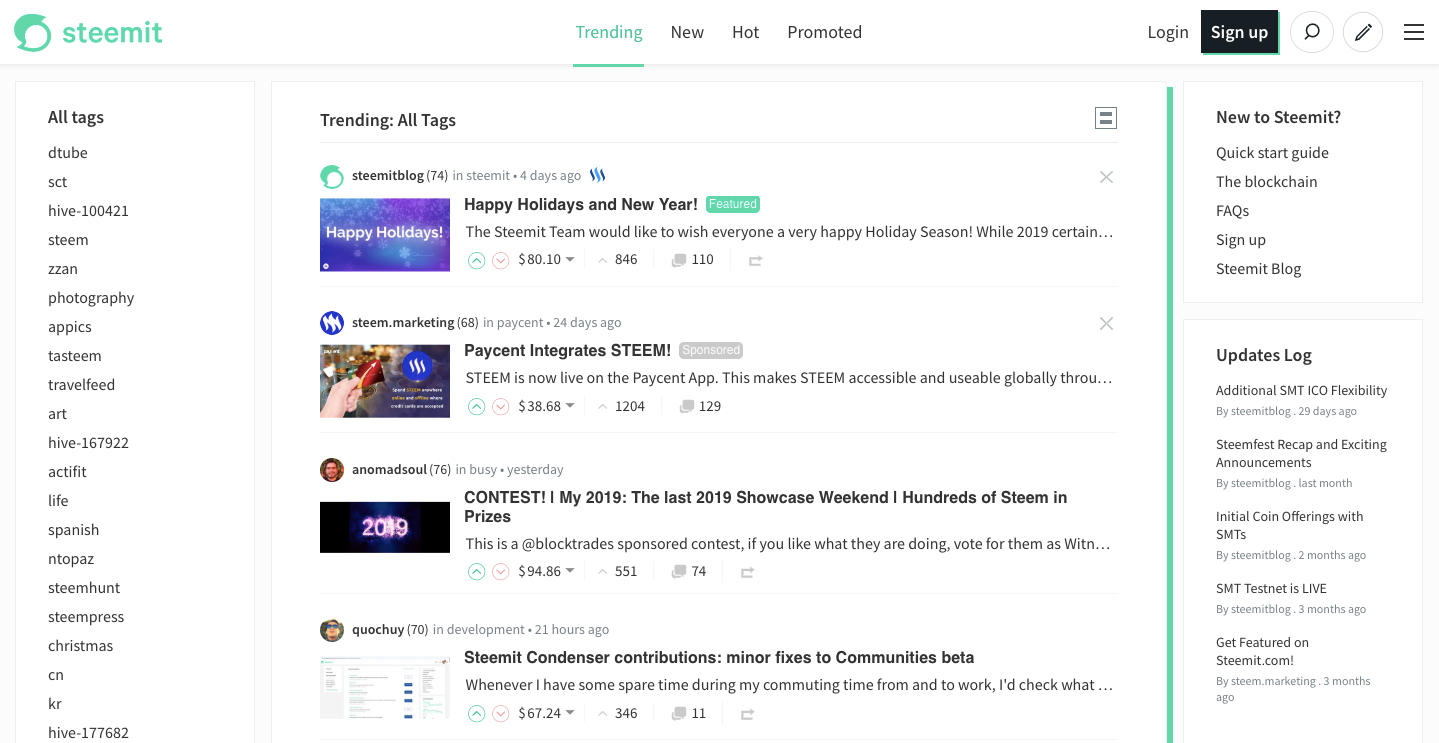 The interesting thing here is that it is the community that determines the value of a piece of content through a system of upvoting and downvoting which in turn determines the amount of STEEM a user gathers. Apart from posting content, even the act of upvoting and interactions with the platform rewards users with STEEM.

To signup on Steemit: You’ll need to provide your phone number and email address. After receiving the confirmation link, there is a waiting period of roughly a week before your account is activated.

In the three years since its emergence, several alternatives to Steemit have popped up; each platform for different kinds/formats of content.

2. Murmur, for instance, is a microblogging platform built on the EOS blockchain. While Steemit loosely emulates Reddit, Murmur is more like Twitter, but on the blockchain, and with a 256-character limit per ‘murmur’. Users receive EOS-based MUR tokens for their actions and posts; the distribution is calculated by their proprietary ‘Decibel system’ and paid out weekly.

To sign up on Murmur: Use an existing EOS account for instant access to the app. If you don’t have one, Murmur will make a free EOS account for you but that could take some time due to EOS CPU congestion problem that’s prevalent at present. 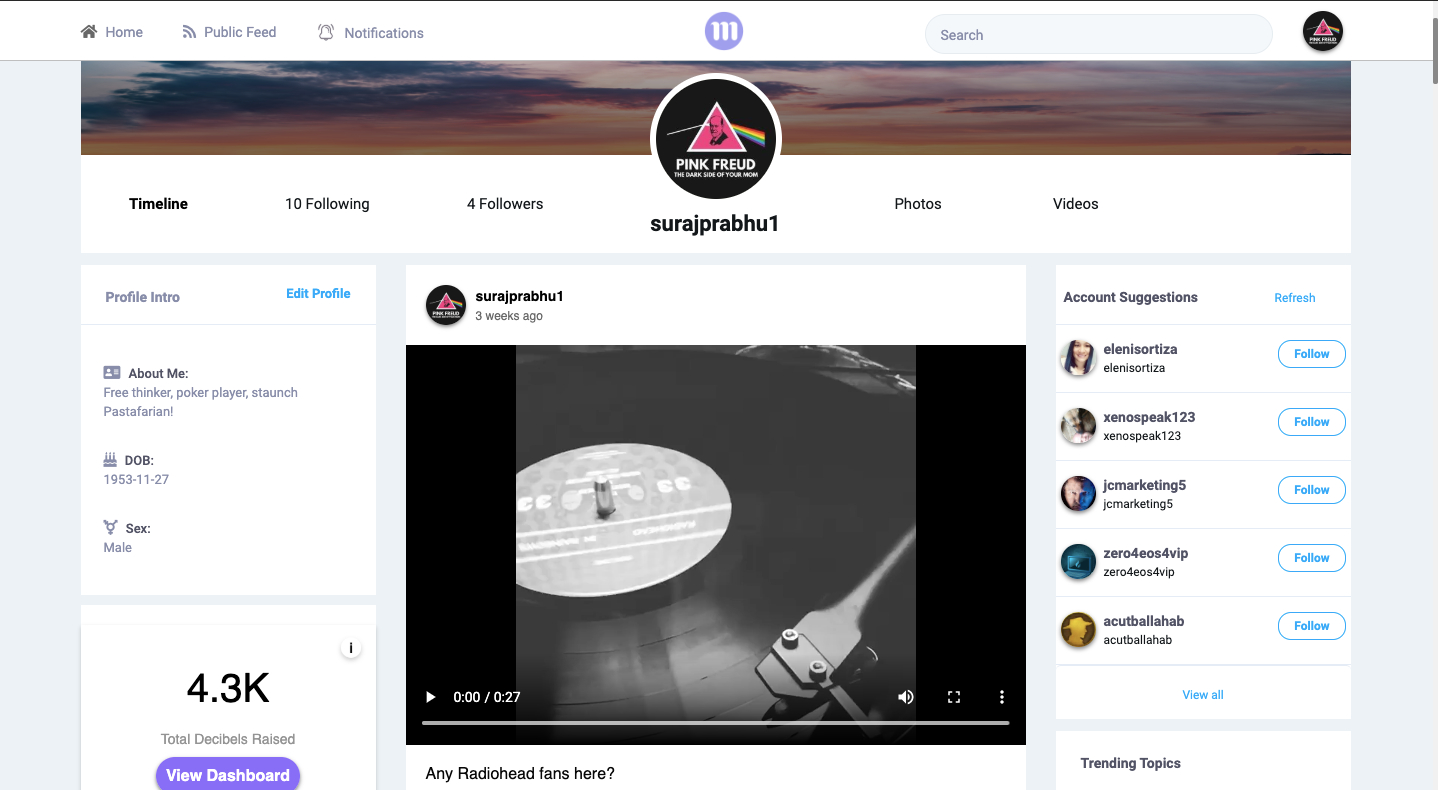 3. Karma, loosely based on Instagram, positions itself as a social network to “do good, share positive & original content.” It seeks to dispel the much-spoken-about ‘toxic environments’ on social media by incentivizing feel-good content. Based on the popularity of a post, the platform rewards KARMA tokens on a daily basis, also issued on the EOS blockchain.

4. DTube is the decentralized alternative to YouTube. Presenting itself as the solution to YouTube’s bizarre censorship and monetization policies, DTube is also powered by the Steem blockchain and uses a novel file storage protocol called IPFS to store and stream videos. DTube can be accessed with a Steem account or a standalone DTube account. Video uploaders can gather DTC or Steem tokens for the views that they accumulate. 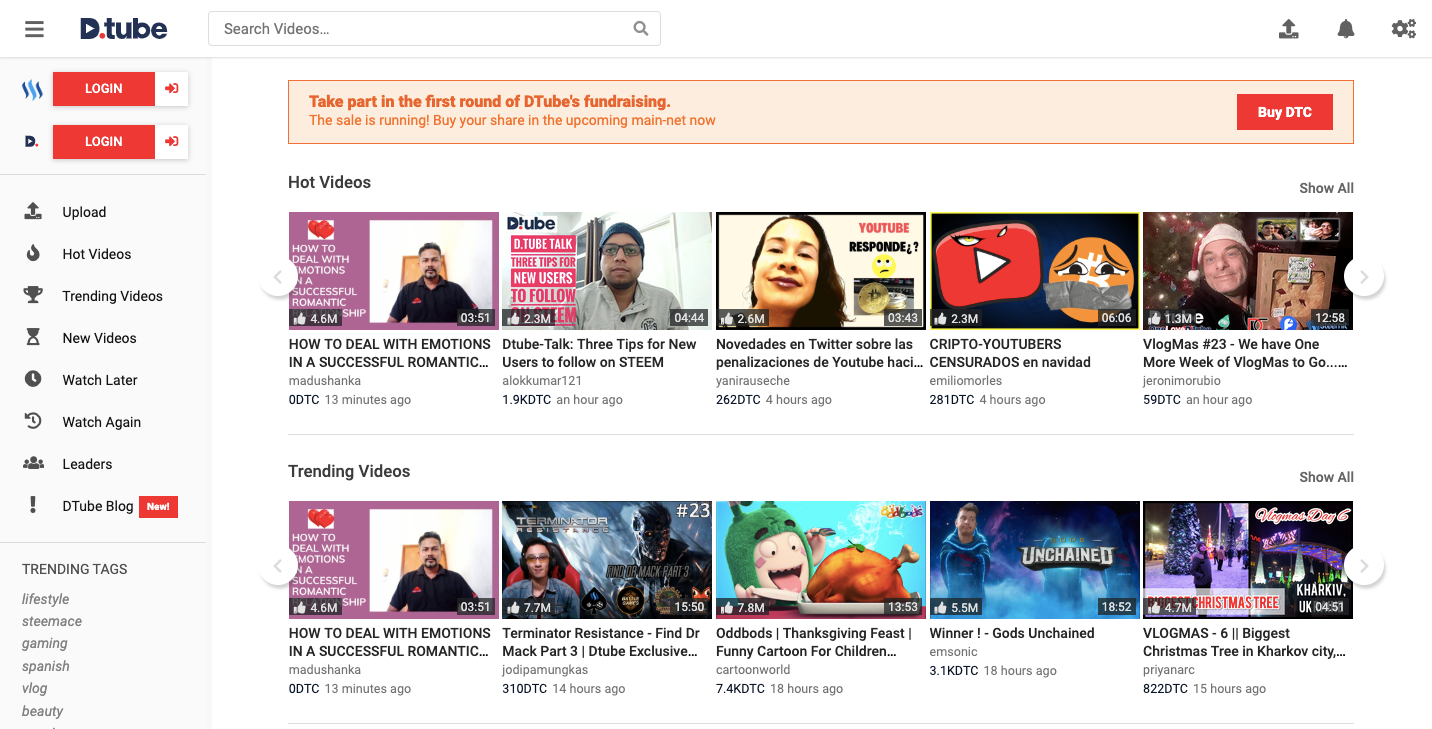 These are just some of the many alternatives out there and the ones that I have personally tried. Sapien, Indorse, Trybe - the list goes on and based on what kind of content you are most comfortable with and the purpose you choose, you can try a blockchain-based social media alternative that fits your needs best.

Ok, I’ve signed up. How do I start making some money?

Once you’ve chosen the social network, the next step is to start posting. But before that, it would be a good idea to just look around and see what kind of interests are being shared by other users. Of course, there’s no sure-shot method of raking in the big bucks with one-size-fits-all solution. But being active in the community and actually engaging with other users instead of just focusing on monetization could actually work in your favor. This should also help you get an idea of the trends on the platform and allow you to create content that would cater to a larger base of interested consumers.

Picking the platform most suited to your needs is also important. For instance, DTube might not be the best place to produce content for creators that are unfamiliar with posting video content, but could be a great source of additional income for creators familiar with YouTube. Sure, there are YouTubers out there who vouch for the fact that they can earn more on DTube. But if you’re someone who has never dabbled with video content before, you might find it more challenging to make a buck as compared to seasoned veterans.

One thing that is sure to give users an edge is being an early adopter of a platform - any platform. Some Steemit users claim to have made hundreds (if not thousands) of dollars on the platform, but then there are also those who are critical of bots on the platform and the alleged inability to earn without gaming the system. While Steemit might be saturated with content and harder to break through for a new user, alternative platforms like Murmur and DTube are still in their early days and getting an early lead there could go a long way in the future. 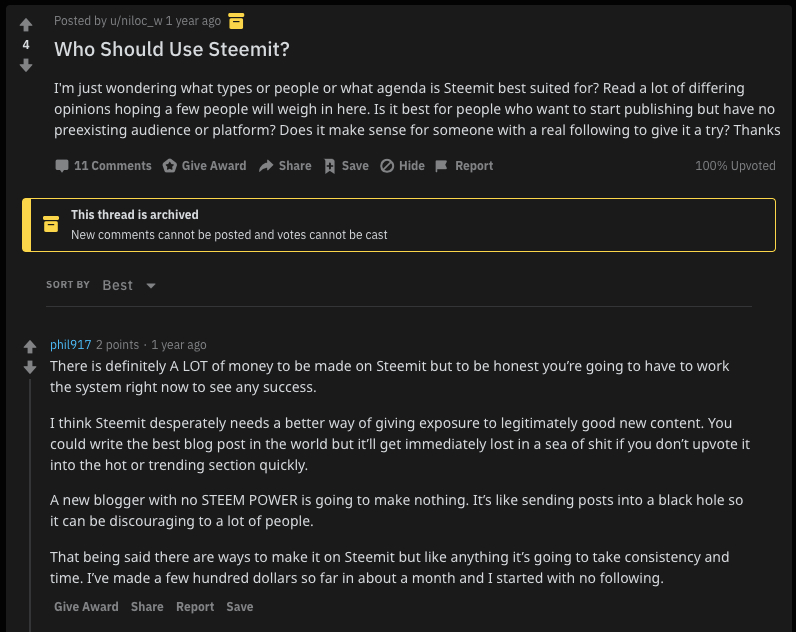 Another thing to lookout for is airdrops (direct token drops to your blockchain wallet) and promotional offers announced by the platform (like  referral programs).

Great, I made a few tokens. What now?

By and large, you can convert tokens earned on a platform to fiat currency (dollars and euros) using a ‘Decentralized Exchange’ or a DEX. These are simple, peer-to-peer (P2P) trading platforms that allow you to convert/trade tokenized assets.

You can use a DEX to convert your tokens (Steem, MUR, DTC etc.) to other cryptos like Bitcoin and Ethereum. You can then choose to convert the BTC or ETH to fiat currencies like USD.

However, instead of converting all your tokens to fiat, it’s a good idea to use some of them to get a better hold and stance in the digital community of the platform. This can be done by things like:

1. In case of Murmur, tipping other content creators directly with MUR and EOS tokens.

2. In the case of Steemit, investing it back into the platform by ‘powering up’ your Steem into ‘Steem Power’.

3. Staking the tokens in the platform for access to premium features and offers.

I have never interacted with blockchain and crypto before. Is this going to be too complicated?

Obviously, getting the hang of these platforms is easier if you’ve tinkered with the crypto/blockchain space. But for users who have never interacted with the crypto ecosystem before dealing with a blockchain account, things like using private/public keys (instead of passwords), handling blockchain wallets and using a DEX may seem a little unfamiliar.

Note that your blockchain account is protected by a pair of private and public keys or passwords that are permanent in nature. There’s no way to retrieve them if you forget/lose the keys. Also, note that all transactions and actions are associated with this one blockchain account of yours. If you lose your keys, you pretty much lose everything, including the coins and tokens associated with the account.

If you've never interacted with a crypto exchange before, it would be beneficial to understand the basics of how things work. A little research about the marketplace, crypto wallets, technical analysis, chart patterns, trends, and basic trading 101 practices will help you maximise your earnings.

A new wave of decentralized social networks is picking up steam (or should I say Steem?) and growing at a steady rate. These platforms provide a more incentivised system for bloggers, vloggers and other content creators by and large. Thanks to blockchain, these platforms can assure greater transparency, data control and censorship resistance. They are know for having people-driven communities that decide the parameters of what lives on the platform.

Decentralized social networks tend to offer blockchain-based token rewards, which can translate directly to financial gains. The ability to earn/mine additional pocket change with these platforms depends on the amount of effort one puts in on a regular basis, including and especially the quality and relevance of one’s content.