10 Common Sense Definitions of the Most Common Crypto Industry Terms 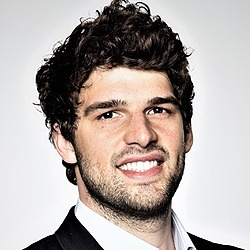 Marco Streng is the CEO and co-founder of Genesis Group and Genesis Mining.

This quote from Austrian philosopher Ludwig Wittgenstein appeared in his 1922 book Tractatus Logico-Philosophicus as expression of a deep idea: if you don’t know how to talk about something, then you’re fundamentally excluded from it. As cryptocurrency is meant to be fundamentally inclusive to anyone with a computer and an internet connection, it’s time to define some of this niche vocab in plain language.
Consider a sentence like, “I have more hashrate than ever before, but I’m mining fewer blocks for some reason so I’m concerned about the pending blockhalving.” For only being ten years old, the crypto world has nearly developed its own dictionary of insider terms that don’t mean anything to uninvolved outsiders. While these terms make effective shorthand in communicating with other crypto pros, they fly in the face of newcomers and present a clear hurdle to mainstream adoption.
Let’s bring some common sense to common crypto terms. Here are 11 key definitions to help you build your crypto vocabulary.
Node — a computer running software that supports a particular cryptocurrency. Everyone running the same software is a node on the network, whether they’re actively mining or not. Nodes enable a cryptocurrency to work and keep it operational.
Mining — what computers do to verify cryptocurrency transactions and maintain consensus on a distributed ledger. This amounts to solving complicated math problems — in the case of proof of work, for example, computers are literally guessing and checking. The network identifies when miners have the correct answer, and they receive a financial reward for their effort.
Hashrate — a measure of mining hardware power. This is most comparable to a computer processor’s gigahertz, or an automobile’s top speed. The higher a miner’s hashrate is, the more powerful it is and the more successful it’s bound to be at mining.
Difficulty — a measure of how hard a miner’s given cryptographic puzzle is. These puzzles designed to be solved by brute force, which means you can only get the right answer by chance. Increased difficulty will require more guessing and checking. Bitcoin’s network adjusts the mining difficulty every 2,016 blocks (approximately every 14 days) based on the amount of mining power on the network. The more miners there are, the more difficulty there is — Bitcoin is hard-coded to preserve its ten-minute timeframe for block production.
Block — a bundle of transactions on the blockchain, the unit of work that a miners process. To confirm a block is to do the work that verifies a large collection of individual transactions and enters them into the ledger. One block on the Bitcoin network represents approximately 1,000 transactions.
Block reward — the payout a miner receives for successfully confirming a block of cryptocurrency transactions. A block reward accrues from the fees that cryptocurrency users pay in order to transmit coins over the network, or a system might generate new currency from scratch for the miner.
Proof of work (PoW) — the consensus mechanism that keeps Bitcoin’s digital ledger free of errors and omissions. Miners try to guess a random number that will give them the correct hash for a block of transactions. It’s costly and time-consuming to produce this piece of data, but it’s easy for others to verify that the data is correct. Proof of work rewards those who have powerful computer hardware — they get to guess and check their work more rapidly than others.
Proof of Stake (PoS) —an alternative consensus mechanism that concerns itself with software instead of hardware. Where proof of work tends to reward those who do more work, proof of stake rewards those who hold the most coins. Your chances of successfully verifying a block vary directly with the amount of coins you hold. This successfully pushes back against proof of work’s energy consumption concerns, but it necessitates a system in which “the rich get richer.”
GPU mining — using graphics cards as a crypto mining workhorse. Graphics cards are multi-purpose devices that already control the placement of millions and millions of pixels on a computer screen, so their architecture is well-suited to mine crypto as well. They represent a step change from mining using a computer’s conventional processor for mining — they’re significantly more effective in this pursuit.
ASIC mining — using highly specialized computer chips (“application-specific integrated circuits”) that have been designed from the ground up to mine cryptocurrency. As purpose-built devices, they literally can’t do anything else except mine, but this means they are extremely effective within their narrow scope. Just as GPUs were a step change from CPUs, ASICs are significantly more powerful than their GPU counterparts.
Although the crypto world has begun reaching a form of maturity, the landscape continues to evolve. There’s only ever going to be more to learn, but these 11 terms aren’t going away. Let them be some sort of introductory keys to the kingdom.
Satoshi Nakamoto’s true vision of cryptocurrency is one in which no one is blocked out from participating. Don’t let your language limit your world!

Fiat vs Crypto: How They Derive Their Market Value