Fiat vs Crypto: How They Derive Their Market Value 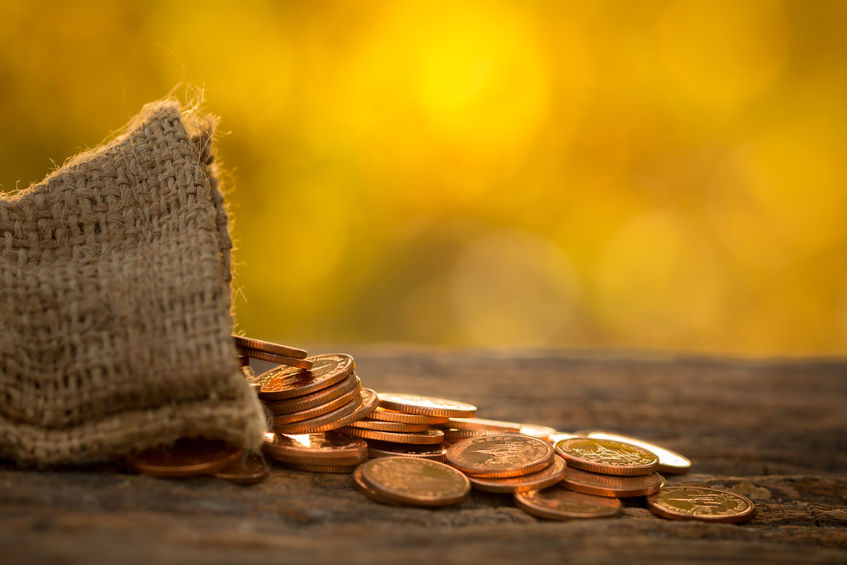 Marco Streng is the CEO and co-founder of Genesis Group and Genesis Mining.

But on April 5, 1933, an executive order by President President Franklin D. Roosevelt forbid the “hoarding of gold coin, gold bullion, and gold certificates within the continental United States”.

Eventually in 1971, President Nixon officially ended the gold standard by forbidding the Federal Reserve from exchanging gold for U.S. dollars. This severed the tie between the world’s currencies and a tangible store of value.

Yet many seem to believe the gold standard — or some equivalent store of value — still backs U.S. currency. We recently conducted a study of 1,000 US consumers and asked the question: what is the US dollar backed by?

The fact is, I’ve spoken with many smart people who remain somewhat unclear about money, how our financial system truly works, and what gives the paper money we rely so heavily upon its value — it’s certainly not gold, after all.

So if the US dollar is not backed by gold, bonds, or oil, what exactly is it backed by?

What gives the US dollar Value?

Once upon a time, we could point to the gold standard as a clear, cut-and-dry explanation of how much each dollar is worth. You have X dollars, and those dollars are equal to and exchangeable for a set amount of gold. But this is no longer the case.

In short, the U.S. dollar is backed by the perception that it is valuable. That is, that you will be able to go to the grocery store or hospital and pay for milk or your annual physical with U.S. dollars — and that the relative value of each dollar will remain fairly stagnant, or decrease only slightly.

When it is boiled down, the perceived value of a dollar is volatile. In good times, we know that we can spend about two and a half and four and a half dollars (depending on where you live) and receive in return a gallon of gas. In this example, the amount of gasoline you can buy determines the value of your dollar.

If OPEC, federal authorities, state governments, or Exxon Mobil decides tomorrow that your two and a half or four and a half dollars only buys half a tank of gas, then your dollar’s value has been roughly cut in half. The same goes for those setting the prices on food, diapers, and the other items we rely on for survival in the civilized world.

For an extreme example of how volatile the value of fiat money is, simply look at failed nations like Venezuela today or Zimbabwe circa 2007. These were examples of extreme fiscal mismanagement and even malfeasance. Yet the inherent flaws that allowed Venezuelan and Zimbabwean money to become more useful as tinder  for fires than legal tender for gas, groceries, and diapers exist in all fiat currency.

This absence of a clear standard of value for the U.S. dollar explains why many gravitate towards cryptocurrency as a more secure alternative with a definable measure of value.

What gives Bitcoin and cryptocurrency value?

Cryptocurrency is not perfect, but it’s fair to argue that cryptocurrency’s inherent value is greater than a fiat dollar.

We’ve discussed the volatility that comes with fiat currency. Value is only as strong as its perception, with no tangible, underlying basis to stave off hyperinflation.

One concept that makes cryptocurrency inherently valuable is the same that made gold a reliable store of value: it is scarce. Scarcity serves as an anchor preventing any government from printing oodles of paper money, in doing so diluting the value of each new bill they print.

Bitcoin is a prime example of how scarcity creates value. The creator (or creators) of Bitcoin coded the cryptocurrency so that the maximum amount of Bitcoins that can be ‘mined’ is fixed at 21 million. This limit makes each individual coin scarce, and in turn valuable.

Cryptocurrency, like gold, has been likened to the shells that native tribes would trade as their own form of currency. Those shells could not simply be created, and therefore were rare, a status which imparted their inherent value.

If you wanted more shells, you’d have to expend considerable effort searching in places that had not yet been mined. The level of effort required meant that the value of each shell remained relatively stable, as it was unlikely that any person or group would introduce a substantial trove of shells, in doing so throwing the value system out of wack.

We can no longer say the same about paper money. We can, however, say that cryptocurrency, with its high cost of creation that becomes greater by the day, is akin to the shell-based medium of exchange of days past.

There are common misconceptions about the U.S. dollar and its alternatives, namely cryptocurrency. We tend to trust money, despite inevitable recessions and other evidence that we probably should not have nearly as much faith in its value as we do.

Rarely does the average person stop to consider why they trust money, nor do they think about the impact that abandoning the gold standard has had on fiat money’s real value.

The reality is that abandoning the gold standard meant abandoning the true value of money. Money has value because we perceive it to have value, but “perception” is often synonymous with “illusion”, particularly when we don’t think critically about how we formed our perceptions.

Scarcity — this is a term critical to determining the value of anything, money included. It is the key term that helps us understand why cryptocurrency does have inherent value that, despite its critics’ claims, stands up to scrutiny.

Can those who print it by the boatload say the same about the paper dollars that we choose to believe make the world go ‘round?