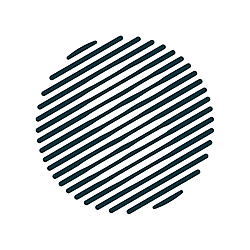 Since salary levels depend so heavily on the law of supply and demand, certain cities pay a lot more for cloud engineers than others. But where can you find the best cloud engineer salary? To answer this question, we decided to dig deeper and uncover the top 10 top-paying cities in the United States for cloud engineers—so you know exactly where your cloud skills can earn you the big bucks.

How much do cloud engineers make?

More than half of enterprise companies spend $1.2M annually on public cloud (with 13% spending over $12M per year). This means cloud computing is a top priority—and companies are willing to pay top dollar for cloud engineering talent to design, maintain and operate it.

In fact, according to Indeed’s salary estimate, based on 2,505 employees, users, and past and present job advertisements, the average cloud engineer salary in the United States is $118,994 per year.

But there are a few cities where cloud engineers can earn an even more lucrative salary (often well above this national average). Don’t worry, we’ve adjusted our figures for cost of living so you’ll get a more accurate representation of each salary’s true value and see just how far your paycheck will go across the map. 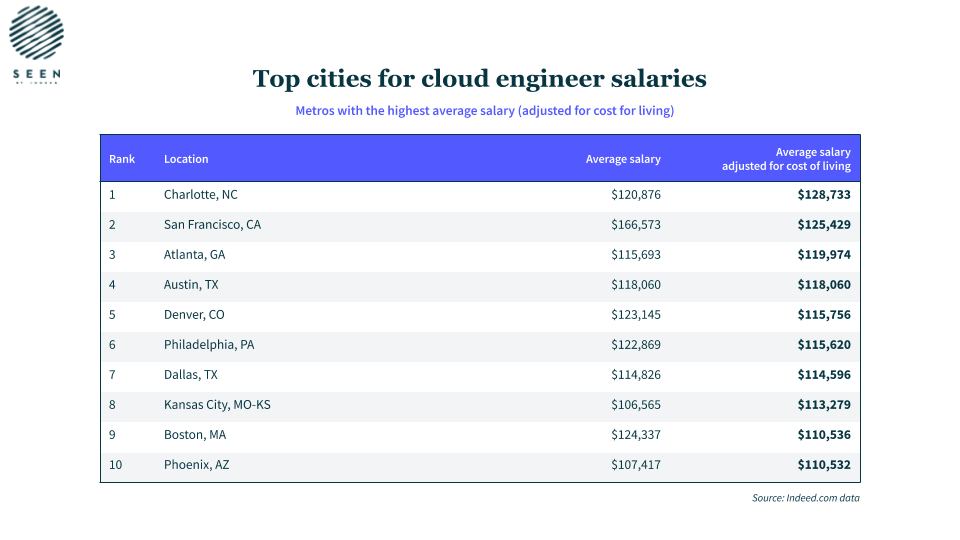 Some high-paying cities included in this list may surprise you. Philadelphia, PA (#6), Kansas City, MO-KS (#8) and Phoenix, AZ (#10) aren’t exactly places you expect to have a strong tech presence. However, it makes sense that employers in these under-the-radar tech hubs are willing to pay a pretty penny to entice cloud engineers to move (or stay) there.

And while the job market is more favorable for cloud engineers in smaller cities, a higher supply of tech workers in these more traditional tech epicenters puts employers in the driver’s seat. With more cloud talent comes more competition, and cloud engineers in larger cities might have to accept lower salary offers to prevent employers from moving on to the next qualified applicant.

And this demand is only set to increase in the coming years. For example, colocation provider Flexential recently expanded its flagship data center in the Queen City by 20,000 sq ft., bringing the company’s total data center footprint in Charlotte to 129,000 sq ft. Since cloud technologies run in data centers like these, this expansion—and others like it—will likely contribute to a further boost in employer interest (and salaries) for cloud engineers in the area.

Like all the cities on our list, demand is one of the main drivers of high cloud engineer salaries. In fact, San Francisco has the second most cloud engineer job openings in the US. And while there may be more competition for cloud engineer jobs here, the city’s mix of venture capital, hot demand and concentration of high-profile tech companies—like Reddit, Pinterest and Airbnb—make it an extremely well-paid area for those with cloud skills. This is especially true since big-name companies are often willing to pay higher-than-average salaries to attract the top cloud engineers in the nation.

Coming in at third is Atlanta, GA. Not only are cloud engineers among the top 20 most in-demand tech roles in Atlanta, but the city also hosts a huge data center presence. Businesses here can rent space for computing hardware at one of the city’s 39 colocation data centers (the most data centers out of our top five highest-paying cities). In fact, the QTS Atlanta-Metro Data Center is one of the biggest data centers in the world, sprawling across nearly one million square feet of space.

This ecosystem of exploding cloud engineer demand and expanding opportunities in cloud technologies has created an environment where the average cloud engineer can expect to earn a COL-adjusted salary of $119,974.

In fourth place is Austin, where the average annual pay for a cloud engineer is $118,060.13. In recent years, the Texas capital famous for its music, eclecticism and laid-back culture has emerged as a bustling high-tech hub. Tech titans like Facebook and Apple have established large outposts in the city, and cloud startups like Spanning Cloud Apps and Apposphere are cropping up to take advantage of one of the nation’s more affordable tech communities.

Since there’s so much tech activity in this area, a lot of companies are searching for cloud engineering talent, which has driven up salaries in the city. In fact, cloud engineers are one of the top 20 most sought-after tech roles in Austin, according to Indeed data.

What’s more, demand for cloud skills is growing fast. Denver-based cloud services company Faction, for example, closed an $18 million round of Series B funding in 2018, and accumulated another $14 million in funding in 2019 to expand its cloud services. The company also added 50 new employees to its Denver office within six months, further highlighting the city’s accelerated pace of cloud adoption.

As companies large and small turn to cloud solutions as a default, demand for cloud engineers will continue to soar. And the cloud supply-demand mismatch gives you the freedom to take your talents to a city where your paycheck goes further, whether that’s in a relatively unknown tech hotspot like Kansas City, Missouri or a leading tech hub like San Francisco.

Our analysis for the highest paying cities was calculated based on the average salaries listed on “cloud engineer” job postings on Indeed.com in the US over a two-year period from May 2017 to May 2019.

The average national cloud engineer salary was taken from Indeed Salaries, which was based on 2,505 employees, users, and past and present job advertisements in the three-year period from June 2016 to June 2019.