Youtube Deletes Video About Bitcoin: Is This a Common Trend? 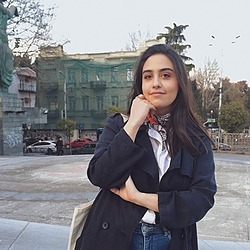 You would think that Youtube would at least wait till the holidays are over to hit its creators with this news but apparently, bitcoin and all cryptocurrency talk is now concrete himself and a danger to society. A lot of YouTube creators woke up to find many of their crypto-related videos taken down because youtube sees them as violating their guidelines.
While it is tempting to assume that there was nothing wrong in any of those videos the verdict is yet to be out but it’s considering that youtube has previously wrongfully taken down videos even for less controversial topics its safe to assume that they knew exactly what they were doing and if their past behaviour is any indication they won’t be too upset by the outrage caused by their actions. And while cryptocurrencies have been in their share of controversies that could stifle the market growth, it is still necessary to let the industry develop.
Youtube which is a Google subsidiary has not responded to the request to explain the situation just yet but there are already some speculations about why Youtube chose these specific creators. Most likely the main reason why these videos are being deleted is because of the external links in these video descriptions.

Why big companies can’t seem to get on board

This is a pattern that we’ve seen under different circumstances as well. Just recently the news came out that Pennsylvania bank refused to give access to the client’s information to fintechs, even though the users themselves had given the green light. Instead, the banks were suggesting that the customer switch from Paypal to their privately operated eWallet.
The big companies that benefit from centralized governance are doing all they can to stop cryptos and blockchain technology from becoming more accessible and understandable.
It’s easy to understand where they’re coming from. None of these companies like the idea of being pushed to the side by newer, shinier technologies and companies. But they have a higher chance of surviving and succession if they collaborate with fintech instead of blocking every opportunity for them to become more popular and mainstream.
Decentralized platforms similar to youtube are slowly emerging as well but their popularity, of course, is not on the same level. At this point, there are multiple banks and other financial institutions reconsidering getting into fintech but no major shift can happen this quickly in this industry.

Youtube claims that these videos are “Harmful and dangerous content” and youtube didn’t have much to say to that except to promise the creators that they would look into the situation.
It is indeed a controversial move on youtube part but it is just a symptom of a bigger problem.
Cryptocurrencies have continuously been challenged by the bigger organizations that use their power to stop the industry from gaining more popularity or at least to make the process of normalizing cryptocurrencies as hard as possible.
It would have been more understandable if the takedown has affected only a few creators that have linked to a website Youtube didn’t approve of but then again there are much bigger problems happening on the platform that youtube should be taking care of instead of targeting creators that want to educate others on cryptocurrencies.

Youtube has been out of touch with reality and its users for a while now and this recent move might just be another way for this big platform to abuse their power to suit their interests.
Some creators have been more dramatic than others, with Ivan on Tech calling this incident an attack on free speech. Youtube has a whole other dimension of challenges when it comes to this approach to free speech. It has long been accused of promoting left-leaning content while making sure that the conservative-leaning content doesn’t get on the trending page.
It is the same with Google and it the latter case there’s even an investigation conducted by the Wall Street Journal to prove it.
Attack on crypto content and labelling as harmful seems very “out there” move, but maybe the people behind the platform know that there is a very limited audience for this content elsewhere and that the creators will adapt to whatever guidelines the company puts in front of them.
Even though there are more decentralized platforms that offer similar services, they are not necessarily well suited for people who create content around cryptocurrencies, since those who do use it are already familiar with the concept.
Such platforms hold great potential but it will take time for the audience to transition to there decentralized content sharing platform and leave youtube behind. One of such platforms is LBRY, it is blockchain-based and allows creators to earn money through its built-in payment system. Youtube has turned into a very profitable career for many people and being an influencer there, while still not considered a mainstream profession is becoming more and more normalized.
The cryptocurrencies are here to stay and it evident by not only the adoption rate but the number of businesses and industries that benefit from such payment methods.  We’ve seen an extremely high adoption rate in the entertainment industry of services for which you can pay for in crypto, like various igaming platforms, escape room and etcetera. Instead of embracing it, Youtube has gone in the opposite direction and is now failing to take action.
It has not yet been explained in detail why 26 different creators had their video about cryptocurrencies taken down, but this seems to be affecting only the creators that focus on crypto so it can’t just be an external linking thing, which is something almost all YouTubers do. If this proves to be the case that all these creators were linking to a fraudulent website than youtube will come out of this clean, but otherwise the platform will get a name of being against crypto and trying to minimize the chance of promotion of it on their platform.
The shift is happening in the financial world that most of the traditional institutions are trying to fight. The technological advances have opened the door not only to improved service but also to millions of people who have never had access to these services because banks don't provide a framework for working with these people. It is true that since the industry is relatively new precautions are necessary and we all know that the transition won’t happen overnight. But fighting it and trying to stunt its growth reflects badly on the integrity and the reputation of these bigger companies.