Yet Another Case For Bitcoin Maximalism: Will BTC replace USD? 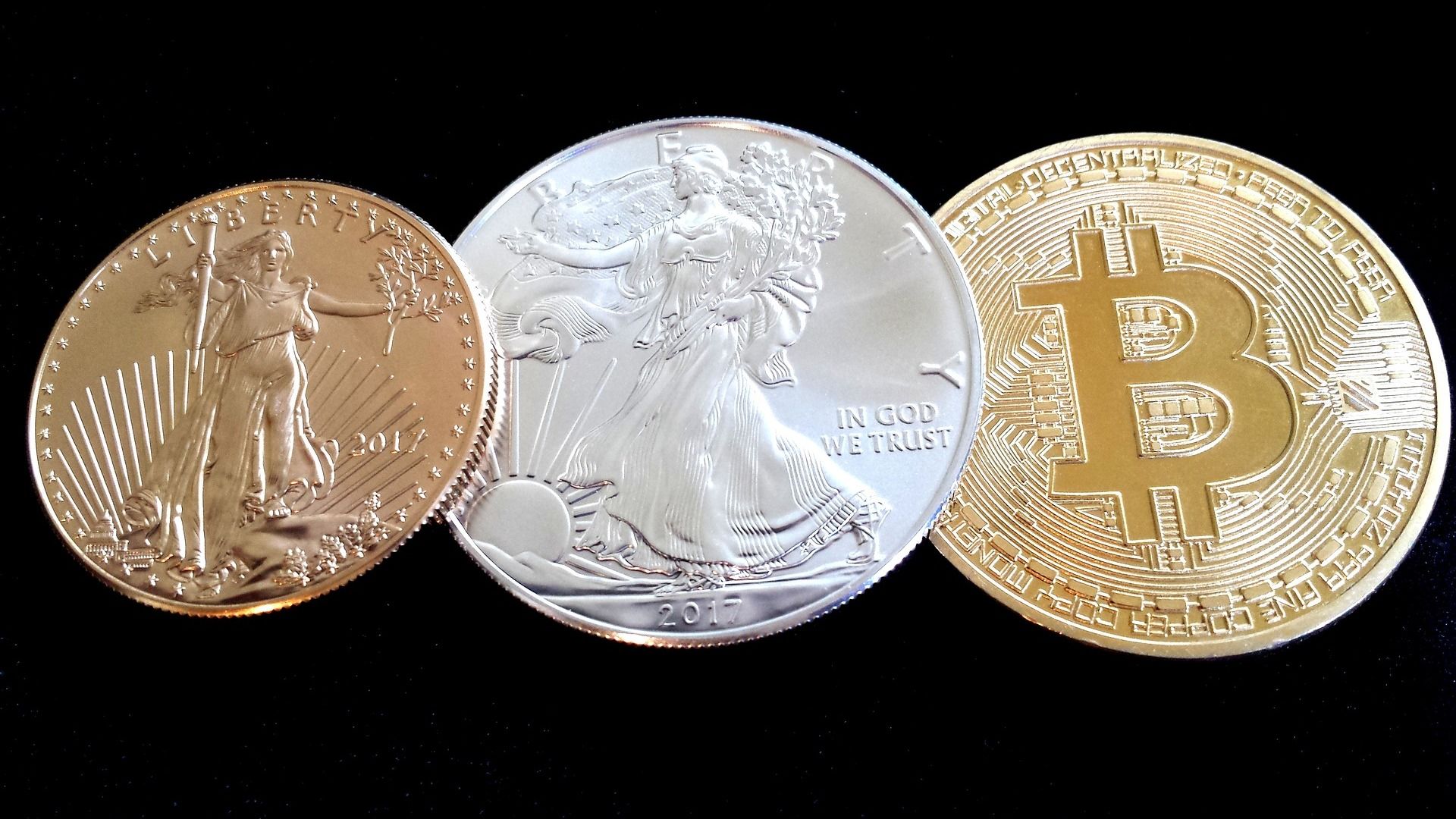 Bitcoin vs. Dollar (USA), which one will become a global currency in the near future? Over half of the world’s population is aged under 35 and live in emerging markets, where national currencies are considered to be inferior to USD.

By 2100, our planet’s population is estimated to reach 11–12 billion people, where at least 6 billion will live in unstable economies with high volatility currencies. Simply relying on only one currency (USD) is not wise for most countries because it clearly violates their sovereignty. 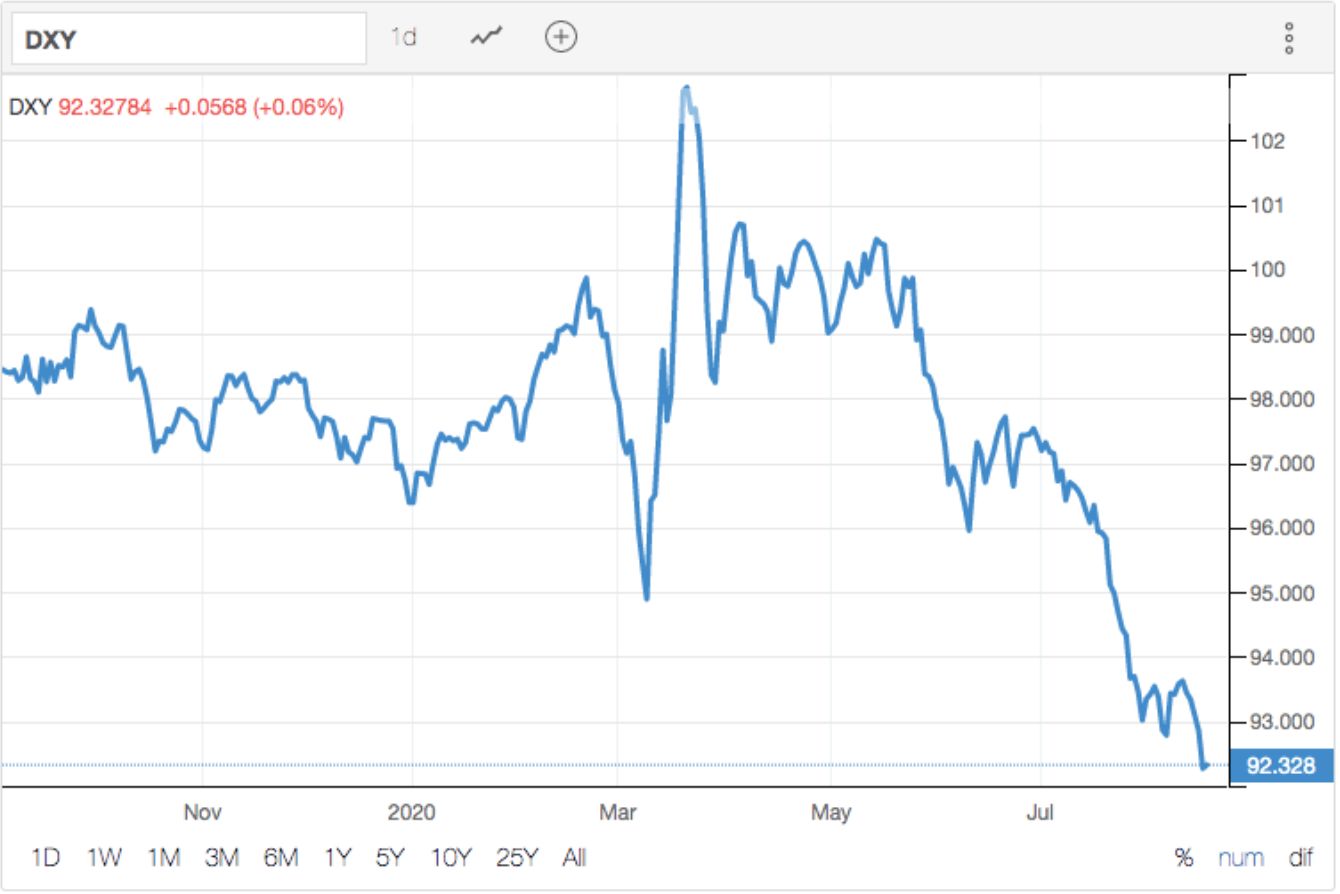 Meanwhile, cryptocurrencies have been launched in the global arena as a perfect solution for achieving greater financial independence by people across the globe. BTC is a pioneering digital asset in the cryptocurrency industry.

Following the introduction of cryptocurrencies, cryptocurrency exchanges also appeared as a response to the global demand of digital assets.

BTC continues to grow in popularity and gain value in terms of price. Despite this, there are still many “non-believers” who underestimate the true power and value of this digital currency.

Sergey Zhdanov, COO & CFO of EXMO, assumes that due to the stability of cryptocoin markets, especially during the recent pandemic, digital currencies may one day become a more favourable way of saving money than fiat currencies.

Why can BTC replace USD?

Bitcoin is now accessible via smartphones, computers and other gadgets. By being able to bypass government regulations, it offers more valuable alternatives when compared to U.S. dollars. Protected by blockchain technology, BTC can be a safe haven for people living in corrupt countries with inflammatory monetary policies.

Therefore, citizens across the globe that are least protected and those who regularly suffer from ignorant and uninformed decisions of their governments will be the first to take advantage of global monetary digitalisation.

Furthermore, BTC is a decentralised currency that can be mined. This means that anyone with access to a computer can amass wealth to become their own “Treasury” or “Federal Reserve”. Of course, the overall structure of mining is complicated and requires a certain amount of investments, but it is a step towards independence and implementation of a free market.

Fiat money is regulated by banks while BTC can stand its ground as an independent agent of exchange. As a result, not financial institutions, but owners of digital currencies may become independent banks.

Bitcoin stores the value of fiat money, which means that a person can use it to exchange goods and services at any time. Moreover, since the last ten years, BTC has shown clear investment opportunities and keeps growing in price.

Why has USD lost trust?

The US dollar was considered to be really valuable only between 1783 and 1913. In other words, the real value of $100 in 1800 was the same as in 1900. In 1913, America took its first step towards abolishing the gold standard and created the Federal Reserve Bank, allowing the banking system to print unlimited money.

After WWII, the USD transformed itself into the lingua franca for trading systems all over the world. With the downfall of the Soviet Union, the USD confirmed its status as the main currency on the global market. The emerging economies treated American dollars as a reserve currency and in some cases, it even replaced national currencies.

From 2010 onwards, USD started to lose its position on the international arena in terms of value. With the rise of the EU, China, Russia, Saudi Arabia, Brazil, India the USA began to lose its unquestionable dominance in global trade. For instance, China has become an international factory and promotes its national currency, Yuan, as the preferred way of exchanging goods and services. The EU, despite being a loyal ally of the US, prefers to rely on the Euro. In other words, USD has slowly but surely lost its position of dominance in the global financial arena.

Americans are changing their saving habits and shifting to BTC

More recently, Americans have been selling USD in favour of BTC. Bloomberg reports that the COVID-19 pandemic and the subsequent global financial crisis in 2020, has resulted in falling interest rates of the US Federal Reserve to 0.25%. This indicator has decreased the level of profitability of long-term savings accounts by 50%! 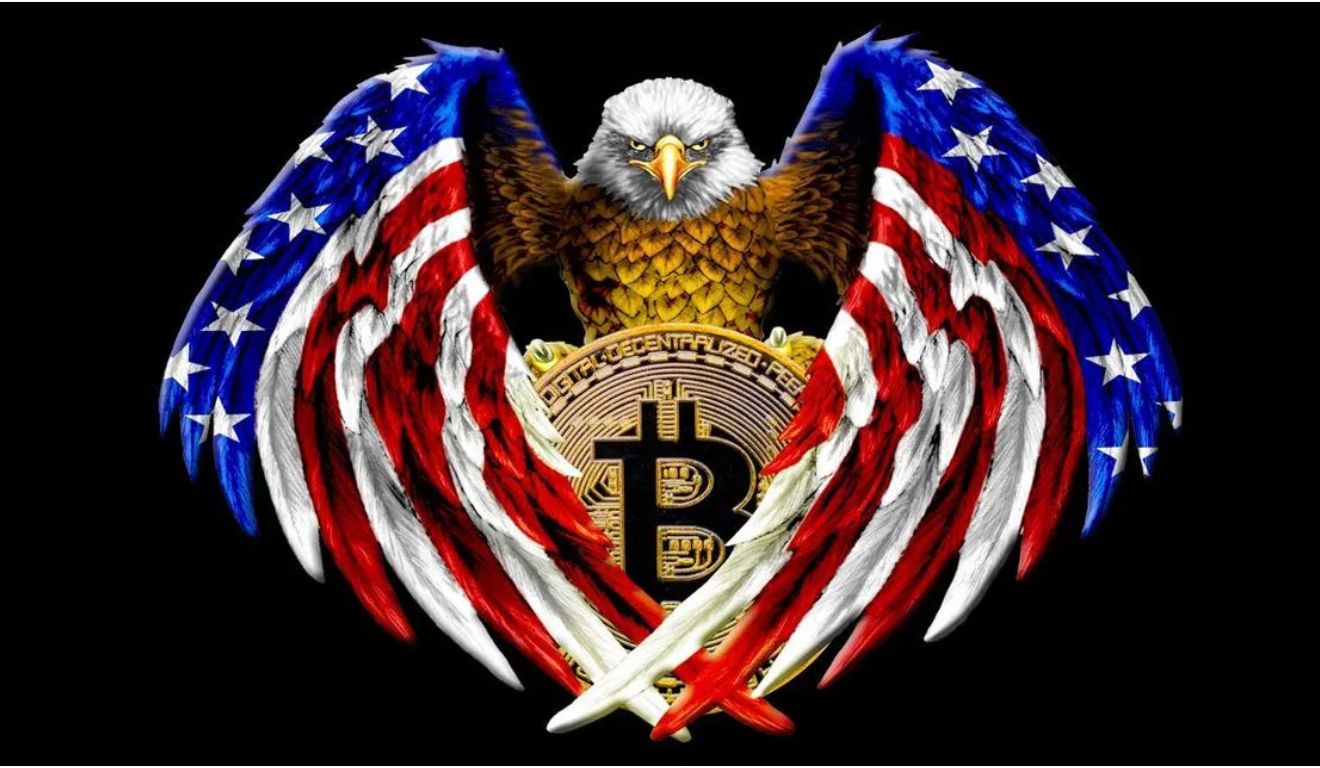 Historically, Americans have viewed long-term saving accounts with a 2% per annum saving rate as a traditional tool for saving their money and beating inflation. Starting from July 2019, interest rates on savings accounts have been declining and now stands between 0.5% and 1%. These saving interest rates are likely to remain the same until 2022.

According to Bloomberg, long-term saving accounts have changed the saving preferences of Americans. Only 18% of US citizens are willing to place trust in US Federal Reserve saving accounts, while others are looking for ways to invest in more profitable options.

As an alternative to USD saving accounts, Americans now prefer to invest in stocks, gold, and Bitcoin. The rise of investing in Bitcoin started for two reasons: First, BTC showed resilience during the market collapse in 2020 by losing only 35% of its value and managing to bypass stocks and gold during the spring-summer recovery period. Secondly, the OCC allowed US banks to hold digital assets.

Nasdaq-listed analytics software provider, MicroStrategy, bought 21,454 BTC (around USD $250 million) and became the first public company that openly invests in Bitcoin. According to Michael J. Saylor, CEO of MicroStrategy, investing in BTC is a part of the company’s strategy to maximise the value of the company for investors in the long-run. He also added that the company sees Bitcoin as a more reliable alternative to the devalued US dollar. By the way, shortly after buying Bitcoins, MicroStrategy’s stocks skyrocketed by 14.6%.

MicroStrategy is not the only big company that actively invests and saves money in Bitcoin. Forbes recently revealed a list of Institutional Bitcoin Investors. 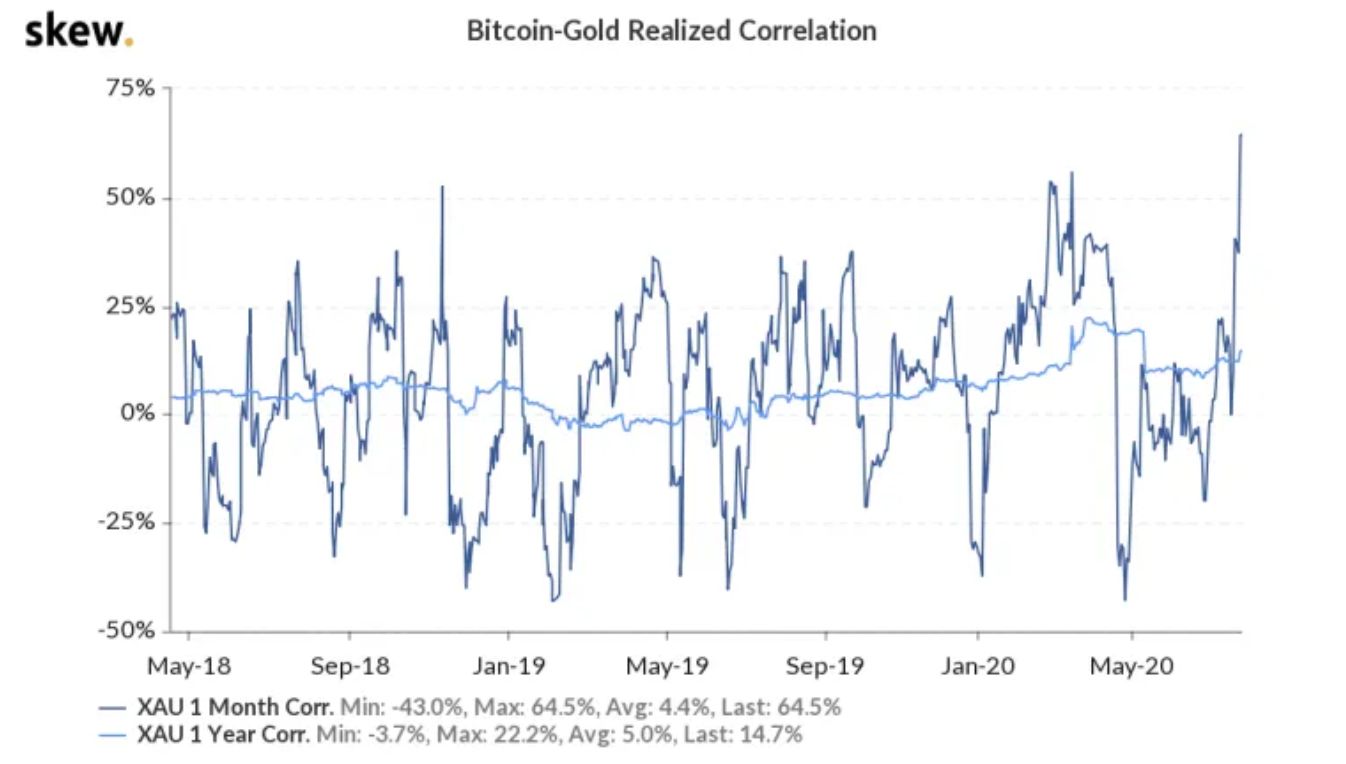 Bitcoin reached its peak price of $12,000 when gold also reached its record high of $2,000 per ounce. According to Bloomberg, a rise in correlation will ensure Bitcoin’s transformation from a risky speculative asset to a digital version of the precious metal.

The COVID-19 pandemic has changed plans for all governments and left most with no choice but to activate the printing machine. At the same time, unemployment has risen, while markets and economies have collapsed. Relying on printed, fiat money, such as the USD is becoming increasingly risky due to inflation rates, and business sharks are seeking better and safe investment opportunities to safeguard their assets. 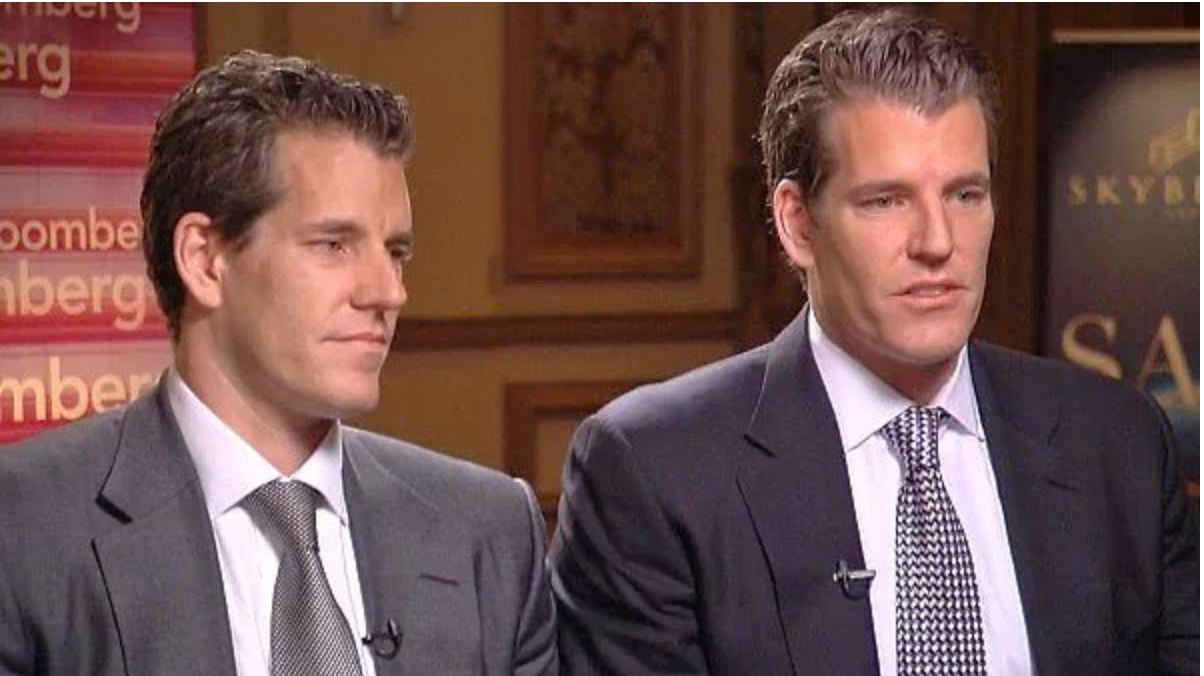 The record high correlation rates of BTC have provided a haven for business owners. The most active investors in BTC are Tyler and Cameron Winklevoss. They hold more than 100,000 coins and are the first Bitcoin billionaires.

Is the USA planning to invest in BTC?

Earlier this year, Donald Trump ordered the Treasury to prepare direct payments of $3,400 to US citizens for a family of four. Interestingly enough, the previous direct payments to US citizens resulted in multiple increases in deposits on cryptocurrency exchange platforms by $3,400. In other words, Americans exchanged their free dollars for crypto assets. Of course, the number one cryptocurrency to buy with free dollars was Bitcoin. 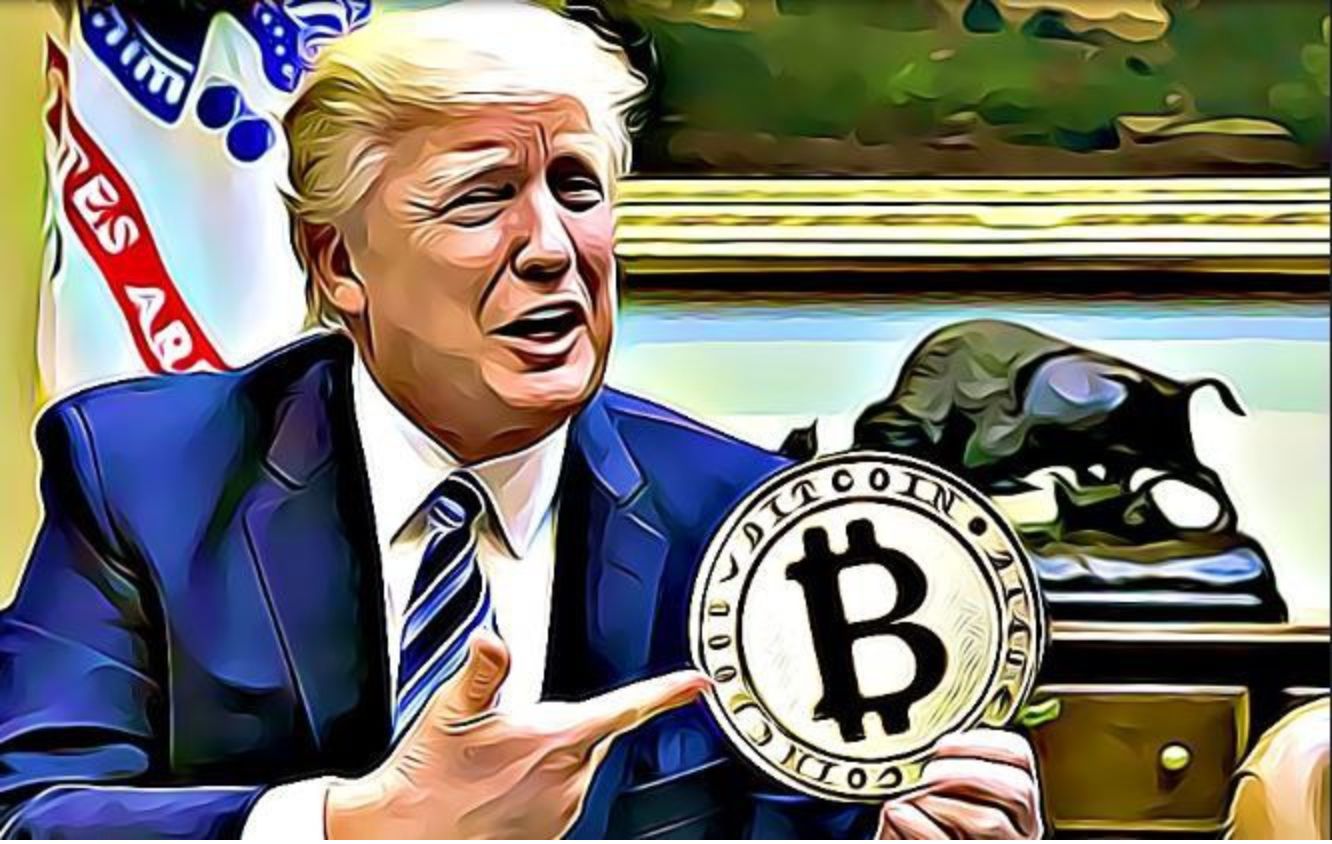 As a result, President Trump, unintentionally motivated Americans to get rid of dollars and buy digital coins. Furthermore, officials in the US government also started to analyse the opportunity of investing in BTC and other digital currencies. The head of the Federal Reserve Board, Lael Brainard, informed that the FRB is looking into the safety and effectiveness of a potential central bank digital currency (CBDC).

How will the reign of BTC change the global economy and politics?

Bitcoin is naturally becoming an independent instrument to free oneself from any control. It’s hard to predict what will happen if BTC becomes widely accepted in all countries, but there have already been several global developments:

Survival guide during the downfall of the dollar?

It may be a little too soon to state that USD will cease to be the number one currency in the world, however, current indications are something to be concerned about. Digital currencies have shown much higher resilience during the economic crisis this year. Besides, people have started to save their money in digital currencies, rather than in government issued national currencies or USD. 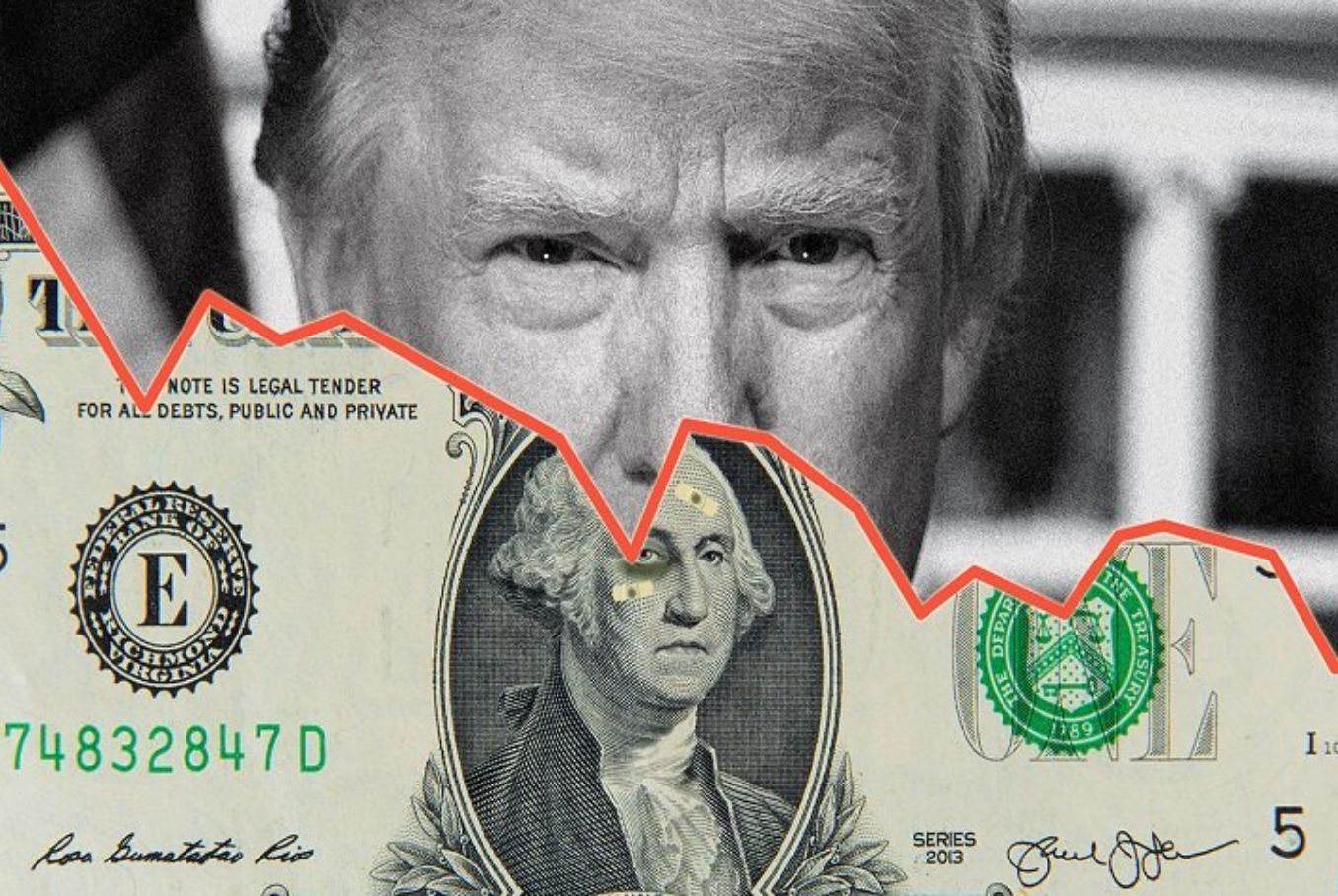 The current devaluation of USD does not mean the end of the world, but it shows that you can no longer trust USD as a way to hold the value of your money. In the meantime, the rise of digital currencies provides you with an opportunity to invest without a huge capital. Even Americans have started to exchange their “Coronavirus Dollars” with BTC.

In conclusion, it’s just natural to diversify your assets in the ever-changing market, and investing in digital currencies can be a way to save the value of your money.

USD will continue to be the leading global currency because the USA will try hard to not allow anyone else to replace its dominance. Nevertheless, during the unstable economic times of 2020, Bitcoin is continuing to prove to be an excellent way of safeguarding value. BTC correlation rates clearly show that people have started to place more trust in cryptocurrencies and have become less enthusiastic about investing in USD.

Related Stories
Subject Matter
Download Mysterium VPN - First 20 GB streaming FREE by @Mysterium Network
#promoted
DAOMaker and Eminence Included in The Biggest DeFi Hacks of 2020 by @Goldaz
#defi
Can Bitcoin Go Even Higher? by @benlilly
#bitcoin
What Do I Do If I Can't Find My Old Bitcoin Wallet? by @nischalshetty
#bitcoin-wallet
Options Trading Get A Huge Shot in The Arm with The Arrival Of DeFi by @yankjing
#defi
Alternatives To The Bitcoin Blockchain Attempting To Answer The Scalability Question by @nonamec3po
#bitcoin
Why Is BTC Over $50k While Other Cryptocurrencies Struggle To Cross $1: A Deep Dive by @nonamec3po
#bitcoin