Why You Should Build Your Mobile App With React Native

Product development specialist with a technical background and a decade spent working in tech.

React Native​ is a framework developed by Facebook that allows you to build mobile apps for both the iOS and Android platforms while sharing the same codebase. React Native works by allowing developers to write code with the Javascript-based React framework and then rendering this to either an iOS or Android app with the native UI elements and API of that platform. Since the resulting app is a native app (unlike hybrid web view based approaches) performance and user experience is optimal.

This means that you can create user experiences that are actually native but also share a large percentage of the codebase across the Android and iOS platforms, resulting in faster time to market and lower overall project cost. It basically cuts the time and cost of mobile app development in half because you don't need to have one set of developers working on an iOS version of the app and another set of developers working on an Android version.

There are older frameworks that offer this same promise of a shared codebase for iOS and Android but none of those options even come close to the high-performance levels of React Native. The thing that sets React Native apart from some of the earlier platforms such as Ionic and PhoneGap is that React Native isn’t just a responsive website wrapped in an app.

React Native actually uses the same native UI components as building blocks as would a normal native app and has direct access to the underlying OS APIs, the difference being that the app is written in Javascript instead of, for example, Swift (iOS) and Java (Android).

A button you see in a React Native app running on iOS is actually an iOS button element and not a button on a web page. In fact, there have been studies that show that React Native sometimes allows for higher performance than true native apps as it can more efficiently handle the CPU, GPU and Memory of the device.

React Native is the first framework that truly delivers on the promise of cross-platform native app development and that's why it's now used by companies like Facebook, Instagram, Uber, Shopify, Skype, Microsoft, Bloomberg and Walmart.

When does it make sense to use React Native?

The benefits of React Native are less pronounced when introduced into large existing applications already built in native code, or in certain contexts like a gaming app that needs high-intensity graphics, but for the vast majority of use cases React Native will let a company iterate faster, more cheaply and still maintain native mobile app performance.

In addition to being faster to build and maintain, React Native apps are also easier to hire for since you only need half the developers to achieve the same outcome. If your company doesn’t have existing native iOS or Android developers in-house and you’re looking to hire mobile developers in the future it especially makes sense to consider React Native.

Using React Native doesn’t mean that you’ll miss out on the latest features in iOS and Android. The vibrant open-source community often writes React Native packages for new platform features very soon after they are introduced to the iOS or Android operating system.

Plus the beauty of React Native is that you can still use native code where necessary. Typically there is always a small amount of native code required to integrate with third-party libraries but every device feature you could want is still accessible in a React Native project.

Which companies are using React Native?

In addition to Facebook, Instagram, Uber, Shopify, and Microsoft here are a few case studies of other large companies that have chosen to build their mobile apps in React Native:

Walmart, the world’s largest retailer, moved their mobile app development over to React Native in 2016. Their main app is now written in React Native and 95% of the codebase is shared between iOS and Android. 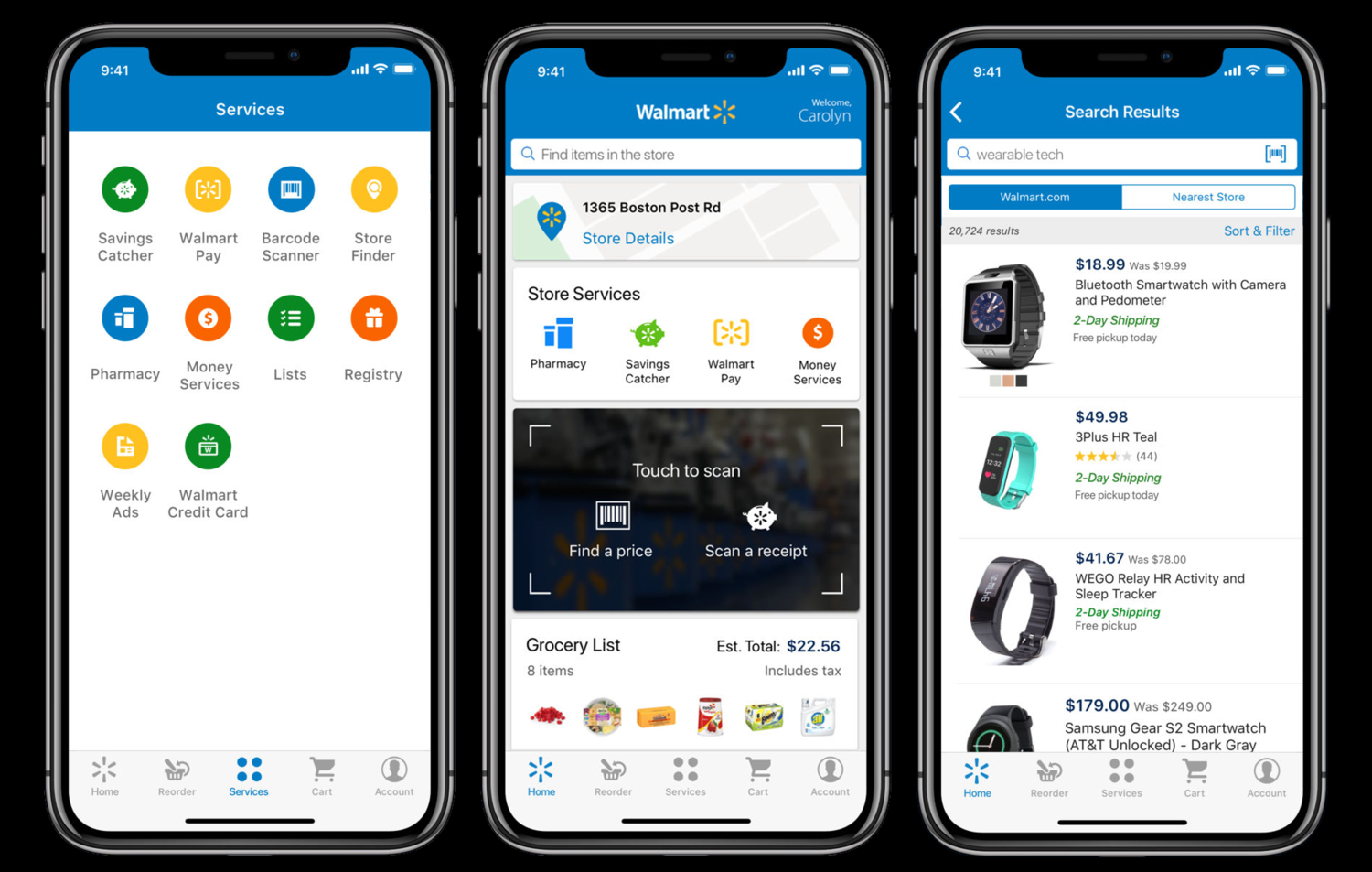 The company has blogged about their experience with React Native, saying:

“It’s safe to say that as far as look and feel goes, writing this app in pure native wouldn’t provide any significant benefit over React Native” and “we strongly believe that React Native is a fantastic framework. It’s done everything we wanted of it, and it’s done so admirably.”

Bloomberg launched a new consumer mobile app in 2016 for iOS and Android offering users a streamlined, interactive experience with easy-to-access personalized content, videos and live feeds featured across Bloomberg Media. While other free software projects like Titanium and PhoneGap promise to offer developers a native look and feel, Bloomberg found that React Native was the best tool available in the market today to create native apps simultaneously for both iOS and Android platforms.

It took the team of developers in New York just five months to develop the app—roughly half the time it would have taken had they not used React Native. Before React Native, Bloomberg teams would have developed the iOS and Android versions in parallel without being able to share most of the code they wrote, leading to delays and repetition. 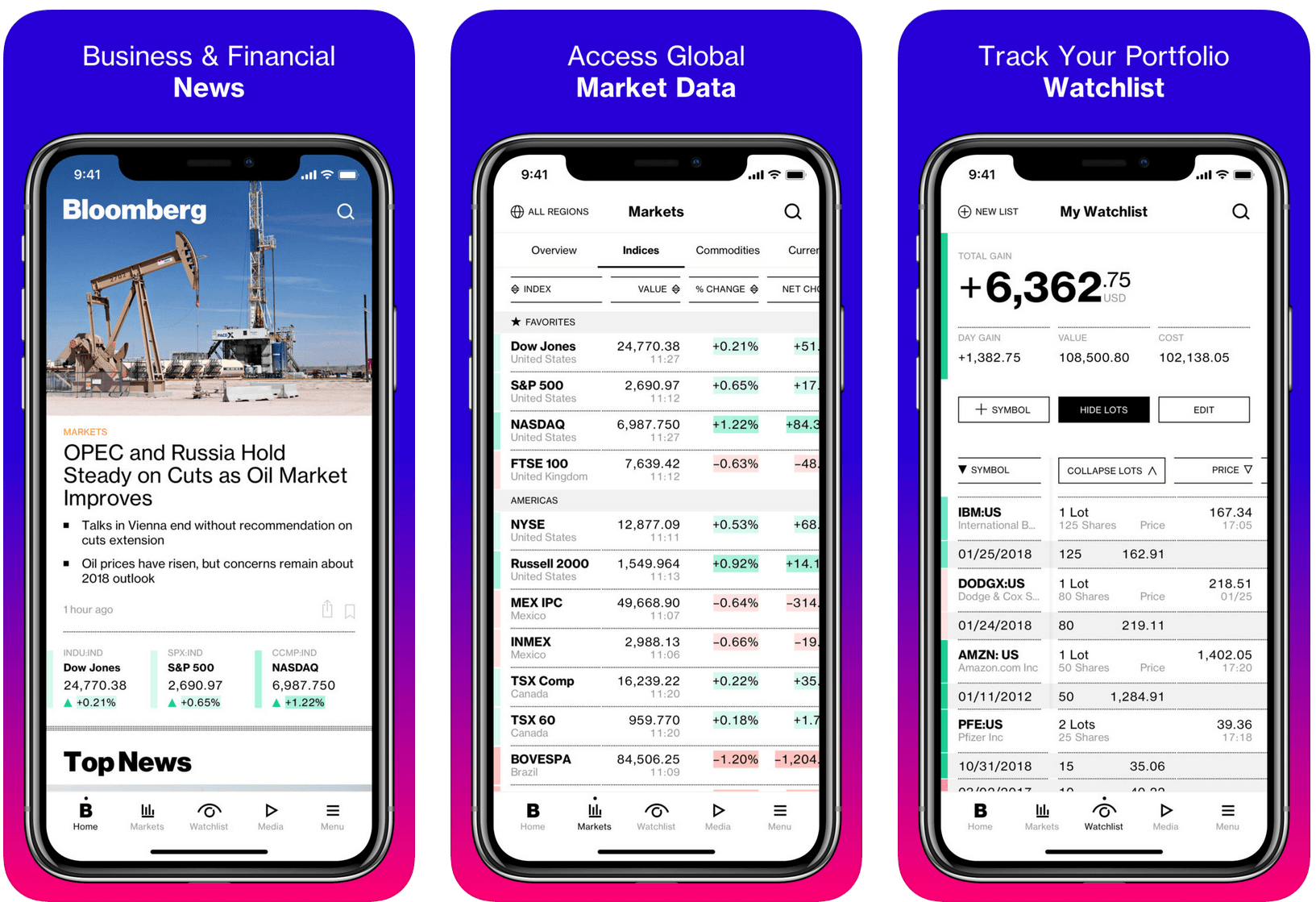 “React Native is the best out there, expect it to appear in other Bloomberg mobile apps in the future.” - Gabriel Lew, senior software engineer at Bloomberg.

Afterpay, the fintech company offering a “buy now pay later” service that allows users to purchase consumer goods over four instalments, is the fastest-growing public company in Australian history. They now operate across Australia, New Zealand, the UK and the USA.

The Afterpay mobile app that is designed, built and maintained by Dovetail is 100% built with React Native and has been from day 1.

In-store purchases, a channel that didn’t exist until the mobile app offered a feature to generate and pay with barcodes, now represents approximately 20% of total underlying sales for Afterpay in Australia and New Zealand.

The app’s ease of use and intuitive design has been a large driver of the company’s customer growth. It went #1 in each local App Store within 48 hours of launch and has been downloaded over 15 million times while still maintaining a 4.9 / 5 rating. As of Apr 2020, Afterpay’s iOS and Android mobile apps have over 6 million monthly active users.

React Native is an impressive new technology that’s being used by some of fast-growing companies on the planet all the way up to businesses in the Fortune 500. It’s fast becoming the preferred choice for mobile app development and it’s clear to see why: great native performance but with a reduction in development time and cost to build cross-platform. A thriving open-source community is making sure the framework gets better every single day and it’s exciting to think what sort of incredible apps built in React Native we’ll see in the future.

Related Stories
Subject Matter
Win $2000 by building a web app on Velo by Wix by @Wix
#promoted
You Probably Underestimate Control Variables by @doublex
#code-quality
How To Remove Duplicates From a JavaScript Object by @ashyk
#software-development
How To Create a Tip Calculator with Flutter by @alphamikle
#flutter
Turning Your Website Into A Mobile App Really Fast With React Native by @suhail
#technology
Default Parameters in JavaScript: Beginners Guide by @micogongob
#javascript