Why Women Are Paid Less: Reflections on a Netflix Episode of 'Explained' 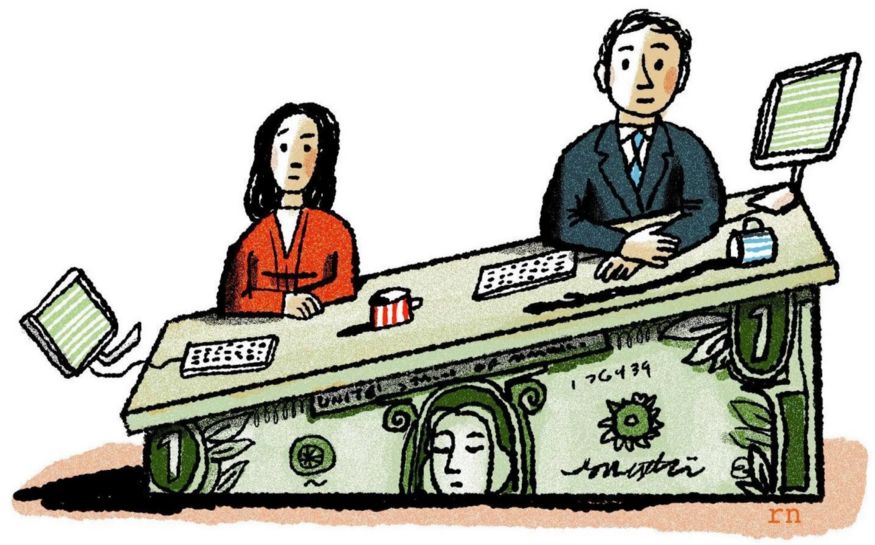 The Gender Pay Gap can be interpreted differently by different individuals on the basis of the lens through which it is viewed. In recent times, pay equity has been thrust under a glaring media spotlight. The #MeToo movement of 2018, which began as an exposé of sexual harassment and assault, cascaded into the analysis of various prominent issues, one of which being gender inequality in workplace, encompassing not only pay inequity but also barriers to advancement and representation of women in leadership.

In order to understand what gender pay gaps mean, it’s essential to know that there are two distinct methods to calculate gender pay gaps — controlled and uncontrolled. While the uncontrolled or unadjusted pay gap is calculated by taking the ratio of median earnings of all women to all men, regardless of industry, skill level, education or any other type of diverse demographic that can affect an individual’s income. Controlled gender pay gap, on the other hand, takes into account factors such as job title, experience level, industry and location, that differ between men and women in the workplace.

We live in an equal world, gender pay gap in today’s day and age is a hoax and other lies you can tell yourself. 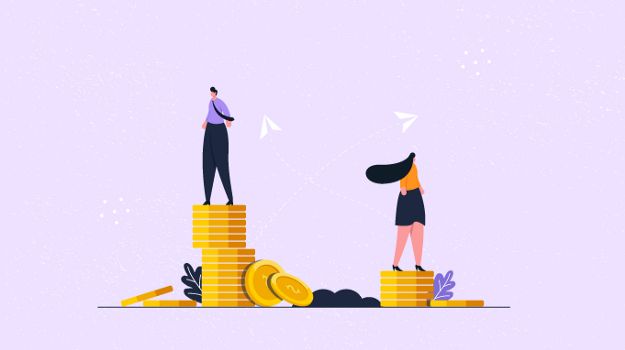 The statistics for gender pay gap ratios in countries all over the world echo a similar plight.

Researchers around the globe have pointed out that increasing the percentage of women in the workforce and ensuring equal opportunities and pay equity can majorly contribute to the economic growth of a country and can prove to be an accelerator in eradicating poverty.

Despite the voices demanding “Equal pay, for equal work” there has been a major force in play denying equal opportunity — discrimination, however overt pay discrimination only potentially explains a small part of the pay gap paradigm.

The question remains, if it is not about discrimination, then why are women still being paid less?

How gender pay inequity has evolved over the years

Historically, there have been less women in the workforce around the world, they have been less educated and most of them have been involved in menial/repetitive jobs like in factories or assembly lines.

Even in progressive nations like the United States, people understood that women needed to make a little money, but career?

That was for men. Unfortunately, this sentiment still resides in the hearts of a significant section of the population across various countries, including India.

Previously, pay gap could be attributed to lower education rates, lower workforce participation, the notion of “feminine” jobs and the lack of legislation pertaining to equal pay, along with a slew of cultural norms about gender roles and attributes, such as women can’t hold power, women are less intelligent, women should be homemakers and women should raise children.

Over the years many factors that caused the pay-gap shrunk, except for one — the idea that women should raise children. 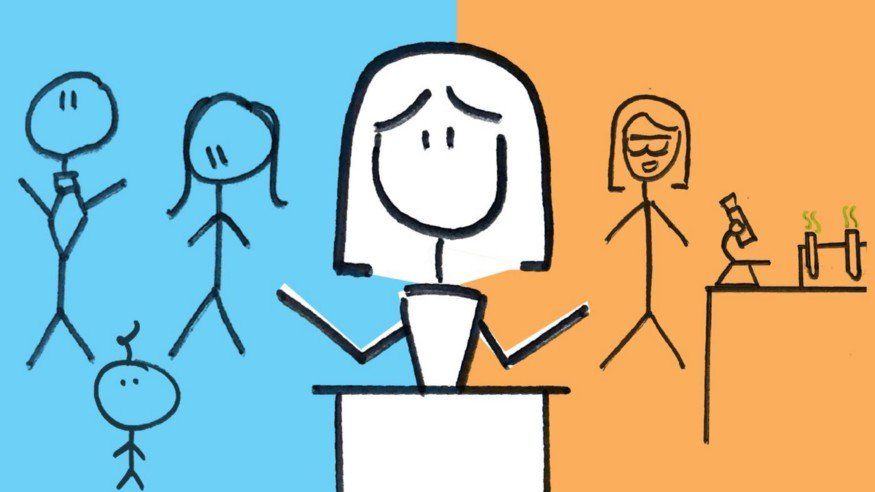 Despite all the awareness and activism around gender equality, one idea that's stayed stable is the one that women bear children, and, at the end of the day - in the majority of places - are expected to be the primary caregivers.

Even as women became doctors, lawyers, engineers and heads of state, popular expectation remained in the society that they would do most of the work in raising children. In the US, the UK and even in progressive Scandinavian countries, surveys show that only a fraction of the population thinks women should work full-time when they have young kids, whereas the percentage flips when it comes to their male counterparts.

Studies show that even when a mother does work full-time, like her partner, she spends over 9 hours per week more than him on childcare and housework. Over a year, that is equivalent to three months of a full-time job. This unpaid labour is the heart of the prevailing gender pay gap.

Battle of the sexes

Anne-Marie Slaughter, an international lawyer, observes the trajectories of two law students — a man and a woman, who look exactly the same (to rule out racial discrimination), have the same educational record and the same experience. As they hit their late 20s, early 30s, the “childbearing years” and decide to have a child, whenever one parent needs to stay at home to fulfill parental obligations, that parent is most likely to be the mother. Henceforth, the man is most likely to be promoted, while she on the other hand has had to turn down some of those assignments, say no to some of the work-related travel, and this is where the gender pay gap starts perpetuating. Therefore, eventually he makes partner at the firm which opens multiple avenues for him, whereas she’s not even earning the same, working flexibly, possibly part-time and from there on, her earning potential and his just keep diverging. 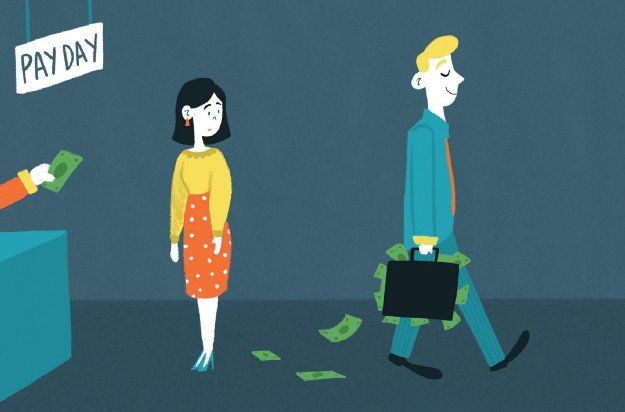 When one compares the trajectories of the earnings of a woman with kids and a woman without kids, it is evident that the gender pay gap is not as much about being a woman as it is about being a mother (or the possibility of the same). Many call it the “motherhood penalty”. While some may argue that it is a job choice that a woman (mother) makes, it must be noted that more often than it might seem, men and women do not get the same choices. Growing up, we are made to believe that care-giving is more of a woman’s job than a man. The roots of this issue go deep and are embedded in our understanding of family — which is why the gap is so hard to close.

The Curious Case of Iceland

Ever since the huge grass-root wave of 1975 in Iceland, where women went out to the streets to object to the prevalent gender pay gap, the representation of women in politics skyrocketed, and in merely 5 years, in 1980, Iceland voted in the first democratically-elected female president in the world. With higher representation in the houses, policy changes followed, and in 1986, when guaranteed maternity leave was a novel idea, Iceland passed a resolution ensuring 6 months of paid maternity leave.

But as progressive as this law was, it defeated the very purpose for which it was introduced. It encouraged new mothers to stay at home, while the new fathers kept working, thus reinforcing the cultural norms and stereotypes at the heart of the pay gap. To overcome this shortcoming, the lawmakers formulated a radical legislation — paternal leave to new fathers on a use it or lose it basis, which pressurized them to take it.

The Prime Minister of Iceland, Katrín Jakobsdóttir, asserts that obligational paternity leave has made a positive impact on the culture of men in Iceland. It really makes all the difference, not just at home, but also in the job market, because now while hiring either a man or a woman, the recruiter is aware that both will take a maternity/paternity leave.

Countries like Iceland, have paved the way and set the stage for many countries to follow, and have proven that narrowing the gender pay gap is NOT impossible. While the situation all over the world is improving, the WE Forum’s Report reveals that gender parity will not be attained in the 100 years to come. The introduction of women in the workforce was a part of a worldwide cultural revolution, and changing the expectations that women should be the ones to raise children would require another quantum cultural shift.

Unless we think of men and women as both care-givers and breadwinners, we will not be able to bridge the gap.

This article was originally published here, and is loosely based on the episode Why women are paid less from the docu-series 'Explained', from Netflix.

editor's note: VOTE for Hacker Noon's Contributor of the Year - WOMEN IN TECH in the 2020 Noonies today!

Everything you need to know about Microsoft Codess!