Why the problem of an aging population matters now more than ever? 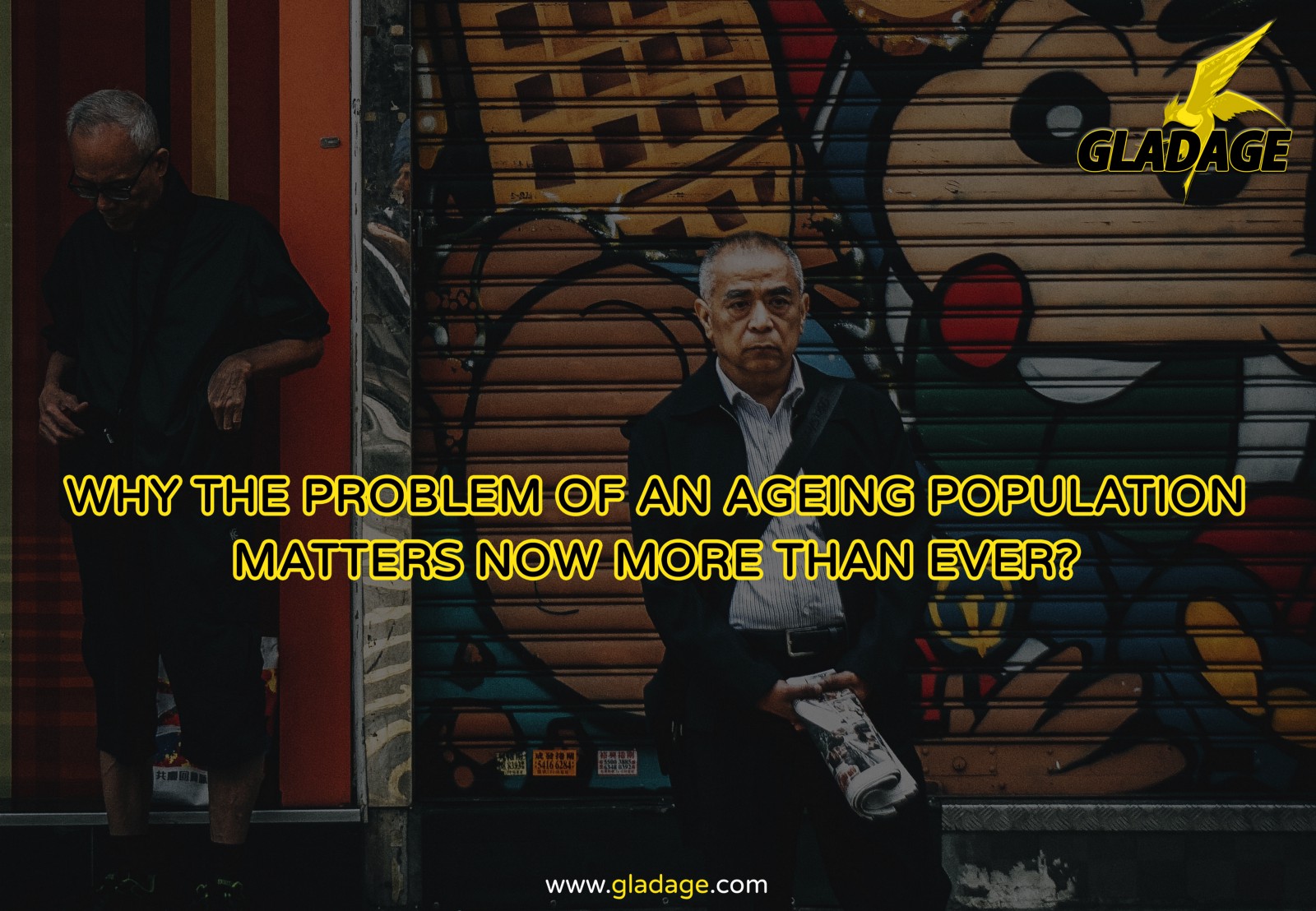 The world is getting older by the minute. According to a report of the United Nations, the old-age dependency ratio (ratio of people ageing above 65 per 100 people ageing between 15 and 64) has been on a rampant rise over the years. In the year 2005 this ratio was 11.3, in 2010 it was 11.7, and it is expected to grow further- by 2020, it will reach 14.4 while by 2030, it will be touching a total of 18. Before you think otherwise, let us tell you that this is a global issue. Every country is experiencing ageing population growth and will be affected proportionately by it.

We may not realise this now, but population ageing is set to become one of the most consequential social alterations in the age of humankind. Improvements in the overall quality of life and medical advances have helped older people to live longer. While ageing is a worldwide issue, the process is at a more advanced stage in some countries of Europe and Asia than that in the United States. Regardless of the region, population ageing affects various aspects of daily life- healthcare, pension, retirement, housing, transportation and so much more.

Let’s delve deeper into these issues-

According to WHO, the number of people ageing 65 or above is estimated to grow from 524 million in 2010 to 1.5 billion in 2050. Most of the ageing population growth is happening in developing countries which are plagued with ready-to-collapse healthcare systems. After a certain age, a person needs round-the-clock medical assistance as infections, and chronic diseases become a way of life. Heart diseases, cancer, hypertension, dementia have the most extensive impact on the ageing population. Are the current healthcare systems ready to manage these conditions and be changed forever?

Picture this- an economic crisis insinuated due to the pressure of ensuring financial security for the older people. Hard to imagine, isn’t it? Let’s face facts- many people ageing between 15 and 64 are either unemployed or simply do not contribute to the social pension schemes. This paired with rising early retirements make it rather hard to compensate the growing costs of pension schemes. Cutting out pension benefits is not an option either as it may lead to a poverty issue amongst the elderly population.

Changes in the economic structure, abrasion of societal values, and rampant rise of nuclear families have redefined the social roles. The younger generation is busy pursuing their dreams and lack the time or interest to take care of their parents. The bond between generations is weakened further due to a lack of adequate nursing homes. The older population either suffers from harsh treatment on the part of their children or they reduce themselves to minor shells counting out their last days amongst the poor living conditions of care homes.

Apart from these broader issues, we simply cannot ignore the ugly experiences older people have to go through as they age. It is hard to imagine how they face physical as well as emotional neglect, abuse and violence when their bodies are about to give up at any point in time. An ageing population is no longer a ponderous issue just for the government, each one of us is impacted by it either directly or indirectly.

All is not lost

One positive outcome of population ageing- a new care market is wide open, and there’s a growing need for experienced caretakers. We lack in fulfilling the only requirement senior citizens have from us- custodians who care for them. While policymakers are still racking their brains to come up with the most suitable solution for this raging issue,

GladAge realises the need for immediate action. The existing care homes are indeed neither capable of housing such a large population nor do they conform to the required standards. GladAge takes on the herculean task of building decentralised care homes powered by Blockchain technology thus ensuring that the entire ecosystem is much more efficient and effective. It will create an ecosystem with thoroughly vetted homes that will provide a senior citizen-friendly atmosphere with the best caregivers.

“What helps with aging is serious cognition — thinking and understanding. You have to truly grasp that everybody ages. Everybody dies. There is no turning back the clock. So the question in life becomes: What are you going to do while you’re here?” -Goldie Hawn, Actress

The implications of population ageing are poised to affect every aspect of our social as well as economical lives. Human beings have been implementing various technologies to delay the looming ghost of death, but now it is time to use technology for a far more significant purpose. The ageing part of world’s population is in dire need of our assistance- GladAge is ready to stick up for them. Are you?