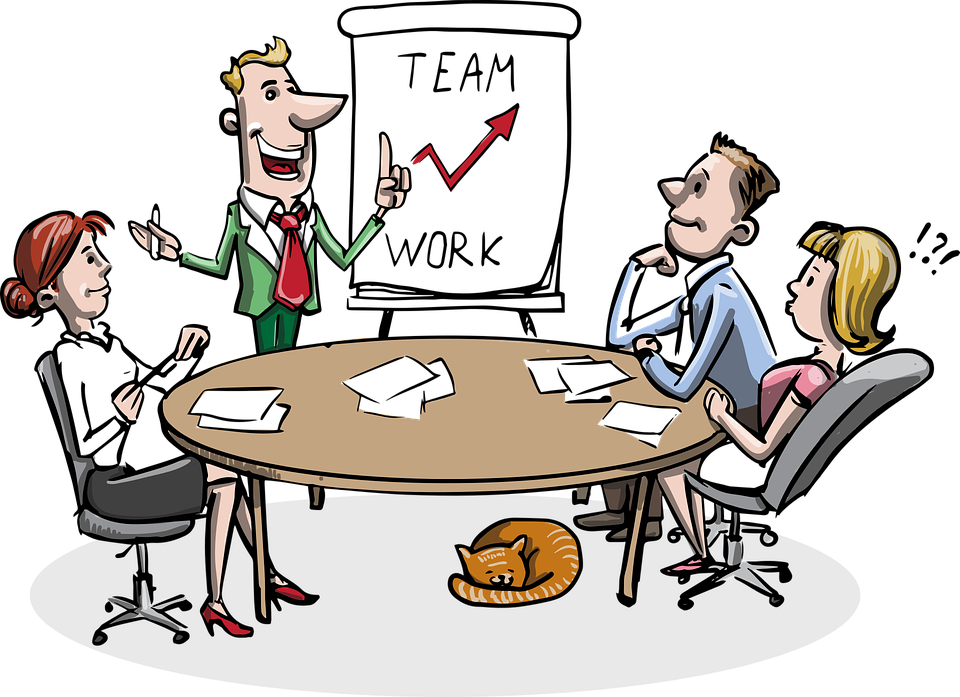 Engineer at seldon.io. Hackernoon Contributor of the Year - Engineering.

Team building is not popular. One survey found 31% of workers dislike team-building activities. Perhaps many have been scarred by the forced fun of clumsy corporate team building events. But there’s real value there to be unlocked. How well a team communicates can be more important than how skilled its members are.

We’ll look at studies on the importance of good communication. We’ll see that the key aspect is psychological safety - people have to feel comfortable voicing ideas and disagreeing. Building a safe environment should be key to nurturing a team.

Teams vs Collections of Individuals

A common claim against team building is that it is pointless. This, I think, comes from a problematic assumption that work is mostly about individuals performing tasks.

Many people think of work primarily in terms of their personal workload and getting through their queue of tasks. Of course team building isn’t very relevant to individual task performance but it’s very important to collective decision-making. It’s relevant to communication and negotiation. It’s also important to how invested people feel in the team’s work.

An MIT study found better correlation between the team’s social perceptiveness and its collective intelligence than the IQ of its members. Team members understanding one another and being receptive to one another’s states of mind was more important than their individual intelligence. This may seem counterintuitive but can make sense for highly collaborative work. An author of the study explains:

Software is a world of specialists. And specialisation is important for mastering specific skills and efficiently dividing labour. But specialisation can also lead us to forget how interconnected the work of making software really is.

Teams only perform well when members can communicate well with each other. This finding from the MIT study is pretty intuitive. What’s less intuitive is that the most effective communication requires an environment of psychological safety.

Google studied 180+ teams from 2013 - 2015. The surveys found that the team’s dynamics mattered more to the team’s performance than the skills of its individuals. The best teams answered yes to the question “Can we take risks on this team without feeling insecure or embarrassed?”. Google called this the psychological safety question.

But the big question that really made the difference was “Can we take risks on this team without feeling insecure or embarrassed?” This psychological safety question mattered more than the other questions and more than the abilities of the team members.

Why is psychological safety important? Teams have to be able to voice ideas that might sound silly. Ideas that seem silly at first can be developed into something successful. Teams can’t be creative if they can’t explore a wide range of possibilities.

People have to feel comfortable voicing concerns and working through problems. Otherwise you get elephants in the room and avoidance of conflict.

Not all possibilities can be explored at once and teams have to prioritise. That means disagreements. Healthy and necessary disagreements. Individuals will avoid this kind of conflict unless they feel comfortable and they trust that others won’t get personal.

How to Approach Team Building Effectively

It would be a missed opportunity to think that you’re only building a team if you’ve paid a company to run a team building event. Some of the best team building can happen spontaneously. It might be at lunch or part of the team’s normal work. The Tuckman model of group development suggests that team building will often happen naturally: 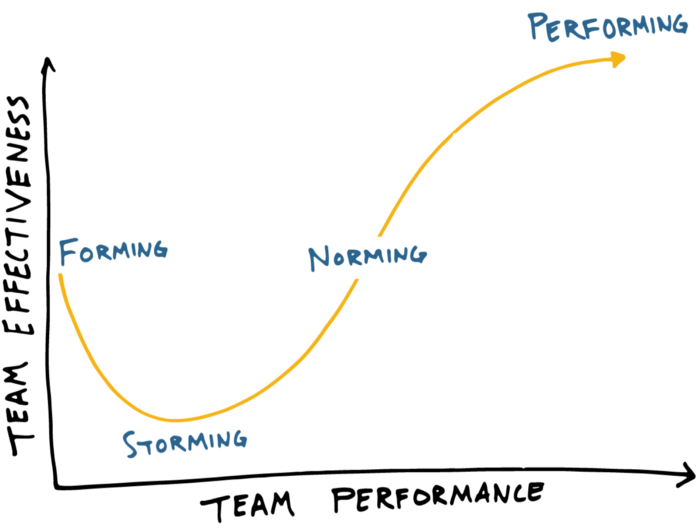 (Image from Sean Connor on medium.)

Under the model teams evolve through phases:

The key point is that team development is something to be encouraged and nurtured and not forced. There can be lots of ways to nurture teamwork. It doesn’t have to be called team building. The main thing is to create opportunities for people to interact freely and in a relaxed way. So consider letting teams choose their own activities.

There are lots of games for team building and many designed to help people open up and share more of their personalities. But jumping straight to games that ask people to reveal their personalities might not help win round any sceptics.

Team building doesn’t have to be removed from the work itself so long as the environment is relaxed and collaborative. When Google released their study showing the importance of psychological safety, they also released a guide for day-to-day fostering of psychological safety. It's also worth considering games to help better practice of Agile.

It’s ok to do a dedicated off-site team building session but it’s a bigger thing so needs care about buy-in. If you don’t genuinely answer objections about the purpose then people may just go through the motions. So expect to need to explain why you’re doing it.

Be careful about the motivations for team building. It’s easy to see a team with problems and think they need team building. But it might be that the team’s objectives aren’t clear or aren’t realistic. Sometimes issues in team interactions are just a symptom of problems coming from outside the team. If there are issues about direction and leadership, then team building alone won’t fix them.

Clumsy imposition of team building sessions can naturally lead to frustration. But team building need not all be tarred with this brush. There are lots of good ways to nurture team cultures. Teamwork can be improved and building teams is an important aim to have.

(Title Image by GraphicMama-team from Pixabay.)