Is "Crypto For Good" Real Or Just Hype?

In these early days of the blockchain industry, wild claims are thrown around left and right, whether it's that "blockchain will capture $10 trillion by 2027" or that it can "eradicate poverty." Another claim is that blockchain can be a powerful tool for social good, spread by the likes of IBM and Stanford. Let's separate the wheat from the chaff and ask, is "crypto for good" legitimate, or just another speculation?

If you're creating a new technical product or service, you'll need one or more Unique Selling Propositions (USPs) to be successful. Whether right or wrong, the commonly held belief is that blockchain mainly offers these two USPs: Trustlessness and decentralization.

Both of these phenomena also have the potential to increase access, as they both are tools for dis-intermediation — with intermediaries typically being gatekeepers that limit access. This is fundamentally why blockchain can be a tool for social good. The same goes for applications of blockchain like crypto. In the words of Olawale Daniel:

“Blockchain technology is coming to replace the old, rotten system of governance around the world. Embrace it!”

We've all experienced the concept of "barriers to entry," or simply the existence of obstacles to get into a certain field. Many times, barriers to entry exist, at least in part, to increase quality, whether it's college admissions applications or nightclub guest-lists.

However, barriers to entry can quickly become unjust, preventing, for instance, entrepreneurs in developing countries from raising capital. Indeed, even today it is extraordinarily difficult for African startups to raise money. Startups are created to solve important problems, whether they're financial, social, or both, like with South Africa's The Sun Exchange, which was built for a simple cause:

"Make an impact while you earn."

Solar energy is a massively valuable, yet underutilized resource. As a sustainable energy source, it's becoming an increasingly important alternative in the face of carbon emissions and air pollution. However, there's a barrier to entry for solar adoption, especially in emerging markets. The purchase, installation, and maintenance of solar can be out of reach for those in developing countries.

The Sun Exchange aims to solve this through peer-to-peer solar leasing, offering cells for sale at just around $6 each, then installing the system after all cells are sold. Cells owners then receive monthly payments — it's a system for doing good and doing well.

In an interview, their Founder Abraham Cambridge expressed the fundamental motivation behind working in solar:

"Climate change is the most imminent threat to humanity."

As discussed by an Inc. article, climate change is a $26 trillion opportunity. Rural Bangladesh families alone are spending $2 billion a year on climate change. Clearly, innovative solutions are in dire need.

An additional point of discussion can help bring wide-spread appeal to these ideas: The financial benefits of social good. Rather than seeing doing good as some sort of social mandate, which excludes traditional profit-first thinkers, we need to see it as a core part of doing well. Looking at the numbers, this is a massive financial opportunity.

This is where companies like Invictus Capital come in, which offers an "Emerging Markets Solar (EMS) Fund" to invest in solar infrastructure projects in emerging markets, done via the Sun Exchange. (Disclaimer: I'm a consultant at Invictus). 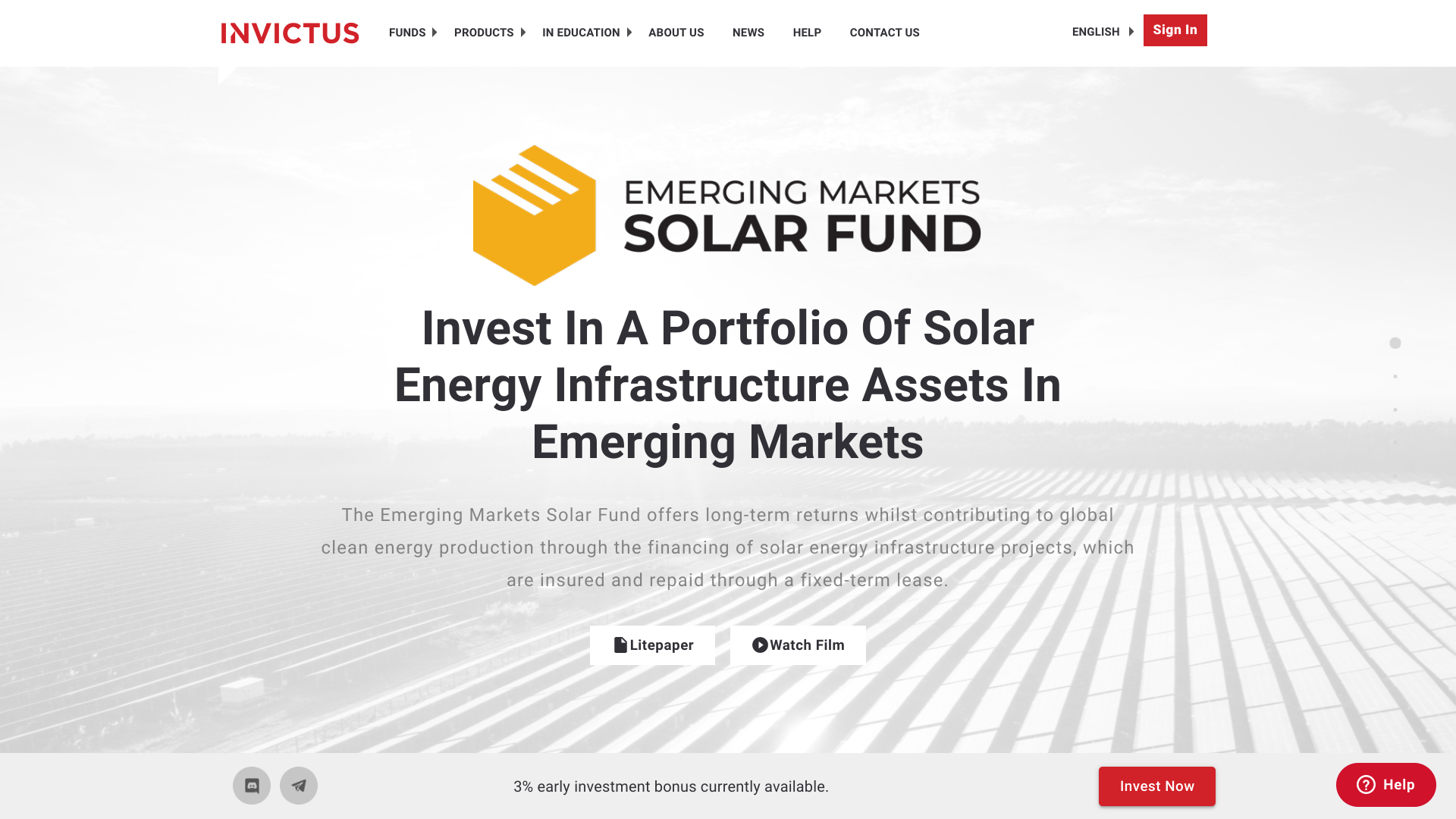 EMS is a tokenized fund, which expands investing beyond the tycoons, making it accessible to people around the world. Andy Singleton wrote about them extensively here. Beyond greater accessibility, tokenized funds can also have greater liquidity.

The EMS fund creates opportunities for everyday people, not just wealthy investors, to contribute to meaningful solar projects and make money doing it.

In conclusion, phrases like "crypto for good" and "blockchain for impact" aren't just green-washing, they're massive financial opportunities that are largely untapped.