Basic Reasons Why Should Universities Teach Blockchain to Students 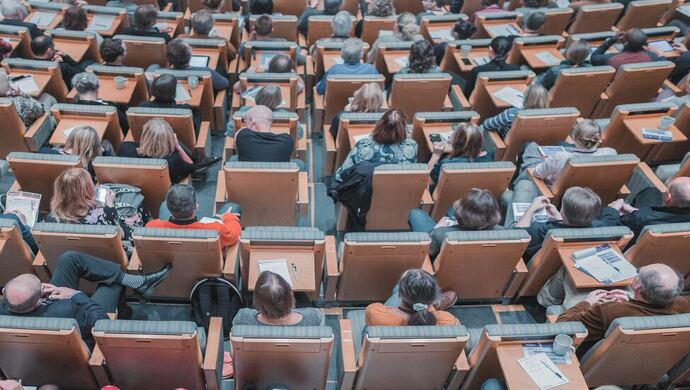 Blockchain – there is very little chance you did not hear about this technology. It can certainly be dubbed one of the most innovative and useful latest technological advancements of the XXI century. According to the data from Statista:

“Worldwide spending on blockchain solutions is expected to grow from 1.5 billion in 2018 to an estimated 11.7 billion by 2022.”

Blockchain brought a wave of decentralization with it, which was not around before – and while some have jumped on the bandwagon of innovations that came with blockchain, there are so many people in the world that still have very limited understanding of what blockchain really is.

Why learn about blockchain?

Thanks to the numerous unique and extremely useful features of blockchain, including decentralization, this nascent technology are here to stick. Already, hundreds of thousands of modern companies are working on blockchain-fueled solutions that are going to improve our way of living in one way or another.

With the abundance of real-world use cases, blockchain has surprisingly low adoption at the moment – barely any governments have deployed blockchain-based solutions for the public sector.

One of the key reasons this happens is the low level of knowledge about blockchain among the general public. As a result, some of the world’s leading nations are lagging behind due to the inability to solve some of the lingering issues with the power of blockchain.

Luckily, many governments started looking in the right direction. The first step towards a wider blockchain adoption in countries comes with changes in the education program. In fact, according to the Coinbase, currently, around 56 per cent of the world’s top 50 universities offer at least one course that focuses on blockchain or cryptocurrencies. This figure went up from 42% in 2018 – this shows slow but steady progress.

Another piece of data that shows the demand for this kind of initiatives is also presented by Coinbase:

Today, universities all over the world are introducing blockchain courses to their students as they realize the importance behind the technology. Some of the countries that have universities with courses on blockchain include Switzerland, the USA, Canada, Denmark, Singapore, Cyprus, Spain and more.

One of the first universities to introduce blockchain-focused courses to its curriculum is Cornell University in the US. Many Cornell alumni are leading successful blockchain and cryptocurrency projects.

Demand for blockchain education is rising

Blockchain statistics from Coinbase show that 70 per cent of blockchain and cryptocurrency classes are taken outside of computer science – including economics, humanities, and law.

This signals that the majority of modern students are interested in learning about blockchain irrespective of their key focus of studies. The increased interest in decentralized technology comes from a distrust in the modern financial system.

Data from a survey of 735 students from the US unveiled that they believe that the current financial system is “inefficient”, “unstable”, and “slow-moving”.

For those that study law, the blockchain challenges traditional legal terms and categories, which can be extremely relevant in the coming years. For students from economy and business schools, blockchain and cryptocurrencies are a subject of interest from the perspective of the nature of money. Some even see Bitcoin as the next step in the evolution of money.

In addition, some schools’ classes focus on how decentralization can aid data storage and decision making processes in the future.

Considering the abundance of blockchain use cases in the current market, students are guaranteed to have a lot of learning material. The below graph shows blockchain technology use cases throughout global organizations in 2019.

Despite lagging behind developed countries in terms of some parameters, emerging economies show a lot of potentials when it comes to the adoption and development of innovative technologies, such as Blockchain.

One of the developing countries that have been increasingly active in regards to blockchain and cryptocurrency adoption in Indonesia. Being the most populous Southeast Asia (SEA) nation, Indonesia offers a wide area of opportunity to introduce blockchain technology to the market.

One of these initiatives took place back in April 2018, when the Indonesian government launched the Making Indonesia 4.0 Roadmap in efforts to prepare the country for Industry 4.0.

This project has provided a solid ground for successful blockchain adoption in Indonesia. In fact, one of the Indonesia-born blockchain projects, Tokoin, decided to step forward to introduce the technology to students through its Campus Meeting Event series.

The key message and focus of the event series are to educate the young generation about the ins and outs of blockchain technology and increase cryptocurrency adoption rates among students.

As a part of the Campus Meeting, Tokoin is introducing Tokoin BITS (Blockchain Integrated Transaction System). This useful feature helps users split the bill or pay the bill partially by card and cash – a situation that is faced by the majority of the global population on a daily basis.

In the course of its Campus Meeting Events, Tokoin has been visiting a number of universities across Indonesia in November as a way to build a strong foundation for blockchain education in the country.

On November 6, Tokoin visited Perbanas Institute in Jakarta. Following this, on November 16, the team paid a visit to the University of Indonesia (UI). Tokoin has collaborated with the Student Executive Board of the Faculty of Economics and will take part in the event “EXCITE 2019” with the theme “Get ready to be active, adaptive and successful in the era of 4.0 industrial revolution and digitalization”.

The Executive Vice President of Sirclo, Rhinaly Tjhin, Head of Business Development at GrabFood, Rizkie Maulana Putra and The General Manager of Tokoin, Ignasius Michael will all take part in presentation for students, highlighting the unique use cases of cryptocurrency and blockchain technology.

In another episode of its Campus Meeting Events, Tokoin team has paid a visit to the Sepuluh Nopember Institute of Technology in Surabaya, East Java. This university is known for its strong focus on scientific, engineering, and vocational education system.

Tokoin plans to continue its journey across Indonesian educational venues in an effort to make a change and bring blockchain technology closer to the students.

With Tokoin leading blockchain education initiative in Indonesia, the level of blockchain technology adoption in the country is set to rise, prompting a wave of innovative projects.

As more universities and projects invest in getting the young generation familiarized with blockchain principles, uses, and benefits, we can be sure that the future of the global economy is in safe hands.

Who knows, maybe soon enough, the majority of nations will accept blockchain technology as something that is worth including in the mandatory education system.