Why is Python Used for Machine Learning? 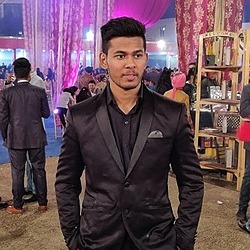 Machine learning has become the boon for the IT industry. Now, AI and MI are not a science fiction idea as it has evolved to reality. AI helps in doing the work, which is impossible to do manually.
Machine learning is one of the main parts of AI to observe and provide accurate results of massive data. This technology has become a necessity in the business sector in recent years. Also, Developers are expanding the capabilities of Artificial Intelligence. But the projects of Artificial Intelligence are different from traditional ones.
The technology stacks and skills play a vital role in handling these projects. To implement the plans in AI and ML, The developers need to use suitable programming language. Python is used for Machine learning by almost all programmers for their work.
Python is the language that is stable, flexible, and provides various tools to
developers. All these properties of Python make it the first choice for Machine learning. From development to implementation and maintenance, Python is helping developers to be productive and confident about the software they are developing.
There are many benefits of using Python in Machine learning. These benefits are increasing the popularity of Python. That is why you see Python mostly in Machine learning Software.

Python is a simple language offering reliable code. Machine learning is all
about complicated algorithms and versatile workflows. So the simplicity of
Python helps the developers to deal with the complex algorithms. Also, it saves the time of developers as they only require concentrating on solving the ML problems rather than focusing on the technicality of language.
Python is easy to read language for humans. Moreover, the developers learn this language with ease. They are comfortable with coding in Python and building the models quickly for Machine learning.
Many developers find the Python more mechanical than other words. Others have concluded that Frameworks and libraries simplify the implementation of various functionalities.
The involvement of multiple programmers in the same project may create issues in other languages. But the Python is considered the best choice for
collaboration when many developers are working on the project.

Python is a general-purpose language, so it can work quickly and give you the time to test your product for Machine learning purposes.

Python is known as the most flexible language in machine learning. It provides various options for users. The flexibility factor reduces the possibility of errors. It let the programmers take the situation completely under control, and work on it comfortably.
The flexibility of the Python doesn't limit to these advantages as it has more benefits. It allows the developers to select programming styles for several types of problems. Here are some of the styles provided by the language.

The imperative style has the commands which perfectly describe how the computer should perform these commands. At the time of program state change, the sequence of computations is defined in this style.
The Functional Style declares what operations should be performed. So it
is termed as declarative and reports the statements in mathematical equation form. But it doesn't consider the program state.

The Object-oriented Style is based on class and object, where similar objects form types. However, this style is not fully supported by Python, but developers can use this style in a limited manner.

The procedural style precedes the tasks in a step-by-step format. It is common among beginners and used for iteration, sequencing, modularization, and selection.

Developers require a well-structured and well-tested environment to develop the best coding solutions. The ML algorithms are very complex, but Python is the rescue with an extensive range of libraries and frameworks.

A library is a pre-written code that is used by developers during a common programming task. These libraries help the programmer and reduce development time. Python has a rich technology stack and has a different set of libraries for Machine learning.
The above-solutions reduce the time and help you to develop the product faster. Also, the developers can use the existing libraries to implement necessary features.

Python is easy to read, so the developers can easily understand the code. Also, they can make changes in it to meet their requirements. Moreover, the possibility of errors, confusion, and conflictions is almost negligible. In this way, the professional efficiently exchange the ideas, tools, and algorithms with others.

Python is a platform-independent language. It is supported by many platforms, including Windows, LINUX, and macOS. Also, the Python code creates executable programs for any standard operating system.

Moreover, these systems will not require Python interpreter to use or execute the code. Also, it reduces the cost of ML models training and saves your money.

Python has become the first choice of programmers in machine learning. The services of Python are suitable for ML developers. If you are developing software in ML, then use Python. The credibility of this language is higher than in others. Also, it is easy to use and understand. So it has become a popular choice for ML.
The developers have stick to this language for their programming tasks. If you observe, then you will find that most of the ML algorithm.
The Python code is suitable to use and implement on any platform. Also,
flexibility plays a vital role in Python. I have shared my views about the use
and the benefits of Python in ML. And I hope that this post has helped you in getting a clear image of Python's role in ML.
Moreover, the benefits of Python are not limited here. It has many advantages which you will notice when using it. Also, it is best for beginners in ML programming.
Thank you, readers, for reading this article.

How to Fix IRQL_NOT_LESS_OR_EQUAL Driver Issue