Why IoT Needs the Blockchain, and Blockchain needs IoT

IoT is everywhere right now. Although it has been around for some time, IoT is steadily growing in popularity and capability to become one of the most ubiquitous technologies today. According to research and analysis firm Gartner, there were around 8 billion connected devices in use at the end of 2017. That’s a 31% increase from the year before, and it’s not slowing down. It’s estimated that there will be upwards of 20 billion connected devices by the end of 2020.

In its current state, the vast majority of these IoT devices are consumer grade electronics that comprise a category that includes everything from smart home technology like the Nest thermostat to the smart-speakers that are being marketed so heavily in stores. We are just now discovering the true scope of IoT, and it seems likely that, in the near future, many of our most rudimentary tasks can be streamlined by IoT technology.

Despite incredible successes in 2017, both of these technologies are still in their hype stage. What they will be is so much better than what they currently are. For IoT, there are lingering concerns about its ability to secure billions of devices connected to a hostile internet. Although IoT is surging ahead, it doesn’t take too many news stories about a hacked IoT baby monitor to stop the movement in its tracks.

An IoT security overview conducted by Accenture notes, “The urgency for viable IoT security solutions grows by the day. At front-of-mind for many businesses and government leaders lies the same, nagging question: What do we need to do to secure the IoT?” If people are going to continue purchasing IoT devices and if enterprise IoT is going to redefine our infrastructure, then this fundamental flaw has to be fixed.

In addition to concerns about security, the IoT needs to expand its capabilities to ensure fast, reliable connections at all times. It’s not a big deal when your Amazon Echo temporarily loses connectivity, but it would be a catastrophe if a fleet of self-driving cars lost signal even for a moment.

Meanwhile, the blockchain is standing by. It’s waiting for its moment to show that it is more than just a hypothetical solution for technologies’ most frustrating problems.

In many ways, the blockchain and IoT are a perfect pair. The blockchain is currently securing the most valuable cryptocurrencies in the world, and its embedded smart contracts and decentralized network are significant solutions for IoT’s security concerns. While there is a sense of inevitability that centralized servers will eventually be compromised, the blockchain spreads that risk across hundreds of servers located around the world.

Moreover, this same feature ensures continual connectivity because an outage in one area does not impact another. The blockchain can ensure that IoT devices maintain the connectivity that they need to provide the services that they offer.

Last week, Jamie Dimon, the CEO and JP Morgan Chase and a public face of crypto-skepticism, acknowledged in an interview with Fox Business, “The blockchain is real.” By that, Dimon meant that the blockchain is a viable technology that will make a real impact across industry sectors. While it’s certainly real, it’s definitely not ready.

In an end of the year report on the blockchain, research and consulting firm Deloitte notes, “Companies should look to standardize the technology, talent, and platforms that will drive future initiatives-and, after that, look to coordinate and integrate multiple blockchains working together across a value chain.”

In its current state, the blockchain is segregated among its various companies and platforms. Developing connections between these blockchains and allowing them to capitalize on one another’s strengths is a necessary next step toward realistic blockchain integration — especially for IoT purposes.

Some of this work is already happening. Qtum, a blockchain company based in Singapore, is developing an IoT ready platform that connects Ethereum smart contracts with Bitcoin’s prolific blockchain. Building connections like this make the blockchain more usable for businesses and more suitable as a system for IoT.

Last week, Qtum announced a collaborative initiative with the 360 Blockchain Research Center and the BTN Foundation. Together they formed the first blockchain-focused research center in China, and their collective efforts are intended to hasten the blockchain’s capabilities. Since 360 Blockchain targets IoT blockchain initiatives, it seems likely that this laboratory will have a helpful impact on the blockchain’s ability to positively impact the IoT ecosystem.

With so much at stake, there are plenty of people investigating ways to ready the blockchain for enterprise use with IoT technology. Blockchain and IoT are growing up together, and they are codependent on one another. IoT desperately needs the blockchain’s features while the blockchain is hungry for the big-time opportunity that IoT represents. Together they are working on something pretty special. 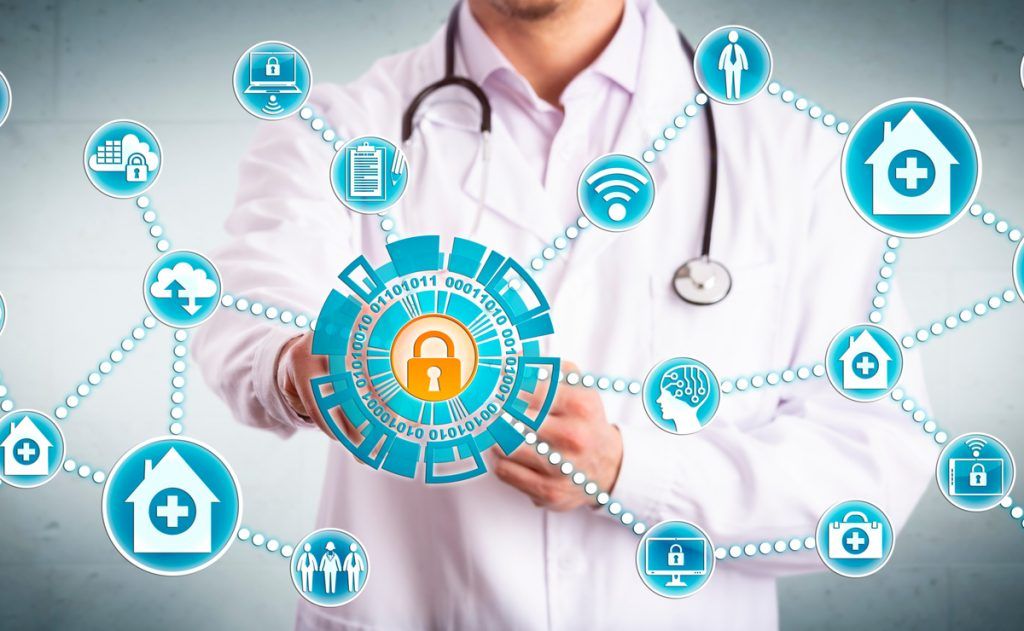