Why Cryptocurrencies Will be Worth Trillions Of Dollars 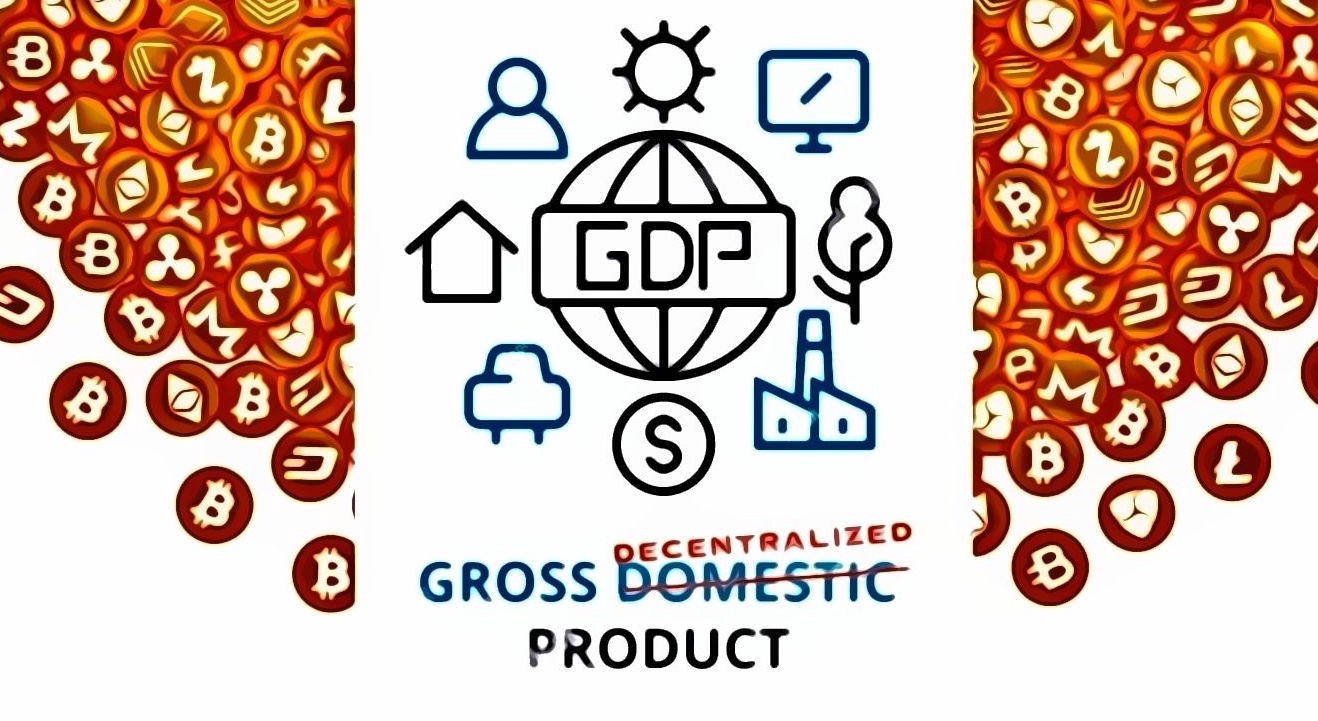 It’s All About The GDP

As cryptocurrencies flounder about the lower edges of a bear market, some have recently urged caution about the volatile asset class.

“XRP may have a large upside, but I advocate caution,” urged a Seeking Alpha writer recently after XRP, Ripple’s token, leaped 100% on the week. The commentator, Hans Hauge, justifies his cautionary advice by on the basis that cryptocurrency market capitalisations are nothing but tokens or coins and not shares. The implication is that cryptos are not supported by earnings as are public listed equity.

The postulation that cryptos have no real value as a result of their not being earnings-supported is only true if you assume that the internet economy is already about as large as it’s ever going to be at any point in history, even in the future too. Clearly, this is a ridiculous suggestion, but this is effectively what you mean if you make the argument that cryptos contain no value.

What Does GDP Stand For, Again?

The reality is that urging caution on the potential overvaluation of cryptocurrencies with large, established communities today is not just completely foolish when they are in the most nascent stages of their product and social evolution, but it’s also misguided. After all, no one urges caution when you switch out of shares and into cash — why would they?

In the same way as dollars are a mechanism by which US goods and services are priced, and so you own them if you either live in the USA or you believe in the USA’s product and service potential, so should you load up on XRP if the same applies for you with respect to that particular crypto. There is no “caution” to be exercised here as there is no management team overseeing the maintenance of value of XRP and there is no income potential in holding it either (it’ll never pay you dividends, which Mr. Hauge is also certainly right about).

When you begin to see cryptocurrency communities as emergent post-web societies with their own sets of values, relationships, ideas and cultures, which, judging by the trajectory of history is almost certainly an inevitability, then it becomes easy to see how such units are likely to have “market capitalizations” in the trillions of dollars over the coming years. Just as currencies are merely reflections of the sovereign economies that generate the GDP headline numbers, so cryptos are reflections of the community economies that generate their gross decentralized product numbers. Global GDP is about $75 trillion right now. It’s not that hard to fathom that 20% or so of this could be reflected in the combined crypto community economies. That’s another 7,400% of growth. For XRP, that is $37 / XRP. XRP will likely go much higher than that too, as it will claim a disproportionate share of the total.

Exercising caution on investing in cryptocurrencies right now, especially ones such as XRP which are in the top echelon of major league crypto value networks, is to bet against the probability that people will come together, seek to rise up with one another, prosper over the poverty of their existences together, make close friendships and bonds together, attend jointly as friends the weddings of their matrimonial children together, seek to educate those children in more expansive, world ways together …

In other words, to exercise caution over cryptocurrencies is to defy every single item of common sense and to exercise caution against the time-honoured test of history. That is not just foolish, it’s insane. For very soon, much sooner than you assume, will come a day when people say, “I can’t believe you could build a whole internet economy back then just with mailing lists and websites.” At that point, cautionary tales will show a rather different picture; that of how much opportunity is being wasted by so many right now advising caution.

Daniel Mark Harrison is the Chairman & CEO of DMH&CO. He is the author of the bestselling 2018 book series The Decentralisation Trilogy widely regarded as some of the most informed commentaries on the Blockchain and the fullest extent of its potential cross-industrial application. This story was also published in The Currency Journal.