What You Need To Know When Applying to Y Combinator 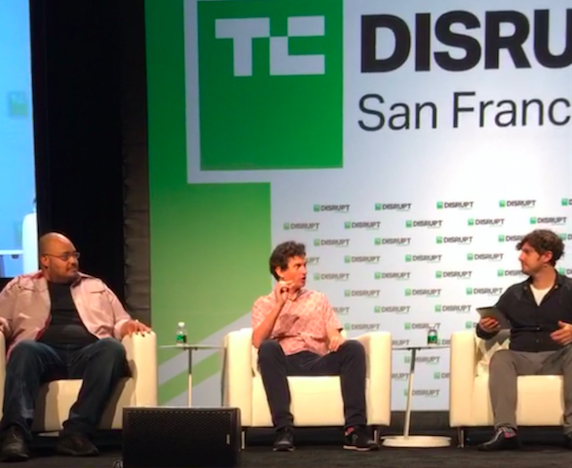 In its 13 years since launch, Y Combinator has undoubtedly become the most powerful accelerator in Silicon Valley. Having helped create over $100 billion in market value for its portfolio companies, YC is known for its midas touch in picking unicorns.

Many of tech’s hottest companies got their start at YC including Airbnb, Coinbase, Cruise, DoorDash, Dropbox, Hipmunk, Instacart, Mixpanel, Reddit, Scribd, and Twitch. YC Demo Days consistently attracts investment from top VC firms and their alumni network includes some of the most successful entrepreneurs of all time. With an acceptance rate of about 1.5%, competition is stiff for the coveted spots offered twice a year in YC’s batches, leaving startups grateful for any advice that could improve their chance of being selected.

At Disrupt SF, TechCrunch’s Josh Constine attempted to demystify the legendary accelerator in an interview with YC partners Michael Seibel, CEO, and Dalton Caldwell, Head of Admissions. An audience Q&A session followed in which they discussed key things they’re looking for when selecting startups for the program.

“The most important thing is to have the technical talent on the team to build the thing you want to build. A high percentage of aspiring founders lack the technical talent on the team. They think they can outsource it or otherwise figure it out later, and they want to raise funding for it,” said Caldwell, “Many people think first you raise the money, then hire the team, then build the product. It’s actually the opposite. Bring the team together first, then come up with the idea, then raise the money.”

Seibel agreed that the technical co-founder is not simply a tack on like the missing spice when cooking stew. “No, the tech co-founder is the stove!” he exclaimed, “You’re not going to make the stew without the stove.”

Seibel explained that it’s 10 times harder without a technical co-founder and that even in remote regions there’s no excuse for not finding one.

Caldwell remarked, “The skill set that makes you good at selling your product is the same skill set that makes you able to convince people to work for you, to be your co-founder. There’s one skill set to talk about the thing you’re working on and convince people that it’s a good idea, and worth hearing more about. You need that skill set. It’s very hard to have a startup and just be horrible at it. It will manifest itself — can’t find a technical co-founder, can’t get customers, can’t get press — it’s the same skill.”

Talk to your customers

Regarding non-profits, he added that while they’re welcome to apply to YC, “They should look like as much like a for profit as possible, meaning they should have customers and a product, and they should be charging customers, not relying on donors.” Asked which he preferred, non-profit or for profit, Seibel replied, “I’d rather they be a do good for profit where customer and payer are the same, and you have to serve the payer directly.”

In an interview with Y Combinator co-founder Jessica Livingston last summer, reflecting on the YC curation process, she told me, “So many things are broken, so many things need to be disrupted, many of the best ideas we’ve funded were ones that surprised us, not ones we were waiting for.”

That said founders looking for an in should check the YC Request for Startups (RFS) list which details special areas of investment like biohacking longevity, downloading memories, and merging humans and computers. Also high on the list are companies focused on jobs creation for AI displacement, the retailpocalypse, helping creators and the working poor earn sustainable livings, and platforms that have the potential to create a million jobs.

Seibel discussed areas still ripe for disruption in the gig economy including finding ways to provide benefits to workers. He said, “The fact that you can download an app and get a job is great. It would be nice if the government did more, but companies can’t wait for the government. They need to invest in their workers and benefits.”

Seibel was asked if diversity is a factor in selecting startups as their stats show that the majority of YC founders are men under 30 from non under represented groups. “To get to 50% women founders in the next batch, why not just pick 100 women?”

Seibel responded, “The goal of YC is to make sure it is reflecting the general population. The primary thing were doing is accepting companies from everywhere and trying to significantly widen the set of companies who apply and then making sure those companies can raise money. One of the unfortunate things is if you can’t select companies that can go up on demo day and raise money then there’s a negative message that gets sent instead of a positive message. We have tons of work to do on this front. If you look at our numbers we have funded over 250 women and over 200 black and hispanic founders over the last three years. We need to do way more because we’re funding 350 founders every batch.”

As for the focus on founders under 30, Seibel explained, “Your 20s (are) your best chance of starting a company early, you wake up one day and you’re out of the game. Big companies know how disruptors get started. They take talented people, lock them down with stock options, and put them in the corner somewhere.” He continued, “What’s tricky about being a young founder enticed by big company jobs is that it’s at the time of your life when you have the fewest obligations. You can get a big company job at any point in your 20s but only at the beginning and middle of your 20s do you not have the mortgage and the family.” Seibel added, “It’s a massively underused period of time.”

“From a math perspective, there are few other investors that can give you this bang for your buck.” Seibel said as he explained how YC doubles valuations and the chance of success. He added that YC’s vast network of over 4,000 founders is often underrated, that having a group of friends working on the same thing at the same time reduces the urge to quit. “There is a binary outcome, if you stick with anything long enough, you’ll achieve success.”

He also said a third of the batch was international and explained how getting into YC made it easier for international founders to get a visa.

The application for YCW19 (Jan-Mar 2019) deadline was October 2 and the YCS19 application has not opened yet but it’s worth taking a look at the YC website now for founders preparing to apply. Accepted companies receive $120,000 in exchange for 7% equity, details about the terms of the deal can be found here.

The YC program doesn’t end after 3 month. There is continuing alumni support with its YC Series A Program and YC Growth Program for companies with 50–100 employees that need help scaling.

YC also offers a free Startup School with a 10 week curriculum that’s open to all. Currently, there are 30,000 people participating worldwide.