What Type of Anti-Piracy Campaign Is More Likely to Work on Infringers?

There have been dozens of anti-piracy campaigns over the years but which ones are more likely to work on illicit consumers? According to some of the findings in a government report published in the UK this week, different approaches may be needed to convince both casual and savvy pirates to stop or reduce their activities. 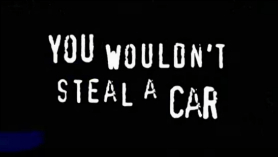 Over the past couple of decades, campaigns aimed at discouraging people from accessing infringing content online have come in all shapes and sizes.
Whether they are effective is still up for debate.

It could be argued that since copyright infringement is now easier than ever, with even novices able to access almost any content they like without paying, none of these campaigns have really worked. On the other hand, however, who knows where infringement would be today without a certain level of overt discouragement.

This week the UK’s Intellectual Property Office published its latest Online Copyright Infringement Tracker report, aspects of which we covered in an earlier article. Interestingly and in addition to a truckload of statistics, the report also covers consumer opinions on what type of anti-piracy campaigns might be effective with the general public.

Framed as “behavior change” mechanisms, the report looked at two broad types of anti-piracy campaigns – those that make it clear that downloading or streaming infringing content is illegal and others that set out to highlight the consequences or repercussions of the illegal behavior.

“Responses to campaigns depended somewhat on the level of experience and frequency of infringing, as well as moral standpoint. Two broad segments emerged,”

It makes perfect sense that different types of campaigns would work on these two groups. Those who are less well-informed and worry more about the chances of getting caught are probably easier to convince. The more tech-savvy bunch often have a tendency to see past scare-tactics,
for example, and may even have the means to mitigate most threats.

According to the research, campaign imagery was effective in several areas, such as when the campaign was made more personal by centering it
around an everyday scenario, such as watching a football match.

Relevancy is also listed as a matter of importance. For example, it was considered more effective to elicit an emotional response from the viewer (becoming a victim of identity theft) than to err more towards facts, such as being infected by malware.

Furthermore, campaigns must be clear.

“Campaigns with straightforward and uncomplicated messages are preferred. Any form of confusing rhetoric or double meaning runs the risk of taking attention from the core message (e.g. ‘You wouldn’t buy a digital virus…’),”

Perhaps most importantly, the tone of campaigns must be carefully considered. The report states that while most believe that detailing the consequences of accessing content illegally needs to be spelled out, “a few take issue with the use of ‘scare tactics’ and feel the ads are too accusatory.”

Perhaps the most obvious example of scare tactics and overly-dramatic tone to date is the ‘You Wouldn’t Steal/Piracy is a Crime” campaign. It has been the subject of various parodies, such as the most well-known one featured in the IT Crowd.

Interestingly, another even more outrageous example surfaced just recently on Reddit and while intentionally offensive in parts, it really drives home the message that going over the top is more likely to elicit mockery rather than change.

So how best to deal with the different types of infringers?

For ‘Cautious Infringers’ it’s suggested that simple messages are best, particularly ones that identify which behavior is illegal and then sign-posting further information and detail. “This is especially important for those who are sent content by others and/or use services where there is some ambiguity around legality (e.g. Kodi boxes),” the report notes.

When it comes to ‘Savvy Infringers’, it’s suggested that giving real-life examples of people who were caught and fined (or were victims of hacking) may help to address the perception that “it will never happen to me.” It’s also noted that simply stating that the behavior is illegal or that people could become a victim of fraud may not be enough.

Instead, there may be some mileage in talking about “potential impact on credit score, losing money, or accessing personal photos etc.”

Originally published as “What Type of Anti-Piracy Campaign Is More Likely to Work on Infringers?” with the Attribution-NonCommercial 3.0 Unported (CC BY-NC 3.0) license 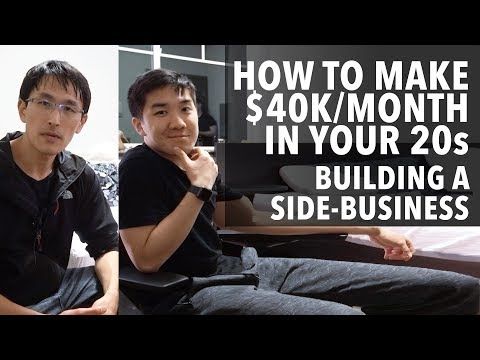