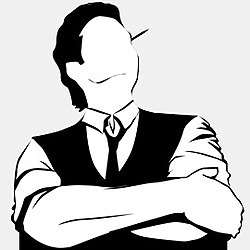 The recent disclosure by Wall Street investor Paul Tudor Jones that his
Hedge Fund will start trading bitcoin futures to gain an exposure to
bitcoin of approx 2% of their total investment portfolio made the
financial headlines the past week. What was little discussed though
where the reasons that caused Tudor Jones to take such an important and
still contrarian investment step for a highly respected institutional
investor on Wall Street.

To put things in the right perspective Paul Tudor Jones is not a
Millennial. He is a Baby Boomer, a veteran Wall Streeter. Someone who
got big in the ´80s at the time when Michael Milken and Ivan Boesky
roared Wall Street and inspired the Hollywood fictional characters of
Gordon Gekko and Buddy Fox in the Wall Street movie. Under that light his opening to bitcoin is even more remarkable, simply because digitization and cryptocurrencies — for one of his age (don´t mean to be disrespectful, I am myself close that age group as well) — are not exactly in the DNA. Rather, it requires both an open mind and much critical thinking to consider an asset which has revolutionary characteristics and complexities like bitcoin. Maybe, his MD Lorenzo Giorgianni, has contributed to that. If so — considering that Giorgianni was for over a decade at the IMF — this makes their investment disclosure even more valuable and worth of careful consideration for all other institutional money managers. In my opinion, this decision is so far the most important catalyst to attract
institutional money to the crypto sector. Far more important than that
of younger Wall Streeters such as Michael Novogratz or Andreessen
Horowitz in the past.

Tudor Jones has summarized his investment decision in a short paper which I advise you to read to make proper sense of his reasoning.
I will skip the economical backdrop which causes Tudor Jones to
consider bitcoin as an investable asset to fight monetary inflation (I
have written 2 months ago about the effects of the incoming monetary tsunami on bitcoin and gold) as well as the decision to trade bitcoin futures rather than physical.

I will simply look at the reasons why bitcoin has become “investable” for someone like Tudor Jones.

His analyst team — in what they have called “the inflation race” — has
compared the historical performance of ten assets which have
traditionally performed well in such a macroeconomic environment
including gold, equities, yield curve plays (long 2 year notes vs. short
30 year bonds) etc.

Surprisingly bitcoin came out 4th. This sparked their interest even more and they decided to dig deeper. So they proceeded to analysing how
bitcoin scores as a store of value in respect of 4 key features: (i)
purchasing power, (ii) trustworthiness, (iii) liquidity and (iv)
portability. Even here bitcoin scores very well — especially as
far as liquidity and portability are concerned. Little less so for the
two additional features due to its volatility and its short track
record, only 10 years compared to over two millennia for gold.

Then Tudor Jones goes on to highlight the additional features which make bitcoin his number one bet, what he calls the “fastest horse on which to bet to win the race”:

(i) its scarcity by design is a feature which makes it really unique; and

(ii) its very low market cap in respect to financial assets and gold.

And this is an important valuation coming from an institutional investor.
So far other prominent investors like Buffet, Jamie Dimon or economists
like Roubini, have repeatedly referred to bitcoin as a “bubble”,
without ever going into clarifying why it is a “bubble”, what are the
criteria to evaluate that and more importantly in respect to what is
bitcoin to be considered a “bubble”. The point is that since bitcoin is
not an investment and cannot be compared with and valued as any other
yielding assets — but it is primarily money and a store of value — how
do you evaluate then its fair market price?

Bitcoin´s value as “money” and as a store of value is derived by a comparison with those instruments which can be either debased more or less discretionally (like fiat currencies) or which prices can be pumped up via monetary inflation (like all other financial assets, real estate, classic cars, arts, etc). The only way to forecast a future price for bitcoin is to assume that a share of the moneys currently invested in traditional financial assets and in gold will slowly migrate to bitcoin.

Talking about “bubble” territory for bitcoin at US$ 10.000, 20.000 or 100.000 does not make any sense. Bitcoin´s future value will be equal to the amount of moneys that in the future will leave global financial assets,
cash, precious metals, arts etc, to migrate to this new asset class. We
are talking about well over US$ 300 trillion of global assets. To
assume that only 1% of that will be, sooner or later, attracted to
bitcoin is not unthinkable. With a market cap of just US$ 3 trillion and
a money supply of 19 million coins (considering that at least 2 million
have already been lost) one bitcoin could well be worth over US$
150.000. A long way up from what Buffet and Roubini defined long ago already “bubble” territory.

Though, there´s a lot more than that to the “value” of bitcoin and the whole crypto sector.

Kyle Samani´s The Crypto Mega Theses, which I have discussed in the article “Oops! Ray Dalio missed the biggest of all paradigm shifts: Crypto”,
makes the crypto investment case compulsory for every institutional
investor. And bitcoin — as a digital gold/store of value — is only one
of such investment cases.

Decentralized finance, Web3 networks and the Covid-19 generated catalyst for a global digitization, are the others.

But the seminal work for any institutional investor is — in my opinion — John Pfeffer´s 2017 paper “An (Institutional) Investor´s take on cryptoassets”.

I will finish off quoting Pfeffer: “…the potential for a cryptoasset to emerge as a dominant, non-sovereign monetary store of value, which could be worth many trillions of dollars. While also risky, this potential value and the probability that it might develop for the current leading candidate for this use case (Bitcoin) would appear to be sufficiently high to make it rational for many investors to allocate a small portion of their assets to Bitcoin with a long-term investment horizon”.

Here you go, a rational bet and asymmetric returns make it possible to allocate just 1–2% of your wealth to crypto and one day this might well become the largest portion of your wealth.

Legal Disclaimer:
The website and the information contained herein is for general
guidance only and it does not constitute legal advice. As such, it
should not be used as a substitute for consultation with lawyers on
specific issues. All information in this paper is provided “as is”, with
no guarantee of completeness, accuracy, timeliness or warranty of any
kind, express or implied.