What the Fork? Bitcoin Forks and how to claim them 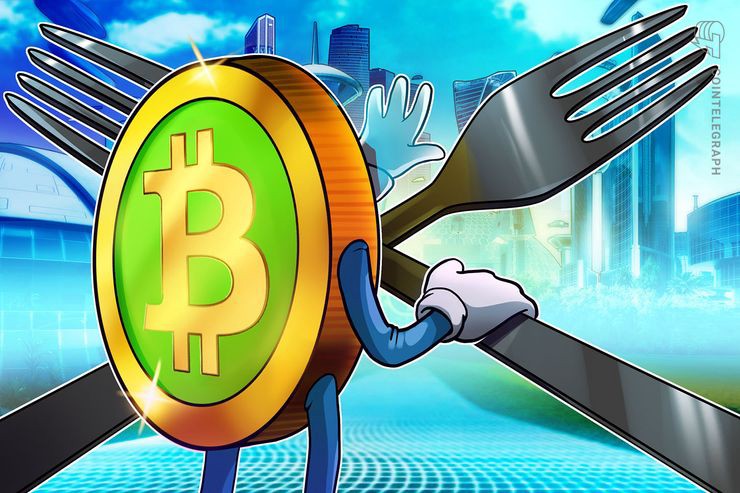 A fork is basically an alteration of the current Bitcoin protocol changing the rules. As an example, if you were playing an online game and wanted to change the rules, all other players will need to agree on the rule change. If successful, the changes are implemented and the game continues as normal. However, if the consensus was not large enough then two versions of the game are created (version #1 = old rules, version #2 = new rules). This is now a fork in the game. The same analogy applies to Bitcoin’s code.

There are also soft forks, that allow the new rules to be compatible with the old rules.

Reasons to care about a fork:

The dangers of Bitcoin forks:

Hence, claiming coins from a fork has a considerable amount of risk.

How to safely claim coins from a fork

The claiming process is quite complicated, and there is a risk of losing the coins.

For example, a forked coin must implement replay protection. It means the network can separate the new coin from the original. If the coins are left on an exchange that supports the fork then the exchange will often extract the new coins for the user.

However, the one rule to always follow before claiming any coin is to move the Bitcoin to a new wallet with a new seed phrase to reduce the chances of losing existing Bitcoin.

Warning: claiming and selling fork-coins involves considerable risks and requires some advanced knowledge. By attempting these procedures, you accept all of these risks:

The rule when Claiming Bitcoin Forks: Claiming all these forks require using the private keys of the Bitcoin wallet, which contain the BTC at the time when the coin is forked. So transfer all bitcoins to a new hardware wallet to maintain security standards while claiming!

To claim most fork-coins, it’s necessary to export the private keys from the old wallet. In most cases, a file will be generated that contains all addresses and their respective private keys. Certain wallets, especially hardware wallets, won’t allow you to export the private keys. In such cases, it’s necessary to enter your hardware wallet’s seed phrase into a tool (such as Ian Coleman’s BIP39 Tool ). Another option is to import the seed into a compatible HD wallet, such as Electrum. The tool or wallet will regenerate the private keys and their addresses, which allows this info to be imported to the fork-coin in the correct format.

Check the Balance of your Addresses and Make a List:

To save time, only import private keys that contain a value. Use findmycoins.ninja and btcdiv.com sites to check the claimable fork-coin balance of your old Bitcoin addresses. Record all valid addresses and private key combinations.

Two Reliable “Do It Yourself” Claiming Methods:

1. BitPie & Bither: BitPie & Bither are two Bitcoin wallets that allow for claiming several fork coins. There’s seems to be a partnership between the two, while it seems Bither rejects non-BitPie addresses when claiming. Bither is featured on the Bitcoin.org site, indicating some reliability.

2. Ymgve’s Fork Claimer: Ymgve has an excellent script, supports SegWit addresses, has lower mining fees than BitPie/Bither, and accepts any address for sending. The coins may be sent directly to the exchange’s deposit account. However, the script requires the use of the command line and hence, more complicated.

As an alternative to the DIY approach, there are services that charge a percentage (usually around 5%) of the fork-coin profits to handle the process. The following list all seem to have received a lot of positive feedback. Besides CoinPanic, they’ll require your private keys.

Follow me to stay updated and learn new developments in financial markets and all things Blockchain.

Related Stories
Subject Matter
Join Free TON Community and Participate Contests! by @Free TON
#promoted
A PSA to Bitcoin Newbs by @brettschor
#bitcoin
A Beginner’s Guide to Mining Cryptocurrencies on the Mac by @gotham.dev
#bitcoin
How to Get Started on Creating Your Own Cryptocurrency by @oleksii.she
#cryptocurrency
The Cardano Blockchain Review by @adamnamdinh
#cardano
The NFT Economy: Non-Fungible Tokens Paired with DeFi by @guyyanpolskiy
#nft