What is Smart Blockchain? 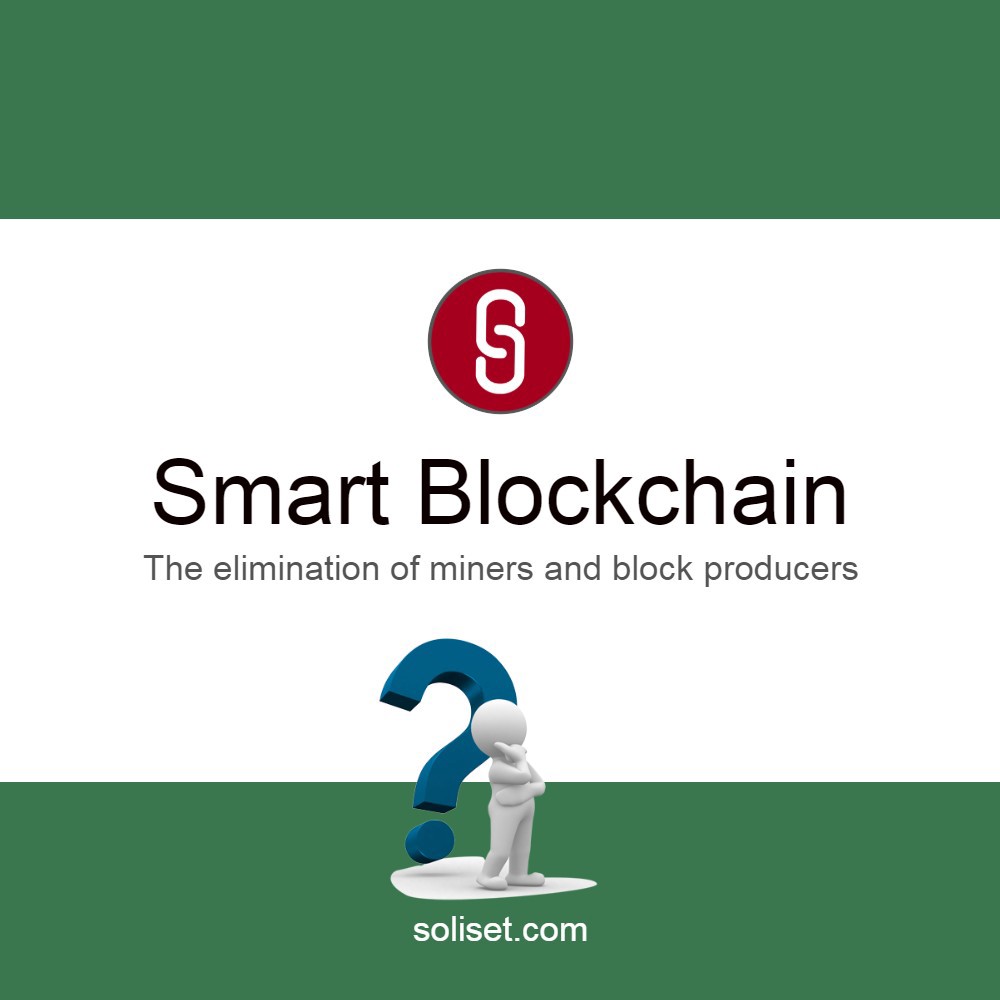 Smart Blockchain is the new generation of Blockchain networks that will allow one or more smart contracts to collect accurate and flawless data from the successful transactions of a decentralized network at the moment of transaction occurrence, and simultaneously storing and registering these data in new blocks. Smart Blockchain needs neither the financial institution nor intermediary, in addition, there will be no task to do for miners and block producers in this technology. In other words, within Smart Blockchain, always one or more smart contracts like a financial institution, free of charge and automatically record and store transactions ‘data in new blocks.

The authors of the article are Ms. Somayyeh Gholami and Mr. Mehran Kazeminia and it is written in Persian and English versions in April 2019.

How does Smart Blockchain work?

In Smart Blockchain, one or more Block Producer Smart Contract (BPSC) is present in the decentralized network, and no successful transaction is performed without BPSC involvement. For a successful transaction in the network, first, the sender must send the cryptocurrency to the wallet of BPSC and then BPSC sends cryptocurrency automatically to the receiver. This simple action has led the BPSC to have all network transactions’ data accurately and flawlessly and then as an accurate and trust financial institution, record transactions’ data into a new block and add this new block to the end of the blockchain and so there will be no tasks to assign to miners and block producers.

Also, Smart Blockchain provides the possibility to classify transactions based on subject. For example, it allows trading of several types of cryptocurrency in a network consists of independent blockchains. This will be done by increasing the number of BPSCs in the network. The limitation and also important point is that transactions can be assigned to separate BPSCs that their subjects are not related to each other. For example, if we want a smart contract to give an award for every 100 LIKEs, so the Likes’ transactions and cryptocurrencies’ transactions of such project should be stored and registered by the single BPSC and into single Blockchain. For more information, you can read the following article:

The elimination of miners and block producers by using smart contracts

What are the benefits of Smart Blockchain?

At the moment of transactions occurrence, the correct and flawless data of transactions are stored and registered. In this case, there is no need to generate some alternatives from a block like what they do in Bitcoin network, Ethereum network, etc., and then the miners choose the correct and valid block by spending so much money, consuming huge power electricity and using a variety of proof mechanisms.

Fortunately, Smart Blockchain transactions and regular Visa Card transactions won’t differ on power consumption. The data stored by the BPSC is flawless because it is registered at the moment of the transaction occurrence automatically and without human interference. Smart Blockchain simply can end the nightmare of spending extra tens TWh electricity.

By using Smart Blockchain, we should no longer be concerned about the fees of miners and block producers. BPSCs will automatically and freely carry out all the tasks of the miners. Also, Smart Blockchain scalability is not comparable to available one and can compete with the speed of Visa’s transactions. For additional information, you can read the following article:

What is the use of Smart Blockchain?

Second use: For each Ethereum networks, EOS, and etc. that allow registering and deploying the smart contracts, the whole existing Blockchains can be replaced with Smart Blockchain. To do this, after launching a dedicated BPSC into the network, the precise and final status of all existing wallet is to be made available to the BPSC, Also thereafter all the subsequent network transactions will be done via BPSC.

Third use: If we want to use Smart Blockchain for networks such as Bitcoin which is not possible to set up any smart contract, we should first launch a new decentralized network that allows registration and deployment of smart contracts like the Ethereum network. Then, in this new network, we design and activate a block producer smart contract BPSC. After assuring of the functionality of BPSC on the new network, we must ask all Bitcoin owners to get the equivalent of their bitcoin, from the new Blockchain’s cryptocurrency, and at the same time, their initial bitcoin should be burned. These are done by the BPSC of a network, and the BPSC can record the initial balance of any wallet in the network and begin its work immediately.

Fourth use: Smart Blockchain can be used to launch entirely new blockchain and certainly everything can be designed from scratch. Meanwhile, regarding the Smart Blockchain’s features, we might soon see one or more non-decentralized global networks that include all types of cryptocurrencies and smart contracts with independent blockchain. For more information, you can read the following article:

Smart Blockchain; The rescue of Bitcoin and saving electricity more than 50TWh per year

A simple example of Smart Blockchain

We design Smart Blockchain on an active network; it means Ethereum Network and describe how the BPSC works:

In the first stage, by registering and deploying a smart contract, we create one million AKA Token of the ERC20 type at once and all tokens will be in the wallet of the contract (AKA wallet). In this example, we want to set up a new blockchain to record transactions of these one million AKA Tokens. The new smart blockchain is completely independent and does not require main Ethereum’s blockchain data. It means that if the Ethereum blockchain was stopped for any reason, for example, the miners and block producers stopped working; the new Smart Blockchain will continue to work.

The registration and deploying of the BPSC (Block Producer Smart Contract) is the next step. This contract has several main functionalities:

Assume that all AKA tokens are purchased by four persons in equal numbers. So you need to send two hundred fifty thousand AKA Token to each buyer. Of course, for doing this, first, the AKA tokens should be sent to the wallet of BPSC and BPSC will immediately send them to the wallet of the buyers.

Here’s the end of the article and we’re waiting for your comments. You can also use the link below for more information and access to the latest developments in Smart Blockchain Technology: