Does the SEC’s Prosecution of Centra Shine Light on ICO Regs? 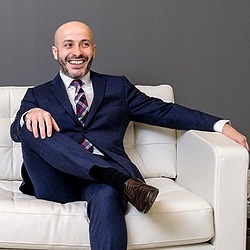 This week the Securities Exchange Commission (SEC) charged the co-founders of the CTR token (Centra Tech. Inc.) with violating anti-fraud and registration provisions of federal securities laws. Such moves by the SEC seemingly suggest the beginning of the end of the crypto bacchanal.

And there are legitimate worries about the SEC’s intentions for the cryptocurrency space. Last summer, the SEC issued an investigative report about The DOA (a decentralized autonomous organization) insinuating that certain, but we’re still not sure which, issuers of distributed ledger or blockchain technology-based tokens must register the tokens as securities unless a valid exemption applies.

“Those participating in unregistered offerings also may be liable for violations of securities laws,” wrote the SEC, immediately creating an industry for securities lawyers to write guestimate-like opinion letters, known as Howey Memos, opining on whether or not the token in every new US-focused sale constitutes a security under a 70-year-old case (SEC v. Howey). Problem is, the SEC has since failed to update the rules or even opine on the applicability of Howey to today’s technology. That is, the SEC crashed the party and made some noise about protecting investors against fraud, then found itself a comfortable view in the sidelines.

Then, this past December, the SEC contacted Munchee Inc., an in-process coin offering (or “ICO” as we’ve lately avoided calling them) with a cease-and-desist order. Perhaps not bothering to hire any legal counsel to review its marketing materials, Munchee claimed that it would create and support a market for its tokens that would lead to an increase in their value.

And so, for pretty obvious reasons to anyone who has glanced through Howey, the SEC decided that MUN token buyers would have a reasonable belief that their purchase could generate ROI. Howey, as cited in The DOA report, defined a token as a potential security based on “long-standing facts and circumstances test that includes assessing whether investors’ profits are to be derived from managerial and entrepreneurial efforts of others.” In the end, Munchee consented to the cease-and-desist, halting its ICO and refunding investor proceeds.

Did The DOA report or the Munchee settlement provide future token sellers with any clarity on the SEC’s view of security versus utility? Not so much. The DAO and Munchee very clearly operated at the far extreme of security — the former because its token promised holders a vote and derivatives-like payouts, the latter because its marketing materials were written by an imbecile.

So in this week’s CTR case, is the SEC signaling that it’s ready to hit the dance floor? Maybe not so much. It’s more recent move appears intended to legitimately protect investors. The CTR token looks to have been a $32 million scheme (allegedly) to defraud investors who thought they were helping to build a crypto-to-dollar debit card. The founders, Sohrab Sharma and Robert Farkas allegedly lied about having relationships with Visa and MasterCard and created fictional executives to market the coin. Farkas was arrested before he was able to board a flight out of the country.

A relief though this must be, it’s also somewhat frustrating for those of us hoping for clearer signals of the SEC’s intentions. This latest case still does not provide guidance on how to tell the difference between utility versus security in a clearer case (e.g., one where the coin is clearly not a fraudulent “shitcoin” but, perhaps, perches a bit precariously on the utility/security fence).

Therefore, staying out of the US or structuring sales into the US under Reg D exemption still seems to be the best option regardless of whether or not you have a strong argument for utility (e.g., not security). (Reg D means all US investors must be accredited investors; tokens must be locked up for trade for 1 year and only tradeable under specific US exemption; non-US sales must be structured under Reg S in order not to cause a Reg D violation.)

Of the three major ICO shut-downs thus far, the SEC has yet to clarify its stance on legitimate versus illegitimate token sales. So in the meantime, the party sort of continues, shifting away from the US as we all eye the scary, quiet dude in the corner.