Buying Upwork Reviews: Is Your Freelancer Really a 5-Star Freelancer? 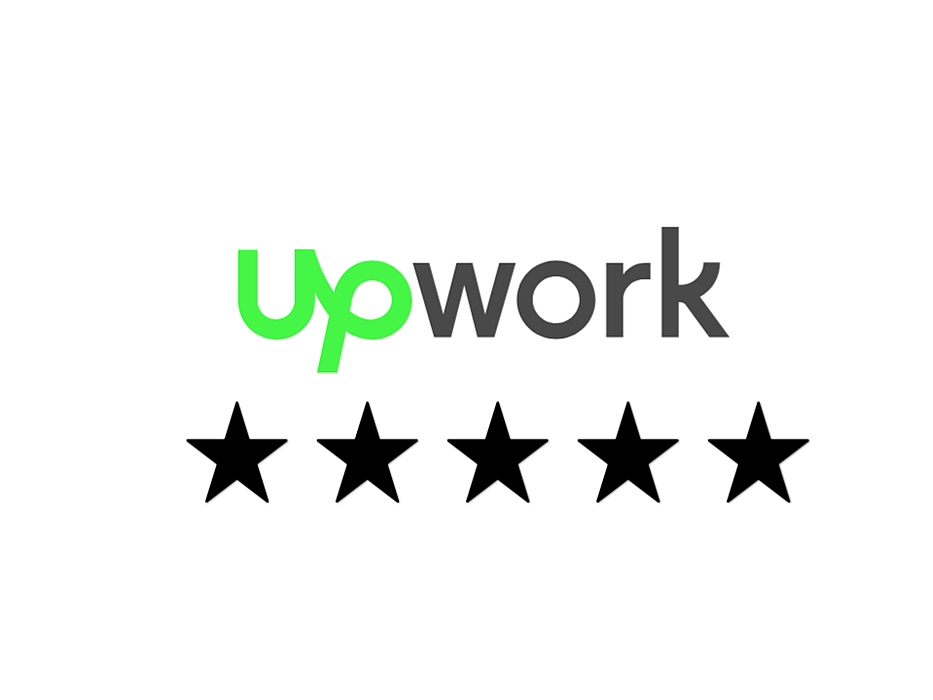 Now, are all the reviews out there worthy of your trust? How many times have you hired a freelancer or decided to work for a client or chosen a freelance platform, based on reviews?

I don't know about you, but I don't even bother reading five-star reviews. Why? Well, because they're all the same, more or less. Instead, I dive straight into the negative reviews. For a change, one-star reviews in particular, are emotional, lengthy, and above all, rich in useful details.

Have you ever doubted reviews, even for a moment? I didn't. Until now.

I had to borrow this brilliant term from Twitter. 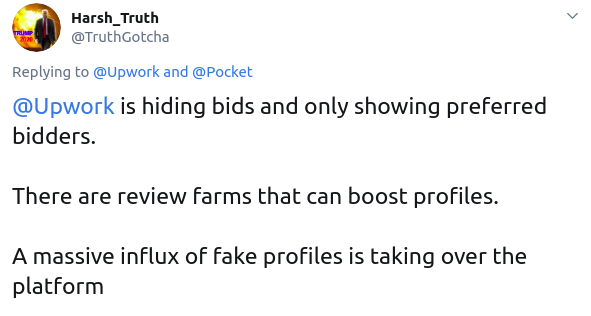 I said to myself, kudos to a guy who came up with this line first. Can it be true? It took only a few clicks and then I stumbled upon this link, where you can buy Upwork reviews.

C'mon guys, you can't be serious about it. No freelancer in his right mind would've invested money in buying Upwork reviews. Right? 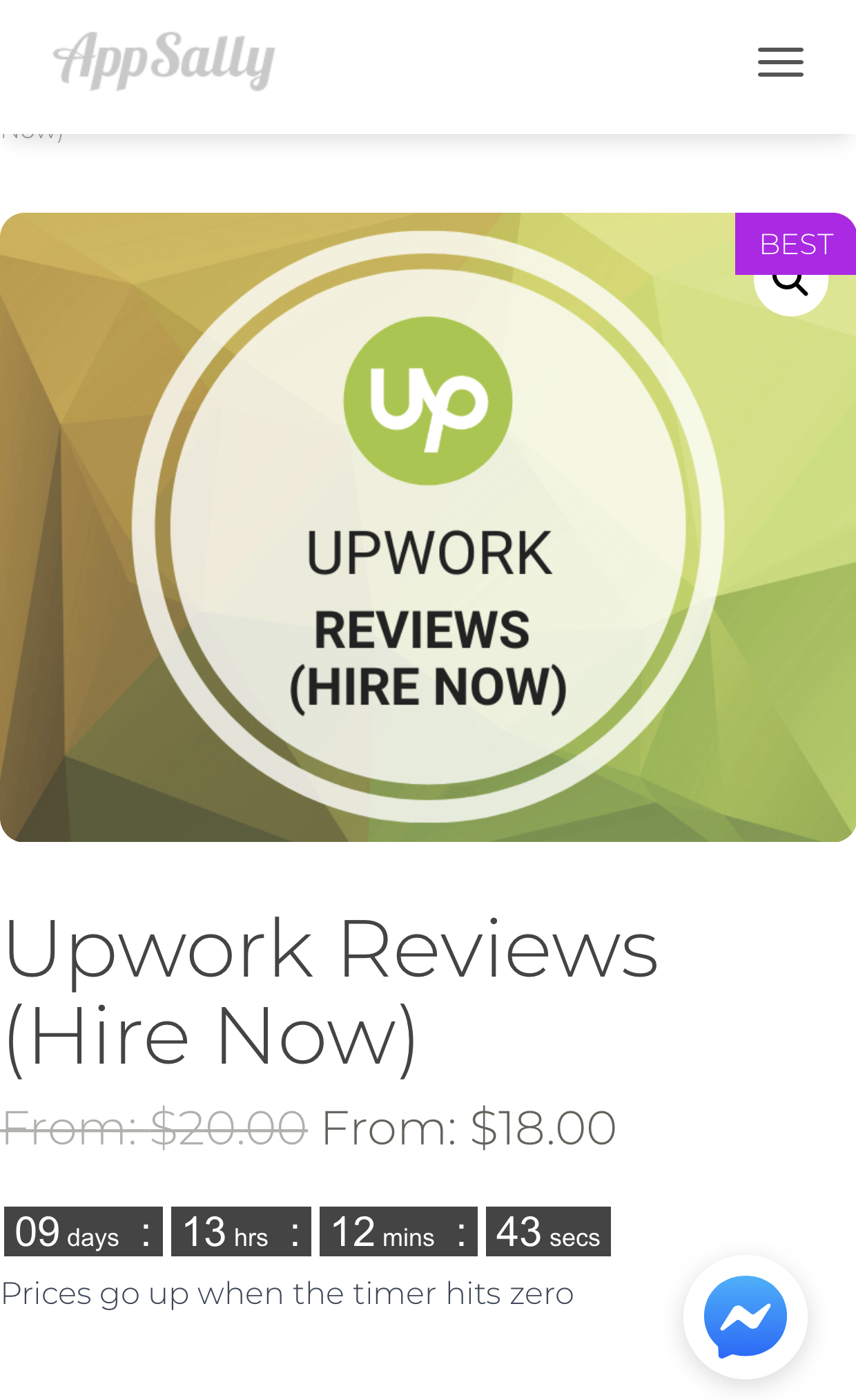 I thought that this was a ridiculous thing to consider even for a minute. Then, the "Description" and "Additional Information" caught my attention. As a writer, I can tell you, this is one hell of a good copy. Nicely written and structured. Straight to the point. These guys have worked out all possible scenarios. They have covered all reasonable questions. 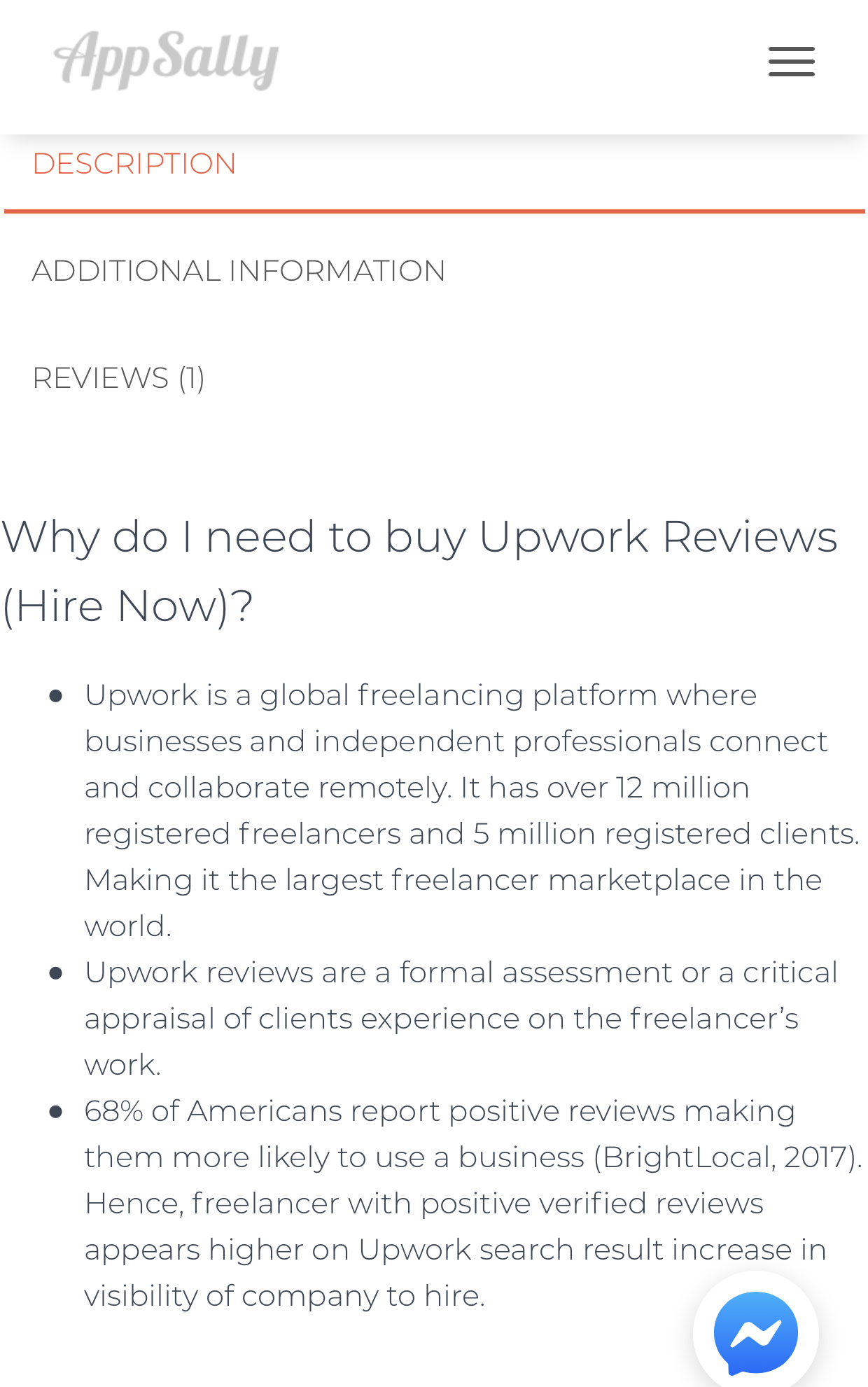 You really have to give them credit for all the effort. 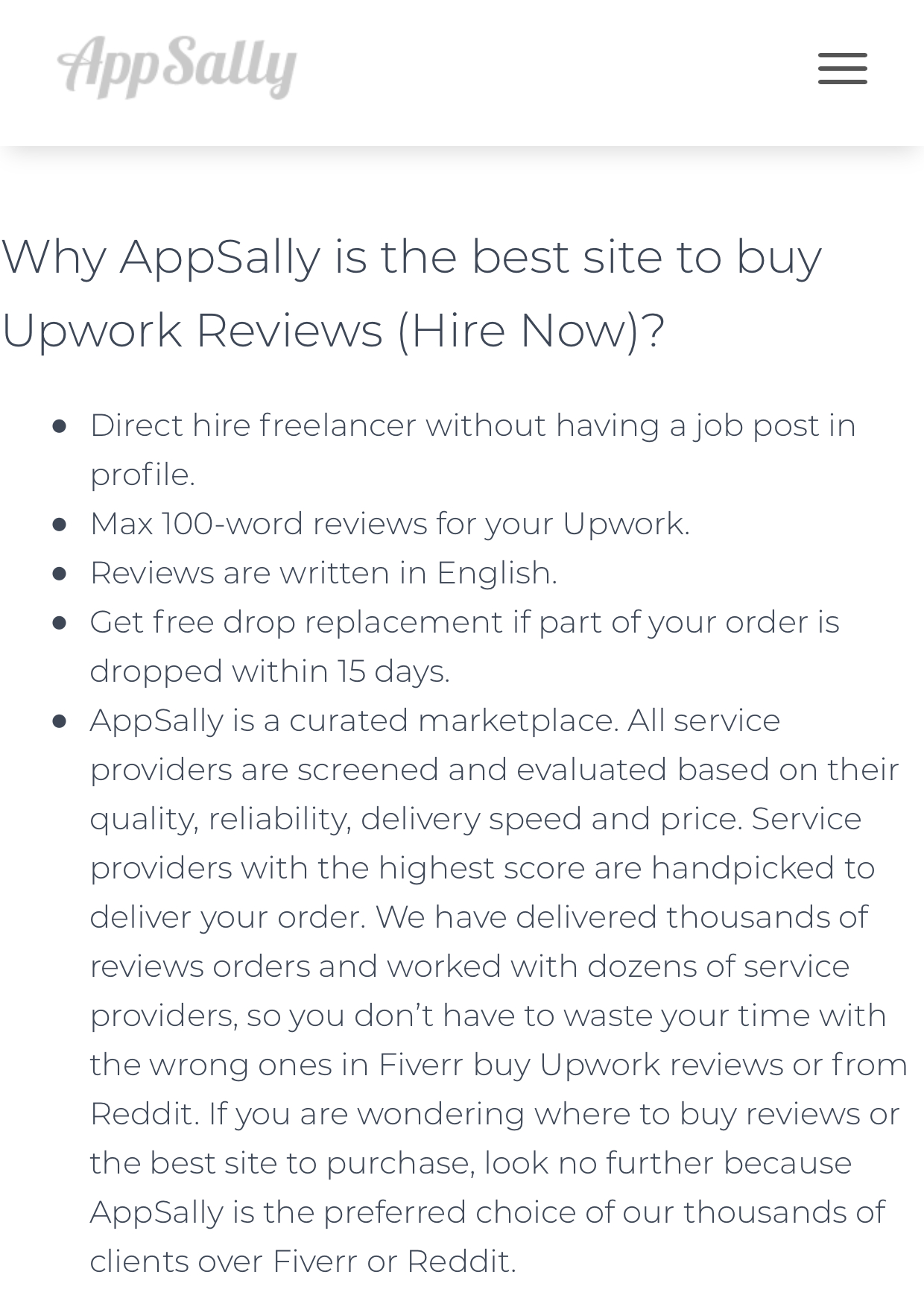 They didn't try to avoid the most unpleasant and logical questions about their "business." 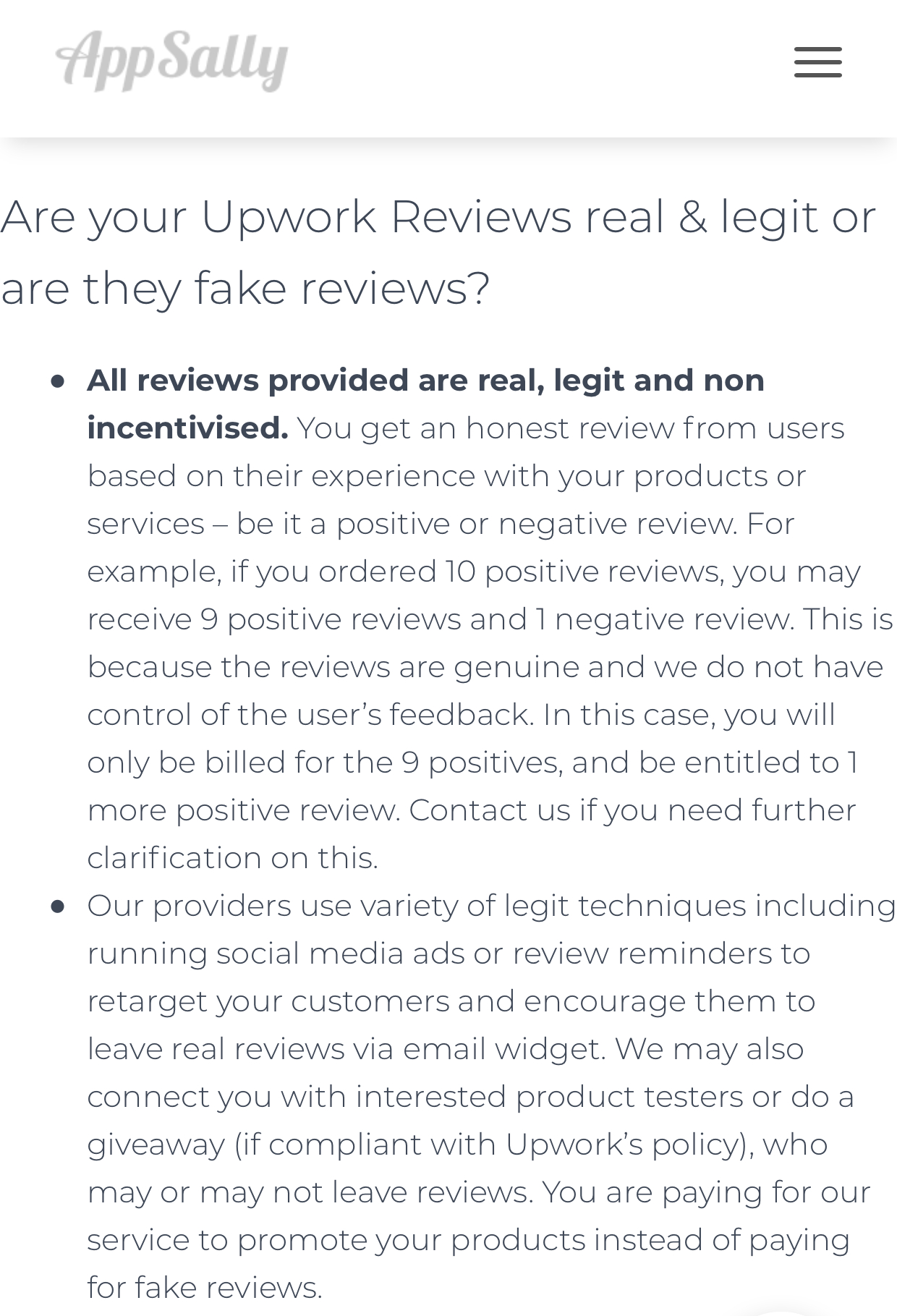 As I said, all angles are covered and all doubts confronted with the reasonable explanations. 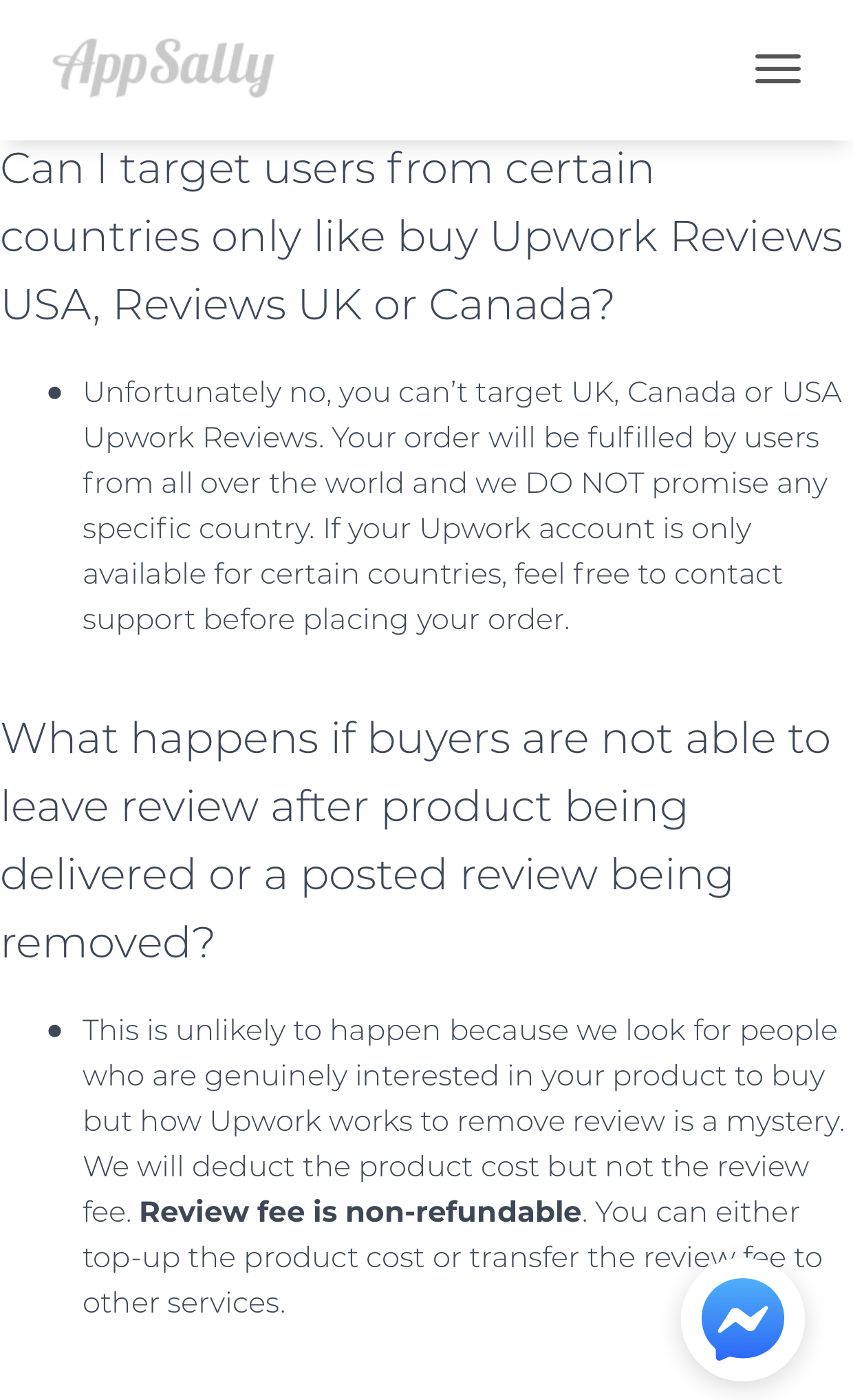 Obviously, there's honor among thieves and fair-play among the sellers of Upwork reviews. 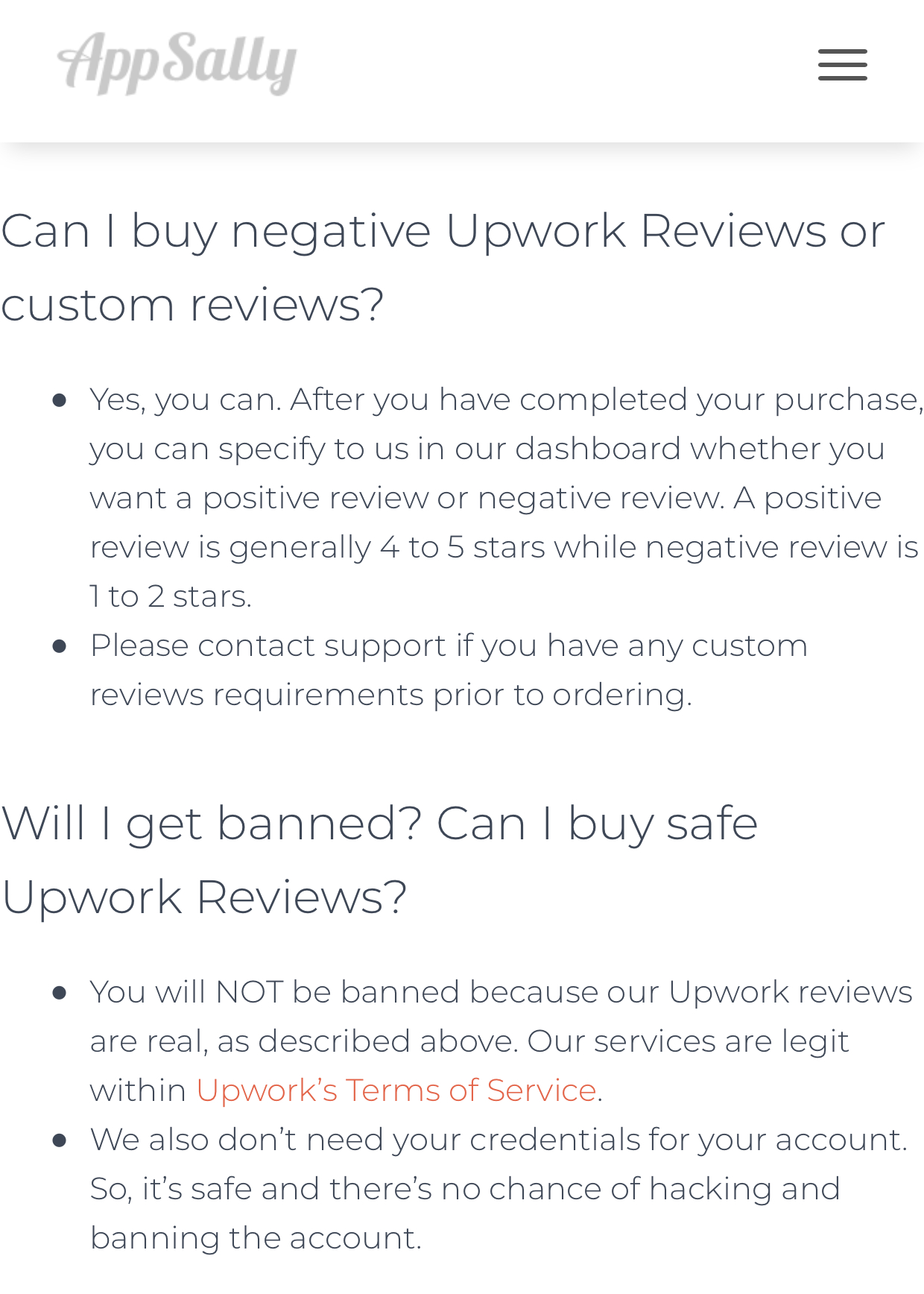 You can even buy negative Upwork reviews. Now, why in the world a freelancer would want to buy negative reviews? Well, when you think about it for a moment, it makes the perfect sense. A negative review here and there certainly makes your Upwork account look more "authentic." You can't have all five-star reviews. It's just too good to be true.

OK. So, this is a clearly indecent proposal all freelancers with integrity should avoid. Upwork is a serious organization. They wouldn't allow their reviews to be compromised under any circumstances. Or, would they?

Hide and Seek Your Upwork Reviews, You Freelance Geek!

Again, Twitter turned out to be a great source for investigative Upwork journalism. An Invisible Girl on Twitter made one problem with Upwork reviews very visible. 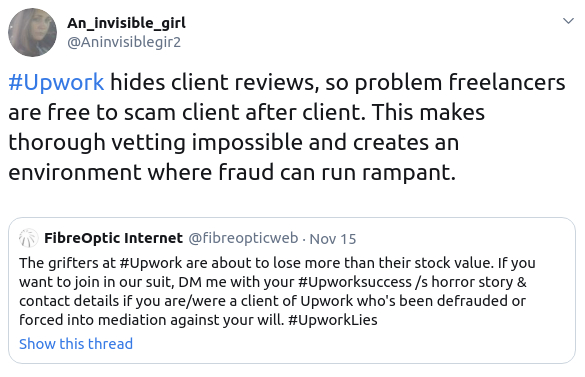 What is she talking about? You can't hide your freelance reviews. That's impossible. Something like this conflicts the basic principles of the entire freelance industry. This just can't be true. So, I decided to prove her all wrong.

What do you know, this "option" has been hiding in plain sight on the official Upwork's website.

So, if you are a Top Rated freelancer on Upwork, you can get away with a "murder" of your negative reviews. Seriously?

Oh boy, it gets even worse. Feedback Removal is something that's openly discussed in Upwork Community.

Pay attention guys! This Upwork user is a veteran. He has been working on Upwork since 2011. Meaning, he probably started at the same time as I did, back on oDesk or Elance, or even both.

He was just expressing his reasonable concern and asking for clarification.

But hey, oh no, as if they were given a single command, the Upwork Community Gurus descended upon this truth-seeker.

These "Gurus" defended the "constitutional right" of Upwork freelancers to remove reviews they don't like.

My personal favorite is a Guru, who is making a point that this Feedback Removal option on Upwork is limited. Hey, certain "criteria" had to be fulfilled, so you can remove negative reviews from your profile.

Our truth-seeking hero was helpless against the barrage fire of Upwork Community "Kerberos." It's understandable that he eventually had to give up(work).

Seek-and-you-shall-find the answers to your questions on Upwork doesn't apply to reviews. Again, my personal favorite - the razor-blade-Upwork-community-guru - Petra. When I was still a happy Upworker, her answers and comments always stood out. She made sure her reputation of merciless defenders of Upwork universe is well justified. 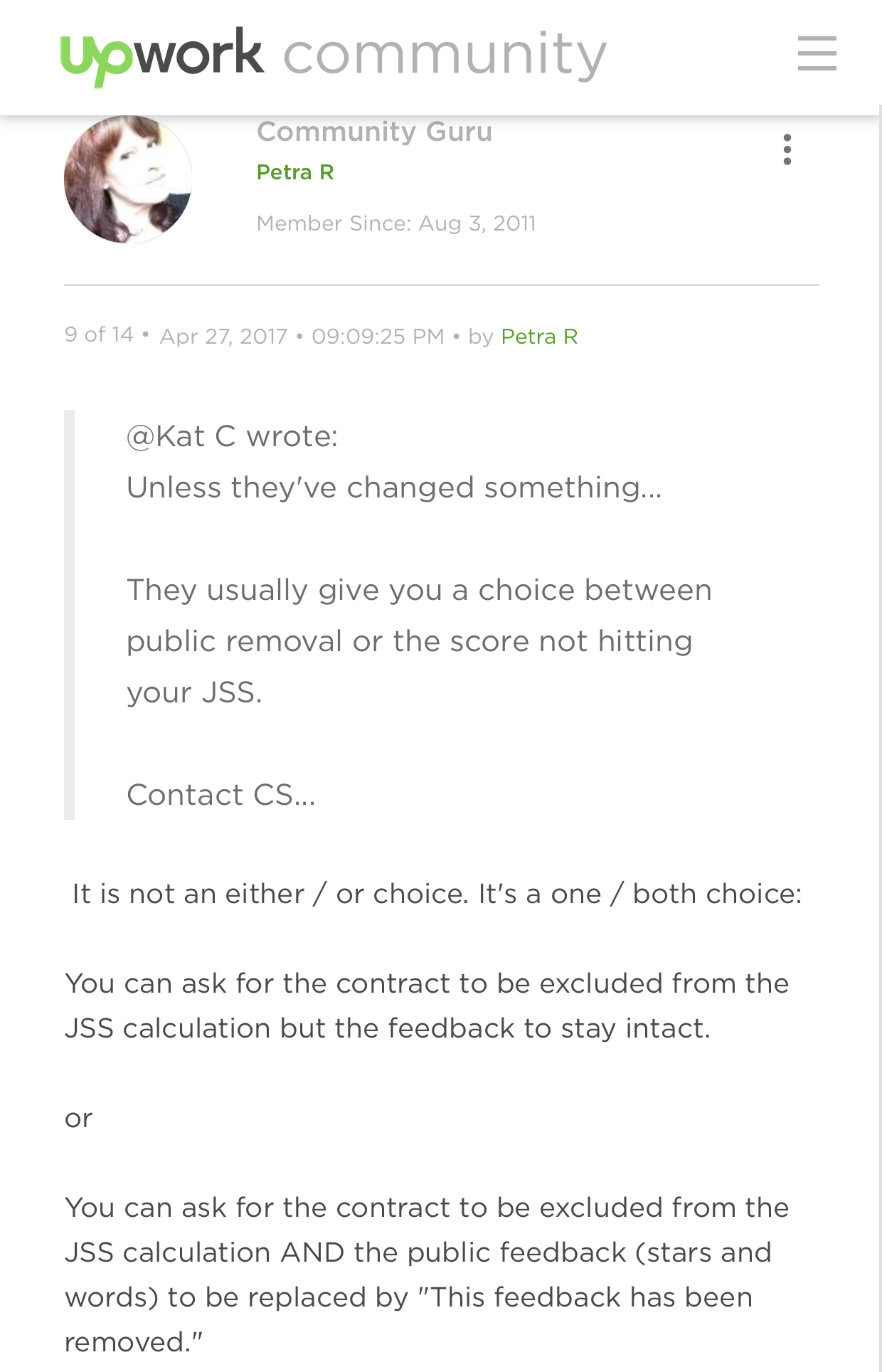 OK. Let's draw a line here. Enough is enough. You can buy five-star and/or kill your one-star Upwork reviews, but this doesn't mean that the whole system is corrupted. At least, Upwork reviews are still trustworthy. Are they?

If You Can't Trust Trustpilot, Then Who Can You Trust?

It's not a secret or surprise that Upwork is rated as "poor" and "bad" on Trustpilot. This low rating score makes sense to me. It reflects the Upwork reality, which is far away from a projected idealistic one. 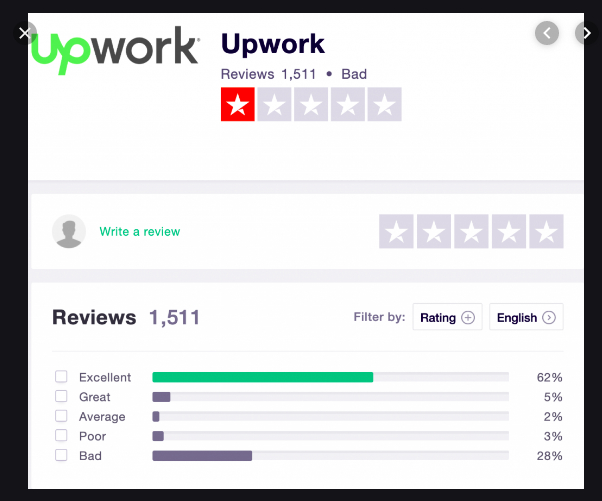 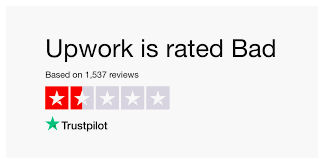 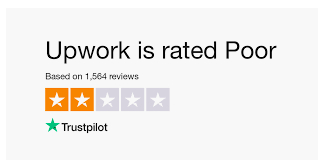 I thought that Upwork's reputation was damaged beyond repair. I also wondered how was it possible for Upwork to "tolerate" this unfavorable review situation?! Yup, you should be careful about what you wish for. Before I knew it, the Upwork "review machinery" demonstrated its full strength. 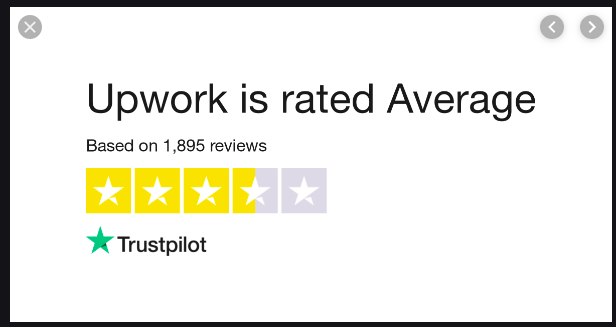 As I'm writing this article, Upwork's trust score is getting better and better. The new five-star reviews have been posted on an hourly basis. So, what's my problem with it?

Well, we clearly had a period when Upwork wasn't interested about its poor rating. Then, all of a sudden the review-sleeping-beauties on Upwork have awoken and eager to get down to "business." I paid the close attention. There was a wave after wave of five-star reviewers. You can check out the dates yourself. You can also see for yourself that these "happy" and "spontaneous" Upwork reviewers just wanted to do their "patriotic reviewing duty" as quickly as possible with not too many words left behind.

From the "technical" point of view, Upwork isn't doing anything wrong with its reviews on Trustpilot. Upwork reviewers are just being more active than usual. It's a happy "coincidence" that almost all of them were five-star oriented in the last couple of weeks.

Can you build a bridge of trust with the plastic screws?

Yeah, it's a cheesy question, but it doesn't mean I'm missing my point. I was looking for a word to rhyme with reviews. Is this the best I could do?

Actually, I asked Google, can you make a plastic bridge? Yes, you can, but I still prefer the good old wood, metal, or concrete in this case.

There's a phenomenal movie quote from "Kingdom of Heaven:"

It (Jerusalem) is a kingdom of conscience, or nothing.

If you don't mind, I would like to adapt this quote:

Freelancing is a kingdom of trust, or nothing.

Related Stories
Subject Matter
Enter The Decentralized Internet Writing Contest by @HackerNoon+FreeTON
#promoted
Is Payoneer Safe Again? - Payoneer Avengers vs. Wirecard Thanos by @nebojsa.todorovic
#payoneer
How I Hacked My Brain To Trigger My Most Productive Coding Stint Ever by @torbet
#coding
Is the Drop In Audio Industry Already Too Crowded for New Contenders? by @cyberguyesq
#clubhouse
Improve Machine Learning Model Performance by Combining Categorical Features by @davisdavid
#machine-learning
How Platforms Like Facebook Can Make Algorithms More Transparent by @jaipaul
#social-media
Reflecting On My First 5 Months As An Open-Source Contributor by @kalebujordan
#python