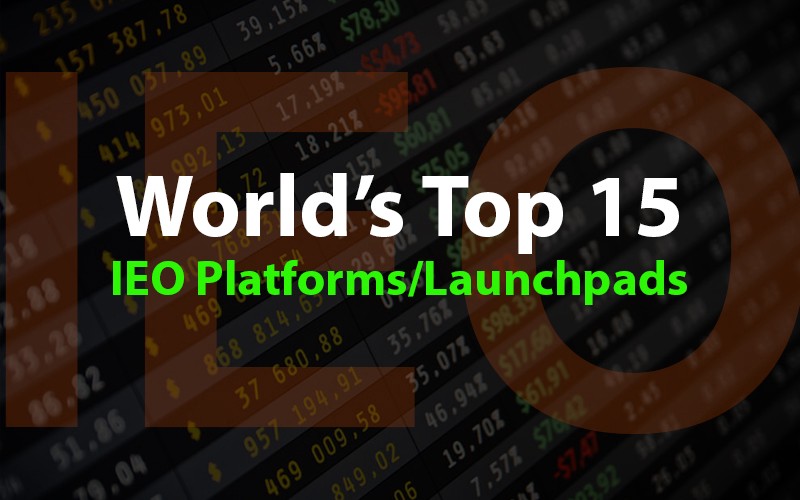 We’ve recently witnessed a transformation of the global ICO market from a dying model of projects issuing and selling tokens directly, to a completely new model whereby tokens are sold by exchanges which immediately list the tokens at the sale’s conclusion. This model has fittingly been called an Initial Exchange Offering (IEO), and although the first cases took place back in 2017 (Bread, Gifto) the trend didn’t really take off until the beginning of 2019.

Essentially, an IEO is the same crowdfunding process as an ICO is, except that the project which issues the tokens and desires to raise capital relies on exchange to perform crowdsale rather than doing it themselves.

Binance pioneered this tokensale method with multiple huge successes on Binance Launchpad, inspiring other market participants to begin developing their own IEO platforms as a result.

At the present time we can count at least 15 exchanges which have either started supporting IEOs or announced that they are developing an IEO concept.

So let’s go ahead and look at

The pioneering IEO platform, started operation in 2017 and became mainstream in 2019. A lot of successful cases including Bread, Gifto, Bittorent, Celer, Fetch and one upcoming called Maric.

Huobi was actually the next major exchange after Binance which managed to perform successful IEO with the TOP Network project. They completed their first selective token sale event in a matter of seconds, with token prices surging by 250% immediately afterwards.

As one of the leading exchanges by trade volume, it’s no surprise that OKEx doesn’t want to be left out of the IEO trend. To ensure that they stay relevant, they’ve announced their own IEO platform, called OK Jumpsmart. So far there isn’t any public information about upcoming projects, but we can be sure that they are looking closely for new prospective projects to work with.

Coineal is quite a big exchange with almost $700M daily trading volume and they’ve already jumped on the IEO train with their own Launchpad. Among already completed cases they have IPW Token, Levolution, and Kizuna Global Token. Another sale which is ongoing is Rebglo Token.

ZBG Exchange is a side project of another major exchange, ZB.com, which was a newcomer in 2018 but quickly reached the Top 10 on CoinMarketCap. Although they have been accused of faking their trade volumes, nevertheless, ZBG has completed two IEOs on their own launchpad with V Systems and Kamari projects.

BW.com is a core strategic partner of ZB.com exchange, a deeply-rooted crypto-exchange in the Asian market. BW Tokens Launchpad has supported three IEO projects to date, with two of them completed in the end of March 2019 (Blockbuster and V Systems) and one still ongoing (Grabity).

Coinbene was noticed talking about their own IEO platform already in 2018, but the first IEO launch was officially announced in March 2019. Since Coinbene is often listed among the Top 10 exchanges and has a big community, we might expect another successful case in IEO field from them.

BGOGO is the first digital asset exchange with supernode listing authority. Now they are launching Apollo (IEO Launchpad) and have announced two tokensale events for ARM and X-Block projects.

IDAX is a global digital financial service platform focusing on the needs of bitcoin traders with high daily trading volumes. IDAX has announced their first IEO for ZeroBank project, which will take place in April 2019.

Bitmax is a relatively new exchange complete with a new platform for token sales. Their first IEO project called DOS Network hasn’t done much to excite the community, and already there’s a sense that these projects may struggle to sustain their price once exchange listed. It’s early days for Bitmax Launchpad though, which may yet produce some winners.

The long-established and popular exchange, Bittrex, announced their first IEO in February 2019. But the first and so far only IEO — for RAID project — was cancelled. Nevertheless, Bittrex is expected to pursue another IEO in the near future.

Probit is not one of the major exchanges by trade volume, but they are seeking to distinguish themselves from other small-scale exchanges proliferating the market with their IEO support. There have been quite a few IEO cases hosted on their website already, but they were completed without nearly as much buzz as the Binance cases had. Among them: Spin Protocol, CharS, Wegen, Steemhunt and others.

Latoken started their IEO launchpad a long time ago back in 2018 and have actively promotedthe projects listed on their platform. Just recently they announced a new IEO for the 7Eleven project.

KuCoin is a former Top 10 exchange which have lost their position due to decreased trading volume of late. Nevertheless, they remain one of the best-known exchanges worldwide. Recently they announced their first IEO for the MultiVac project on their brand new platform, called Spotlight, which will take place in April 2019.

ExMarkets platform is a new generation crypto-exchange providing thick order books and deep liquidity thanks to a backend framework. Exmarkets has 4 completed and 4 ongoing IEOs on their website. However, they have not published any results of the completed IEOs on their platform.

Unlike other exchanges and market players which use the IEO term and perform tokensales through separate platforms/launchpads, Cobinhood remained loyal to the traditional ICO term and offers ICO services for the projects as a turnkey solution including business model optimization, tokenization, marketing and PR. So far there have been two completed cases — their own tokensale of the Cobinhood token and another project called CyberMiles.

If you enjoyed this compilation, please clap👏 and share to help others find it. Feel free to leave a comment below.