Stella just wants to play, but walks to the park became too politically charged.

Stella has changed my family’s life for the better. She is an unending well of positive happiness with a face that makes your heart melt. Stella has no agendas except one — life should be fun. I never expected to be such a breed-specific dog fancier (this is only my second dog) but Golden Retrievers are amazing. They are helpful, people-focused, and sweet pretty much all the time every day.

Our only real challenge with Stella is her definite need to play. Golden’s are a curious breed — it’s not like when I had a German Shepherd, who was a great dog but was happy to chase the same ball hundreds of times until he collapsed.

Stella is not impressed with your ball game after the first few throws. Maybe it’s a Golden Retriever thing, but she likes to needs a lot of intellectual stimulation and that means a constant demand for new games. If I don’t provide enough entertainment for her, she plays games including “steal whatever is in my pocket” or “bite my sleeve playfully till it rips”. 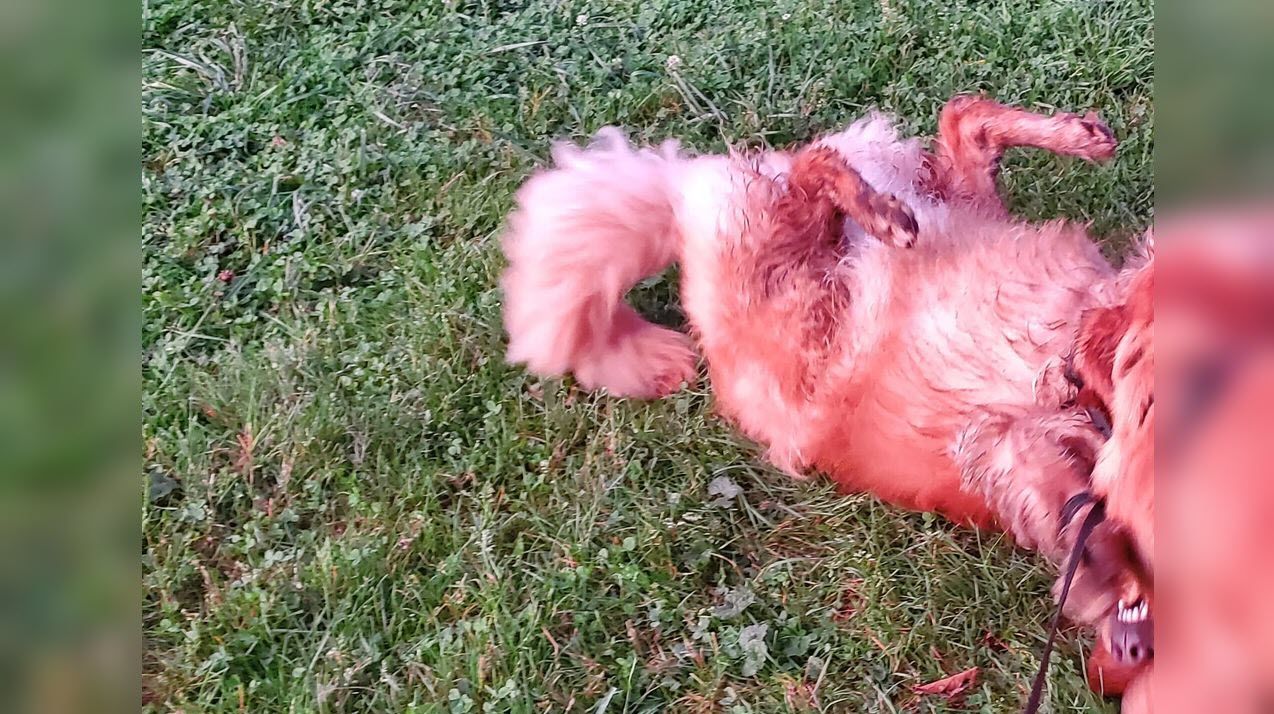 Stella in the halcyon days of yore playing with her BFF with wild doggy exuberance.

At about 1.5 years old Stella met a neighbor’s dog at the park which is right behind our house. Her puppy friend (a Golden mix, so she has the happy disposition) was 3 months old at the time, but “Honey” has the heart of a warrior.

Watching her charge Stella like a snow speeder attacking an AT-AT, and dive underneath her (because of the height difference) to attack Stella’s unprotected belly is still one of the cutest memories I have.

When Honey got too big to run under Stella, she adapted again to perfect the run-jump attack. Honey attacks like Super Mario Bros. — hold down B for run and hit A for jump for the perfect aerial attack to make up for the height difference in the dogs.

For over a year, the two-dog golden squad met every day and wrestled for anywhere from 30 minutes to an hour and a half. Honey’s “mom” and I would stand there awkwardly making small talk while the dogs fed their souls and doggie natures wrestling, finding sticks, fighting over toys, tricking each other out of toys running off, falling on the ground and wrestling, and biting each other on the face in the purest happiest display of puppy playtime.

Honey’s mom and I went from being total strangers to meeting every day at 9 AM’ish or 11 AM’ish to stand there and watch our dogs tire each other out.

Stella had finally found her soulmate in Honey. 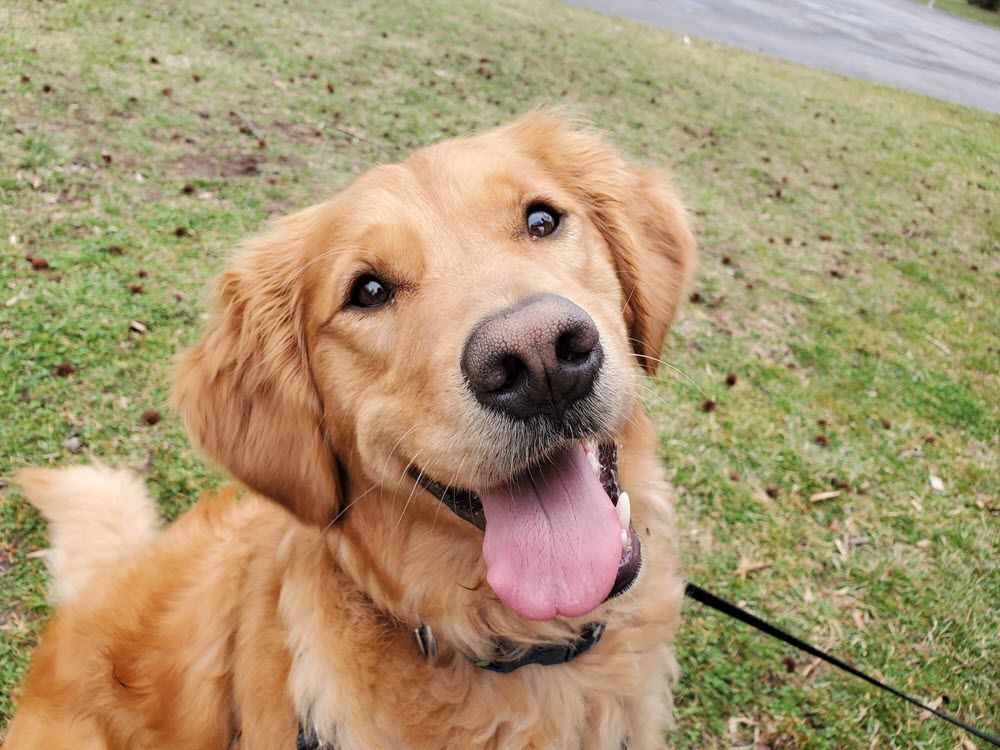 Dogs are some of the only creatures made happier by the lockdown.

It started with the pandemic, which meant Honey’s mom and I both had kids home all day. It was harder to meet on a set schedule but we found a way to soldier through the summer. The Golden Girls demanded it.

Unfortunately, Honey’s mom watches Fox News. She had hinted much earlier that she had some sympathy for Trump, but she really didn’t come out as a Trump supporter before the last 6 months. That transition brought all the ideas you would expect, straining our previously casual conversations:

In other words, in the tiny smalltown ecosystem of our little backyard park — in a mixed-income Pennsylvania neighborhood probably split 60/40 Trump/ Biden in what would turn out to be a key swing state — masks had become a political statement. It was now easily discernible which of our neighbors were pro-Trump based on who wore a mask. 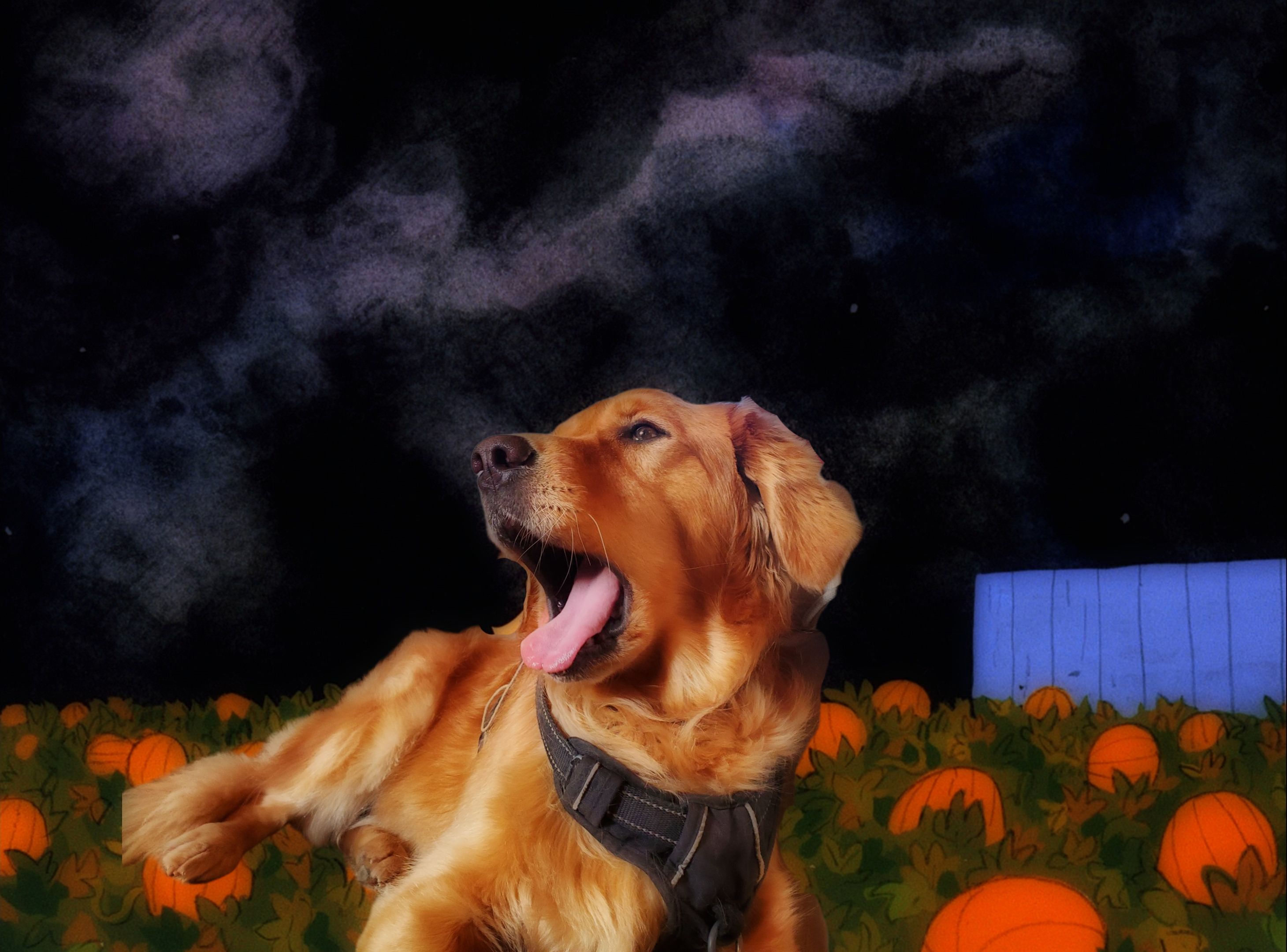 Stella is shocked, or yawning.

Honey got an adopted brother, and that really escalated the deterioration of playdates. They went from playing every day without fail for a year to meeting two or three times per week. Then once per week. Then not at all.

Stella, happy and doted-on princess of the park that she is, still finds her own fun and local dogs to play with, but it’s not the same. Stella and Honey were kindred spirits when it came to playing — now kept apart by politics.

Looking to the future of puppy play

Stella needs a new dog friend in her life and we are seriously looking at getting another Golden Retriever. With the pressures of the kids being home all the time and the nearly constant work pressure, it’s just a tough time to adopt another baby into the family.

Also, the prices of puppies have more than doubled since COVID-19. We aren’t the only ones looking to inject a little joy into our lives during this time.

So, a new dog for my family may wait until next Christmas if we hold out that long.

In the meantime, Stella shows me with her big brown eyes that she likes the walks just fine but frankly, I’m a little dull, though she loves me anyway. She needs a new dog to come and bite faces with her.

I’m seriously tempted to place a personal ad looking for puppy play dates. It seems like a practical idea, I just feel a little silly doing it and I have a feeling we may have to audition several new dogs before we come up with a match for Stella.

A combination of pandemic and politics has cost us Stella’s best friend. If it was socially acceptable, I’d knock on their door and ask if Honey can come out and play with Stella. The dogs don’t care about politics and I think they miss each other.

Honey lives so close to the park that sometimes we can hear her barking from her backyard. Stella looks up longingly and wants to play.

Maybe Stella and her BFF will be reunited. But in the meantime, it goes to show the division in the US — the Left wanting to fight the pandemic and fight would-be fascist leaders and the Right that wants to “own” the Left and fights them with more contempt than they exhibit for viruses or fascists.

Sadly, not all of the victims of this philosophical conflict are human.

Maybe next year, when we are ready, Stella will finally get a puppy sister.

*All photos by author, model is Stella the Golden Wonder.

Related Stories
Subject Matter
Partner with us for Digital Product Development by @AWH
#promoted
Declare your Bitcoin Today - Practical Advice on Crypto Taxes by @justin-roberti
#bitcoin
What The Puell Multiple, The MVRV Z-Score and Realized Cap HODL Waves Indicate for Bitcoin's Peak by @MarkHelfman
#money
Gossip Simulation Implemented In Python by @mcmurchie
#python
#Biohack a Super You: Part 1 by @ellens
#biohacking
Why Kubernetes Is The Best Technology For Running A Cloud-Native Database by @jscarp
#kubernetes
Why Would Anything Ever Go Right? by @ted-wade
#economics