Top Security Tokens You Should Watch Out For In 2018 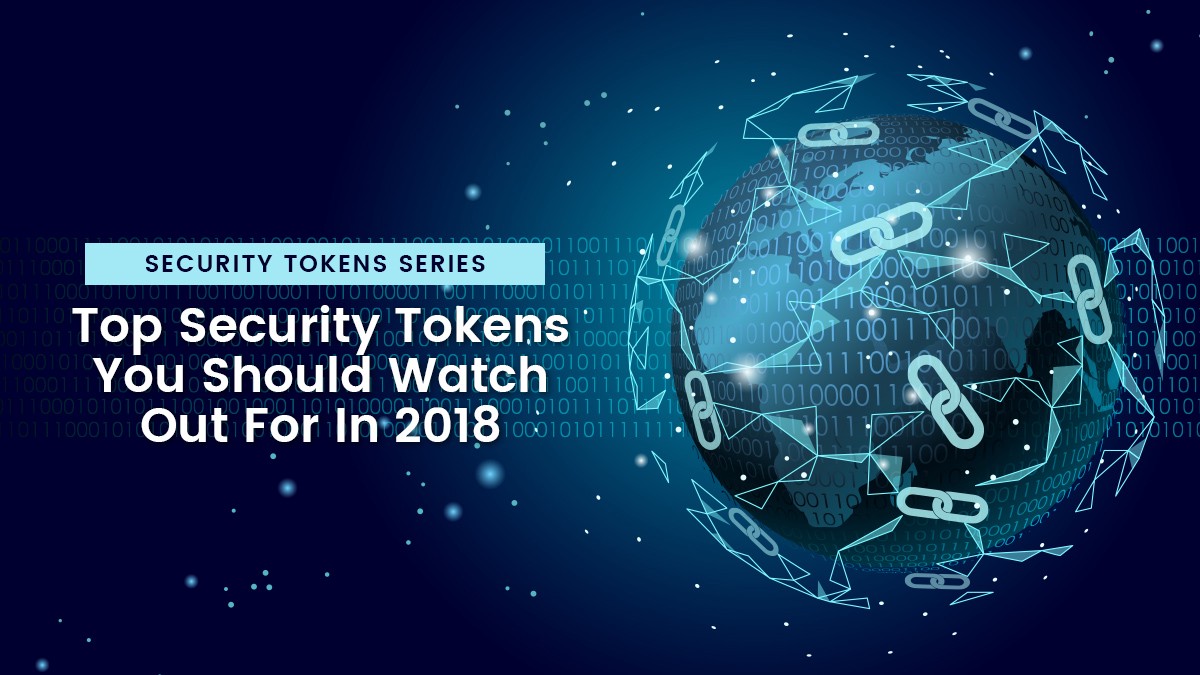 Security tokens seem to be real deal that will revolutionize the crypto sphere in 2018 and beyond. If you are new here, tokenized securities are simply investment tokens that comply with SEC regulations.

These tokens come with a variety of financial rights; dividends, equity, profit share rights, buy back rights, and voting rights. In most cases, security tokens represent a right to a principal asset such as holdings in another fund, or proof of real estate or cash flow. The rights are written into smart contracts and are traded on a Blockchain-based exchange.

As such, tokenized securities are poised to be a game changer for financial as well as ownership models. With this model, any fund (be it, hedge fund, private equity or venture capital) can offer liquidity. Also, any asset can comfortably offer partial ownership, full ownership or revenue shares.

This article gives you insights into some of the existing tokenized securities and upcoming Issuances you should be on the lookout for in 2018. So, let dive and explore:

Blockchain Capital was pioneered by Brock Pierce and co-founded by Bart Stephens and Bradford Stephens. Bcap is believed to be the first company to introduce a public offering for a securitized token.

Through its ICO, Bcap brought forth a significant improvement in the upcoming token sale industry in several ways. First, the offering only accepted funds from accredited investors. Secondly, it also developed a blueprint for upcoming tokenized securities and invested in other ICOs that embraced some of the best practices.

The token sale was very successful. Within six hours, Bcap had reached its hard cap of ten million dollars. Earnings from the offering were transferred to one of Blockchain Capital’s funds. The funds managing partners receive 2.5 % management fee and a 25% performance fee in accordance with the offerings memorandum. The remaining profits are distributed to the token holders.

Science Blockchain was established by the founders and investors in the original science incubator. They include; Greg Gilman, Mike Jones, and Peter Pham.

Therefore, Science Blockchain is a fund and incubator that focuses on Blockchain investments. The fund was raised through a security tokens (SCI) ICO.

Token holders will enjoy up to a maximum of 70 percent of the stream of income from portfolio companies. To add to that, it is expected that the proceeds from the fund’s liquidity events will be used to repurchase tokens through a buyback program. This will allow investors to benefit from equity appreciation.

Lottery.com, which was initially named AutoLotto, is a mobile lottery service. Through the use of Blockchain technology, the company hopes to improve its services by expanding across international markets, enabling instant payments, and increasing transparency and flexibility.

The company’s private token sale is about to come to an end, and rumor has it that the STO could be in the nine-figure range. Holders of this securitized token will receive financial yields depending on the gross raffle sales.

Lottery.com has formed a collaboration with cash bet and securitize to help bring this offering to the market.

While it’s true that VCs continue to play a huge role in almost all significant disruptions of our time, the venture capital industry remains untouched. SPiCE VC is poised to transform this industry by use of its tokenized model. This VC model offers practically instant liquidity to investors.

while LPs in the traditional venture capital funds had to wait for between seven to twelve years to gain complete access to their funds, token holders in the SPiCE not only get a piece of the exit pie, but they also get to enjoy a tradable asset.

The company plans to venture into utility tokens in the future. However, they are currently focused on security tokens. SPiCE VCs first portfolio company is Securitize. The company is managed by Carlos Domingo, the former CEO of Telefonica R&D together with Tal Elyashiv who was the former CIO at Capital One Bank of America and Ami Ben David.

Sia is a peer-to-peer cloud storage platform based on Blockchain technology. The platform allows hosts to lease out their storage capacity to renters.

The renters and the hosts use Siacoins, one of the tokens utilized by Sia, as a medium of exchange for execution of deals. The other token used on Sia is Siafunds.

Both the renters and the hosts pay network fees to the platform. These fees amount to about 3.9% of the total spending. Siafunds receives a proportional amount of these fees.

Out of the total 10,000 Siafunds, the operating company of Sia platform (Nebulous) is offering 750 as a reg D security token. This is an example of a dual token or “two-tier” issuance that is both a utility and security token.

22X Fund is a tokenized fund formed by a group of entrepreneurs from a recent group of 500 startups. The fund will invest in some startups that graduated from the San Francisco 2017 500 startups batch where it will hold between 2.5% to 10% equity in the companies’ it invests in.

Token holders can get profits by trading the tokens on an exchange. They can also receive returns in a token repurchase program that takes place when a portfolio company faces a liquidity event like an IPO or an exit.

Some of the notable managers and advisors in the X22 Fund are Tim Reynders who is the investment advisor and Jamie Finn the portfolio manager.

Property coin is a good example of how security tokens can bring about significant disruption in the existing markets. Aperture, the company behind the STO, rides on a 100% asset-backed token to open up real estate.

Aperture intends to raise over fifty million dollars through the STO. The funds will be invested in two areas of business, namely; loaning other property investors and flipping residential properties. Half of the profits will be shared with the token holders through reinvestments.

Property coin’s notable managers and advisors include Andrew Jewett and Matt Miles, both of whom were former executives at RBS securities.

2018 will be remembered for the development of an entirely new ecosystem of tokenized securities. As tokenization continues to gain popularity among traditional issuers and investors enthralled by the benefits of Blockchain technology, some evangelists argue that these securities will gain so much popularity in the coming days that they will completely replace traditional stock exchanges and OTC markets.