Tokenizing Yourself is the Final Frontier… of Stupidity. 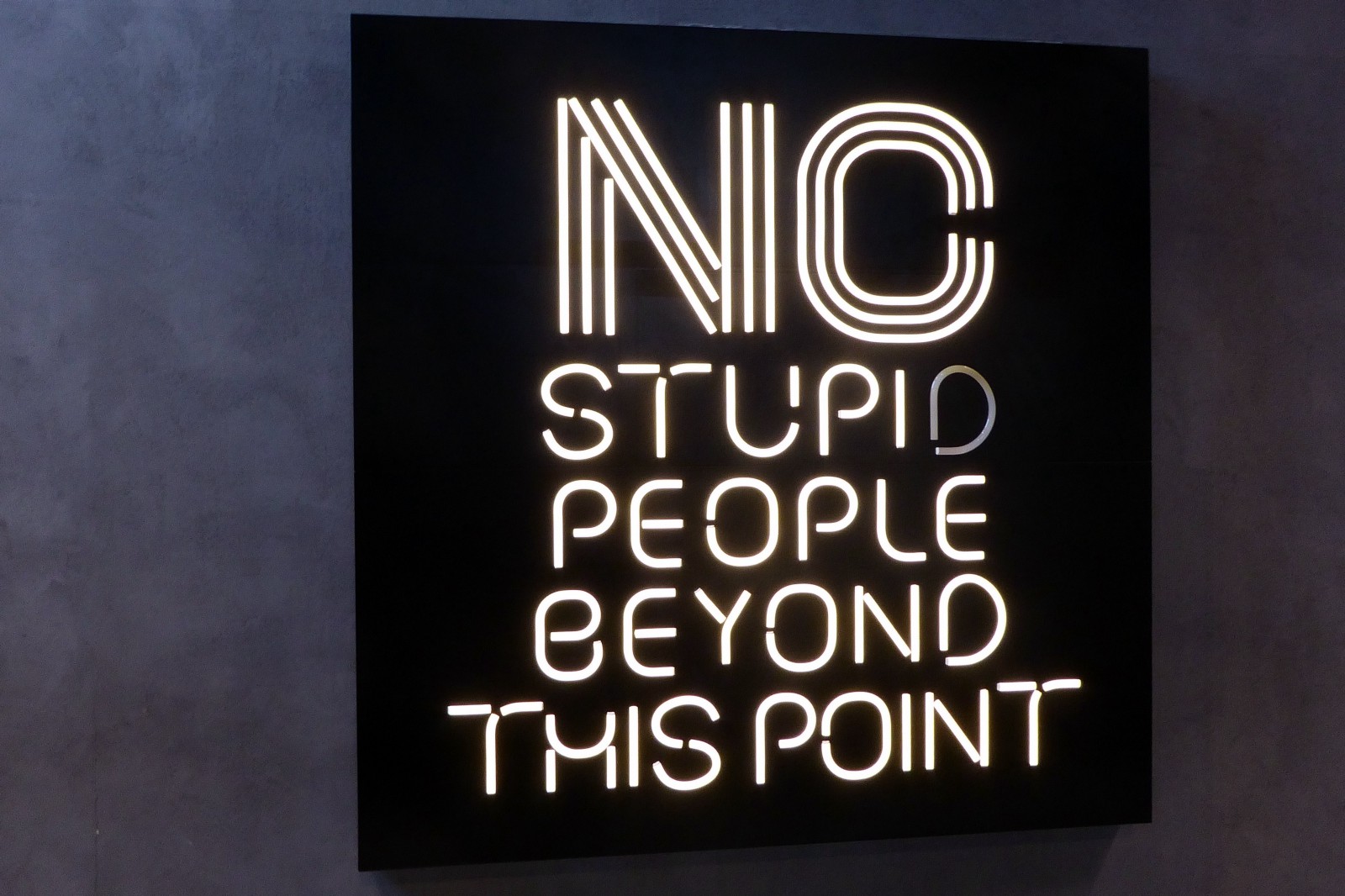 There is a vocal movement within crypto to ‘tokenize everything’. Adherents believe that the act of tokenizing assets such as real estate and art will provide increased liquidity, through a fairer and more accessible market. What is the logical conclusion to tokenizing everything that surfaces more and more frequently? Well, it is tokenizing yourself.

It is also monumentally stupid.

Let’s look at why we have ‘tokens’ (I hate the word, but it will have to suffice). BTC exists as a currency because it acts as a payment mechanism to secure the Bitcoin network. Without it, there would be no incentive for miners, which would ultimately lead to an insecure network.

DApps then came along, built on top of protocols like Ethereum. These DApps began to use their own token to provide access to services or act as a payment mechanism. Few needed, but many wanted, to introduce a token rather than simply use ETH or BTC. For example, instead of using BTC as a form of payment the browser Brave created its own token (BAT).

As the ICO market reached saturation and hit legal issues, attention subsequently turned to Security Token Offerings (STOs). These offer greater regulatory certainty, as they are structured in a similar manner to securities, and tokenise assets which can subsequently be traded on decentralized exchanges.

Although in their infancy, STOs introduce a new issue separate from the prior examples of tokens because of the inherent issue that just because a token claims to represent a real asset, it does not mean it actually does. Can tokens eliminate some market inefficiencies? Yes. Can they make it easier to trade some assets? Yes. Do they solve everything? No.

Just as most ICOs introduce an additional layer of friction through needing a token, so too does the use of tokens by STOs ignore the benefit brought about by Bitcoin originally. BTC is secured by the Bitcoin network (e.g. miners and nodes); it does not rely upon any centralized authority to give it value, as its value is determined by the market.

However, an asset-backed token is different. While the market can still be used to determine the value of the asset underpinning the token, the token itself is worthless without a centralized authority to prove and enforce ownership of the asset.

For example, if I buy a token share of a house, I have to rely upon the land registry that said property has not already been sold to someone else. There is no difference between a token claiming to hold a share of an asset and a token which does hold a share, beyond the wider societal and legal system backing it up. Having to rely on such constructs inevitably reduces the appeal of a decentralized blockchain. However, they do make the system workable — if you trust the centralized authority.

Personal Coin Offerings (I don’t know if there is another term so let’s go with the unimaginative PCO) take these problems and amplify them, whilst providing less upside than STOs do.

Let’s look at a few examples of how a PCO could work.

A freelance worker sells tokens, with each token able to be redeemed for a service (such as an hour of design or writing work).

An entrepreneur sells stakes in themselves as funding for their ideas. Investors are then entitled to a % of profits from these endeavours.

Sports stars sell stakes in future revenue in return for up-front investment, providing them with a safety net against injury or a downturn in playing ability.

None of these, on their own, are radical ideas; workers sell their time, both in the regular job market or on platforms such as Fiverr. Entrepreneurs sell stakes in their future ventures all the time to family, friends and venture capital. While slightly less common, footballers have sold rights to their future earnings in advance and racehorses are often owned by syndicates and partnerships.

But what does the token add? Nothing.

Worse than that, it introduces additional complexity and dramatically increases the risk to both investors and the individual.

First, let’s look at the potential benefits in the case of the worker, as this is the category most people will fall into.

I’m trying to be fair here, but I really can’t think of any other benefits to the worker (and they are marginal). Other concepts that will be raised as benefits but which fail to pass scrutiny:

There are admittedly some potentially interesting dynamics that could emerge. One is that a free market of personal tokens could provide a way to value personal ‘brands’ on social media. It could also pave the way to some sort of ‘labour Futures’ market, although it is hard to conceive of the form this would take.

While there are some potential advantages, they are (vastly) outweighed by the disadvantages.

Why tokenising yourself is stupid

The fundamental problem with PCOs is a more pronounced version of the issue that afflicts STOs. Tokens are useless unless we can guarantee they represent what they purport to. How can a PCO ever provide this assurance? No-one can force a person to do something in a free society. If I sell a token for one hour of my time and subsequently fail to honour that obligation, what can the owner do? If someone buys my token and asks me to do some work for them which I am ideologically opposed to and refuse to do, what recourse do they have? If I die, what then? Nothing. The token relies 100% upon my continued ability or desire to fulfill it.

Even worse, those buying someone’s time on an exchange won’t have the usual ability to attempt to recover damages by arguing a contractual dispute. They bought a token; they did not enter into a contract with the person backing those tokens. Anyone buying a right to someone’s time in such a manner will struggle to get backing in court. Unlike the examples of STOs, in which real estate can be backed up by the Land Registry for example, PCOs offer no such guarantees.

This becomes more of an issue when combined with the free market mechanism. If I value my time at £100 per hour, but the market is telling me that it is only worth £10 an hour, am I likely to want to complete that work? Should I buy back the tokens given I value my time so much higher? What about in a bear market or a wider recession? The market mechanism can rapidly turn incentivisation into disincentivisation.

There are a whole host of other problems. Most altcoins have precious little liquidity, so we can rule out personal tokens having significant volumes for many years. But most pressingly, how do you create a supply for a person’s labour which may have to last for decades?

This supply issue is hard to solve. Let’s assume I’m a 25 year old. I am a graphic designer and I value my time at £50 per hour. I work a typical work year of c. 2,000 hours. I might have to work until I’m 75. Do I print the whole supply now? If I do, do I hold the 100,000 tokens myself and sell off gradually, or do I sell it all at the start and incur a lifetime’s worth of time liability?

Even if buyers could be found for all 100,000 tokens (which obviously wouldn’t happen), how do I then limit the redemption process given that I won’t be able to fulfil all obligations simultaneously? Worse, even if several buyers came forward at the same time I would be unable to fulfil what the token supposedly provides a buyer. This is not analogous to someone declining business due to prior commitments, because the business has already been paid for (when the token was bought).

I would obviously have to hold back the bulk of supply. But this then means I am the market maker, given I would hold 98% of supply, assuming I sell one years’ worth. Sure, I can lock it up to be distributed over the years, but it still limits the potential for appreciation when others know the minimum amount I would sell for (my original price). Why pay more on the open market rather than just come to me directly?

The obvious solution is just to create a small amount of supply, or issue when I have a client lined up for work. For example, I make available 100 hours of my time, 1 token per hour. Well, why would you do that? That’s nothing, that’s just pointless. When people talk about crypto as Chuck E. Cheese’s vouchers this is precisely what they’re talking about. There is no reason to have a personal token — just accept fiat or BTC.

No, the PCO is only interesting if creating a large supply which can then float on the market with no peg and where redeemed tokens are burned — but it is also irredeemably unworkable.

There are many potential issues to contemplate but if one thing is certain, it is that people will fail to consider them until after they have always arisen.

What about if you make a mistake in the smart contract? Or lose your keys? Or cannot distribute tokens? What about if you suffer a theft? Or if there are significant transaction delays? Or if the chain you operate on top of suffers a 51% attack? What about if someone who owns your tokens has them stolen? This isn’t the same as losing BTC; these are going to be clients you will likely have built up a relationship with.

There are additional problems, such as the friction that a token introduces and the potential for a token sale to cause indentured servitude (good luck factoring in inflation, other economic changes and your own likelihood of wage potential progression if you’re selling a large amount of supply upfront) but they pale into insignificance when confronted with the biggest problem; what is the point?

Finally, there could be some use case that does make sense, perhaps more along the lines of the entrepreneur selling access to future investments (but would likely work better as a right or priority to be able to invest, rather than equity in all investments). The most immediate use would likely be social media celebrities giving out or selling tokens which provide access to premium services. But again, these are all possible without a blockchain based token and there is no compelling use case I can think of at this time (although as always, I am more than happy to be corrected).

Worst of all, a poorly implemented PCO could lead to a form of indentured servitude with a worker locked in to a long period of below market rate pay. However, the more likely outcome is just that the PCO replicates many ICOs, as unscrupulous issuers realize the ability to raise large upfront sums and then welch upon their obligations, consequences be damned.

More than anything, it’s just a stupid idea.