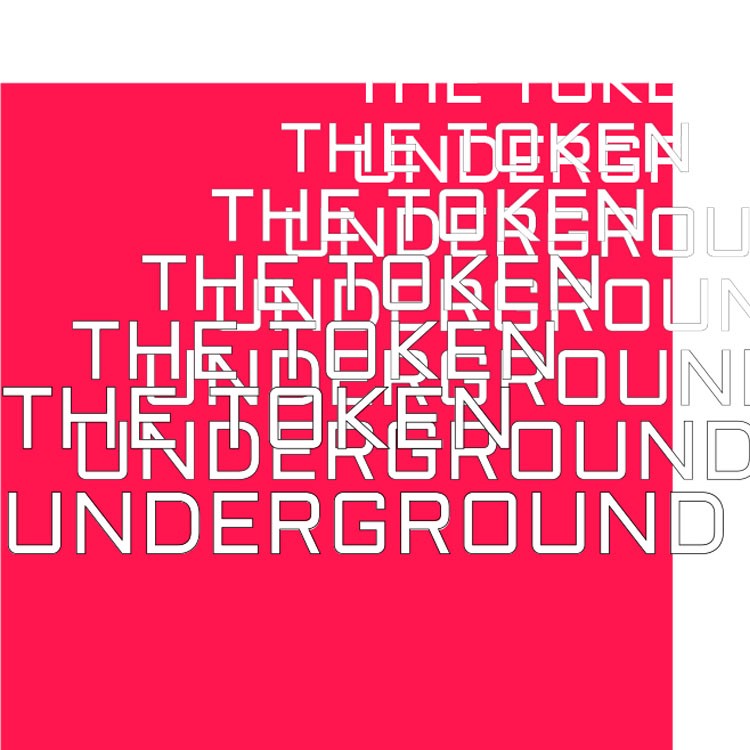 I write about blockchain and Web 3.0

We went in depth on #Mithril Token with this one goal: to lay down some pain points of the existing token model for the Mithril team and the blockchain community at large, and prompt further discussion and feedback.

Token Underground is back with the next chapter of our ‘token bullsh*t filter’ journey.

This time we review the economic model of MITH — a native token of Mithril decentralized social media platform. Our choice was affected by the recent rumor swirling around Facebook and Telegram launching crypto tokens, and more general thoughts on implications of introducing a token into social media platforms of all sorts. We’re also coming from an odd observation that Mithril has long been sitting in CMC top-100 without any comprehensive analysis of the project done so far. Well, we’re about to fix that.

The first thing that caught our eye is almost zero amount of recent data in English about the token and its work mechanics, which is probably due to the fact that Mithril originated from China, and so the community around it might be primarily Chinese.

Not having that much to build our analysis on, we extracted bits of information from the Whitepaper, Mithril’s Medium blog, and some more intriguing Reddit posts, where savvy users posed quite straightforward questions[1],[2],[3] about the token value, even making an attempt to undercover a possible cheating scheme associated with Binance listing. We’re not gonna get into that, and built our conclusions based on facts and figures.

Page 1 of the WP has the definition of Mithril network:

<< Mithril is a decentralized social media platform on the Ethereum Blockchain. Mithril will integrate into new and existing social media networks to reward content creators for contributions to the network — we call this Social Mining. >> [end of citation]

An abstract of Mithril’s token design is also given here:

<< With MITH tokens, users will be able to spend it across the MITH application ecosystem, such as dating services, premium content channels, and live-stream applications. The Mithril Merchant Network aims to allow retail acceptance of MITH as a payment method, beginning with retailers in Taiwan and Hong Kong at launch. The MITH network, armed with its user base of social influencers, will be a highly-desirable customer base which Mithril Merchant Network partners will benefit through a deep MITH integration. >> [end of citation]

Looks like a good old value transfer token, doesn’t it? Now, who are the ecosystem’s key stakeholders then? There is a beautifully designed stakeholder interaction scheme:

We somehow found that there are actually more actors to be added to these six — external social network networks and platforms, at least. So, supposedly, Mithril proposed those as an economic layer for external applications. Note that all these participants (with an exception of content owners who can stake tokens to increase their rewards) are using tokens for the payment function only.

Naturally, it is content owners who participate in the core mechanism of Mithril Network called ‘Social Mining’. As stated in the WP, the idea is simple: “As users produce valuable, user-generated content on the network, they will earn MITH via Social Mining. Their mining rewards will be directly linked to their influence and success as a contributor on the network. The more network value they bring to the platform, the more MITH they will earn.” [end of citation].

Looks great on paper: a well-deserved reward for content creators. Of course, the devil is in the details. How about we examine how these two mechanisms — of evaluating content and allocation of rewards — could work in real life?

There is Orei that is defined as raw mined number of some sort of scores that can be exchanged for real tokens. Orei is used to calculate the creator’s contribution to the network during a certain time period. Besides Orei, there is Purityi that distinguished the share of creator’s contribution from all other contributions within a defined period, MSM that is number of all tokens distributed among content creators during this period of time, and finally mi is number of tokens, received by i content creator. Here’s the snapshot from the original WP with corresponding equation:

The approach seems really simple here. The three main “value indicators” of generated content were selected: views, likes and watches. As each of these indicators have a different role in evaluating the popularity of content, special weight functions are added to the function that defines orei. Obviously, each weight function may take value in range 0;1 and WVIEW+WLIKE+WWATCH=1.

We may be wrong, but following the logic of Social Mining mechanics there is probably is a typo in the function defining orei. Parentheses are missing, since it would be logical to apply summation to all the three components of this function, and not only to the first one:

Apart from the WP information, we also used data from this article, posted on Medium where the extension of Social Mining is described. This extension is “Staking” — we put this term in quotes, since in our opinion this is not staking per se pretty much resembling mere holding.

‘Staking’ is applicable, when a user is exposed to the risk of losing his tokens, as they are staked as a risky deposit while he performs some kind of work for the network. Obviously, this has to give access to some sort of a limited resource.

We examined the concept of “token access to the limited resource in the network” in Token Underground 0x0 in detail.

With Mithril, we didn’t find any evidence of token’s granting access to any limited resource whatsoever. A content creator can earn rewards for her or his content without any tokens, while ‘staking’ their tokens only increases the reward amount. So, staking can only serve as access to one ‘limited’ resource — the tokens that yet haven’t been mined.

A side note: this ‘staking model’ is probably introduced only to support the token price in a falling market, nothing more. But, if the user holds a lot of tokens for a long period of time, he will receive more rewards than his competitors with a lower level of “staking.”

So, he will be collecting the tokens faster, and it is a logical leap to suggest that an average content creator would rather choose to cash out one day. So, in the short term such “staking” can maybe support the price level. But in the longer run, when all this “stakes” will make cash out procedure, what happens to the token price? No brainer.

First of all, “Social Mining” is an algorithm for tokens distribution in the community of users. It is not a permanent reward algorithm (as it is temporary and will continue for 8 years), as the real reward amount for random creators depends on at least two factors:

It is important to point out that there is no information whatsoever about who and how will be managing these variables. Are you guys handling this in centralized governance mode? We’d love to learn.

Having figured that MITH is a value transfer token with a specially designed algorithm for distribution of 35% of total emission among the community of content creators, we have this critical question: how about Sybil network attacks on this distribution system?

We all know that Sybil attackers create a lot of fraudulent nodes (or users accounts) with the purpose to use them to somehow get profit from the network, or disrupt its operation. Now imagine bad actors attacking Mithril Network with the goal to earn tokens during the first years of distribution. This can be done pretty easily. You register multiple accounts and start to create artificial likes and views for the content posts that belong to this group of attackers. If the share of this fraudulent accounts is significant, the significant amount of the tokens allocated to “Social Mining” will be collected by attackers. We analyzed all presented materials carefully, but didn’t find any solution to this issue. What if Sybil is attacking the network right now? Beware, token hodlers.

Mithril’s native token is apparently a value transfer token without any further utility. This type of token can capture value only when used in transactions, which leads us to the velocity problem. Transactions volume in MITH tokens has to be huge to provide organic demand and price. Valuation of such tokens can be made using Fisher’s equation (it is the simplest, yet highly criticized approach), or some more complex frameworks. Whatever valuation approach we use, here we talk about at least billions of dollars yearly turnover inside the network to achieve organic capitalization ~several hundreds MM USD (here we’re talking about growing to at least the peak capitalization of Mithril in past ~$400 mln). This begs the question — why not use DAI or ETH for payments inside a social decentralized network of any kind? Trust me, there are lots of other mechanics to incentivize content creators instead of making them part of the token circulation.

Turns out, the ‘Social Mining’ mechanism is just another way of token distribution between the community. Nothing new here either. The algorithm is not transparent, and can be changed by the decision of the founding team at any time. The system does not include any serious mechanics to defend Social Mining from Sybil attacks, so the statement about “honest distribution between the content producers who create valuable content” doesn’t sound particularly convincing.

Staking that leads to increasing rewards, earned by participation in “Social Mining” has no economic sense, besides token price support. When a user “stakes” a token in other networks or protocols, he basically uses it as a kind of risky deposit to prove some action or information, and if his behavior violates the rules, his stake is partially or wholly penalized. In this case, user stakes a token only for the sake of staking the token and increasing his rewards. Obviously, this “staking” was implemented in Mithril with only one goal in mind — to freeze newly distributed tokens and prevent users from selling them at exchanges.

We can now conclude that this model does not differ significantly from many value transfer models of 2017 ICO frenzy. Pretty sad.

Some ideas for the Mithril Team

First of all, we recommend reviewing the basic value transfer model, and then building up the governance mechanism that will help to maintain social network collectively. It will focus Mithril’s policy on the user needs. For example, if users governed the updates in rewards formula and other significant questions of network operations, it could become much more credible, than when being a regular app where all key parameters are set forth by the team. We also believe that “Social Mining” concept has to be re-imagined, first off to prove secure against Sybil attacks. Ultimately, it all comes down to a very complex problem — monitoring good-faith and fake users actions in the network. How would you distinguish between these two? Facebook and Twitter have been working on it 24/7, yet with no luck.

By implementing these two approaches we think Mithril social network could prove to be more viable and successful on the market, and grow up to an organic-driven capitalization back. By the way, now MITH token demonstrates very poor performance, and even staking cannot help: only ~7.6 mln of MITH are staked from the >500 million circulation according to the official website. This is also a very sad statistics.

Streaming just got weird. Can blockchain fix it?