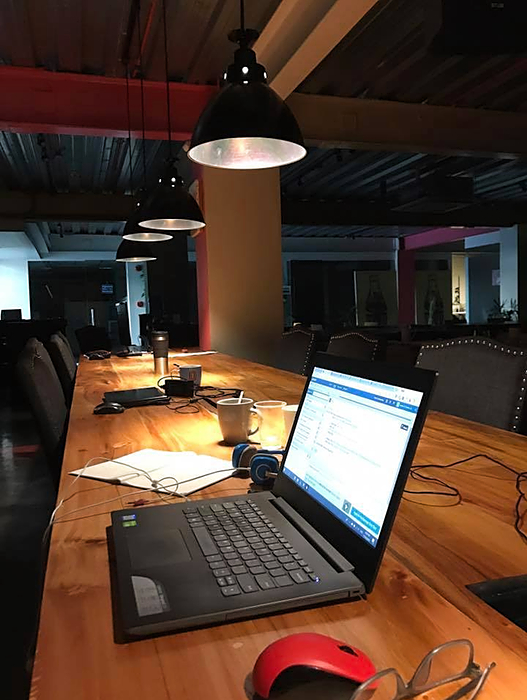 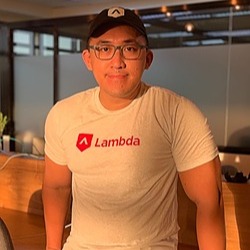 Our Student Journey
This blog post is long, long overdue!
If you've been following my blog series previously, you will recall that I first wrote about Lambda School in April of 2018 when my wife and I got accepted into their Full-Stack Web track.
To put it mildly, it was an incredible experience. But to be more accurate about it, it was a wild, and intense ride. 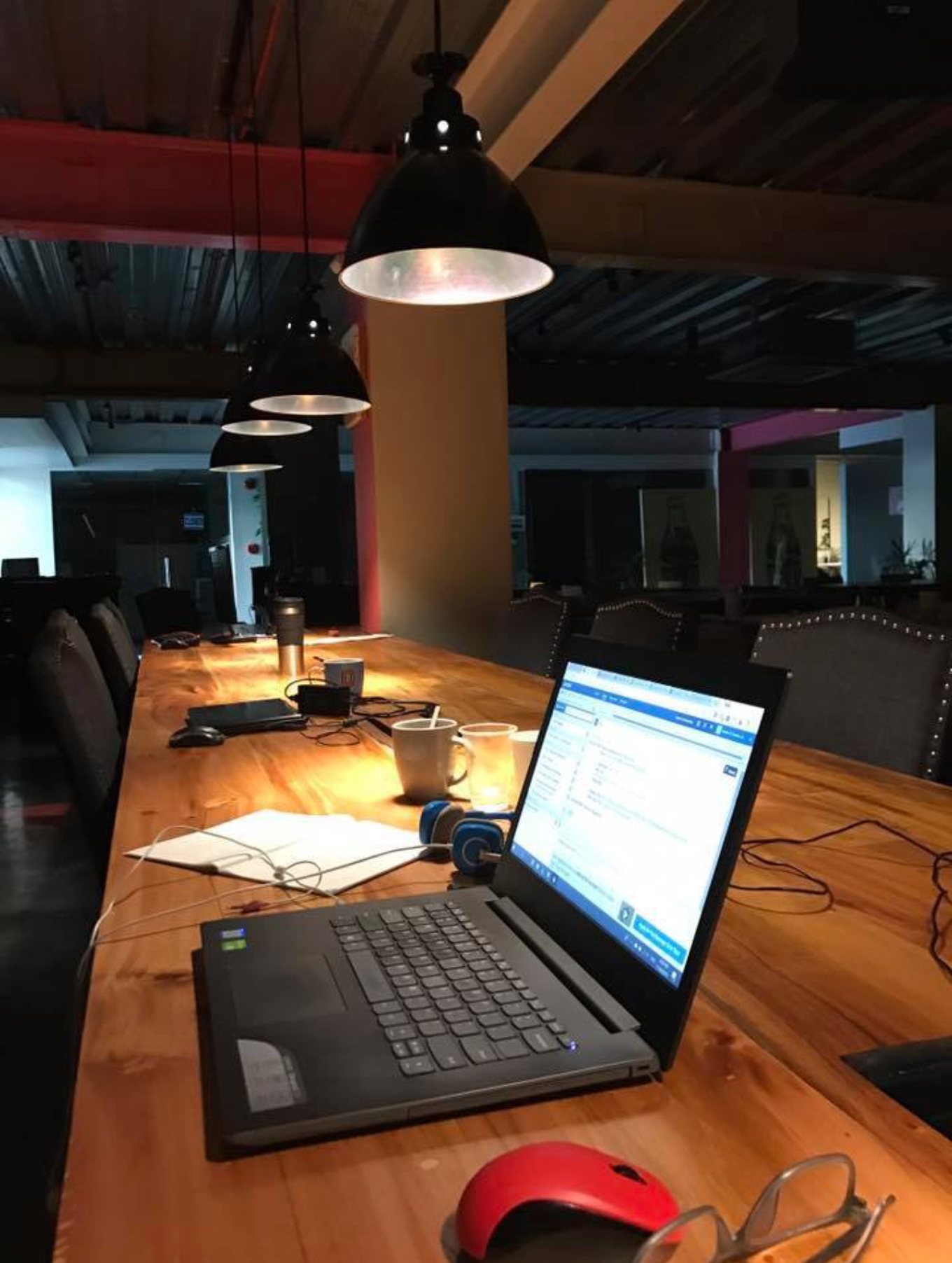 I then wrote more about Lambda here and here.
We started our journey by learning basic and advanced JavaScript, and then we moved on to React and Redux (among many others) in the Front-End, and then Node.js, Express, and MongoDB (among many others) in the Back-End.
And then came the proud moment when, as part of our first major project, we were actually able to Build a React Web App from scratch! It was a huge achievement on our part because we had virtually no programming background prior to Lambda.
I then wrote more about my experience here, wherein I advocated for Feynman’s principle that one of the best ways to learn how to code is to teach it. And then, quite uncharacteristic of me, I suddenly started writing about data and databases! I say “uncharacteristic” because I’m actually a fiction writer. I like writing short stories and creating characters, so it was quite a departure for me to gush about “MongoDB, Mongoose, and the Fun Thing That is Data”. The truth is, I really fell in love with MongoDB and how stuff in the back-end side of things worked.
And then came the day when I was able to finally ship my very first full-stack web application!
We then moved on to the Computer Science portion of our curriculum and on top of studying Data Structures and Algorithms, we also learned other languages like Python and C. Being the Janeite that I was, I Created a Super Old-School Text-Based Jane Austen Game Using Python. It was a lot of fun.
I then wrote about online security and waxed poetic with my mini-manifesto Text Editors (and Codes) Are Things of Beauty.
And then I suddenly stopped writing. What happened?
Well, only the craziest, unlikeliest thing.
A Crazy, Unlikely Thing
Lambda School offered me a job! I say “crazy” and “unlikely” because, well, the very idea was just so highly improbable (as to seem almost impossible) that I never even entertained it. But happen it did. And the main reason why it took me this long to write about it (I officially joined the company last November 26) is that everything was just so overwhelming and surreal for me. To this day, I’m still in disbelief. It still thrills me to say that I am now part of Lambda staff as a Student Success Coordinator.
In Lambda School, we have this tradition wherein our recently-hired alumni would share selfies of themselves with their job offers in one of our Slack channels, just to show to everyone that they’re proud of their achievement, and also to encourage the student body in general to keep on working hard to reach their ultimate goal of landing a Software Engineering, Data Science, or UX Design job. I’ve always dreamed of doing the same thing. I, too, wanted to share my selfie with everyone once I got a job after Lambda. But I never got to do it because I was hired early and students-turned-staff don’t normally do that. But, just so I could fulfill this dream of mine, and to show you how super proud I am of being part of Lambda, I’ll do it now. Here’s a selfie of me with my job offer:

Do you know what the first cool thing was that I received when I got hired? This:

My very own Lambda email! How awesome is that?
Being hired by Lambda is a dream come true for me on so many levels:
First, because I’ve long been a huge admirer of the school. I discovered it back in 2017 when it was just a fledgling startup. I found out about it through Y Combinator on Twitter. Second, because I’m a huge fan of Y Combinator, Paul Graham, Jessica Livingston, and Sam Altman. I’ve always admired, and have been drawn to, people who are super smart. That’s what drew me to Paul Graham in the first place. His essays were smart, elegant, and engaging. And that’s what led me to YC and the amazing founders behind it. Third, because Lambda School is a Silicon Valley-based company. I’ve always been mystified by anything related to Silicon Valley, in part because of pop culture and the fact that I’m an outsider looking in, and also because I’ve read biographies on Steve Jobs, Elon Musk, and the so-called PayPal Mafia. Fourth, because Lambda School is in Y Combinator’s list of Breakout Companies, which means they’re among the greatest companies to work for today, along with Stripe, Reddit, OpenAI, Flexport, Coinbase, Pinterest, Tinder, Airtable, and many others. Fifth, because Lambda School is one of YC’s top companies of 2019.
The Reason That Trumps All the Others
But the more important reason why this is a dream come true for me is this:
Because Lambda School is changing people’s lives for the better every single day. I should know because I’m one of those people. These are just some of the things that I’ll always be grateful for:
In the first place, it opened its door to my wife and me and gave us a chance to apply. The program was not open to non-US residents (i.e., the no-upfront-fee option was not available to international applicants). It only temporarily allowed international students to apply as an experiment. Second, it chose to accept us, invest in our education, and gave us the chance to prove ourselves. And that investment wasn’t cheap, either. If we had paid in full, it would’ve amounted to a little over a million, in Philippine Peso currency. Third, it gave us the opportunity to work with and learn from people from different geographical, educational, and cultural backgrounds. Fourth, it imparted knowledge and skills to us that made us valuable in the job market. And lastly, it helped us improve our technical, leadership, and interpersonal skills.
Life Saver
And then there was also this:

We were literally standing on the brink of poverty nearly 2/3 into the curriculum. One day, all we had left in our bank account was PHP 322.96. That’s $6.33. We didn’t know where to go to for financial support. It just so happened that around that time, Lambda was in the process of hiring Project Managers (what we now aptly call “Team Leads”) for the new sections that were starting that month. A friend of ours encouraged us to apply. And, because we wanted to boost our technical and professional competencies and skills, and also because we could use a bit of financial help, my wife and I decided to apply. Fortunately, we both got in! She was offered to lead a team in one of the newer cohorts, while I was offered the Section Lead position in a new job search support program that the school was piloting for its alumni at the time. So Lambda quite literally saved our lives.
I wish I could tell you more about how our PM hiring process went. We had a few interviews and they, too, were a lot of fun. But that will only make this article even longer, so I’ll skip it for now and write about it some other time.
Suffice it to say that we really enjoyed our experience as PM and SL. We met a lot of smart and skillful students and fellow PMs. It was a great privilege to work with, and learn from, them.
Then, around November, I was offered to join the staff. Of course, I more than readily accepted it!
Working for the school has been quite amazing so far. Every single day you get to meet a lot of super-smart, skilled, and talented people! Lambda only hires the very best and most exciting people to work with, so the kind of folks that I’ve had the pleasure of interacting with these past several months are some of the very best in their respective fields and areas of expertise. I learn every single day from them.
And, of course, this extends to non-staff, as well: Team Leads and Section Leads who are just brilliant in their own roles. It’s also a privilege to work with them.
And then there are the perks. There are so many, but my favorite is our stipend for Continuous Education, which just shows how much the company values the intellectual and professional development of its employees. I usually spend it on books. These are just some of the titles I’ve acquired so far:

The One Thing
The one thing, though, that really makes working for Lambda so fulfilling is the fact that it’s really helping people realize their dreams of landing a developer or designer job. Many of our graduates have already been hired by some of the world’s top tech companies: Amazon, Google, Twitter, Microsoft, IBM, Capital One, Cisco, eBay, Walmart, Divvy, Comcast, Wayfair, Podium, and many others. And we’re just getting started!
What’s Next
I’ll be celebrating my first year as a Coordinator in Lambda School next month, and in order to mark this occasion, I’ll be doing the following in the next few weeks:
Revisit the things I’ve studied as a student. That means re-learning the entire Full-Stack Web curriculum. I’m still enthralled by Feynman’s quote that in order to master something, one has to teach it. So that’s exactly what I’m going to do. Since I want to master Software Engineering, I’m going to go over JavaScript, React, Redux, Node.js, Express, Computer Science, and etc., once again and teach them to other people. As a Coordinator, I didn’t get to code a lot in my spare time, so I’m going to change that. My ultimate goal is to reach the point wherein I can actually create software and ship products on my own and with a team. I will vlog, write blog articles, and perhaps even create podcasts, about my experience and teach others how to code through those media. I will also volunteer to speak at conferences and tech events or meet-ups in my area.
So stay tuned for more stuff from me. 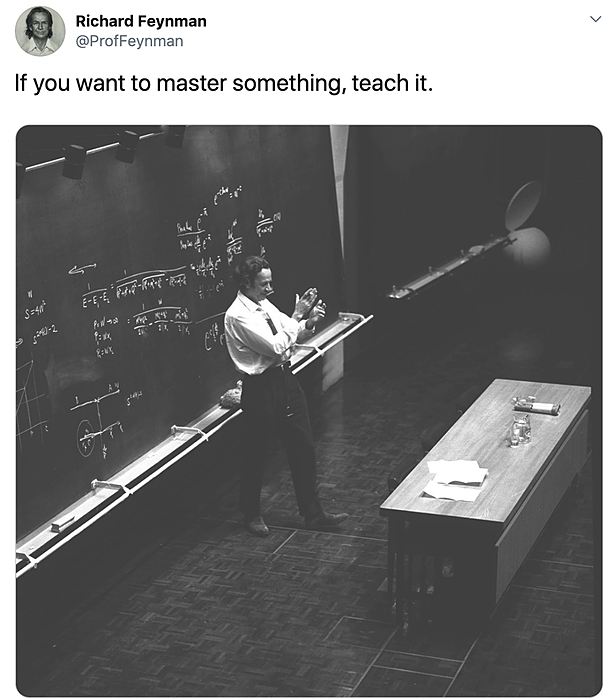