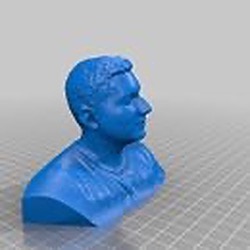 Writer, entrepreneur. Check me out at bigwidelogic.com

Two things made me start thinking about the current state of social media.

Both happened today. First, my daughter came in one morning crying that she couldn’t access her account on Tik Tok that had 315 views and 10 followers. She had used the wrong email and was upset she couldn’t get into this font of potential virality.

She wanted the power back. She was frustrated she couldn’t have it.

Second, I saw this sodden, slow-burn of a video at HQ where the hosts got drunk and told the world what they really felt. It was the perfect example of a social-media blowout in which reality intrudes in an environment engineered for eyeballs.

One host, Matt Richards asked a final question after an hour of drunken ranting.

“520 people are splitting $5. Send me your Venmo requests and I’ll send you your fraction of a penny.”

That end-of-Rome moment is now forever enshrined on YouTube, a funny video made using the dwindling resources of a business caught in catastrophic failure. Some of the moments will make great Slack GIFs in a few months, the rest will be forgotten.

Everyone in my daughter’s generation wants to go viral. She’s 11. She sees girls who have “better shoes” and Bath and Bodyworks stuff as her role models. She watches them go about their lives and longs for those lives.

Her most popular video was a copy of a “#SundayMorning” ritual involving her waking up, showing off her hair product, running the bath, and showing off her bathrobe. This sort of content is exactly what she and her cohort want. I think it’s a connection to a digital girl-fam that she probably doesn’t get in a home full of boys.

But I also wonder if her mundane Gen V TikToks aren’t a replacement for a time we all miss, a time of hanging out in the park with friends, sitting on stoops, getting into trouble. She only just now started going to friends’ houses and she sees different lives, lives that she might find better than hers or worse. But she’s interacting with those worlds in reality, not mediated through the screen. She’s only just now, a decade into her life, connecting with the physical after a childhood of the virtual.

My wife and I try to keep the kids off their devices as much as we can. It’s difficult but not impossible. But at some point a little girl is going to hole up in her room and dream about the things she’ll become by sizing up the world around her. What she sees is her screen.

I’m to blame. In the game of Am I the Asshole called parenting, I am definitely the asshole. But again, the media she consumes gives her a connection to everyday life that we can’t provide. She can’t go down the street to her friends house on a whim because, like her, all of her friends are headed out to swim class, dance recitals, and tutoring. The busy-ness of life has surpassed the business of living.

The Tik Tok impetus originally appeared in streaming services like Twitch. Watching another person play makes your own play time more interesting. Watching people talk to you via camera makes you feel like they like you. Twitch was a replacement for sitting next to your buddy on the floor and swapping the NES controller back and forth. And in a nod to virality, each of these Twitch streamers have a gimmick, a silly accent, or they off broad, open commentary that is easy for even the youngest kids to understand. It’s weaponized joy.

The future marches on, etc. and nostalgia gets us nowhere but I honestly think there should be a better way. The better way comes from non-scheduled playdates and free-range children, but I think we’re far past that now given it’s hard to find a suburb with sidewalks. I guess we’re stuck.

The real problem, I think, with Tik Tokking alone is that it will eventually lead to the intrusion of reality, just as it did on HQ. This means, quite simply, that the facade of nice shoes and good soap is broken when someone is upset or cries out for help or has an original thought. Using these platforms to spread these thoughts is problematic, especially since they are run either by disconnected man-boys or the Chinese government. Kids like my kids will miss the human connection made by smelling a friend’s foyer for the first time or spending the night in another friend’s spooky basement. My goal is for that not to happen, but in a world overrun by Gen V, it’s pretty hard.

Need to talk? Book me for a quick chat here https://www.vyte.in/johnbiggs or ping me @ john@biggs.cc

How To Work From Home