The 10x value isn't all originating from the engineer, though 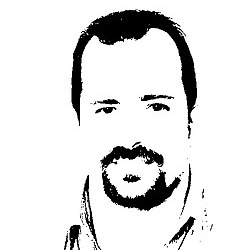 There's been a lot of discussion on Twitter recently about so-called 10x engineers.
Here's the tweet that started it all:

Just to make sure you’re on the same page: a 10x engineer supposedly provides extraordinary value to their team and organization.
Now, this has resulted in dozens of jokes, memes, people wondering if these engineers also incur 10x technical debt and so on.
The general idea is, you don't want to work with someone like that.

But these are not 10x engineers.

These are exactly as described: toxic jerks. And there's a huge difference between the two of them.
Sure, toxic jerks might self-promote their way to being perceived as a 10x engineer, but I doubt they will ever provide 10x value to their team or organization.
In what kind of organization would that behavior ever provide a 10x value? What kind of organization even enables such people to thrive? (Politics, maybe? ;-))
I do understand that if you've never worked with a 10x engineer, or if you believe they don't exist, you may mistake this person as one.
And yes, I've worked with these toxic jerks and of course, I agree that you want to avoid them. They can provide value in some edge cases, but I’d rather not have them around.

Fortunately, I've also worked with what I regard as true 10x engineers.

And I’m not the only one.

Whether they provide “10x” value is another discussion. Let's assume for now that they are very valuable to their team and organization.
And how do they do that? Well, these engineers have a combination of the following traits:
This is by no means a complete list; it only contains what I remember from the “10x” people I've worked with. Just to be honest, none of them possess all those traits and some can be a bit of a jerk from time to time but never in a major toxic way. Like most of us, right?
Note: there are a lot of soft skills in this list, but they are still engineers, and their excellent tech skills remain their biggest asset.

The 10x value isn't all originating from the engineer, though.

The culture of the organization and the environment they're working in play a major role too.
Going from a noisy open-plan office to having a couple of distraction-free hours a day might already “2x” your entire team. Unfortunately, I've seldom met a non-tech manager who believes strongly enough to actually take action.
You know, those engineers you see with their headphones on? It's not because they like music so much; it’s because the music is less distracting than the office noise.

Now, how do you recognize these 10x engineers?

Well, in my experience, the direct colleagues and managers know, but the rest of the organization usually doesn't.
It has taken me weeks or even months to realize a person I've been working with belongs in this category. It's not that they fly under the radar or keep a low profile, but self-promotion isn't on top of their list. It's also possible I'm a bit slow at recognizing such things.
Sometimes, I have suspected people to be 10x much sooner... in a matter of days or even hours. But these have almost always turned out to be self-promoters of the toxic jerk variety.
So no, there are no rules or tricks. It’s the same as finding out if you like working or living with someone. Maybe you've got a gut-feeling, but it will take some time and going through tough and stressful situations together before you know for sure.

Would it be possible to nurture engineers to 10x level?

Well, I’m sure you can, up to a certain level and with proper coaching.
What I'd do is provide a “10x nest” with an optimal culture and environment to attract, nurture and retain 10x engineers.
Yes, I know that sounds mushy, but there's a shortage of good engineers. Instead of hiring additional ones, what if you tried to optimize for the ones you've got?
Providing a good environment and culture might attract more talent if needed, as 10x engineers often have other 10x engineers among their friends. Birds of a feather flock together, so why not let them flock to your 10x nest?
But be careful that you don’t end up with a toxic clique!
Have you worked with 10x engineers? Or do you only know toxic jerks impersonating as such?
Don't hesitate to reach out! Sign up here to stay up-to-date on my writings.