These Industries Are Putting Marginalized Voices Ahead in 2021 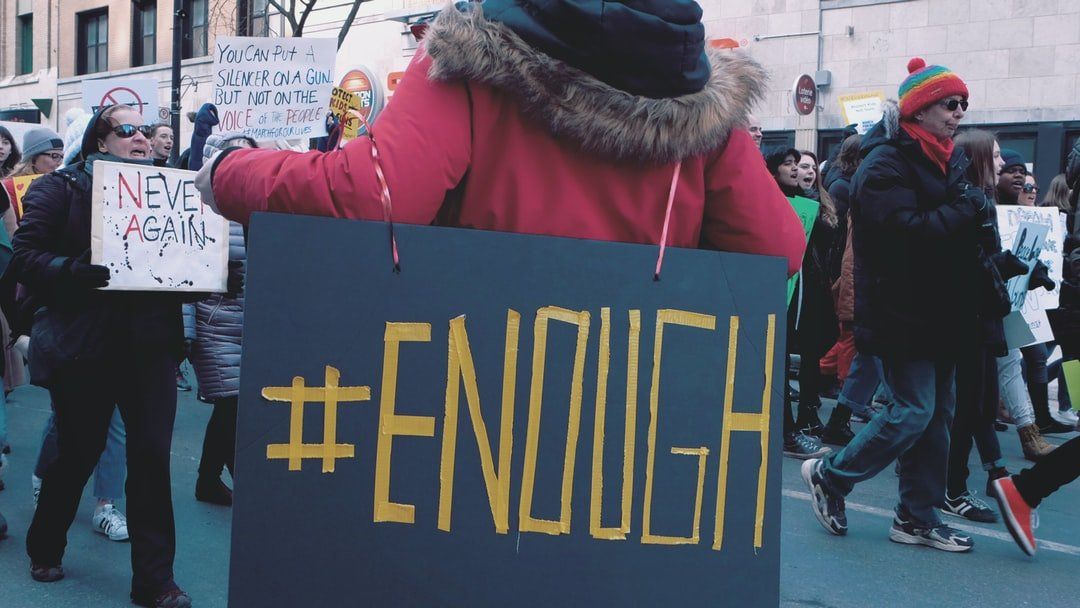 Even after the 2020 U.S. Presidential Election came to what most would believe to be an end, the ongoing legal drama in which the Trump Campaign is refusing to concede the already decided Electoral College votes to President Elect Joe Biden and Vice President-Elect Kamala Harris’ victory.

Harris, both the first woman of color, Black and Indian descent, on a major party ticket, is now the first woman in U.S. history to serve as vice president. As Vice President-Elect, she is the embodiment of black and brown America. Her celebration speech certainly gave hope to those marginalized voices speaking out for the inclusion of Black, Indigenous, People of Color (BIPOC), Women, and LGTBQIA.

Throughout the campaign, Harris has repeatedly expressed her support for criminal law reform and the Black Lives Matter (BLM) movement:

“Nothing that we have achieved that has been about progress, in particular around civil rights, has come without a fight, and so I always am going to interpret these protests as an essential component of evolution in our country — as an essential component or mark of a real democracy,” Harris said in an interview conducted back in September during the NAACP’s national annual convention.

The next round of change, we can hope to see, is the increased funding of Black women startups, who all lead the pack when it comes to being marginalized.

Currently, these startups receive 0.2% of all funding. Women of color represent 39% of the total female population in the U.S., but only account for 89% of the net new women-owned businesses per day (1.625) over the past year, according to Forbes.

While the number of women-owned businesses grew 21% from 2014 to 2019, firms owned by women of color grew an astounding 43%, and African American women-owned firms grew even faster at 50%.

Will we see those voices silenced, finally heard?

Will we see actresses like Gal Gadot continue to rise above bullying for having a lead role in a historical adaptation of Cleopatra?

How about the rise of tech accelerators which help provide the mechanism for BIPOC, women, and other marginalized voices to be heard?

#1. The Future of Entertainment

Back in September, news broke at TechCrunch’s Disrupt conference that film director Ron Howard, film producer Brian Grazer, and CEO Tyler Mitchell were launching their own accelerator which they hope will help diversify Hollywood.

Grazer, whose work you know well (“Apollo 13,” “A Beautiful Mind,” and Netflix’s “Hillbilly Elegy,” took conference attendees back 25 years on what the entertainment and film industry used to look like--an opaque system where original writers struggled to penetrate the industry. The accelerator aims to provide a scalable system for evaluating 2,000 script submissions each week.

Impact Creative Systems, the startup accelerator, comes from Imagine Entertainment, the production company founded by Howard and Grazer. “We were able to build a system that leverages both technology as well as expert systems evaluating not just the writers, but the readers--almost like financial analysts--and try to come up with metrics in a world where there aren’t stats,” the accelerator’s CEO, Tyler Mitchell says.

In a statement, Mitchell also highlighted that in Impact’s first cohort of 87 writers, 39% were BIPOC, 10% were LGBTQ and it was split 50-50 between men and women, with 11 different countries represented.

“How can we create an opportunity to have access to the epicenter of employment in the media business, which is Hollywood?’ Grazer presented. Howard followed up by emphasizing that the diversity they hope to create comes from “fresh new voices” with “no statistical goals or agendas in mind--it’s just beginning in a really honest way.”

This is only the beginning to a series of changes Hollywood is making, as other endeavors have recently launched--Christian Dior Parfums project, Dior Stands With Women, in partnership with Charlize Theron Africa Outreach Project (CTAOP), to support young scholarships for leaders of tomorrow; Justin Bieber and Arianna Grande’s ‘Stuck With U’ Mother’s Day music video incorporating “all the moms and 1 special dad;” and ‘13 Reasons Why’ star, Mark Pellegrino and internet attorney, Andrew Rossow’s announcement of their new anti-cyberbullying program, ‘The Guardian Project.’

In an unprecedented announcement this week, Warner Bros. revealed it would be sending 17 films, including The Matrix 4, The Suicide Squad, and Dune to HBO Max for 31 days--the same day it hits theatres. This comes after the studio previously announced that Wonder Woman 1984 would also be going to HBO Max on December 25.

The studio's 2021 slate includes projects such as The Suicide Squad, The Matrix 4,  Dune, Godzilla vs. Kong and Space Jam: A New Legacy. Other films include Little Things, Judas and the Black Messiah, Tom & Jerry, Mortal Kombat, Those Who Wish Me Dead, The Conjuring: The Devil Made Me Do It, In The Heights, Reminiscence, Malignant, The Many Saints of Newark, King Richard and Cry Macho.

“This hybrid exhibition model enables us to best support our films, creative partners and moviegoing in general throughout 2021,” said Warner Bros. Pictures Group chairman Toby Emmerich. “We have a fantastic, wide-ranging slate of titles from talented and visionary filmmakers next year, and we’re excited to be able get these movies in front of audiences around the world. And, as always, we’ll support all of our releases with innovative and robust marketing campaigns for their theatrical debuts, while highlighting this unique opportunity to see our films domestically via HBO Max as well.”

Despite the ongoing presence of COVID-19, tech accelerators have thankfully provided the blood to many organizations who have dedicated its time and resources to putting people to work and helping fund those suffering from the global pandemic.

Since 2013, one Florida tech accelerator has supported more than 300 tech startups, thanks to grant funding from the U.S. Economic Development Administration (EDA) and the U.S. Small Business Administration (SBA), as well as support from many corporate partners including Bank of America, Florida Blue, Tampa Bay Rays, among others. Tampa Bay Wave, a 501(c)(3) nonprofit out of Tampa, Florida, that is on a continuing mission to turn the Tampa Bay area into a nationally recognized tech hub--specifically cybersecurity and medtech.

The accelerator helps entrepreneurs build, launch, and grow tech businesses throughout Tampa Bay and beyond through its nationally-recognized TechDiversity Accelerator—designed for early-stage tech companies that are 51% owned, controlled, and operated by a minority; woman; veteran; LGTBQIA person, or combination thereof.

It is funded by JPMorgan Chase and The Nielsen Foundation—a private foundation that enhances the use of data by the social sector to reduce discrimination, ease global hunger, promote effective education, and build strong leadership. The nonprofit also receives support from corporate partners including Bank of America, Florida Blue, Tampa Bay Rays, among others.

The company’s newest program, the CyberTech|X Accelerator has the support of local cybersecurity giants, including KnowBe4, A-LIGN, Cyber Florida, and the University of South Florida Muma College of Business.

The company’s CEO and co-founder, Erik Maltais signed an agreement with the University of South Florida Health back in March, to test the efficacy of Medoptic’s technology, while also teaching it to USFH students, according to the Tampa Bay Business Journal. And as it’s been pointed out, timing is most definitely on Maltais’ side, as much as it can be during a pandemic.

"I've realized throughout life, anytime everybody is watching the same moment in time — like 9/11, Pearl Harbor, the 2008 crisis — every eyeball in the world is on that moment," Maltais said. "When that happens, change happens."

Telehealth will most certainly change post-COVID-19, as it already has, beginning with new guidelines for health care providers to utilize audio or video communication technology to provide telehealth to patients during COVID-19, without violating HIPAA rules.

The innovation hub works with teens, tech innovators, and other experts is helping spur the development of digital wellbeing by investing in tech that will meaningfully benefit teens as they grow up.

Specifically, the accelerator is calling for applications that are specifically tech inclusive and relevant to teens of color, LGBTQ+ teens, and teen girls. These innovations are centered around the social media world and online communities, which are prime examples of technologies that need serious redesign when it comes to diverse thinking and protecting against hate speech on marginalized groups.

Out of 93 total applicants, nearly 60% identified as female or non-binary, and nearly 50% of the applicants identified as people of color. From this pool of applicants, Headstream pushed out a cohort of 15 Innovators, primarily filled by women, with people of color making up nearly half of the group. The final group of Innovators include young people and entrepreneurs from multiple countries and backgrounds.

"We are proud and excited to launch the Headstream Accelerator 2 on the heels of the major impacts and successes we saw with the first accelerator. Through the Headstream Accelerator, we will actively support entrepreneurs who haven't traditionally had access to innovation accelerators or capital. We encourage all applicants to apply, regardless of race, gender, sexual orientation, age, ethnicity, religion, physical or mental ability, or identity," said SecondMuse's David Ball, Manager, Headstream.

"We acknowledge the systemic, institutional, and psychological barriers that exist for women and people of color in the technology sector, and we are taking a stand to bring underrepresented voices to the forefront to support young people with the technology they need as they grow up."

Related Stories
Subject Matter
Contact us for Digital Product Development by @AWH
#promoted
What Does the Future of Human Resources Look Like for Tech in a Post-COVID-19 Era? by @cyberguyesq
#human-resources
The Rollerball Cryptocurrency Hypothesis by @atrigueiro
#cryptocurrency
What Is Keyword Foraging and How Can You Use It For Better Search Results? by @chgd
#search-engine
Reviewing The Font:   Pacifico & Tips on How To Use It by @huashu
#fonts
What Are Progressive Web Apps? by @anand-mahajan
#progressive-web-apps
How I Used Blitz JS To Take My Pet Project Into Production by @codechem
#mvp