The Species Which Blends Atoms and Bits 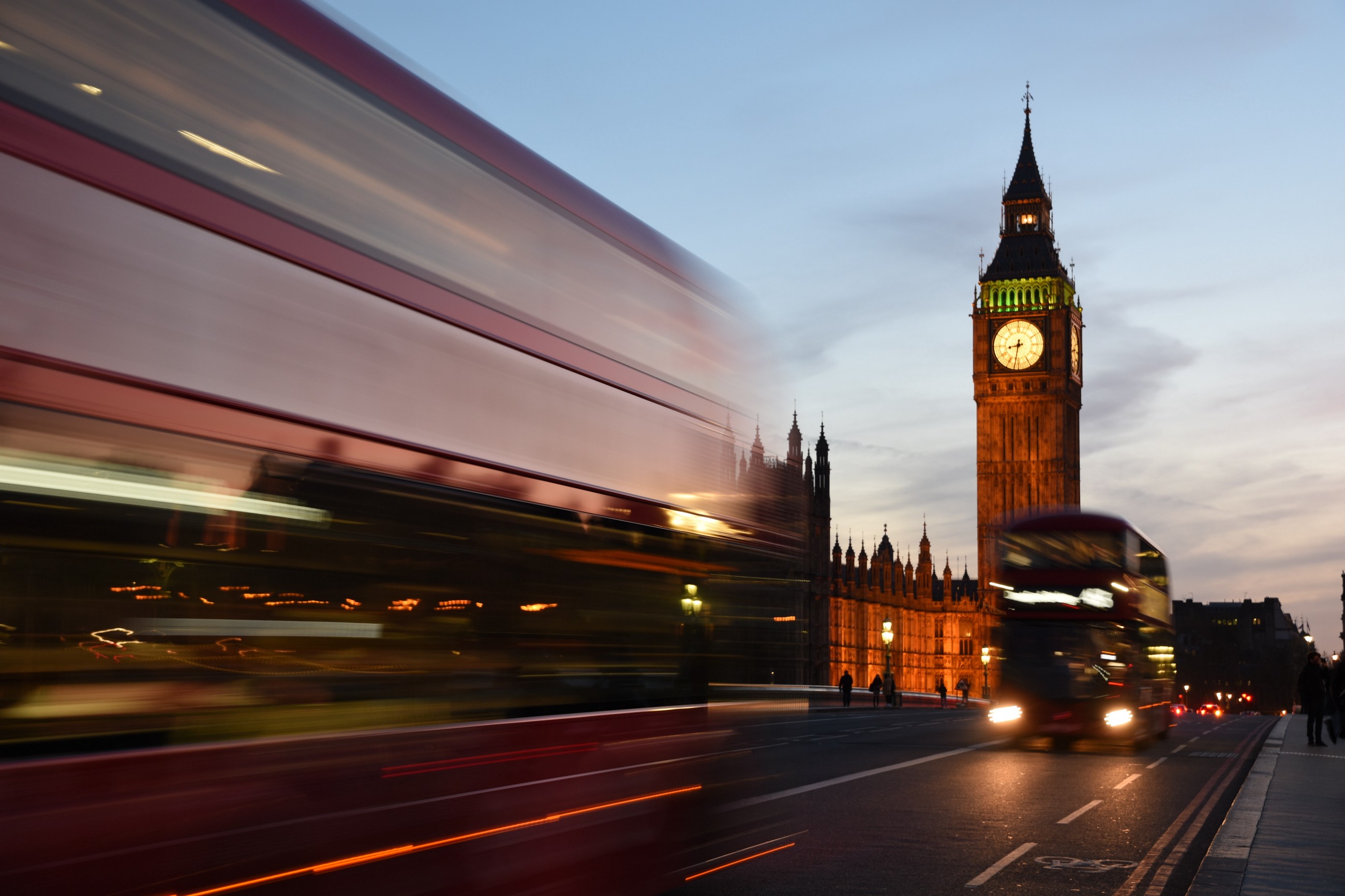 As a student demystifying Electrical Engineering at UCL, I started to make myself a living in London. Lovely city. Amazing streets and views. Cool people. To sum it up:

Hands down the craziest period in my whole life.

The city, among other fancy places on Earth, embodies civilisation’s most refined perception of urban life.

I have an analytical mind and I can’t stop my brain from constantly observing the environment in its most subtle composition. And when the medium changes from a Romanian town to a metropolis, shi(f)t happens (apparently).

Moreover, I can’t seem to find the the pause button for the series of future predictions which inherently pop out in my head. Personality bug.

I love empirical experiments, therefore I share both these observations and predictions with you.

A significant portion of the population is in a fantastic physical condition, despite the overwhelming number of fast food joints. And I bet it’s not thanks to other organic, freshly prepared today players in the market.

We love to relate our lives to time and when other ~9 million folks fiddle around, you kinda have to hurry up. Why? The astronomical density makes love with the gargantuan demand. Hence the offspring is pretty much a fine musical.

Play Bach in the background and voilà, the morning scene transcends into pure art. Yet, there’s more than that. For every Forest I see on the street, a tiny bit of confidence is streamed towards my forecast of a time-driven, moneyless future world.

All of those hurried individuals must be doing something, right?

They produce. Information, in both the digital and the physical world. A lot.

Don’t get me wrong, I’m a technophile and I couldn’t be more grateful for the current libertarian attitude towards the spread of news and data (libertarianish, at least).

But man, our organic computational power can’t simply digest every single bit of information out there! And I’m polite when I put it that way.

Ironically, by writing this article, I only added up another item in the world’s first Himalayan basket of information. You can hate me for that and that’s fine, but think twice the next time you post on social media, as your pretty Friday night pictures are still bits at the core.

A large set of 0’s and 1’s is, however, just an abstract problem for Earth’s average inhabitant. How do you deal with a massive supply of physical products?

Although I find the current industrial bonanza a natural, logical conclusion of our past, calling its growth stratospherical would be a blunt lie. You don’t need a degree in data sciences to realise that wastage nowadays is huge.

Stores of any kind want their shelves fully stacked with products to impress customers, imbuing a psychological sensation which makes you believe you’re buying from a trusted source, where many others do too. Therefore, the following question just begs to be asked:

Why couldn’t we simply have the exact amount of products for customers, on demand and when necessary?

Think of discounts and clearance sales. Apart from their role as a marketing tool, their primary goal is to sell as much as possible from what’s left before the products either expire or lose their intrinsic value.

It might sound utopian, yet in theory we could assess with high accuracy the number of customers who will visit a specific supermarket using big data and machine learning.

Consequently, we’d create a smarter ecosystem. Our planet would smile upon the lowered level of wastage, while retailers would increase their profits by cutting the unnecessary costs.

On a pragmatical level, what would you need to solve the aforementioned issues? Creative minds forging state-of-the-art technology and a startup framework to make it real, perhaps?

It’s surely a bold statement, but I think the last millennials train will leave the station soon, leaving room for startuperians to loom.

Entrepreneurs are just around the corner nowadays. Especially at networking events or meet-ups, although, surprisingly, universities are also in for the game. I’m really impressed with the multitude of peers I’ve met at UCL who openly stated they want to kickstart their own project at some point in the future.

Conversely, working from time to time as a freelancer made me hate the idea of equity, in a way. If I had accepted all the Let’s be cofounders proposals, I should’ve owned a two-digit figure of companies and, presumably, I would’ve been expected to be dedicated 24/7 for every single one of them.

However, the preceding paragraph only suggests there’s a fantastic number of contemporaneous ambitious people. And that’s amazing! It doesn’t matter I didn’t believe in those specific ideas I encountered, I strongly encourage the movement because:

Startuperians, with all of their flaws, aim just to bring a positive change to human life.

I can’t know for sure if they emerged thanks to the rise of the Internet or the population growth - I assume it’s a mix of the two - but the bottom line is that an increasing number of well-intended smart individuals working in a team and developing futuristic projects sounds like badass evolution.

Of course, not exactly how Darwin envisioned it, although I’m sure he’d have been a startuperian, had he been part of our generation.

Amidst the previously scrutinised capitalism storm, an extraterrestrial observer would be prone to believe there are just so many entrepreneurial opportunities out there (October 2017, at the time of writing). However, just as Schrödinger’s cat, his assumption is both dead and alive at the same time.

The document published by physicist Jonathan Huebner back in 2005 depicts a rather dismal future, where innovation ceases to exist. I honestly believe the graph and its implications should be taught in every school.

A general lack of innovation might propel humanity to a deeply logical level and enhance past inventions and discoveries.

This is exactly as current is the absence of electrons, or when an empty cup isn’t actually an empty cup, rather just filled with air.

Maybe we’ll stop investing millions in research and the spotlight will shift on doing, as we reached level cap of rearranging history information in a different order (what an idea is). Who will care if marvelous discoveries won’t continue to pop up over night in 100 years from now, as long as, for instance, we’ll become an interstellar species? The list can go on.

Also, from a startuperian point of view, the chart is gold, mostly due to its subtleness; it hums an idea and you have to listen carefully.

On Earth, starting with ~2010, real, tough problems of modern life were already solved. Our duty since then is to optimize existing solutions.

Being an ample, alluring topic, I’ll hopefully be able to dedicate a full article about it. In the meantime, just have a look at Operator, Nimses and IOTA.

Here comes the fun part. Every single chapter of this article paved a way towards this singularity.

To combat the mountains of information, ideas, products and services in the following decades, we’ll have to operate at macro levels. Sadly, the human genome doesn’t include celestial features at birth. Not even as an opt-in or if you’re a mason’s child. Therefore, we’ll have to crack it.

We understand innovation diminishes slowly and that’s why we’ll become practical beings: a couple of nanobots flowing through the body and maybe a little bit of extra processing power? Oh, and consider an extra 10 years of life, which you’ll be able to purchase from the local drug store.

There’s one key word here: cyborgs. I know, it might sound as pure sci-fi, but this is what it means to blend atoms with bits: a merger between humans and computers. We’re really not that far away from the point when it’s all mainstream.

If you’re thinking to dodge it, too bad. It’s unavoidable, because otherwise we’ll either fall under own weight or the planet will get rid of us. Don’t you think she’ll eventually get tired of itchy, disrespectful and climate-changing inhabitants?

Closely related to the singularity of atoms and bits is Homo Deus, which is an infallible piece of art. Harari is a fantastic storyteller and the way he describes immortality, AI and their intricacies will turn your perception of life upside down.

London is, indeed, a magical place to brainstorm on appealing topics and inspect flaws in humanity. It’s also an aesthetic extension of our species and I’m happy to breathe, study and work here.

Thank you for reading. Here are some cookies for you!

If you enjoyed this article, would you mind to clap it or share it? It’d be greatly appreciated ✌️

Currently a student, cryptocurrency enthusiast and self-taught software engineer. Find me on Twitter or Keybase if you want to chat.