The battle between metaverses: Who will take the lead in the virtual world? 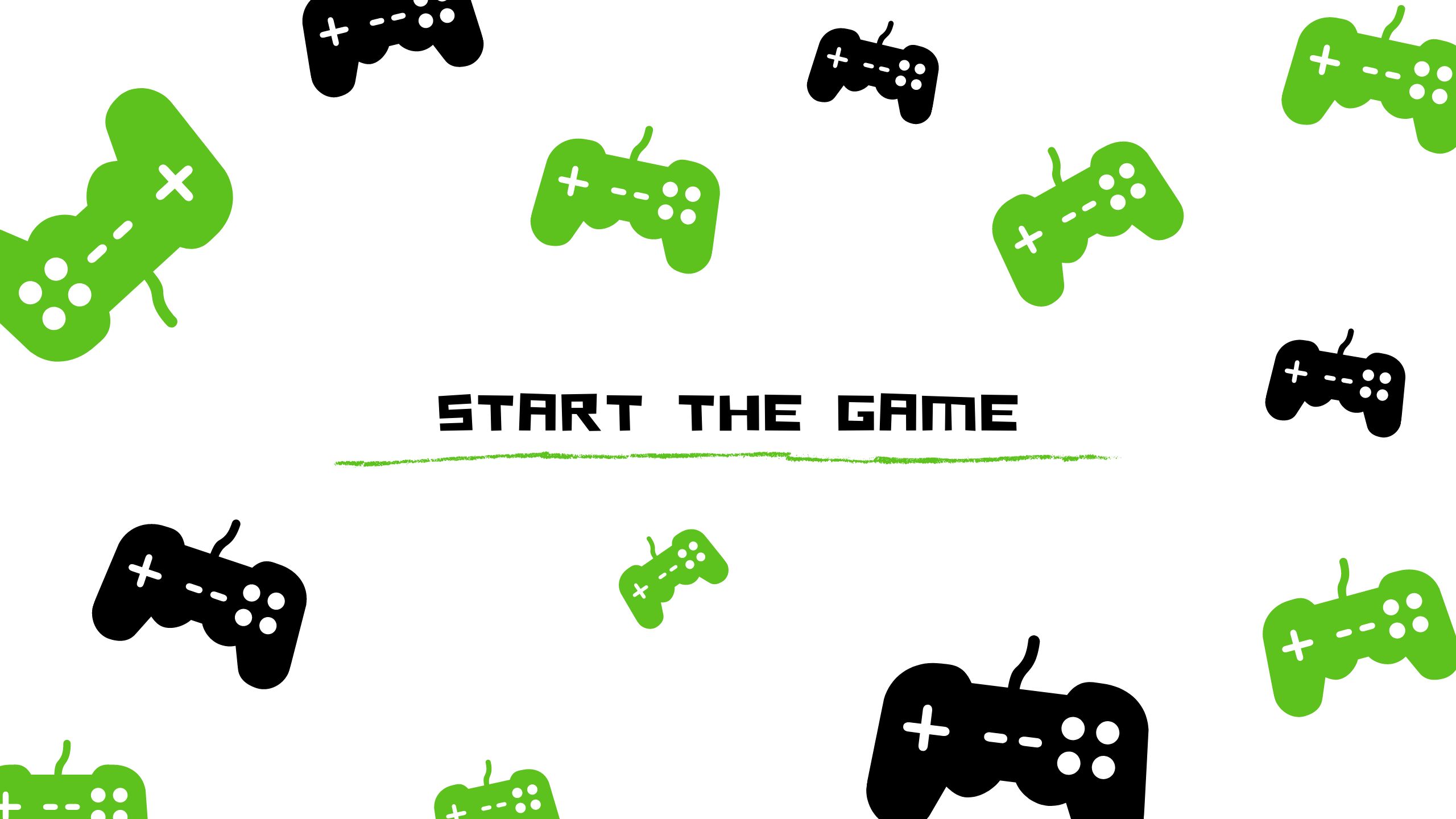 At a time when, due to the pandemic caused by the coronavirus, social distancing restrictions are the daily bread on any part of the planet, virtual real estate can become a more attractive prospect than reality itself.

In this new reality, the video game industry and Blockchain technology supported in the transfer of value through cryptocurrencies, seem to take the lead in developing intense emotions that allow recreation during times of confinement.

Faced with growing demand, there is a set of platforms that are waging a silent battle to dominate the scene within the decentralized gaming field, those that allow their users to have total control of their actions within a surreal universe parallel to the reality that we live.

It is worth highlighting the successful development of three blockchain platforms focused on creating the best metaverse for players, developers and even merchants of tokenized assets to converge in a universe protected by the creativity of its creators and the power of Blockchain technology: The Sandbox, Decentraland and Enjin. 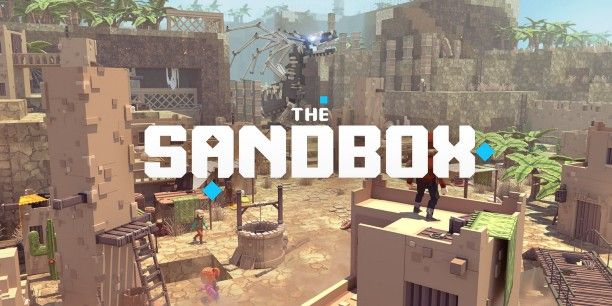 The Sandbox is a game based on the public Ethereum blockchain that allows a Metaverse where players can play, rent virtual properties "LAND", develop their own creations and spend ERC-20 tokens in the game, SAND, creating a marketplace the only one that monetizes your creativity and skills on the platform.

Its strong emphasis on decentralization, a key idea of ​​cryptocurrencies, allows the use of its native token SAND in the game to implement its five functionalities: buy, trade, play, create and govern.

The platform is an example of a combination of two technologies that, in the first instance, seem to be unrelated: Virtual Reality and Blockchain. However, this crossover will allow players to acquire a limited supply of virtual land, LAND, which is one of the most attractive assets in the game.

The Sandbox uses the power of non-fungible tokens to benefit ownership, digital scarcity and interoperability in the monetization of content developed within its metaverse, through a powerful Voxedit graphic editor that allows, together with its Game Maker, to generate content Powerful graphic for all tastes, for free and without the need for programming knowledge: everything is without code.

In addition to the ease of use of its tools to create games within its metaverse, Game Maker and Game Client are available on PC and Mac, in addition to its beta version planned for this year on mobile platforms, according to its roadmap. Without a doubt, a great advantage compared to other similar platforms, to bring the adoption of Blockchain technology games to the masses.

The platform announced the launch of its “Pre Season 0” for this first quarter of the year, introducing an event for players to become familiar with the first public alpha version of Sandbox Metaverse and its Play-to-Earn system. 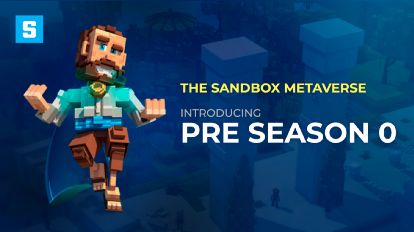 For now, according to company spokesmen, up to 100,000 registrations have been received to receive notifications when Pre Season 0 is officially launched, through the link provided for registration.

Games in development supported by the Game Creator Fund are expected to be available for Pre-Season 0, a list that includes some 40 available titles created by 17 development teams and game studios, including Planet Riff, Hack The Thao, Dethrone, Viking Fjord, among others.

As part of the enhancements to this platform, The Sandbox development team is working with the Enjin team to implement ERC-1155 in the game. 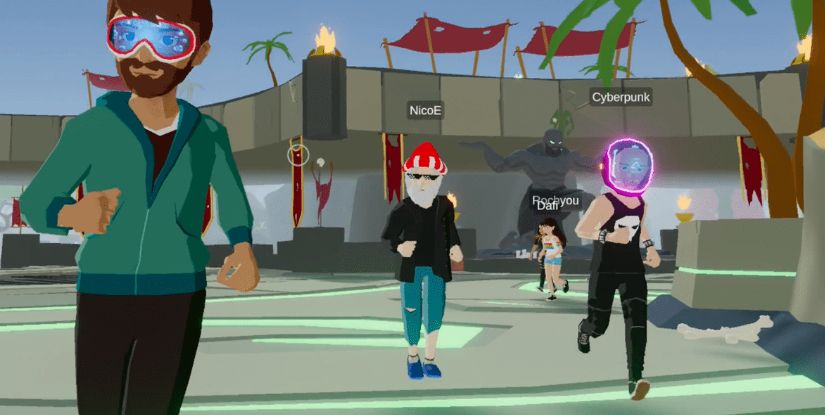 It was the first virtual world based on Ethereum where users managed to create, experiment and monetize their content and applications.

Similar to The Sandbox, this platform is not controlled by any central entity or company. It is a decentralized virtual reality world that allows you to monetize the content created through tools such as the simple Builder tool and some SDKs for the more experienced.

Unlike other platforms, Decentraland is not a game designed to run on multiple platforms or mobile devices, and the creation of applications and content within its metaverse is for users with experience in developing graphic content.

This Metaverse however, enjoys respect within the Blockchain community, to the point that it hosts some games from independent companies (like Matic and Decentral Games) and online events within its virtual lands of great renown within the ecosystem.

In Decentraland, there are three types of tokens that form a kind of real estate market: MANA (the money), WEAR (wearables and articles), and LAND or “land” (the real accessory with all the layers).

MANA is the currency of Decentraland. With it, you can buy or rent parcels of virtual land, known as LAND, which work through a smart contract based on the ERC-721 standard that is approved and stored in the blockchain.

For now, Decentraland is only based on the ERC-721 standard, unlike its competitor The Sandbox, which uses both this type of tokens and ERC-1155.

One of the great achievements of Decentraland has been to demonstrate the useful cases that this type of platform can have in special real-life situations, as could be observed during the Coinfest Conference held at the height of the pandemic in the digital realm. 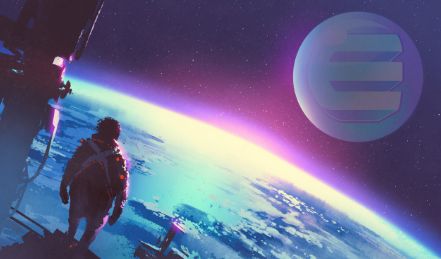 The Enjin team tools focus on the development, management, distribution, and integration of blockchain assets, specifically in games.

Enjin, unlike its competitors, strives to drive the adoption of Blockchain technology through a simple ecosystem for developers who focus on producing content for any type of platform, be it PC or mobile.

The team itself represents a decentralized nature. The members are from various countries around the world. Enjin started operations in 2009 and has created over 52 million blockchain assets so far. They collaborate with big names in the gaming industry like Samsung, Unity, Godot, and BGA to develop more tools focused on the gaming community.

Enjin offers a robust platform for software developers interested in the gaming industry. The game development platform has all the necessary tools for the development of games based on blockchain technology.

As if that were not enough, Enjin became the first metaverse to adopt and publish the first version of ERC-1155, it co-created with The Sandbox and Horizon Games. ERC-1155 is considered the most innovative standard token that anyone can use to efficiently mint fungible “ERC-20” tokens and non-tokens fungibles «NFT».

One of the benefits of using ERC-1155 in any app or game is that developers once integrate one ERC-1155 asset, it requires really little effort to integrate another one. This process is used across the Gaming Multiverse by Enjin Coin, in some blockchain games.

Enjin allows interaction through its native Enjin wallet, considered one of the most versatile mobile wallets in the ecosystem, even adopted by Samsung.

Enjin recently announced that its platform will be free and that the only associated cost to mint assets within its ecosystem is the use of its native ENJ currency involved in the process, something that could give it a new dimension within the metaverses available to monetize content. given the disadvantage it had in this regard compared to its previous competitors.

The platform has an extensive catalog of games to develop skills and monetize content, as well as important alliances with established players in the traditional video game industry.

Its EnjinX browser is another of its star products, which allows it to differentiate itself from the rest of the other metaverse, thanks to its ease of use to find topics related to transactions, projects, assets and the recently mastered marketplace.