The Robots Cometh: The Age of Bots has Arrived 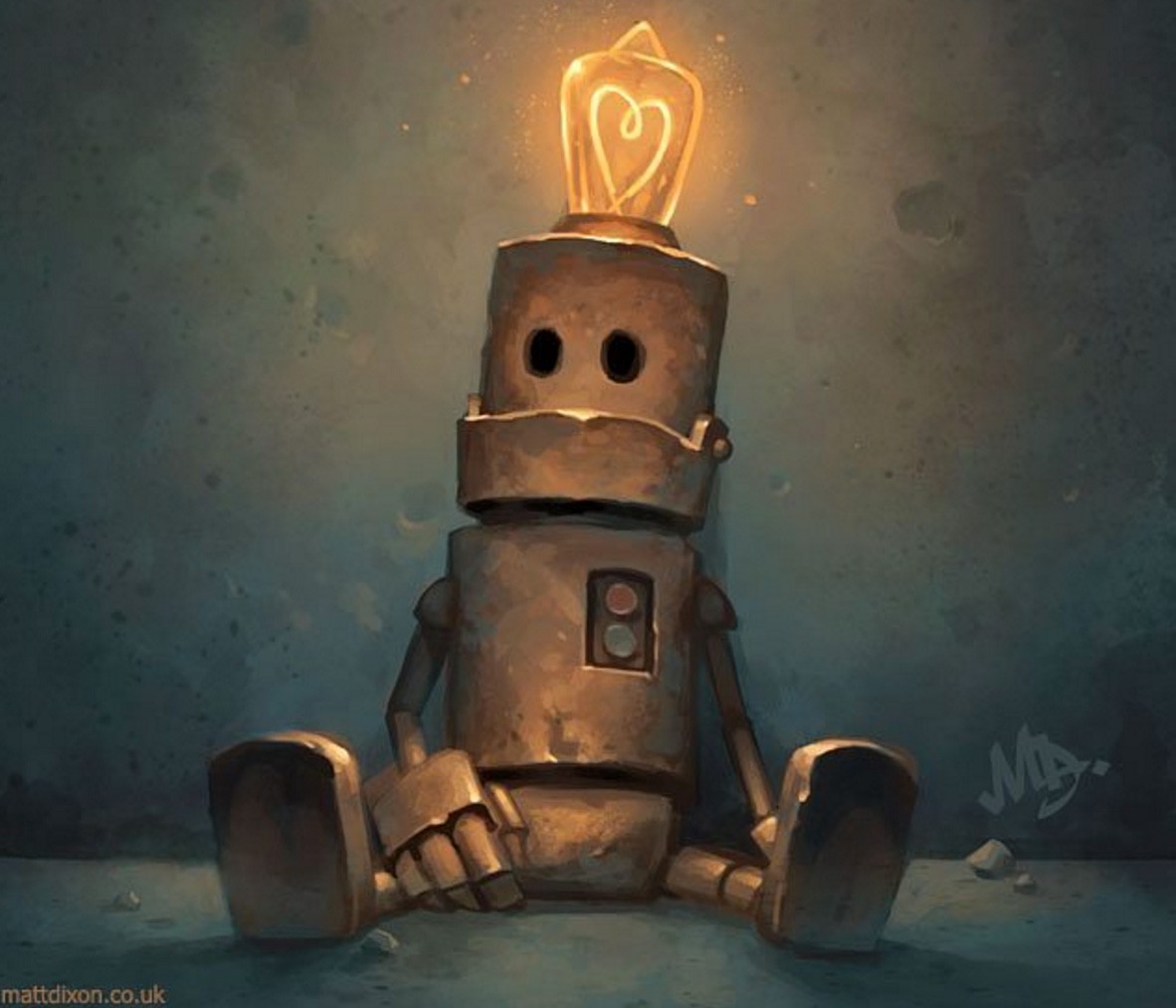 The future will be automated

The age of the bot has begun. We just have barely begun to notice.

It’s only been 10 years, and smartphones have fundamentally changed our world, the bot revolution will come quicker, and have an even greater impact.

The bots cometh in all shapes and sizes, hardware and software, automations, AI and robot friend and foe. But most likely our most common interaction with them in the very near future will be in the form of messenger/personal assistant and customer service bots.

The history of bots can really be traced backs to the 60s to MIT, when Joseph Weizenbaum wrote ELIZA, a textbot, based on very simple pattern recognition, that would respond in way a therapist would, by throwing questions back at you and with answers such as “How does that make you feel?” ELIZA, became immensely popular and had a huge influence on a number of early computer games. But Weizenbaum was troubled by people’s reaction. He intended ELIZA to be a mere parody of human conversation, yet suddenly users were confiding their deepest thoughts to it, and soon became a detractor.
Chat with ElIZA here: http://nlp-addiction.com/eliza/
Eliza chats with Siri: https://www.reddit.com/r/retrobattlestations/comments/1miydk/i_was_able_to_get_siri_to_communicate_with_eliza/

A.L.I.C.E. (Artificial Linguistic Internet Computer Entity), inspired by ELIZA, became the de facto bot, and bot software in the mid-90s, as the internet boomed and spawned 100s of versions, like Fake Captain Kirk, Jack Sparrow or Santa Bot due to its relative ease of programming. And this is the most important trend to watch for as the chatbot indystry gears up. As they become easier to build, bots will become the domain of hobbyists and fans bringing along the really interesting unintended and creative uses.
http://www.pandorabots.com/pandora/talk?botid=f5d922d97e345aa1
Alice talks to Fake Captain Kirk:

SmarterChild was a chatterbot with a personality, available on AOL Instant Messenger and MSN Messenger and was a massive massive hit in the early 2000s. Much like what messenger bots are trying to do today, beyond just holding a conversation, SmarterChild wanted to be useful, tapping into web services to provide sports scores, weather forecasts, stocks, and other info.
http://motherboard.vice.com/read/a-history-of-smarterchild

One of the more interesting uses of the SmarterChild technology was by Radiohead, with a bot named GooglyMinotaur — music’s first ever chatbot. Googly (as is googly eyes, not Google) gave fans access to real time information about Radiohead, obscure Radiohead trivia, played music upon request and even challenged you to a game of hangman. It was a huge success with over a million people engaging in conversations with the bot (and averaging over 60 interactions per person). Average time spent per user was over 34 minutes.
Here’s a great writeup from one of its makers: https://chatbotsmagazine.com/radiohead-s-googlyminotaur-ee91cd600a4a#.66gq0762q

The last most important bot I need to mention is Sylvie. launched in 2000, by Virtual Personalities, and with whom I had the good fortune working with back in the day. Sylvie was a Verbot (Virtual Robot) developed by futurists Peter Plantec (who invented, um, banner advertising) and Dr. Michael Mauldin (founder of one of the original search engines Lycos), and was the first practical commercial 3D avatar interface.
Here’s a TED talk about Sylvie:

Faxbot constantly monitors Yelp for reviews of prisons and whenever the script finds a new review it automatically sends a fax to that prison with the Yelp star rating and content of the new review.
http://lav.io/2014/11/yelp-prison-review-faxbot/

“Parliament Live”, is a great project by net artist Sam Levine is a bot that creates art by downloading videos from the UK parliament at random, then transcribing and analysing which words were spoken most frequently. Using that analysis, the bot generates a new cut of the video containing only the top keywords.

Laprimaire is using bot technology to help crowd-source the next president of France
http://venturebeat.com/2016/06/23/laprimaire-has-built-a-telegram-chatbot-to-help-crowdsource-the-next-president-of-france/
https://laprimaire.org/

Robots and prosthetics have always had a close relationship. But artists Louis-Philippe Demers and Bill Vorn take it to another level with their dystopian robotic artwork, Inferno. Mech suit-like exoskeletons are worn by the performer, who are forced by the robots to act/react in a certain way.

More dystopia with machines hacking machines — the world’s first all-machine hacking tournament is happening next month organised by DARPA (those guys who, you know, brought us the internet) with a $2 million prize up for grabs.
https://www.cybergrandchallenge.com/
http://www.wired.com/2016/07/__trashed-19/

How do we stop intelligent machines from taking over the world and enslaving us all? Give them emotions: http://www.bbc.com/news/business-36387734

Shiv Integer explorers mutant gadgets, with a bot expropriating 3D models from open-source hardware design website, Thingiverse, mashing designs together and then re-uploading its sometimes humorous, sometimes scary creations. Like any good art, the bot has created a mix of outrage and fandom amongst the Thingiverse community.

That time a bot invaded Thingiverse and created weird new 3D objects
Shiv Integer is a bot whose entire purpose in life is to create bizarre objects for 3D printers. It has been living for…arstechnica.com

A great use of technology, JWT’s award winning The Next Rembrandt used Artificial Intelligence to analyse the master’s paintings to create a new work of art. The project has involved data scientists, developers, engineers and art historians. The final 3D printed painting consists of more than 148 million pixels and is based on 168,263 Rembrandt painting fragments.

One of the most impressive use-cases for AI around at the moment is Microsoft’s cognitive services bringing sight to the sightless:

Swarm robotics is one of the most exciting robotic research fields. Curious Displays imagines a world where a swarm of display blocks autonomously reconfigure themselves:

And this reality is closer than you think. Disney Research has released a paper, and put some of the ideas into practice:
http://www.wired.com/2014/05/disney-invents-swarming-robots-that-create-animations/

Do androids dream of electric sheep? Not sure. But apparently they’re into funky jazz. Squarepusher teamed up with Rhizomatiks to create ‘Music For Robots’ by robots.

And finally let’s end with some super exciting news that robots will begin racing against each other at high speeds. RoboRace, the world’s first driverless Robotic car race, is currently in it’s testing phase, and will begin racing proper next year, held on the same tracks as the Formula E championship season. German concept designer and automotive futurist Daniel Simon, best known for his vehicle designs in movies like Tron: Legacy, Captain America and Oblivion, has designed the cars, which are predicted to go at speeds of around 300km/h and navigate much more exciting courses. Watch the action unfold in the Inside Roborace documentary series:

Robots in the home:

Robots are coming to our homes too, but they won’t do the dishes just yet. According to Juniper Research, one in ten Americans will have a robot in home by 2020, and the race is already gearing up. Just about everyone’s has a home assistant/speaker or is building one.

Jibo, the world’s first social robot for the home, looks to be the cutest: https://www.jibo.com/

Then there’s Zenbo from Asus: http://zenbo.asus.com/

And Softbank’s Pepper, which has been sold out from the get go: https://www.engadget.com/2014/06/12/home-robot-pepper/

Though just a prototype, Boston Dynamics’ newest robot, the kind of cute, kind of scary, Spot Mini, won’t do the dishes for you but will at least pack the dishwasher:

Though, says Engadget, our robot butler dreams are still a long way away: https://www.engadget.com/2016/06/03/asus-zenbo-proves-our-robot-butler-dreams-remain-just-that/

Messaging apps have already surpassed social networks for monthly active users and messaging will become the primary path for customer interaction within the next five years. So understandably there’s a lot of fanfare around messenger bots. Two months after it’s launch, Facebook Messenger now already had over 11,000 chatbots.

But is it all hype? Well yes and no. Chat bots and artificial Intelligence are still pretty sucky. But this is really pretty much still day zero, and it’s the promise, rather than the reality that has started a gold rush.

The end game is to turn mobile messaging into an all-encompassing platform that consumers can essentially live in — to make payments and bookings, access content and services, add context to a conversation, get customer service and of course to shop. Already the hype was, well just that, hype. But the promise is exciting, and as always we’ll see some kind of middle ground and some breakaway sticky stuff.

So are there really any good messenger bots out there? Well there’s some kind promise…

Of all those I’ve tried Jessie, is one of the better chatbots I’ve encountered. She’s is a quirky, energetic 20-something experiencing crisis after crisis, all the while looking for a job, a boyfriend, and a new apartment. You assume the role of Jessie’s friend and provide advice.
https://pullstring.com/product/humani/
http://www.fastcompany.com/3059112/most-creative-people/i-spent-a-week-talking-to-a-millennial-chatbot-character-on-facebook

Jessie was developed by Pullstring one of the more promising platforms out there, with the founders were behind Toytalk (developers of talking toys like Hello Barbie and Thomas The Tank Engine & Friends Talk to You) and have worked on Pixar movies such as Wall-E and Toy Story.

Probably the most successful modern messenger bot to date, Pullstring were also responsible for the C​all of Duty: Infinite Warfare Messenger campaign where fans could chat with the ​characters, get clues to a code to unlock the reveal trailer and be awarded a special digital badge for use in the current version of the game. More than six million messages were exchanged between fans and the chatbot on the first day alone (with 30K simultaneous conversations happening per second), and resulted in eight times more social media engagements than any other Call of Duty​ launch to date.
http://venturebeat.com/2016/05/03/call-of-duty-infinite-warfares-first-victory-6m-bot-messages-on-facebook/

Hugging Face is a fun digital AI friend — in essence you can text back and forth and trade selfies. I haven’t tried it yet, sounds suprisingly engaging:

Hugging Face wants to become your artificial BFF
Meet Hugging Face, a new chatbot app for bored teenagers. The New York-based startup is creating a fun and emotional…techcrunch.com
Hugging Face launches app to be your 'AI friend'
Hugging Face, a company named after the hugging face emoji, is bringing its AI bot from private to public beta today…venturebeat.com

Xiaoice — the world’s most talked to bot:

Microsoft’s Xiaoice, Cortana’s little sister, is a chatbot on Weibo, and other social networks in China with over 20 million registered users, where the average user interacts with the service around 60 times a month. Introduced in 2014 by Microsoft Research and Bing in Beijing, it can answer simple questions, and engage in real-life human chatter.
http://www.businessinsider.sg/microsoft-xiaoice-turing-test-in-china-2016-2/

Another company to watch is Imperson, who’ve already worked with Disney and Universal on some pretty large projects. My favourite being Miss Piggy, where you can only chat to her directly before and after her show.

And a whole bunch of other reading:

Pizza Hut allows you to order on Twitter and Facebook: http://fortune.com/2016/07/13/pizza-hut-chatbot-twitter-facebook/
Sephora lets you to send a selfie to try on lipstick: http://www.forbes.com/sites/rachelarthur/2016/06/21/augmented-reality-bot-brings-virtual-lipstick-try-on-to-facebook-messenger/#6590fce12067

Everything you wanted to know about bots but were too afraid to ask, in one nice concise Medium post: https://medium.com/art-marketing/the-hidden-homescreen-70c794ff9ada#.dchq9klvs

In many ways Slack is leading the bot wars: http://www.wired.com/2015/08/slack-overrun-bots-friendly-wonderful-bots/

Ray Kurzweil, best known for his views on the Singularity, and is building a chatbot for Google: http://www.theverge.com/2016/5/27/11801108/ray-kurzweil-building-chatbot-for-google

But beware the uncanny valley: http://www.sciencemag.org/news/2017/03/beware-emotional-robots-giving-feelings-artificial-beings-could-backfire-study-suggests

BBC asks would it be possible (or moral) to love a robot? http://www.bbc.co.uk/guides/zqq6sg8

Hason Robotics in Hong Kong is one of the leaders in human-like robotics: http://www.cnbc.com/2016/03/16/could-you-fall-in-love-with-this-robot.html

FastCompany suggests the next phase of UX will be designing personalities: http://www.fastcodesign.com/3054934/the-next-phase-of-ux-designing-chatbot-personalities

Services like donotpay will enable us to navigate our rights, through the legal quagmire, and bring the balance of the law get information quicker: http://venturebeat.com/2016/06/27/donotpay-traffic-lawyer-bot/

Skynet is a pretty cool old-school bot that functions as a web portal: http://www.skynet-ai.com/bots/AI/SkynetV6/

Ok, well that’s all folks. Hope you enjoyed this very looooong edition. This is such a wide and important topic, but hopefully it got you a teensy bit excited about our robots near future. 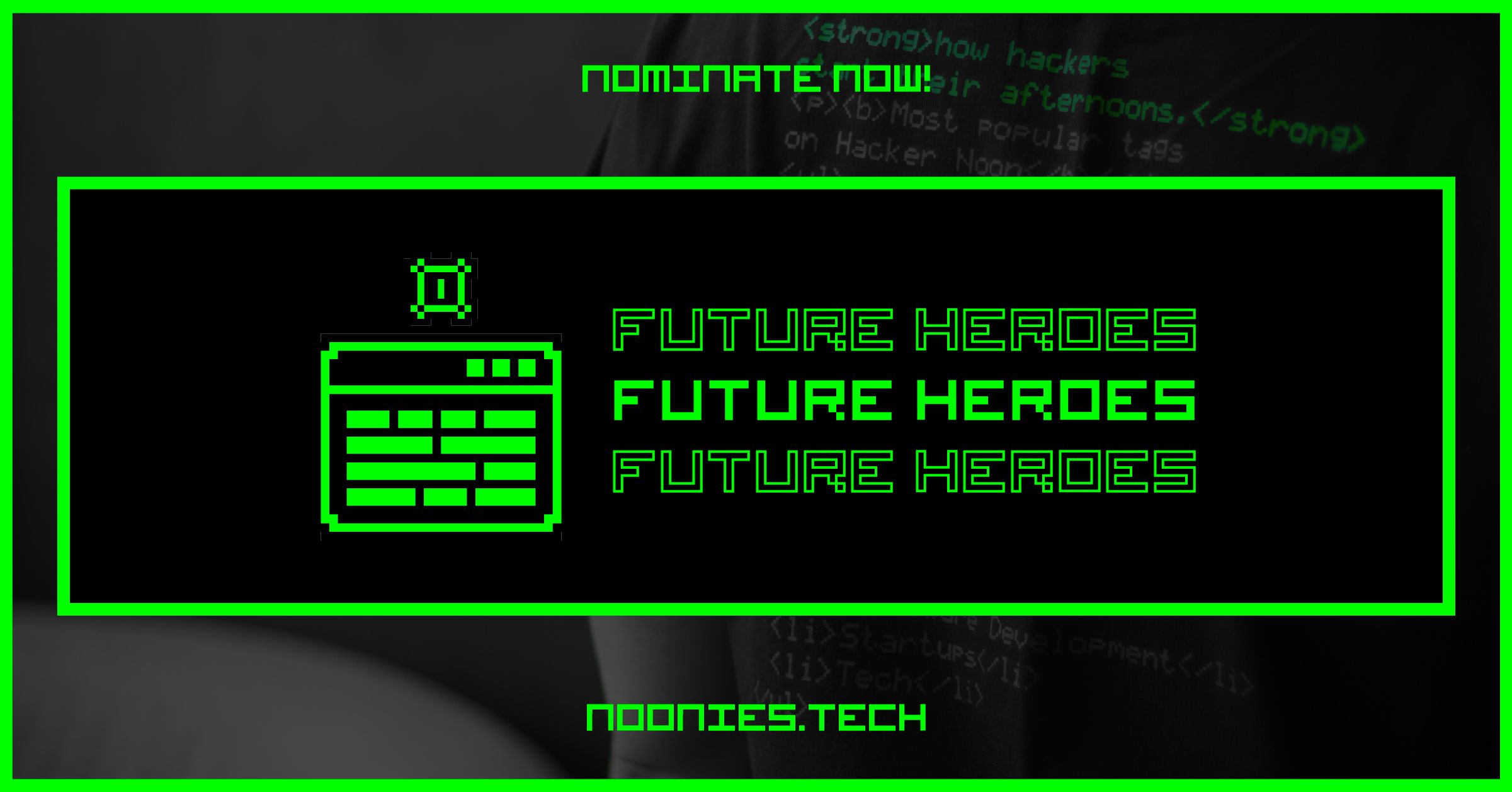