The Path to Artificial Super Intelligence 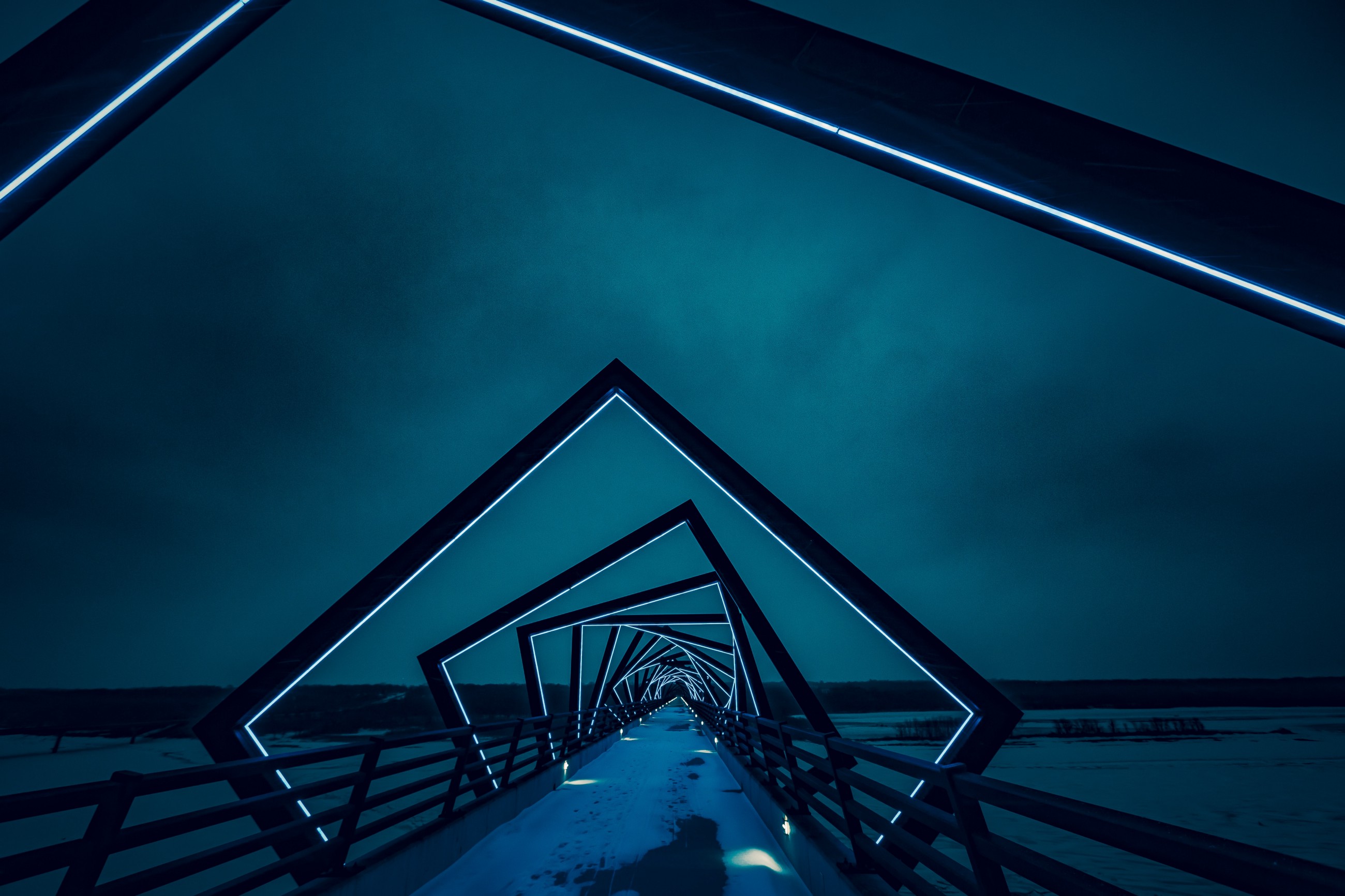 “The new spring in AI is the most significant development in computing in my lifetime. Every month, there are stunning new applications and transformative new techniques. But such powerful tools also bring with them new questions and responsibilities.”
— Sergey Brin

Sergey Brin couldn’t have put it more clearly. Dubbed as the technology of the decade, AI has been the catchphrase on every futurist’s tongue. From customer support chatbots to smart assistants, AI has begun to transform numerous industry verticals.

If you take a deep dive, you would notice AI has started bettering humans in several tasks. Like detecting cancer better than oncologists or translating languages or beating Go (Chinese Checkers) world champion. These achievements are setting up the tone for the future. A future where intelligent cyborgs and superhumans are not just part of sci-fi movies.

This is referred to as Artificial Super Intelligence, where a machine’s cognizance supersedes that of human’s. Think of Jarvis or Ultron from Marvel, Arnold Schwarzenegger’s Terminator or Samantha from Her.

Contrary to popular belief, ASI is far from reality. In fact, it may take anything between 15–20 years (best case scenario) to centuries to achieve it! In this article, we shall be looking at the road to achieve ASI, some current exciting projects and the dangers ASI possess.

To understand all the aforementioned points, we need to look into why there is a sudden boom in AI and what the current state of AI research is. Let’s jump into this right away.

What Brought The Sudden Boom In AI Development?

The term AI was coined in the 1950s. But all the significant work in this field started in the late 2000s. And since then, the work in AI has leapfrogged. What happened in the early 21st century?

The answer revolves around data. Data is food for AI and the 2000s witnessed the creation of larger and better datasets than ever. People developed large corpus for text analysis, huge data sets for images, and video processing. Which improved the accuracy of AI algorithms tremendously.

Both of these, together, have given rise to Deep Learning. Deep Learning is an advanced form of Machine Learning algorithms. It heavily concentrates on the ‘learning’ part, feeding algorithms data and making them ‘learn’ from it.

Since then, AI has never looked back. Today, one can easily buy GPUs, get large datasets to train their AI algorithms and develop mind-boggling technologies without making a dent in their pockets.

The Current State Of AI

However, AI in its current state is far from being super intelligent. Suppose if an intelligent cyborg from future turns time wheels and arrives in present-day San Francisco to meet its predecessors, it would pity the primitiveness of them. Imagine meeting Neanderthals from Western Africa tens of millennia ago.

The truth is, most of the AI models are capable of doing one thing alone. If you employ a program that translates languages for you to convert speech into text, it will fail miserably. Humans, on the other hand, can do a plethora of tasks. A human can translate English to Spanish and convert speech to text quite easily. This is why Artificial Super Intelligence is a thing of a far future. The ASI should be able to brew coffee while humming an Elton John song and writing Christmas postcards to all his cyborg buddies.

There are a few new projects and models in AI which are starting to perform a set of different task simultaneously such as Multi-task Learning and Transfer Learning. However, these algorithms perform better only when the set of tasks are closely related. Such as finding the sentiment from a text piece and extracting named entities from it.

The Roadblocks To ASI

Nothing great comes without overcoming challenges. AI, a relatively new field in technology, has its own roadblocks. Let’s discuss the most prominent of them.

The role of innovation and research is paramount for humankind. AI, given it is still in infancy, has not yet solved many extraordinary problems. Agree, chatbots have helped in customer engagement tremendously and we have a movie directed by a computer program. The real question is, how do you solve bigger problems such as global warming, space exploration, poverty and numerous more using AI.

A Huge Amount Of Data

To train any AI algorithm, you need large data sets. To train it well and increase its accuracy, you need even larger, cleaner and well-processed datasets. However, it is not easy to collate large datasets and maintain good quality. The challenge here is to train and deploy algorithms with lesser data. Consequently, this is one of the most important blockages in developing AI.

As mentioned, AI requires a large amount of data. Large data demands better data processing powers. The reason Deep Learning revolution took the world by storm was the advent of GPUs. It gave power to independent researchers and small startups to try their hand at AI. Not every invention is lying in the minds of people working in tech giants with data centers the size of football fields. Building ASI would require much more data than we can imagine. How do we bring impressive processing powers without spending a fortune?

Google may have the answer. Recently, they have released TPUs (Tensor Processing Units), which are made to speed up Machine Learning tasks. But for now, TPUs are only produced in limited quantities.

What About Entirely New Data?

Suppose you have trained an algorithm to identify these shapes — square, circle and a line. The algorithm can do that with tremendous accuracy. But, if you want the algorithm to correctly identify a rectangle, triangle and pentagon as well, you will have to retrain from scratch. Mind you, training an algorithm is a lengthy process. Such incremental data changes are very frequent in real-world problems. Hence, adjusting new data is a major concern for super intelligent algorithms.

Deep Learning Is A Black Box

Researchers all around the world are working towards developing smarter AI. The road to ASI is paved by the idea that a machine should adopt a human brain’s way of working and supersede it.

In the longer run, it is inevitable that ASI will better us in everything by miles. There are chemical and biological boundaries to what a human brain can achieve. There are none for a super-intelligent sentient. With time, it is only going to be much smarter and better.

The first step towards Artificial Super Intelligence would be to improve the cognitive abilities of machines. Numerous projects are religiously working towards mimicking human brains and give cognizance to machines. The real progress in this aspect may not be out in the open as most of the companies and organizations do not reveal much for the sake of a competitive edge.

However, one example would be the Blue Brain Project. This is an initiative by EPFL, which is trying to achieve a total digital reconstruction of the mammalian brain. The project is expected to enlighten us more about consciousness and how it can be implanted digitally. Currently, they have simulated the synapses of the size of a bee’s brain.

We’re on a scientific mission to push the boundaries of AI, developing programs that can learn to solve any complex problem without needing to be taught how.

It is really important for AI to collaborate with neuroscience. Human minds are one of the most prestigious creations of evolution. How do we clone hundreds of millennia-long evolution process into algorithms and codes much faster, is the question we need to answer.

Google Brain, a deep learning project from Google, is also attempting to have intelligence similar or equal to human-level. Numenta, a machine learning company is also working on creating cortical learning algorithms.

Years after years, researchers have been working to beat biology. Genetic engineering has become an immense part of our current and future. How do we stop aging? Or find cures for the most dangerous of diseases? How do we rejuvenate and regrow lost limbs and body parts? Eventually, how do we reach immortality and live happily ever after?

Wondering what all of it has to do with AI, particularly ASI? Potentially, all of it!

Imagine a bionic arm which understands signals from brains and helps an amputee just like a normal human hand would do. A flurry of nanobots to boost the immune system, fight with fatal diseases and keep humans alive forever. A program developed to immortalize you by keeping a copy of your brain inside a computer. The possibilities are endless so I will let you fly your imagination.

This brings us to the point where we can think of the possibility that an ASI program much smarter than the human brain is running things inside a human body. You may think this is one wild Matrix fan theory. But, futurists have discussed at length about such human and machine co-existence.

“By the time we get to the 2040s, we’ll be able to multiply human intelligence a billionfold. That will be a profound change that’s singular in nature. Computers are going to keep getting smaller and smaller. Ultimately, they will go inside our bodies and brains and make us healthier, make us smarter.”
— Ray Kurzweil, Futurist

ASI, The Prime Or The End Of Human Civilization?

In the future, AI will become conscious, self-sustainable, and self-learning. We need not babysit it. ASI will help us eradicate poverty, control pollution, fight diseases, find extraterrestrial life and what not. If the time comes, it will fight our wars, destroy potentially catastrophic meteors on their way to earth and fight an alien invasion.

We would require it to an extent where we would need it daily, undisputedly, in our lives. But that doesn’t compel ASI to do the same for us. Imagine, an intelligent entity taking control of the world, undermining others who are far less smart than itself and mending the world to its will. Does this sound familiar to you? We, humans, did this with the entire earth. What is the possibility that a much smarter ASI would not do the same to us?

“You want to know how super-intelligent cyborgs might treat ordinary flesh-and-blood humans? Better start by investigating how humans treat their less intelligent animal cousins. It’s not a perfect analogy, of course, but it is the best archetype we can actually observe rather than just imagine.”
— Yuval Noah Harari

Everything is speculation. We might coexist together happily or ASI will take over or if it no longer requires humans, it might lead us to the annihilation. Our future, as the neural networks, is a black box we don’t have an idea about.

We need to be more responsible while building such systems. We need to understand and define the laws which will govern ASI. Will it be treated the same as humans? Who will make laws, ASI or us? How will justice be served? Will ASI vote, elect or govern? Will ASI run for POTUS? Who will control the military? Who will have the access codes of the nuclear arsenal? Will it to be okay to be ruled by ruthless dictators or greed-hungry humans or by smart, built-for-better-future ASI? How will humans, a highly unpredictable species, become a part of a tidy ASI-run world?

The world stands divided between the speculation of future. These questions are being asked by everyone, and we better start preparing answers for it. The likes of Elon Musk and Stephen Hawking have already said ASI will be the end of human civilization. On the other hand, the likes of Mark Zuckerberg and Roy Kurzweil believe in perfect harmony. An optimist will claim a peaceful world built with the immaculate partnership of humans and ASI. A pessimist will imagine the plight of our species in case ASI taker over. In both the cases, we, humans, need to be prepared.

This article was originally posted here.