The Outstanding Developer Book: Distractions Around Us And Developer Productivity 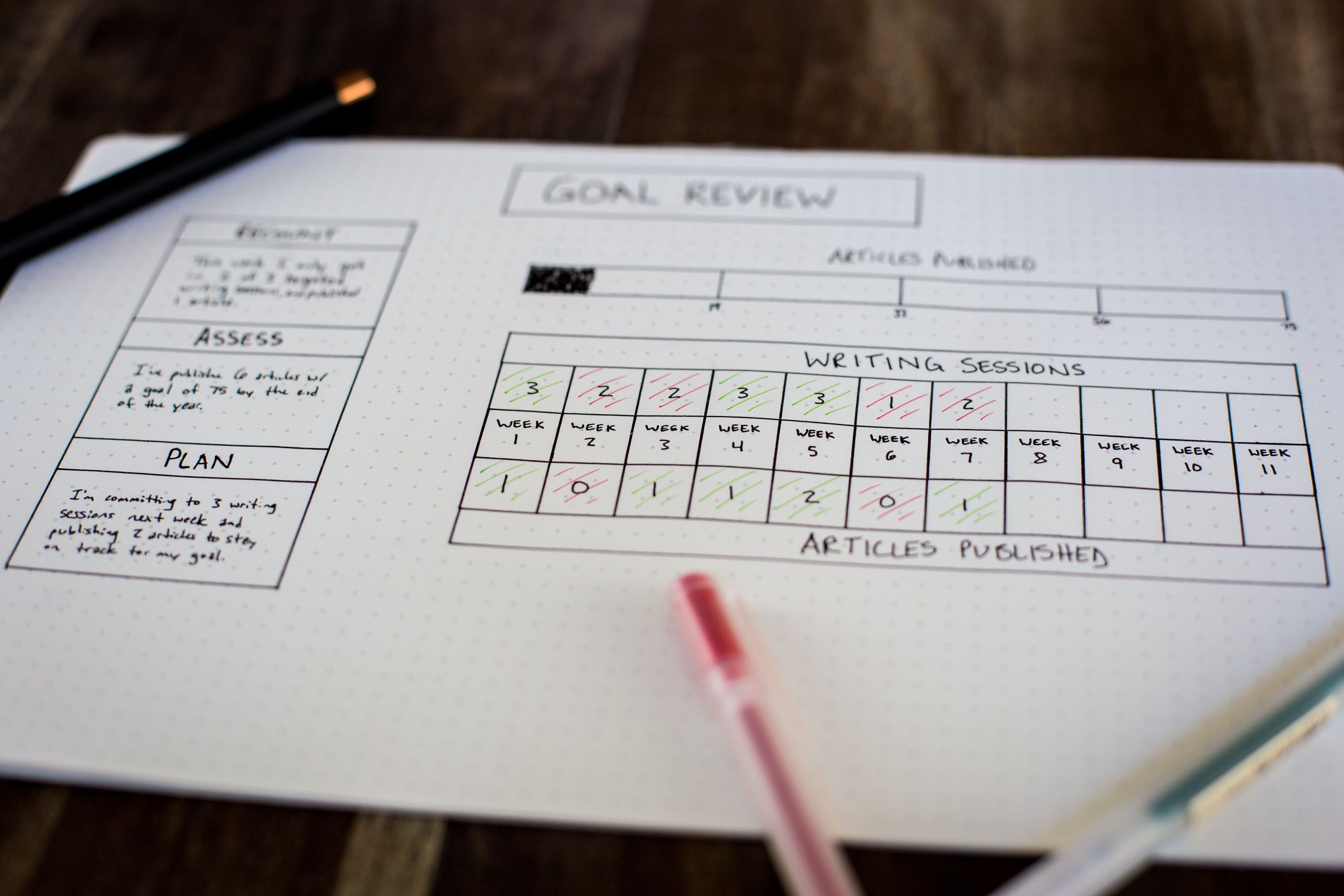 Think about a normal day of work. You arrive at the office, take a coffee, start coding, do some code review, have lunch, some meetings, code again, and that’s it. But is it really?

I could bet that looking more precisely at your day, it looks more like: start coding, answer a question on Slack, help a colleague, have a short meeting, code again, ask a question to a colleague, fix the build pipeline, answer an e-mail, fill your timesheet... and it’s not even noon.

This article is extracted from my book The Outstanding Developer’s first chapter, dedicated to productivity. It was first published on my blog.

When twenty developers from the US, Canada, and Switzerland were asked to keep a precise diary (PDF) of what tasks they worked on during the day minute by minute, the results were surprising.

First, code-related tasks (coding, debugging, code review, etc.) take only two hours a day. This is 25% of the classic day of work. You can add almost one hour of “work-related browsing” (I would consider this as part of the coding activity, as long as it’s not to procrastinate), then it’s e-mail (one hour), planning (30 minutes), documentation (30 minutes), planned or informal meetings (1.5 hours), etc.

Maybe you’ll tell me that you spend more than two hours a day coding, but I can’t recommend you enough to try during a day or two to keep a diary of everything you do. And I mean everything: when you leave your computer for a minute to get a glass of water, when you stop coding for thirty seconds to answer a question on Slack, or when you open your inbox to get some information you need.

If you do this, you may realize another interesting and disturbing thing: the average time you spend on coding before switching to something else: an interruption, a meeting...

36 seconds before being distracted 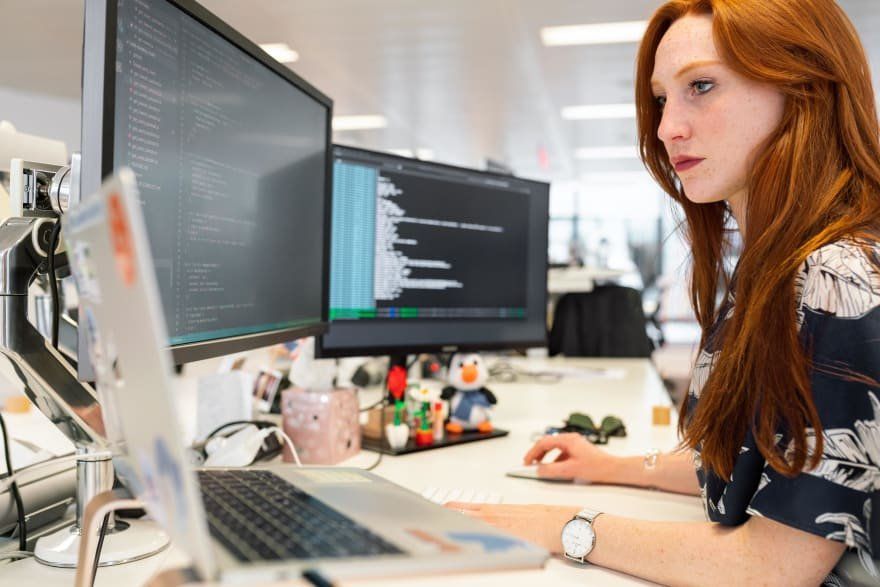 The other tasks follow the same pattern, except the planned meetings (it’s more difficult to leave a meeting after one minute I guess). So, looking at the global picture, a developer’s day is composed of a lot of small periods of a couple of minutes, when they can either code, answer e-mails, write documentation, or participate in an informal meeting.

But I can imagine that if you try to plan your day, you don’t expect such a fragmentation of work. This is a big obstacle to productivity. So, what causes this fragmentation and how can we overcome it?

A study made in 2011 (PDF) found that most interruptions encountered by developers during a day are in-person interruptions. On average, there can be between 12 of them for an entry-level developer, and up to 40 for a senior developer or technical lead. Other kinds of interruptions are provoked by instant messaging (4 to 9), e-mail (8 to 52), and phone (0 to 20).

Let’s focus on colleague interruptions. Most of them are legitimate: it’s part of a developer job to ask questions to colleagues, and you rely on your coworkers to answer yours, especially for junior developers. Therefore, removing these interactions is out of the question.

Still, there must be a way to keep a reasonable level of interaction with coworkers without causing that many interruptions.

The “Do not disturb” mode

In 2017, a team developed for a study (PDF) a tool to help other teams in several IT companies (developers, testers, project managers, etc.), reducing in-person interruptions. It was composed of a LED light above each desk and an application installed on developers’ computers to automatically update the LED color. The LED was green if the developer was considered available, red for busy, and blinking red for do not disturb. The software used indicators such as keyboard typing during a given time to determine the developer’s status.

This tool showed good improvement in the teams where it was tested. The number of interruptions was divided by two, and around 60% of participants estimated they had been less interrupted when busy (20% disagreed with that statement).

More importantly, almost 60% of participants felt that their productivity increased during the study. Not all interruptions were removed, but they tend to happen less when the developer was deeply focused on a task. Plus, the LED helped people being aware of the cost of disturbing someone.

This system may not be a revolution to improve developers’ productivity, but we can draw inspiration from it. What it demonstrates is that people tend to disturb people less often when aware of how busy they are.

In the different teams I worked with, we almost always had a system to indicate others that we were busy and preferred not to be disturbed. Sometimes, it was having headphones on. Other times, we used the status of our instant messaging application, setting it to busy. 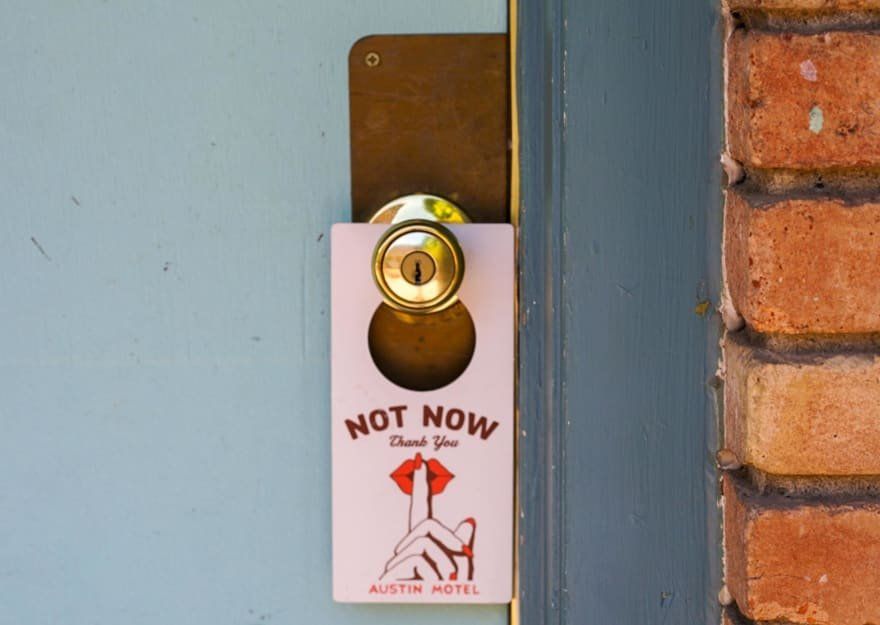 But one of the most efficient systems we found was not a specific sign to indicate we were busy. I still try to initiate it with the teams I work in today. We simply consider everyone as busy. It means that if you ask a question to someone on instant messaging, you shouldn’t expect an immediate answer. More importantly, if you need to ask a question in person, first send a message on IM, such as: “I need your help, tell me when you have a moment”. Or just: “Got a second?”

Why sending a message on IM instead of just asking directly, you may ask? It turns out that just asking “do you have a minute?” in person is often enough to make the person lose focus on what they were doing and ruin the whole strategy.

A past colleague of mine, when someone (sometimes it was me) asked him “can I disturb you for a minute?”, used to answer, “you just did”. Always in a humorous way, but it was enough to make people realize that asking a question as short and easy-to-answer it is (“do you have a moment?”), is enough to make the person lose a precious focus.

When I’m working on a task requiring a lot of focus, I usually turn off IM notifications. My coworkers know that I won’t answer them immediately, but that I’ll find time to answer them eventually and spend the necessary amount of time to help them. And when I’m the one having a question, as much as possible I use IM to ask them to ping me when they have a moment.

Want to know more about productivity for developers? Have a look at my work-in-progress book The Outstanding Developer.

Related Stories
Subject Matter
Book a Demo. Ship Fast. Rest Easy. LaunchDarkly. by @LaunchDarkly
#promoted
You Can Become a Better Developer by Mastering the Super Power of Deep Work Habit by @scastiel
#development
Why These Four Developer Debates Is A Waste Of Time by @zachflower
#best-practices
The Ultimate Guide To Design Patterns And Generic Composite In Python by @asher-sterkin
#python
Is The Daily Standup A Waste Of Time? by @ternarywat
#agile-scrum
Insert JavaScript into HTML Using the Script Tag by @manik
#javascript
Flutter vs. React Native - What to Choose in 2021? by @wasim1charoliya
#react-native-vs-flutter