The Many Uses of Blockchain Technologies in Business 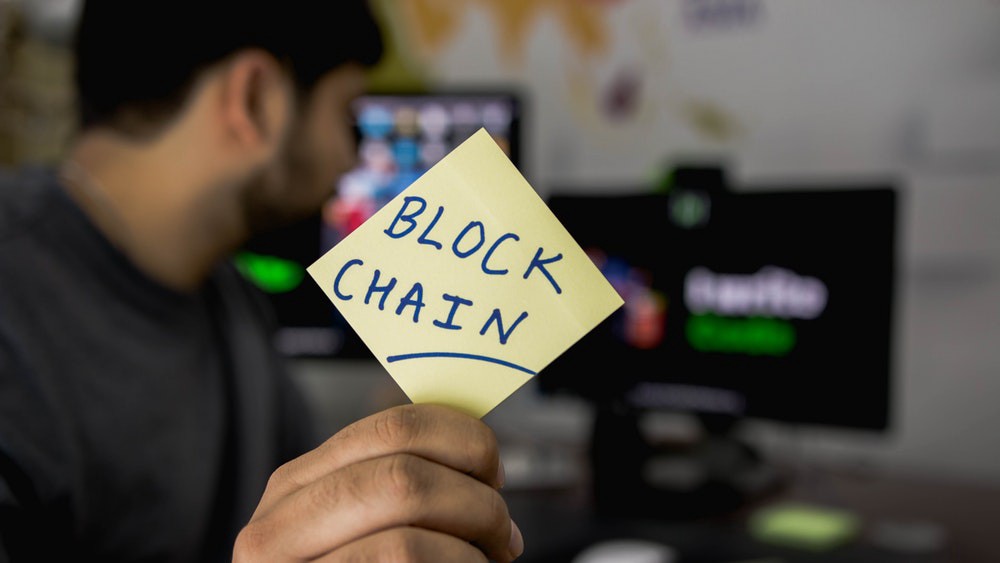 Whether you are aware of it or not, you conduct business every day, even if you don’t work. At some point, everyone gets online and initiates some kind of transaction. Whether it is purchasing something from Amazon or buying something from iTunes, you are engaging in the business of blockchain technology.

Even though the term “blockchain” is relatively new, the technology has been around for about a decade. The digitized ledger that Satoshi Nakamoto created in 2008 was the basis for the spreadsheets that manage cryptocurrencies and other online trading transactions. The technology is used in cryptography, which is how text is coded on the Internet.

Cryptography is used in blockchain technology to create distributed trust networks. This, in turn, allows any contributor to the system to operate the transactions securely without having to obtain authorization from someone else in the digital ledger. These transactions are then verified, approved, and then recorded in an encrypted block. This block is saved intermittently and then connected to the previous block, which in turn creates a chain.

Components of a Blockchain

The second component is the indisputable ledger where the transactions are processed and recorded in a location that is secure, accessible only to individuals who are part of the chain. This security makes it almost impossible for someone who is not connected to the chain to make changes or steal information.

Since there can be numerous contributors involved in any blockchain, any of the contributors can control the information that is entered into the ledger. Since every transaction is processed securely, and given a permanent time-stamp, it can become challenging for another contributor to alter the ledger in any way.

Blockchain technology can be used for various computerized and internet-based application. One of these applications are Smart Contracts. Smart Contracts allow businesses to automatically verify and execute agreements that function independently in a secure environment. Blockchain technology acts as a middleman for implementing all business deals, protocols, and programmed exchanges of information in smart contracts. As more and more transactions are completed online, to not only run our personal lives but professional lives as well, more and more deals are being signed and created online.

Blockchain applications have begun to become increasingly popular in the medical field in recent years. Researchers are now investigating these applications dealing with digital identity, insurance records, and medical records. There are many medical offices today that use some kind of digital machine to verify that the information they have on file is, in fact, your information.

Public blockchains are created by the public. Anyone can participate in the creation, confirmation, and recordation of the content that is put into the blockchain. There isn’t just one person in charge of overseeing the transactions that happen in this kind of blockchain.

Because there isn’t a single person in charge of these blockchains, decisions are made by many decentralized agreement tools such as proof of work, which a computer algorithm that is used by cryptocurrencies like bitcoin. Public blockchains are open and crystal clear in content, making it easy for anyone who looks at them to understand what they are and what they can do.

The purpose of consortium blockchains, also known as federated blockchains, is to remove the only autonomy given to just one contributor by the use of private blockchains. This type of blockchain allows for more than one contributor to be in charge. Instead, there is a group of companies or individuals that gather and make decisions that benefit the entire network.

Blockchain technology is an irreversible, encrypted, decentralized ledger that has the potential to make all centralized activities, processes, and organizations entirely autonomous. This means that a person will have the ability to eliminate the middleman and specialists, effectively reforming every single business in the world.

Blockchain technology is merely a way to keep track of any transactions or exchanges you engage in online. You can think of it like an accountant who keeps track of all the money that you spend. Currently, blockchain technology is mostly used to handle any type of situation that deals with cryptocurrency, like bitcoin, however, there are significant enterprise uses of blockchain which are being implemented as well. Let’s consider the following example.

When you use your debit card at the bookstore, you swipe your card to pay for your purchases. At this point, the company then sends a bill to your bank for the amount agreed to when you paid for your goods. The bank then must verify that it was you who made the purchase. The bank, once the transaction is confirmed, releases the money to the company and records the transaction in their ledger. The ledger the bank recorded the transaction in, includes all the operations the bank made on behalf of the card you used. The bank has complete control over what happens with the ledger. Other than having the ability to look at your banking statements, you have no authority to change anything or do anything with the ledger. Centralized ledgers are much easier to hack because they are controlled by multiple entities.

Imagine that you want to transfer 1.00 bitcoin to someone. All you have to do is initiate the transaction, which will be validated by a series of nodes/computer/users engaged in the network and your transaction will instantly be completed. With this kind of validation method, millions of dollars can be transferred internationally with almost no fees — instantaneously. The transactional power of Blockchain is revolutionary.

Different Industries that Use Blockchain Technology

The financial industry is one of the sectors that have greatly benefitted from the use of blockchain technology. This is because of the vast sums of money and transactions that are in play in the industry. Here are a couple of examples of the different companies that are utilizing blockchain technology today.

Crowdlending campaigns have started to take over the act of having to go to the bank to get a loan. Crowdlending is a person to person lending company. Today, there are, on average, more than 50 billion person to person loans being made worldwide. This industry will likely feel an enormous boost with the use of blockchain technology.

IBM has become one of the major players in blockchain technology use, with a proven track record of being a great asset for tracing transactions. IBM’s Global Financing Unit processes $2.9 million in payables for the company every year. It is also responsible for granting credit to more than four thousand suppliers. IBM has been successful in lowering dispute settlements by 25 percent, thanks in part to blockchain technology. This decrease in percentage has resulted in the group being able to free up $100 million in pre-confirmed capital for other purposes.

Adding Value to Your Business

There are numerous ways that blockchain technology can add value to a business. One way is by building a network for your business. Dr. Michael Yuan, the Chief Scientist of CyberMiles notes how blockchain can provide value to startups and companies. His theory is that the key benefit of blockchains will deliver the ability to construct a network for all kinds of businesses. What his theory states are that rather than competing against each other, companies can collaborate and build a system with each business industry having its own chain.

Another way that blockchain technology can add value to a business is by banking the unbanked. It might be hard to believe, but there are a lot of people in the world who don’t have bank accounts. Blockchain technology will provide the opportunity for these people to create a bank account. Someone could just open an online account and instantly have access to a digital wallet.

A third way in which blockchain technology can add value to a business is by lowering the time for transactions to be complete. Again, time is playing a significant role in the blockchain world. Christopher Brown, CEO of Modular, created Blossom, a digital wallet for Ethereum. The program is a multi-featured desktop wallet application that gives businesses and users a more straightforward way to handle their funds. It takes less time than if you were to head to the bank to get cash.

Lastly, blockchain technology can add value to businesses through legal contracts. This can be done by linking the Internet of Things (IoT) data and blockchain technology. Utilizing the data from IoT devices allows individuals and businesses to connect to legal contracts that have been saved on the blockchain. For example, when you are buying a house, all the documents that you sign, must also be signed by the seller. This means that all the documents must be in one place for both parties to have access. Outside information from IoT connected devices is linked to the blockchain, making the legal contracts immediately usable without anyone being able to interfere in the process.

eSports and online fantasy sports have grown significantly over the last decade with more and more people creating online fantasy sports teams. Online games, were some of the first sites to adopt the earliest versions of bitcoin and other cryptocurrencies. They also use blockchain technology to run and keep up with gaming technology.

The uses of blockchain technology don’t just stop with fantasy sports. The most popular smartphone applications to download today are games. This is why, as the technology grows, more developers will likely make use of blockchains, as well as cryptocurrencies for in-application payments.

Blockchain technology will also benefit supply chain management by providing a way to trace goods while at the same time being cost effective. We can verify with absolute certainty where items and goods are, along the supply chain — removing guesswork and inefficiencies. Blockchain technology has made it easier for businesses to do business together because it has dramatically simplified the production process, and transfer process, as well as the verification and payment methods, used.

In business, mistakes happen, no matter how careful you are and how closely you follow processes and procedures, and it can be challenging to pin down how the mistake occurred. With blockchain technology, mistakes and errors can be traced back to the point of origin. Not only does this make it easier to investigate mistakes, but it also saves companies time and money.

Follow ROI Overload as we discuss this amazing technology and the different ways we can build out this incredible technology.

Why Should You Read My Blog?

I have a passion for motivating, inspiring and educating businesses on how to leverage emerging technologies and digital marketing to stand out from the noise and reach their target consumers and clients. With over 10 years in enterprise biz dev and take to market strategy, I have helped both start-ups and enterprise organizations navigate complex markets in both traditional industries as well as bleeding edge technology fields.

I’m the Head of Marketing & Business Development at Bedrock Affect, a Forbes Biz Dev Council member, a contributor for Forbes, Hackernoon and many other business & tech blogs as well as an Entrepreneur and a huge nerd.

Connect with me below.