The 2018 State of DevOps Report from DORA was released last week. This is the first one I’ve read all the way through (failure on my part!), as opposed to just skimming the highlights.. and there are some very interesting things to be found inside.

This feels true in the filter bubble of startups and Silicon Valley. But going back to the report of 2014, the data shows that high performers at shipping code have at least 50% better odds at beating their one business goals, like rev targets, than low performers.

This year, we hoped to validate this preliminary finding, but our sample size of stock ticker symbols was too small to conduct a meaningful analysis. However, we did find that this year’s high performers were 1.5 times more likely than their peers to exceed their organization’s’ profitability, market share and productivity goals, compared to last year’s high performers, which were 1.9 times more likely to exceed goals. — 2015 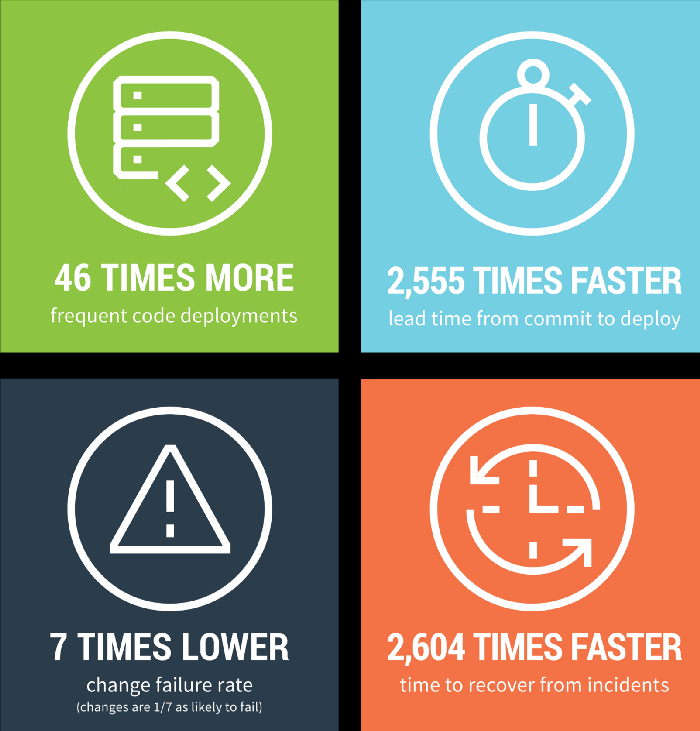 What counts as “low” performance is getting faster

In 2016 low performers deploying every one to six months. 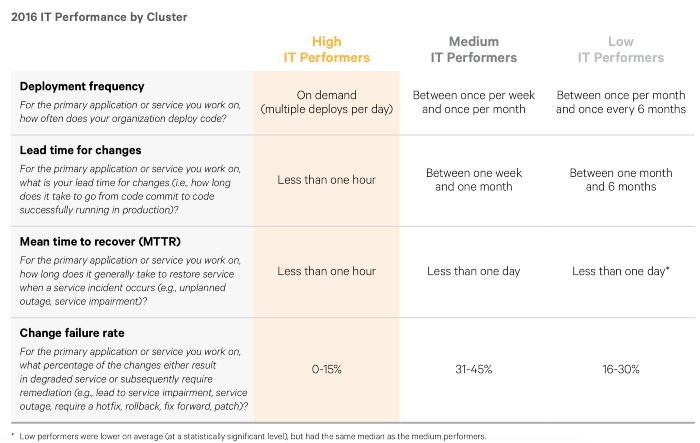 In 2017 they were deploying at least once per month. 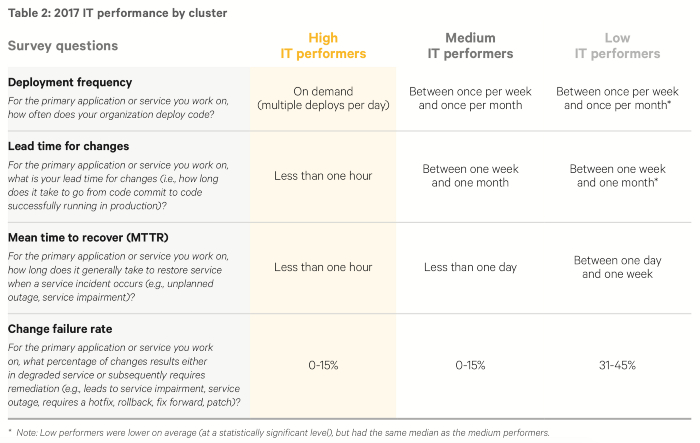 In 2018 some cohort got fast but shy of on-demand fast, while the low performance bar was stable.

What do you call teams that today are slower than low?

The more/faster you ship, the less you go down

In the 2018 report, better availability is explicitly correlated with high performance. And high performance teams are those that deploy faster. Those same teams also recover faster and have smaller lead times from dev to prod.

This is toil. Reading from the book of Site Reliability Engineering [Google]:

Toil is the kind of work tied to running a production service that tends to be manual, repetitive, automatable, tactical, devoid of enduring value, and that scales linearly as a service grows

High performers uniformly minimize or outright eliminate toil. And remember, high performers also are twice as likely to outperform their against their own business goals (revenue, profitability, etc).

I’m amongst the first to be skeptical about anything coming out of FANG [etc] companies being applicable to anyone else. But this is a clear case where it’s not just true for Google; it is also true for all of us.

What does focusing on quality mean?

At the “elite” level the best case scenario for doing “new work”, aka creating business value, is 50% of the time. This means that the highest performers have 50% overhead. FIFTY PERCENT.

Considering the anecdata I hear from many engineering leaders, we’re all lying to ourselves and each other.

Something super interesting happens between the low and high performers. We get stuck.

Medium performers have the highest amount of manual work on all dimensions. 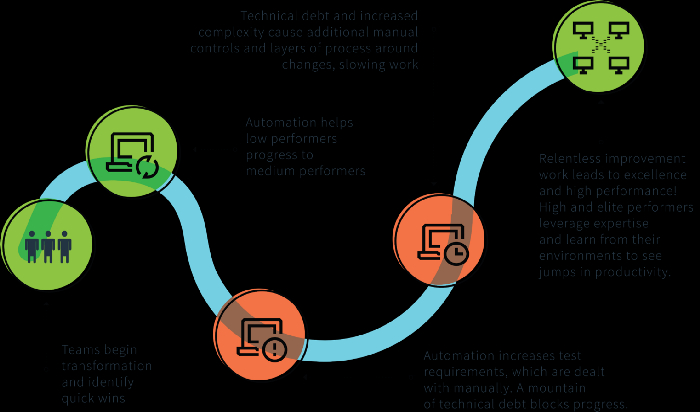 This same pattern happens in startup go to market growth, hype cycles, or becoming an expert in any field of endeavor.

In my experience, very few organizations want to do that kind of work or create the culture and incentives necessary for it. It’s not sexy. It’s not motivating. There aren’t quick wins anymore. It’s mostly manual labor.

This, to me, is the most interesting point from the report precisely because it’s such a common pattern that crosses disciplines. The only answer is: do the effing work.