The Important Jobs We Ignore 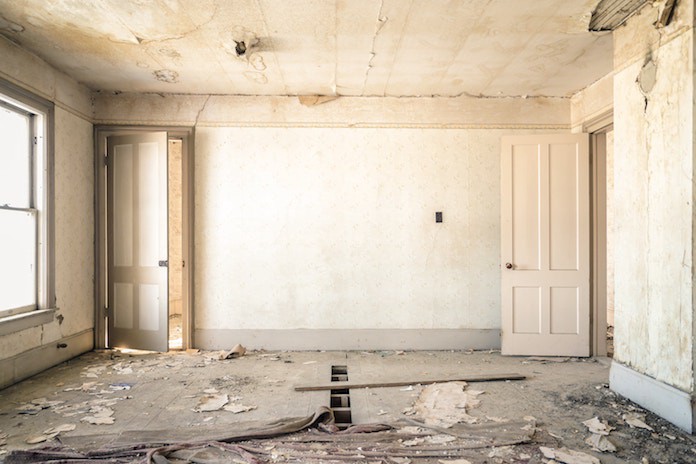 If you keep it up, you’re going to end up as a plumber cleaning out poo pipes, my teacher hissed. The students in my class roared with laughter. I was bored and got caught goofing around. So, filled with fire and brimstone, my teacher threatened me with career purgatory in the form of a plumber.

But my teacher’s words struck me. I didn’t know anything about plumbing but cleaning out poo pipes sounded terrible. I remember feeling bad knowing there might be a student in my class whose parent was a plumber and they were probably feeling ashamed. How could a teacher make fun of someone that enabled them to drink clean water and flush their toilets? Was it fair to characterize a plumber’s job as a punishment?

In grade school, parents would come visit our class and share about their jobs. I remember kids making fun of some of these people. It would destroy the classmate whose parent was being made fun of; their hero and friend was being mocked because their job was looked down upon.

The message was consistent and pounded into my brain like a nail during my twelve years in public school. It came across that getting good grades and attending college was the primary purpose for learning. There was only one path to success, and it went through college. Any other career path or learning source was looked down upon by just about everyone; primarily via a deafening lack of advocacy, if not outright verbal disparagement. The message was clear: the work of building homes, welding bridges and helping people access water and electricity were all viewed as second-rate, for the less intelligent, and a sort of failure to be looked down upon and avoided.

To be fair, this message was coming from lots of directions, not just public school. It was hard to avoid, and it being the pre-internet age, we did not have many counter-cultural voices to speak out against it. We didn’t have a Mike Rowe to champion the trades for us. So, I graduated from high school in 1999 in a similar situation as most of my peers, with exactly zero skills. It’s a pretty depressing feeling realizing that after 18 years of life, and 12 years of public school, that I wasn’t much use to anyone. I was realizing that I was not prepared at all to go out and add value to the world. In fact, my education was just beginning.

Starting my education over after high school

The next ten years or so were a blur of lessons I mostly should have learned when I was younger. I had several jobs, started a family and moved several times. I learned how to work hard at a railroad job; I learned some fine carpentry skills building high-end kit homes; I learned persistence polishing concrete; and I developed an appreciation for a wide range of trades working for a contractor in Portland Oregon. But I was restless and didn’t quite know why.

I wanted to work on problems that others ignored. What those problems were, I had no idea. I figured the best way to find out was to start my own business and find ways to help people. So in 2010, I decided to take the plunge. I had no idea what I wanted to sell, but I wanted to learn about supply and demand and figure out how to add value to customers. I chose Craigslist to be my sandbox, and with the encouragement of a couple friends, I started buying and selling items on Craigslist, adding value where I could. It ended up being profitable from the very first day!

Learning how to repair appliances

About six months later I discovered an opportunity that existed for those who learned appliance repair skills. I was living in Portland Oregon at the time and was seeing dozens of nice looking appliances being thrown away every day on Craigslist because of small problems. One day, I had an appliance repair technician come to my house to buy a broken dryer that I had rescued. While there, he gave me some advice that completely changed my life. He told me that the appliance he was purchasing from me was very easy to repair and would likely cost less than a dollar to fix. He even left me with the part so I could fix the next dryer that I got my hands on. So that’s exactly what I did.

Over the course of the next several months, I slowly taught myself how to fix washers and dryers by watching YouTube videos, reading forums and through trial and error. I had no idea where else to learn the trade and I didn’t know anyone or have any connections in the appliance repair business. I eventually became proficient and frequently I wrote about my new journey on my blog, ReCraigslist. That’s when things got interesting.

The response from my readers was overwhelming. I had dozens of people privately email me to ask if I would consult with them and teach them to repair appliances and start their own small business.

So I began teaching students across the US and Canada through phone calls, video chats and emails the skills they needed to be successful in the appliance repair business. After six months, I realized I needed to create a more efficient way to teach the material, so I built an entire online course with training videos and various other resources that students could go through at their own pace. Since then, several hundred students varying in age from high school students to retirees have gone through the course, with several dozen starting their own appliance repair business.

Everything came full circle from my observations of how the trades were treated when I was younger. These people were hearing about the appliance repair trade for the first time because it was never a part of their education. When they read my stories about appliance repair, they immediately reached out. It’s amazing what happens when people find out more details about a viable trade. They want to learn it! The bigger revelation for me however, was how effective and efficient technology could be in teaching someone appliance repair skills online. If someone can learn to repair appliances online, they could learn other trades as well! And they could do it from home at a low cost without the crushing five to six figure college debt.

So I started asking questions about all the other trades, besides appliance repair, that are relatively unknown. How do people hear about these trades if they aren’t talked about in schools and aren’t glamorized on TV and in movies? What if someone wants to learn a trade but can’t afford to pay a trade school tuition? And what if someone could afford to go to a trade school, but it’s several hours away? Why should they have to move? How does a young person learn a trade if their parents or relatives don’t know any trades and they aren’t taught in school? Why should we make kids wait until after high school, when they need to start earning a living, to begin learning the skills that will earn them that living?

It was these questions and a deep desire to help people flourish in their job and life that led me to build Tradeskills.io, a place to learn trade skills online. Our goal is to develop an online pathway that teaches and leads students to the skilled trades and fulfilling jobs. We want to give equal access to a trade education no matter a person’s location, financial status, age, gender or nationality. We believe that everyone should learn a trade. When people become skilled at something, it gives them the confidence that they can learn anything they put their mind to.

We are starting with appliance repair and carpentry. We will continually be adding new material, hands-on projects, and more trades as soon as resources allow. We are just a very small team right now, but we have a big goal. Your support, encouragement, and feedback right now are immensely valuable to us!

Creating a resource to help many generations to come

If we were in junior high or high school today, would we be taught any trade skills? Would it come across that a career in the trades is both respected and a place where people flourish? Technology has revolutionized the world and made the access to information easier, and more affordable than any point in history. Have these changes caused parents and educators to promote the trades? I don’t think it has. There are millions of kids that are still receiving the same message, the same advice, the same lack of exposure and advocacy of an education in the trades that we experienced decades ago. We need an education revolution, and Tradeskills.io is my small effort towards making a difference.

If you believe in the trades, and know someone that would benefit from this message, please like and share this post. Your support and encouragement means a great deal! Would love to hear your thoughts, experiences and stories.

Also, please check out the site at Tradeskills.io

Originally published at recraigslist.com on October 1, 2017.