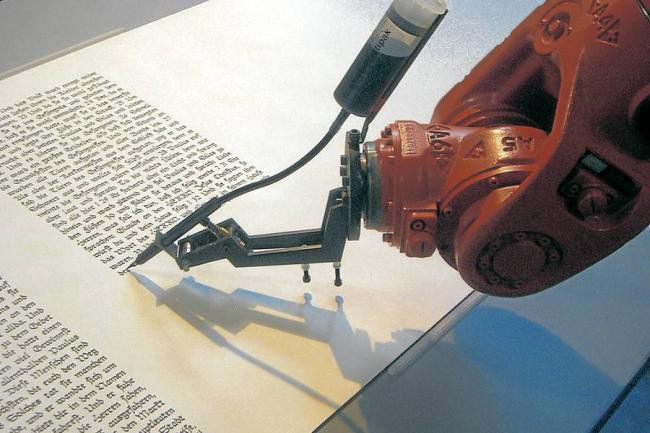 The robot uprising is a very legitimate fear that many people have. Some people believe that it is only a matter of time before robots completely take over the world. They believe that human beings are slowly creating the tools for their own destruction. This fear is only becoming more and more real with the increasing intelligence of AI technologies all around the world. Today, there are robots that write the code that can create other even smarter robots, which makes some people wonder how long will it be before technology grows beyond human understanding?

Well, speculation aside, AI is here with us. Studies show that over 40% of today’s existing jobs could be replaced by automation and AI within the next decade. Already, many manufacturing jobs are being automated, and entire factories of workers are being replaced by robots. It almost seems like no jobs are safe, and one way or the other, machines will take over.

Will Are Jobs Be Replaced?

The answer to this questions is not so simple. There are some fields that are more difficult for AI to penetrate than others. Fields that require the input of human creativity, for example. Creation of art and music, for example. Content creation is another example. However, AI-generated writing on the internet is steadily on the rise. Does this mean that Artificial intelligence will be our new authors?

In 2015, studies showed that by 2020 over 20% of business content would be written by machines. We hit that number a little earlier when in 2017 one in five business articles were not created by humans. And AI is only getting smarter. Predictions have been made that AI could reach the average human level of smartness by 2029. That means AI could be as smart as you and me before 2030, which is just over a decade from now.

When Should We Start Worrying?

That being said, the AIs of today are not very good authors yet. Sure, they can generate text, and sometimes even sound a little human, but it is often pretty easy to figure them out. They are only acting human, which is a huge difference from actually being human. And it shows in the content they create.

The AI writing is here to stay!

The New York Times recently put up a quiz that asked the readers to try and guess which writing samples were written by humans and which were written by AI. 99% of respondents were fooled at least once. Which goes to show how smart AIs have become. Today, Forbes uses Quill, their writing AI, to generate all their earnings reports. Reading through them, it is almost impossible to tell. More and more companies are following suit every day.

So where does this leave you and your writing job? Well, there is good news and bad news. The good news is, AI cannot write very well yet. It will not be taking over the industry completely any time soon.

The bad news is, there are more and more niches that can tolerate AI writing. For example, earthquake reports and baseball reports are almost entirely being written by AI now. Another thing is the fact that all AI written text is very highly optimized for SEO. The machines understand each other, and they do not need to use keywords. And finally, their writing is getting better every day.

The difference between human and AI writing

Today, one of the best ways to tell whether something was human written or AI written is to look out for the voice in the text. Human authors have a voice even when they write. It almost feels like they are speaking directly to you. There is a sort of flavor and a soft touch to human writing that AIs just simply cannot much. This is why human written work is enjoyable and pleasant to read.

AI, on the other hand, is not creative. It can come up with words, organize statistics, but cannot come up with any ideas of its own. And that is why human authors will always win, and why creative jobs are not going anywhere for a long, long time.

If you are looking for human content creators for your articles, you can outsource the job to expert writers from Europe. According to Outsource2EU, when you outsource to Europe, your content marketing is handled with the highest level of human attention it requires, giving you the highest quality human-written articles to impress your audience.

So here is a simple test for you. Was this article written by a human or AI? How can you tell?