Biomass has been recognized as a valuable commodity, especially in the energy sector. It is described as the green product that is seen to effectively produce bioethanol, which eventually can replace fossil fuels.

But the success of producing ethanol from biomass involves an arduous and costly process.

One of these methods is the pretreatment of biomass. According to the Bioenergy Consult, this process is a “critical step” as it improves the physical and chemical properties of biomass in a way that will make it easier to access enzymes. To do this, pore sizes are increased by altering the structure or removing impediments to conduct the next step — hydrolysis.

The end result of the process should have all carbohydrates recovered, a high concentration of sugars, and the maintenance of the pretreatment liquid as free of any detoxification, among others.

After pretreatment, biomass undergoes enzymatic hydrolysis for conversion of polysaccharides into monomer sugars that are a rich source of energy. If the pretreatment is done well, this will increase the yield of fermentable sugars from the enzyme hydrolysis process.

Bioenergy Consult said these two processes are the costliest, making up 70 percent of the whole method in producing bioethanol. One of the major challenges in succeeding in these processes is conducting them with low energy use and low capital and operational expenses.

According to a study published at the BioMed Central, saving up on energy and costs may be done by boosting the biomass concentration at the start of pretreatment and enzymatic hydrolysis.

“This will result in reduced capital and production costs associated with the reduction of equipment size and energy usage for heating, cooling, and mixing,” the study said.

Located in Paso Robles, California, Greenbelt Resources has developed a proprietary waste-to-energy technology called ECOsystem. The technology is used to recycle and convert food, beverage, and other agricultural wastes into sellable and profitable products such as fuel (bioethanol), feed, fertilizer and filtered water.

Through the ECOsystem, the company offers automated proprietary distillation and dehydration modules. This means the process of producing bioethanol through food wastes can be done with a low energy requirement while increasing the yield value and simplifying the complex processes.

Because of its innovative technology, the company was recognized as the Best Biofuels and Biochemicals Solution at the New Economy’s Clean Tech Award in 2014.

The firm has commissioned the first waste-to-ethanol system for Australia-based Standard Ethanol, which aims to bring the end-to-end, commercial-scale advanced biofuel systems to the Australian market.

With Greenbelt’s ECOsystem, the ethanol production is redefined into one simpler and lower in cost than before.

Shockwave Effects On Humanity: Pandemonium in 2020 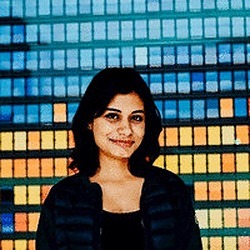