Decentralized Finance (DeFi), one of the most discussed ideas in the cryptocurrency space at the moment, is seen as a harbinger of new possibilities. The wealth of DeFi projects that have shown up in the past few months is extraordinary, matched only by the ICO boom of 2017. 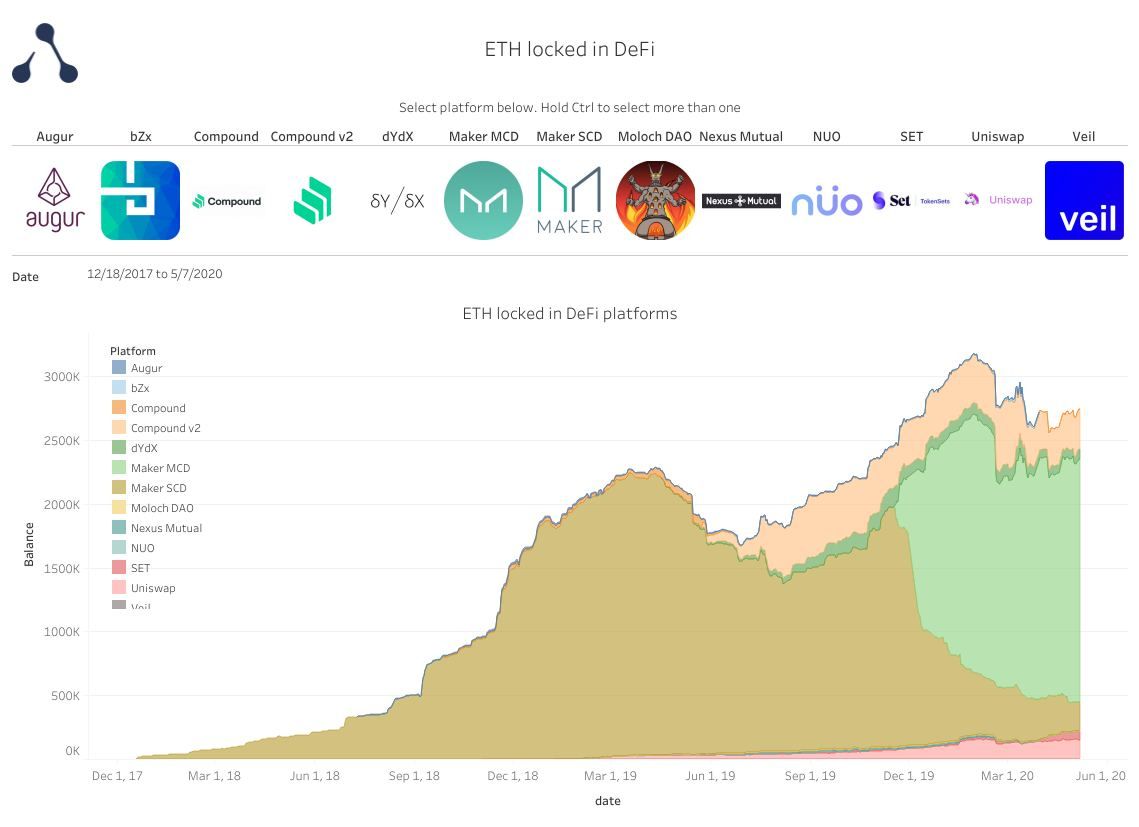 But, like 2017, there are several side-effects with such a boom. The number of unvetted and low-quality projects that are now present is a reminder of how easily people can lose money if they don’t pay enough attention. In some cases, there are outright scams occurring; in others, developers boldly claim that the protocol is unaudited as they release it.

These issues obscure the incredible opportunities available. It is a massive task for new investors to discover a reliable project that meets security requirements. The cryptocurrency space can be difficult; the DeFi space even more so.

Yet there are solid projects that demand our attention, which is why we have chosen the latest DeFi projects that have turned up in recent months.  So without any further delay, let’s look at the top five newcomers to the DeFi market.

C.R.E.A.M. Finance is a lending platform that has been forked from the very famous Compound Finance protocol. Users can supply collateral in any form from a large list of supported assets, which in turn can be used to generate any assets that are supported by the protocol.

There are both upsides and downsides, of course, with one upside being that even though it is one of the most recent newcomers of all the projects in this list, it has gained traction quickly. One other advantage is the fact that it has quite a long list of supported assets, including the major stablecoins, DeFi governance tokens as well as ETH, LINK and renBTC. These are among the most used assets in DeFi.

The downside is the fact that it has gained traction so quickly. While it is so far showing itself to be worthwhile, there is always an element of risk when a new project is released and quickly gains this level of volume. 24-hour volumes have jumped from roughly $1 million last week to over $50 million this week (9th September).

Some might argue that Yearn Finance is not deserving to be on this list because it is already extremely popular. But it was only launched on 17th July 2020, roughly a month and two weeks ago. That might be an eternity in the cryptocurrency space but it is holding -- Yearn Finance is a relative newcomer.

Of course, being so new and so popular at the same time means that there are both advantages and disadvantages. Take a look at the YFI token jumping 35,000% in just one week -- most traders might think of that as a delicious prospect but such price jumps can also work the other way. The founder has even said that the token has no financial value — yet unwary investors are pushing the price up.

On the plus side, Yearn Finance has proven to be a useful tool for traders looking to maximize their yield returns. In a space that has so many new protocols and projects, it can be difficult to know which one to choose and Yearn helps in that regard.

DeFi Money Market (DMM) is a very new project that is still undergoing development. Backed by Tim Draper, the project allows users to earn a fixed interest of 6.25% on ETH, DAI, USDT and USDC, using these assets to acquire real-world assets that get recorded on the blockchain. One notable real-world asset that is already available is automobiles.

The disadvantage is evident: DMM provides a markedly lower interest rate than other DeFi protocols, which some experienced traders might scoff at. It is also a recent entrant to the market, to the extent where it has not picked up traction yet. This could be an advantage, of course, as consistent development could turn this into a lucrative platform.

Though low, the stable yield could be viewed both ways as well -- some investors may prefer a reliable and consistent yield as opposed to a fluctuating one. Another advantage is that users can get exposure to real-world assets, which is compelling in its own right.

SpaceSwap is the most recent of the DeFi projects listed here and is also a yield farming protocol. The developers have described it as a one-stop-station for major DeFi services. It seeks to give liquidity providers additional ways to earn money, besides just adding liquidity to pools.

A key component of the plan to shake up the yield farming trend is MILK, SpaceSwap’s native token. A tongue-in-cheek reference to all the food-based DeFi projects, SpaceSwap hopes that it will bring some rationale to DeFi investing.

Another good thing about SpaceSwap is that the team has built it with the expressed purpose of shifting attention away from some downright toxic projects in the DeFi space. It has a long-term approach to investing, which is how it should be since that is more telling of its value. This approach includes not releasing unaudited code and reducing the development team's share of the rewards.

While the disadvantages are hard to address as the launch only occurred on 10th September, investors will have to keep an eye on SpaceSwap to see how it makes good on its promise to shake up the DeFi space.

Kimchi is yet another protocol named after food, a trend that does not seem likely to fade anytime in the near future. A fork from Uniswap, Kimchi started off the latest round of discussions concerning the untenable short-term skyrocketing of prices in DeFi. In terms of price alone, Kimchi is one of the top newcomers -- but there are several issues here that point to the need for extreme research investment in DeFi.

Kimchi is purely a farming tool for investors, with the best rates available for KIMCHI pairs.

If you thought YFI’s 35,000% spike was something, Kimchi has spiked by roughly 120,000%! Again, this is fortunate for those who managed to get into it early, but there are doubtless many investors who have bought in too late. Such price rises are unsustainable in the long run. It saw $500 million locked in hours, indicating that investors were looking to get into it to make money in the short term. This approach invariably ends in losses for many investors, once the mania subsides.

The disadvantages are huge for something that was so quickly released, like Kimchi. The most glaring of these is that it is unaudited. Some reports even suggest that it could be a scam. The consequences are obvious. Millions are at stake.

So there’s a list of some of the most prominent new DeFi players in the market. It’s by no means an exhaustive list as the DeFi space sees new protocols and solutions introduced almost every day. There’s a reason that a comparison has been drawn to the 2017 ICO boom — everyone is hoping to get a share of the pie.

With a sudden entry of so many projects comes risk, so it’s worth weighing the pros and cons of whatever platform or protocol you’re thinking of using. DeFi is still a new market, so the right standards and frameworks are still being developed. Investors should also note that, because the market is so young, there are still plenty of opportunities for strong returns.

The sheer volume of DeFi projects being pushed out suggests that a lot of it is going unaudited -- and some notable incidents have already occurred. The newer projects, at least the ones learning from the mistakes of those that have shut down, are building more technically robust protocols that do not face the same issues.

The five projects mentioned here are a good representation of the potential of new, more secure projects with richer features and are worthy of keeping an eye on.