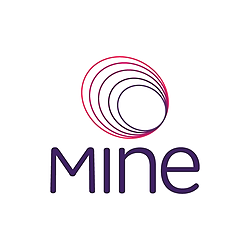 Hello and welcome to the first edition of The Byzantine Times. This weekly publication (each Sunday) will replace our newsletter. This week we released our Q1, 2020 review where we saw one of the most eventful periods in our lifetimes.

In it, we noted that the Silver to Gold ratio peaked at the highest point in recorded history this week at 126:1. It is a remarkable event to have occurred in our lifetimes, 5000 years in the making after the Pharoah Menes set a ratio of 2.5 : 1 around 3000 B.C.
Historically, the ratio was relatively stable until the development of banknotes, especially central-bank bank-notes last century and it blew out to 75 : 1 in 1932 from the long-term average which was more like 15:1.
With a break-down of the modern financial system that looks inevitable and the likely failure of the USD as a reserve currency we will begin to keep a closer eye on money as these events play out.

Some huge moves this week, with oil and gasoline being bid, the VIX coming in and lean hogs taking a huge hit along with cattle and agriculture showing weakness

Interestingly, Bitcoin, Gold and the US Dollar have shown strength at the same time late into the week.
Bitcoin
We’ve been waiting with baited breath for the squeeze of longs in Bitcoin as it rallies outside of its long-term trend channel.

BTCUSD on the Daily

BTCUSD on the 4hr

Volumes had been increasing on the break, before settling back down over the weekend.

With at least a good portion of the market bearish the market is primed for a move. Untested longs are up to 75% in profit but interest in the asset is above long-term averages.

Gold
Where the paper market usually dictates to the spot market in the ‘real’ price with its size and leverage, it looks like the spot market is taking control.
We take this view because
1. Gold traded higher with the US Dollar index also trading higher
USD strength diminishes a gold move
2. The Gold market looked bearish technically before this strength
The technicals were pointing towards a sell-off before 3 days of price increases
3. Unusual statements from Comex and the London Bullion Market Association
In two instances they were reassuring people that there was a lot of gold  (the Financial Times ran an article headlined ‘Gold bars in short supply due to coronavirus disruption’)
4. ABN-AMRO closed all ‘physical’ Gold accounts of clients April 1.
Although the exact reason is unknown we might speculate that they do not want the liability of being unable to cover client accounts in an environment of being unable to procure the commodity.
The end result is that next week is an important week for gold. If it does get higher the entire paper-market is offside in an environment where physical delivery is favoured and where it is said to be difficult to buy any physical gold at all.

US Dollar Index
The US dollar index has been on a yo-yo string of late. Although it had started to come off after the announcement of stimulus measures it has moved positively with Gold and Bitcoin the last couple of days, sitting underneath a long-term up-trend.
Having come off the trend, it will be one to watch over the next fortnight.
We wonder if the US Dollar Index is providing context of banking risk perceptions (USD required for margin and liquidity requirements).

Mere weeks ago it seemed that governments could get the coronavirus threat under control if they acted quickly enough. Equity markets looked hopeful under the nuclear approach taken by the US.
But now, with the numbers coming out of the US, it looks like it will be a much longer timeframe than presumed.
Where Warren Buffett talked about holding airlines, he got out of the positions late this week.
And although the amount of bad-debt is unknown we can say for sure that there is an enormous amount of it out there, and equity markets look like they may take a battering the coming fortnight.
It looks like the virus and global finance situation will become far more desperate in the next fortnight and a lot more serious.
We like Gold for a proper break-out and panic-bid and Bitcoin if Gold makes that move.
Oil is fishy for reasons below and there could be a dramatic change coming there.
We think that more counter-measures will be taken in the US with monetary and fiscal stimulus; especially an enormous facility for bad debt. This would likely include mortgage bailouts if anecdotal reports are true.
As time goes on it may be hard to escape outcomes that promote inflation.

Pressure mounts on MBS
Bad things are coming to Saudi Arabia, or more specifically to Mohammed bin Salman (MBS).
One piece of bad news after another has emerged from the Kingdom in recent years, with kidnappings, extortion, murder, power consolidation, being attacked by Yemen/Iran and scurrying out of the oil industry in a very short timeframe.
Now, after failing at similar action a few years ago in which Saudi lost market share to American oil producers there is a single way to interpret the actions of Saudi Arabia in flooding the oil markets – they are targeting American shale oil.
This is a huge mistake, especially with its timing during a global emergency.
We had speculated that it began with a Russian and Saudi agreement to force the US out of the market. The Russian bargain would be the access to Europe’s energy markets it is developing with its interests across the Middle-East and Africa and Saudi oil would service China and the US.
This in 2020 where the US became a net energy exporter and a global leader in energy production as part of a Trump presidency plan of achieving strategic energy supremacy (we think that Australia has been included in this plan for its coal).
However! After phone calls with Donald Trump, Putin has come out to put blame on MBS as targeting US producers. Saudi fired back that his comments were ‘devoid of truth’. Whatever the reality is will be hard to divine from a distance, but the promise of a deal last week has faded over the weekend.
This type of market-oriented offensive pays no respect to Western consumers who are responsible for an incredible amount of the market, directly and indirectly. Until Donald Trump brought China to its knees during trade negotiations the Western World had failed to use the Western consumer as a geo-political weapon.
Similarly, this action was shortsighted against ‘tariff man’ Donald Trump who has no problem limiting access to markets.
In fact the neo-liberal doctrine of free-markets that had been followed so blindly after the fall of the Soviet Union and failed disastrously with the emergence of the Chinese state (as a superpower and now as a bad actor) is unequivocally a thing of the past. The battle-ground for markets now includes all options.
However the moves came about, this opinion is that MBS’ attempt to cut America out at the knees here will be taken as a final act of bad faith that he will not recover from. His pursuance of dramatic, absolutist and ham-fisted positions where all the toys are thrown out of the cot will see him taken as a child or a madman.

There Will Be Blood

Things are heating up with the Russian involvement in the middle-east. Being a regime of gangsters and stand-over types their strategies are fairly typical and could easily include creating the perception of false disagreements as misdirection.
Whatever the real situation is they lack the nuance to achieve their (20th or even 19th century at best) objectives of a now ancient imperialism. After successfully adopting a strategic goal of developing tactical assets to counter the Western worlds ethereal theory (on markets, governance, liberalism and globalisation) that could be distilled as Gold, Guns and Oil they may not be able to compete with the new US Foreign Policy that is (finally) now also tactical. It will be interesting to see if the Russian leadership and rank and file are culturally sophisticated enough to pivot on the reinvigorated American foreign policy stances – at the least they must develop some respect for how the US managed to maintain a relative balance in energy markets for so long. Similarly, they have missed an appreciation for the fragility and importance of these markets, that are fully dependent on a western consumer that has already been weaponised against China.
When/If Europe develops leaders like Donald Trump, the emergent trajectory of Russian power would be under stress. In any case there is a big game underway with Russia’s ambitions.
Overall, this geo-political situation has massive implications for the petro-dollar, for the USD as a reserve currency as well as potentially generating massive bad debt in the US. It diminishes US importance and relevance in the Middle-East, risks the future of the state of Israel, the future of Europe and promotes the development of a situation that the UN Secretary-General warned against last year – the emergency of two global trading blocs. Do we add Saudi Arabia to Russia, Iran, China, North Korea and Turkey acting as malcontents to the global order?
Part of the solution ought to be, as always, Buy Bitcoin.
By Thomas Kuhn, CFA for Mine Digital