The Bitcoin People: Lovers, Haters, and Those Jumping on the Bandwagon 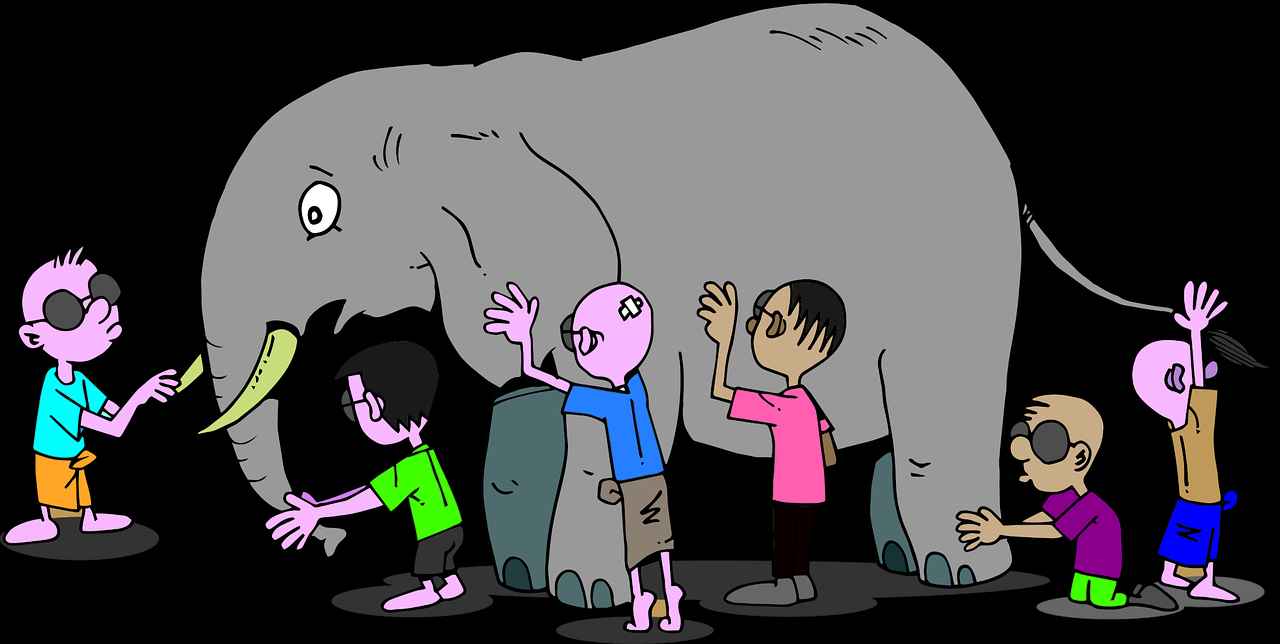 Die-hards, celebrities and haters of the biggest cryptocurrency

Crypto is a noisy space. From a coin that was primarily used to buy drugs and other vice materials on the silk road, Bitcoin is now a global topic. Even people that do not follow Crypto closely have at least heard of the term “Bitcoin”

While this is positive for the space to develop, at times it looks like everyone is an expert on Bitcoin and would like to provide their “expert take” on the future of Bitcoin.

From calling it a “scam” to labeling it to be “bigger than the internet”, it is fair to say that we have a wide range of views on Bitcoin. This prompted me to collate a list of opinions people from all walks of life have towards Bitcoin.

Read on and (finally) get a break from all the negativity surrounding the space recently!

These are the people who saw Bitcoin’s massive potential to replace fiat, gold, banks or whatever is wrong with the current financial system. Most of them became Bitcoin millionaires by investing during the early years and even built products related to Blockchain technology or Bitcoin.

One early adopter that I follow is Barry Silbert, CEO of Digital Currency Group (DCG) one of the most active investment funds in the space. Barry himself likened Bitcoin to “digital gold”, one of the core reasons for his bullish on Bitcoin.

During February 2019 when the price of Bitcoin was still below $4,000, he was quoted in a CNBC article saying this

“I’m convinced that whatever money is in gold is not going to stay in gold… That gets handed down to millennials — I’m highly confident a lot of that will go into bitcoin.”

Labeling Bitcoin as digital gold is a common reason provided by supporters of Bitcoin for the cryptocurrency’s bright future. Scarcity is one of the components that gives gold its value as a commodity and hedge against market volatility.

Similarly, Bitcoin has a fixed supply of 21 Million after block rewards for mining stops. To reinforce that point, many Bitcoin evangelists will divide the total population’s figure with the total supply of Bitcoin to prove the point of scarcity.

However, what is not mentioned in making the point of scarcity is that Bitcoin can be divided into eight decimal places. Furthermore, this assumes that there is a demand for Bitcoin from the entire global population.

That being said, it is reasonable to assume that digitally savvy millennials are more open to investing in Bitcoin and will do so after receiving inheritances from their parents.

Another Bitcoin Evangelist that I follow for his often controversial views is Tone Vays, a researcher and "Bitcoin Maximalist" who used to work in the banking sector.

What I find interesting about Tone is how he is continually bullish on Bitcoin for different reasons from the masses. For example, he has recently stated that Bitcoin's current hash rate, an 800% increase from year 2017 is "Incredible".

What you should note is that while Tone Vays continues to be bullish on Bitcoin, he does not succumb to hype and usually calls it out. He was skeptical of the bull run this year, as according to him there were no new users that entered the market.

This voice of reason in time of major hype and speculation is useful in making rational decisions at all times.

However, Tone's support for Bitcoin has led to him criticizing other cryptocurrencies, sometimes unfairly in my opinion.

Calling Ethereum "..always fraudulent, from day one", his criticism of Ethereum, is on the basis that many users buy ETH to make a profit and hence it should be treated as a security.

This does not take into account the new possibilities provided by the new technology and significant steps taken in the Decentralized Finance space on the Ethereum platform.

Where there are supporters, there will always be haters or critics for anything considered significant. Bitcoin is no exception. Bitcoin has and still does come under heavy criticism and strong attacks for many do not see any value in this nascent asset class.

Some of this criticism has most notably come from Warren Buffett, one of the most successful investors of all time. One of his quotes, as reported by CNBC, is that

“Bitcoin has no unique value at all… It is a delusion, basically.”

Another Bitcoin critic, Nouriel Roubini (also known as “Dr. Doom” for his prediction of the 2008 recession) has called Bitcoin the “mother of all scams” but has recently admitted that Bitcoin does provide a “partial store of value”

From Warren Buffett and Nouriel Roubini, Bitcoin is not “backed” by any asset, such as company stocks that are backed by cash, property and machinery for example.

Furthermore, numerous scams and overselling of Bitcoin as an asset that will help you “get rich quick” serves to support their criticism of Bitcoin. This point is addressed by the increasing savviness of users to filter out scams themselves.

Another criticism of Bitcoin is that it facilitates illegal transactions such as money laundering, with nobel prize-winning economist Joseph Stiglitz sharing such sentiment.

In this interview with the Financial times, he had this to say

“If you open up a hole like bitcoin, then all the nefarious activity will go through that hole, and no government can allow that.”

Josepth Stiglitz's main argument is that regulators will come down hard on Bitcoin activity as Bitcoin has been used for certain illegal purchases on the silk road and it has been used by criminals to launder dirty money.

However, that is not completely true, as money laundering through Bitcoin will leave a trail to the criminals eventually. Transactions are recorded on a public, transparent and immutable ledger of records.

While arguably these transactions can be mixed with other legitimate transactions, with time an effort it is possible to put together the pieces and ultimately track the criminals.

Having celebrities who lend their names in support of Bitcoin never hurts publicity. Admittedly, some of them have lent their names to promote Initial Coin Offerings (ICOs) for their monetary gain.

However, some celebrities have accepted Bitcoin as payment for their merchandise and some of them are even investors in Bitcoin firms.

One such celebrity who took the jump to be an investor is hip hop icon, Nas. Nas has invested in Coinbase and when asked about Bitcoin in a Coindesk interview, he had this to say

“[Bitcoin] will evolve into an industry as big, if not bigger, than the Internet…This isn’t of the Internet age, bitcoin is its own age.”

Ashton Kutcher, the actor famous for his role in sitcoms such as "Two and a half men", is another celebrity who is bullish on Bitcoin and its possibilities.

He has invested in BitPay, the payment processor for Bitcoin payments. Speaking at TechCrunch a few year back, spoke glowingly of Bitcoin, saying this

“The notion that we could civically monitor each other in an anonymous way actually keeps the anonymity of the Internet, we don’t have to worry about Big Brother and that same infrastructure that built out bitcoin could be used in the security industry for mass good"

To me, endorsements of Bitcoin by celebrities who are not in the space holds more weight than most crypto Key Opinion Leaders (KOLs) who shill their products.

After all, mass adoption is achieved through new people learning of Bitcoin and becoming convinced by it. Not by promoting the value of Bitcoin to the community of people who are already convinced.

Who Do You Listen To?

The point is until Bitcoin has proven itself to the vast majority that it is here to stay, there will be plenty of (unnecessary) noise.

At the end of the day, listening to a wide range of opinions from people from different backgrounds and making judgments on your own is essential to having a balanced point of view.