The Best Companies Built On Top Of Slack 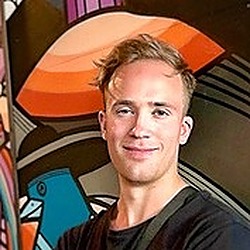 Entire companies are being built on top of the worlds fastest growing software.
Slack, a company expecting to surpass $600 million in annual recurring revenue is still growing at an upward pace of 55% year-over-year, they have over 100,000 paying customers, and their net dollar retention is 134%. (Stats provided via Slack's Third Quarter Fiscal Year 2020 Results)
With such meteoric growth, third-party products are opting to build entire companies on top of Slack’s booming platform which recently reached 2,000+ apps.

Slack is also doing its part to enable these companies to build on top of their platform. As part of their recently minted $80 million venture fund (The Slack Fund), Slack has invested in the like of Onna, Troops, Lattice, Polly, and many more to enhance the Slack experience.
Sahil Lavingia, Founder & CEO of Gumroad and popular SaaS Twitter philosophist is bullish on Slack too.

Here’s a list of 8 companies who have built on top of Slack:

1. Onna - Giving you control over your Slack data.

Onna makes the process of collecting all of your companies Slack data a breeze. Native Slack capabilities don’t give you the ability to find and extract target pieces of data (known as Slack eDiscovery). Onna gives companies the ability to search through their data to find exactly what they need.
The growth of Onna has led to fundraising led by Dawn Capital and participated in by Slack themselves.
Norman Fiore, General Partner at Dawn Capital, said: "Helping employees find, organize and protect crucial business information when it sits across all these apps is a big challenge. Onna's solution has already seen great traction in eDiscovery with a legal use case, with annual recurring revenue having more than tripled over the past year."

"But Salim (Onna’s founder) and the team at Onna rightly recognize the opportunity is much bigger. By building an internal search engine for enterprise and giving all employees fast access to their own information, Onna can be an industry game-changer."

Halp gives Slack users the power to assign, prioritize, and answer requests from Slack with ease improving response times, employee happiness, and overall productivity.
Co-founder and CEO Fletcher Richman created Halp when he realized that while workplaces were moving away from email-based communication and towards conversational messaging, internal ticketing remained inefficient and stuck in the past.

Richman said in Halp’s seed funding press release, “The way people work is fundamentally changing and the systems we use in the workplace need to change as well,” said Richman.

“Conversational messaging is the future, and with this funding, we are helping companies upgrade their legacy ticketing systems and solve internal problems faster and more efficiently. As a result, our customers have happier employees, better employee retention and more"

3. Troops - A better way to sell for sales teams that Slack.

Troops makes sales a team sport - empowering people, automating workflows, and supercharging sales performance. In short, it automates routine sales management activities and creates visibility into important deals through integrations with employee emails and Salesforce.
Troops founder and chief executive officer Dan Reich, who previously co-founded TULA Skincare, told TechCrunch he opted to build a Slackbot rather than create an independent platform because Slack is a rocket ship and he wanted a seat on board:

“When you think about where Slack will go in the future, it’s obvious to us that companies all over the world will be using it,” he said.

Troops has raised $12 million in Series B funding in a round led by Aspect Ventures, with participation from the Slack Fund
Notable companies using Troops include: Slack, HubSpot, Intercom, WeWork, Looker, Lyft, Square, InVision, and more.

4. Polly - The best way to measure your most critical workflows in Slack.

Whether you’re on Slack or Microsoft Teams, Polly helps you get timely feedback from the right people, at the right time, in the right place.

“As modern workflows move to real-time messaging platforms, Polly enables enterprises to get a holistic picture of their customers, employees, product, and brand.”

“Performance management can feel like extra work. Frequently, employees need multiple reminders to fill out a performance review, forget to give each other feedback, and never set goals. Employees want to use HR software that feels and works like the apps they use in the rest of their lives — this dynamic exists in every organization.” Lattice said in the blog post discussing their Slack integration.

If your team is like Slack’s, or any of their millions of users, you are living in the Slack app every day. Now, you won’t ever need to leave Slack to give your teammates feedback and praise, turn on a constant stream of recognition or give helpful nudges to your team when they need to do something for you (like writing that peer review).
Lattice raised $25 million in Series C funding led by Tiger Global Management with participation from the Slack Fund.
Notable companies using Lattice include: Slack, Reddit, Asana, Cruise, Samsara, Button, Clio, and more.

It makes sense to want to customize your Slack as much as possible, but for free accounts, you can only add up to 10 Slack apps. If you want more, you’ll need to upgrade your Slack plan.