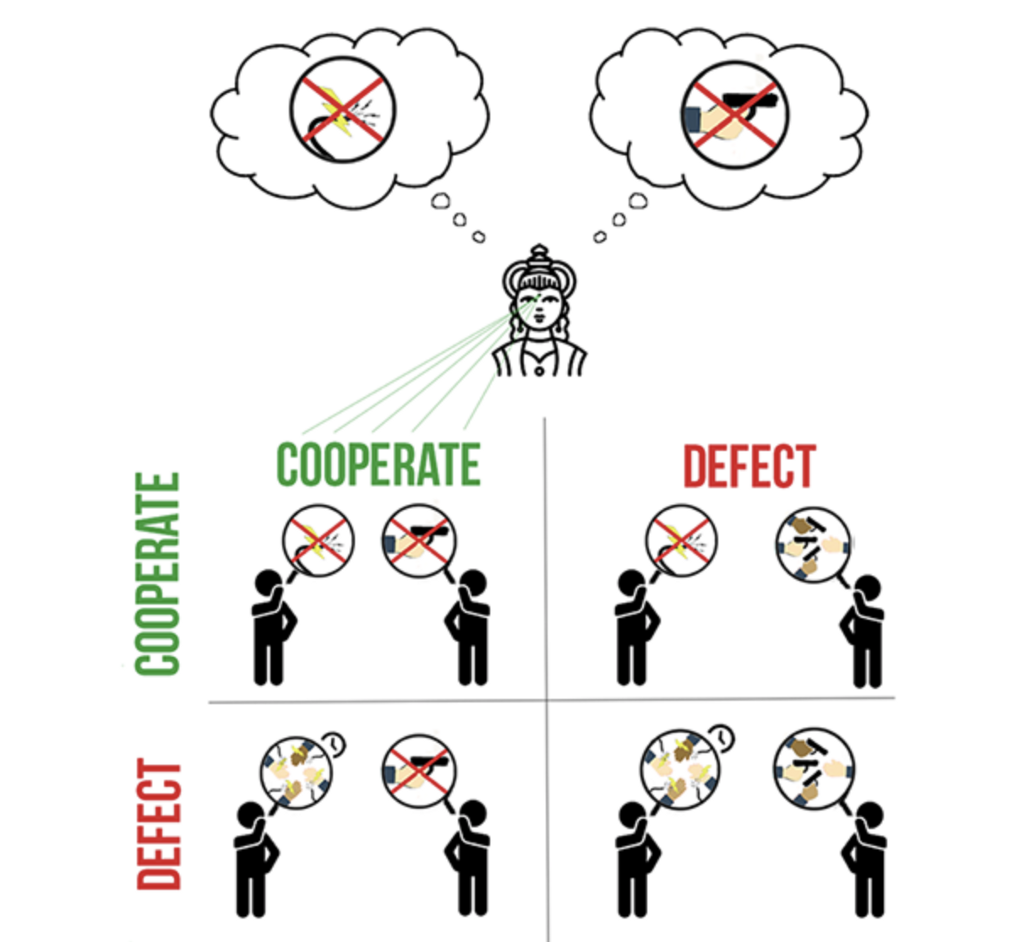 On my startup journey, there’s something I’ve been saying to those in the startup space that resonates with them:

Now before getting upset, let me clarify. I’m a big believer in blockchain solutions and applications (as many of my friends that have suffered through my numerous diatribes would attest). The possibilities that blockchain and Web 3.0 can introduce are incredibly exciting and there are many people and organizations making this vision a reality (for one of my personal favorites, follow Kevin Owocki — Founder of Gitcoin).

While these could be correct and beneficial, I’m speaking to something bigger when I say it. There are two concepts I’m referring to:

2. Creating an environment of how things should be, by providing a place of trust where previously, there was none.

How many times have you been in a situation where you said, “Yes, I know ‘Y’ is how it should be, but that only works if everyone does it at the same time — and since we don’t live in that world, we have to stick with ‘X’.” This is a classic example of The Prisoner’s Dilemma (For more information on the Prisoner’s Dilemma and Game Theory, check out — The Evolution of Trust)

The Evolution of Trust

To better illustrate this, I’m going to pull an example from Scott Alexander’s “Meditations on Moloch”. In the example, he speaks about a country where there are two rules. One, everyone must shock themselves for 8 hours a day and two, if anyone fails to follow rule one or speak out against rule one, all other citizens must unite to kill the dissenter.

Everyone hates these rules and wishes they were different but no one is willing to risk not following them on fear of death. These rules could be defied if everyone decided to follow new rules at the same time, but since there is no way to actually coordinate that, no one is able to trust that everyone will cooperate with each other and not kill one another.

While an extreme example, this is the type of problem that blockchain applications can help us solve. By using coded rules and economic incentives, blockchain apps enable a new type of economy. One where everyone can trust that everyone will do the right thing at the same time, allowing people to cooperate and have a better outcome.

To help illustrate this further, let’s apply it to real world example. At Govrn, we’ve found one of these scenarios and are using a blockchain solution to help fix it.

Today it takes a lot of money to run political campaigns (and the cost is only increasing). As a result, politicians spend massive amounts of time fundraising and “dialling for dollars” instead of spending that time fixing the issues. Politicians do this because they don’t have a guarantee that even if they fix the issues, that their constituents will learn of the fix and support them for reelection.

On the other side of the coin, we as constituents have a problem with giving to our politicians today. We’re afraid of giving to a politician that says they will do one thing but then doesn’t follow through on what they said. We want to give to a politician that gets things done but we have no good way to communicate our conditions of support to the politician. This means that politicians ends up moving to special interests groups that can make these types of promises.

Both the politicians (who want to spend more time fixing issues and less time fundraising) and the constituents (who want to support good work being done in government) wish there was a better way but have no way to coordinate such, and ultimately neither want to get the short of the stick.

If politicians fix the issue and don’t receive the donation, then they can’t afford to run for re-election, and if the constituents give money without the issue being fixed, then constituents feel as if money is wasted and that they aren’t being listened to.

At Govrn, we are enabling people to move to box number 1. We’re developing a platform that enables politicians and constituents to trust and work with each other. Our platform allows you to participate in outcome based donations, which means politicians only receive your support, if and when they fix issues affecting you. This way the politician can spend more time solving issues and less time dialling for dollars.

That’s why nobody will know it’s a blockchain app. They’ll just know it as a way to empower and move society forward.

If this interests you, come check us out and join us at Govrn.io. Aaron is the Founder and CEO of Govrn and when not working on his startup, you can find him hitting the slopes in Tahoe.

Related Stories
Subject Matter
Did the FBI Hack the Bitcoin? by @ikuchma
#bitcoin
The Essential Guide to Proof of Work (PoW) in Blockchain by @bybit
#bybit
Financial NFTs Will be the Real NFT Boom by @elizabeth-levine
#nft-top-story
Gamification through Tokenization Can Disrupt the Fitness Industry by @Ishan Pandey
#fitness
GraphQL, the Universal Query Protocol, and the Free TON Blockchain by @freetonhouse
#blockchain